Emily Dumler stopped planning the rest of her life – or even her year – after two failed cancer treatments left the mother-of-three, then just 34, with six months to live.

But the failure of the second treatment became the best thing that could have happened to her, qualifying Emily to become only the third person in the world to receive an experimental immunotherapy that saved her life.

Now, at 36, she has been in remission for over two years and said that immunotherapy saved her life and is the ‘future of medicine, but it isn’t a walk in the park.’

Emily Dumler was 32 years old when she was diagnosed with non-Hodgkin’s lymphoma in October 2013. Pictured: Emily, left, and her husband Scott, right, in May 2013 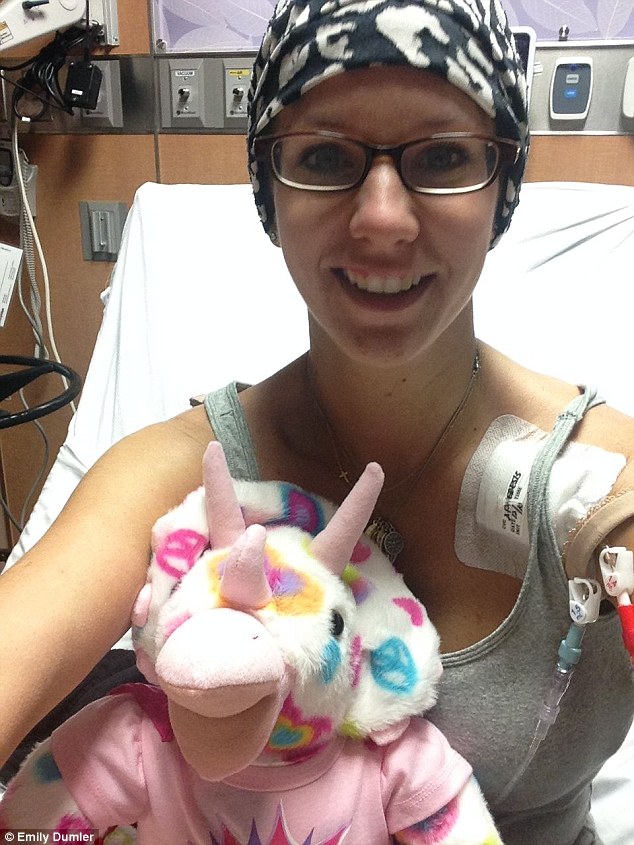 Emily had multiple unsuccessful cancer treatments, including chemotherapy, before she signed up for the immunotherapy clinical trial

‘You never really think a cancer diagnosis will happen to you.’

Symptoms of non-Hodgkin’s lymphoma include fever, enlarged lymph nodes, weight loss, and shortness of breath. However, Emily didn’t experience any of those symptoms.

‘I had no signs,’ she said. ‘Not even one thing that I could pinpoint.’

Emily, who’s the director of religious education at Sacred Heart Church, said the only sign she had was an upset stomach, which occurred the day she was admitted to a local hospital.

However, Emily, who was at a friend’s house supervising a play date, knew something was wrong when she went to the bathroom and noticed a significant amount of blood in her stool.

Emily called her doctor, who urged her to go to the hospital.

She went to urgent care, thinking it would be a quick visit, but doctors kept her in the hospital for 43 days because she had immune thrombocytopenia purpura (ITP) – a condition characterized by low levels of platelets, blood cells that prevents bleeding.

‘This is a very serious condition,’ she said. ‘If you were to just slightly bump your head you can have internal bleeding.’

During that period of time, doctors performed a series of tests and treatments, including 50 blood transfusions, steroids, and a splenectomy, a procedure that removes the spleen. 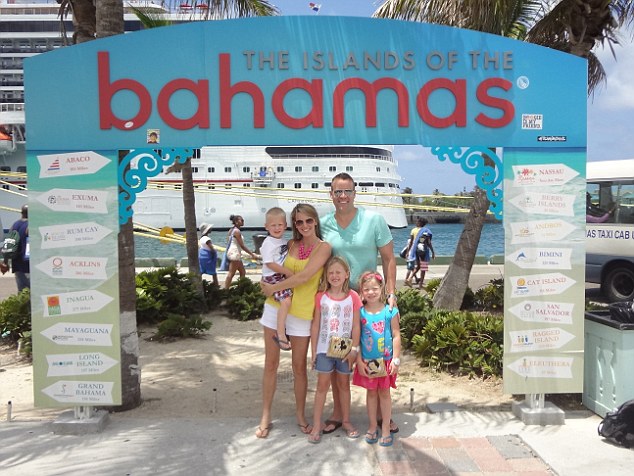 Emily at the Bahamas with her family in May 2013, five months before she was diagnosed with non-Hodgkin’s lymphoma

Emily was placed on chemotherapy to boost her platelet count in the hopes that this would help her blood to clot, preventing internal bleeding.

‘I was on chemotherapy before they even knew I had cancer,’ she said.

Emily said it was a bittersweet feeling when, after undergoing a PET scan, the doctors diagnosed her with non-Hodgkin’s lymphoma and realized the ITP was a symptom of the disease.

‘I was relieved because we knew what we were dealing with,’ she said, adding that if she hadn’t been diagnosed she could’ve died from that symptom alone.

Non-Hodgkins Lymphoma is a cancer that starts in white blood cells called lymphocytes, which are part of the body’s immune system.

After six rounds of chemotherapy between October 2013 and January 2014, the non-Hodgkins Lymphoma – which was located in her small bowel – went into remission.

During a routine colonoscopy in August 2014, doctors discovered the cancer had returned.

‘I was devastated,’ she told Daily Mail Online.

‘Reality sunk in that this is going to be really challenging to get rid of at this point,’ she said.

In January 2015, she went to MD Anderson Cancer Center in Texas to receive an autologous stem cell transplant, a treatment used for patients whose lymphoma has relapsed or not responded adequately to treatment.

HOW DOES CAR-T TREATMENT WORK?

In a lab, a gene is then inserted into the T cells that prompts them to grow a receptor that targets a special marker found on some blood cancers.

Millions of copies of the new T cells are grown in the lab and then injected into the patient’s bloodstream where they can seek out and destroy cancer cells.

Doctors call it a ‘living drug’ – permanently altered cells that continue to multiply in the body into an army to fight the disease.

For the risky procedure, Emily was placed on high doses of chemotherapy to kill all the cancer cells. The procedure also killed and bone marrow – which produces blood cells.

Then they put stem cells – which were collected from her bone marrow weeks before treatment – back into her body to ‘refresh the immune system,’ allowing the bone marrow to produce new blood cells’ she said.

However, in April she found out the transplant did not work.

‘At that point, you’re kind of out of options,’ she told Daily Mail.

Emily, who was down to 88 pounds after the stem cell transplant, was told she had just six months to live.

Feeling hopeless, she stopped making plans with family and she stopped buying new clothes because she didn’t think she’d be around long enough to wear them.

‘I wouldn’t book a trip because we didn’t know what the summer would bring or if I would even be there,’ she said.

‘I didn’t want to give up hope, but at the same time I felt hopeless,’ she said.

In May 2015, Emily’s doctor told her that the only chance of survival was a clinical trial that used a type of immunotherapy called CAR-T (chimeric antigen receptor therapy) to treat cancer. 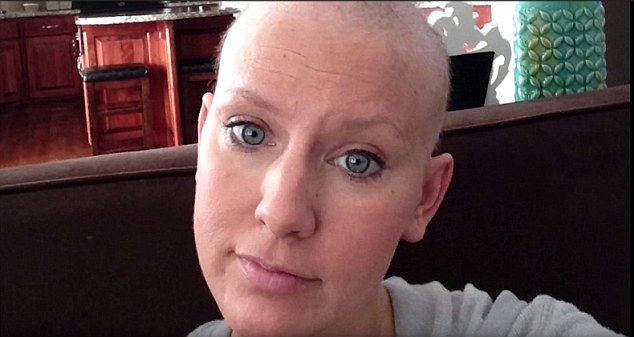 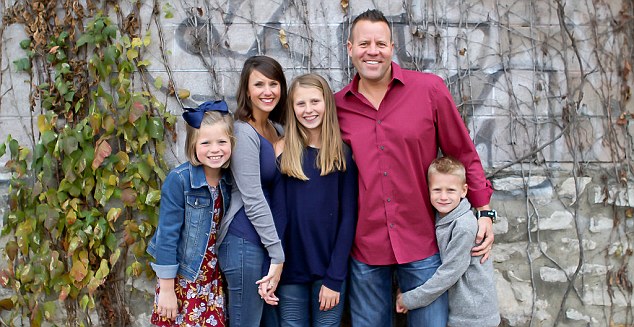 After some research, she realized the immunotherapy clinical trial was opening the following week at the MD Anderson Center.

She reached out to organizers of the trial to see if she was eligible.

Emily heard there was one spot left in the experiment and she snagged it.

‘This was the first time I felt hopeful,’ she said. ‘I was happy to have something that seemed promising.’

The CAR-T therapy involves removing a patient’s T cells and genetically engineering them to recognize and attack the patient’s tumors. The T cells are then put back into the patient’s body.

Her cells were then shipped to a lab in California so scientists can re-engineer the T cells with receptors that bind to proteins specific to cancer.

‘Those receptors seek out cancer cells in the body that can hide from the immune system,’ Emily explained.

Once the receptors seek them out they destroy them.

Emily didn’t get the T cells until two months later in July.

‘It was a hard time to sit and wait,’she told Daily Mail Online. ‘I was deteriorating and I was in a lot of pain.’

When she got the cells back, they were infused into her blood through an IV. That took about five to 10 minutes.

Emily became the third patient in the word to receive the immunotherapy treatment for non-Hoddkins lymphoma.

While the immunotherapy did give Emily new hope, it wasn’t an easy process. 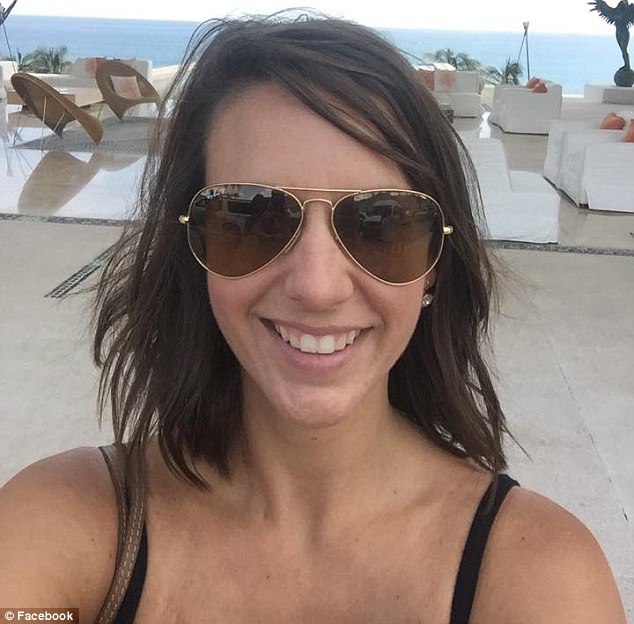 Emily is the third patient to receive CAR-T immunotherapy for non-Hodgkins lymphoma. Pictured: Emily in October 2017

‘Immunotherapy is not a walk in the park,’ she said, adding that she was hospitalized for nine days following the treatment.

‘The beauty of immunotherapy is that is harnesses your own immune system to fight cancer,’ she said. ‘But it comes with serious side effects.’

Those side effects included high fever, achiness, neurotoxicity, low blood pressure, and a high heart rate. She felt like she had a sever case of the flu.

However, the scariest symptom she experienced was loss of cognitive function.

‘[The doctors] asked me to write about what I love about where I from,’ she explained. ‘I wrote something down on a piece of paper and handed it to them, thinking that I had answered the question’ but it was a bunch of scribbles.

This side effect only lasted about 36 hours, but at the time doctors didn’t know what to expect since the treatment is so new and she’s the third patient to ever receive it.

A month later she went back to Texas for scans and it revealed she was in complete remission.

‘They actually think the cancer was probably gone within days of receiving the T cells,’ she told Daily Mail Online.

Doctors are calling her cure a miracle and believe immunotherapy could be the future of cancer treatment.

Emily, who’s been cancer-free for two years, credits her remission to the multiple failed cancer treatments.

‘In order to qualify for the CAR T trial, I couldn’t have had an autologous stem cell transplant,’ she said.

‘It was a bummer that the stem cell transplant didn’t work, but really down the road it all worked out for my benefit.’