‘Enjoy those precious moments!’ Mother of conjoined twins who beat the odds to be successfully separated tells of her delight

A mother of successfully separated conjoined twins has provided some advice for Pakistani mother Zainab Bibi, whose twins survived a similar operation this week.

Zainab’s conjoined twins were born with their skulls and blood vessels fused together in Charsadda, Pakistan two years ago.

Against the odds, the pair survived.

Angela Formosa gave birth to twin daughters – Ruby and Rosie – that were conjoined at the abdomen. They were successfully separated, despite a 25 per cent chance of survival (pictured in 2015)

Angela Formosa is one of the few people on the planet who can understand what Zainab has gone through.

Her twin daughters – Ruby and Rosie – were born in 2012 sharing part of the intestine and bowel, with doctors choosing to immediately operate in an attempt to separate the pair.

The pair had just a 25 per cent chance of survival prior to the surgery.

The twins are now are about to turn seven and are a pair of normal and happy children, according to their mother. 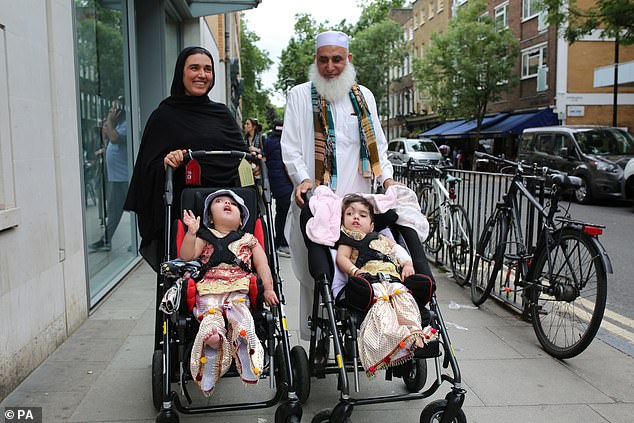 Zainab Bibi’s conjoined twins  – Safa and Marwa Ullah – were successfully separated this week in London. Angela had some advice for Zainab

Angela told the Mirror Online that she watched the story of Zainab and her daughters closely.

‘Seeing another family go through this makes me feel happy for them that both their girls made it,’ she said.

‘There are so many conjoined twins where one or neither of the babies make it, so I feel such joy for them. 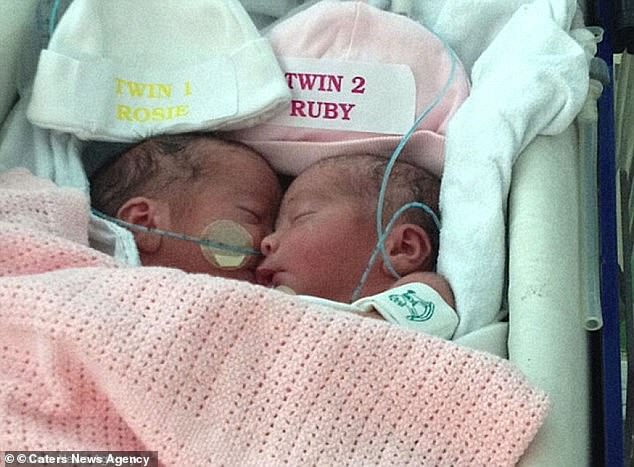 Rosie and Ruby before they were separated. They were born sharing part of the intestine and bowel

‘My advice to Zainab is to take each day as it comes and enjoy those precious moments.’

Conjoined twins account worldwide for just one in every 2.5 million births.

About half are stillborn and of those who survive, 35 per cent live for just one day.