A mother-of-four received a $6million insurance bill and was given just 21 days to pay it by the company owned after she was left seriously injured in a car crash.

Samantha Melville was driving herself and a friend to work in regional South Australia in 2012 when a sudden, severe storm caused her to crash into a tree.

Both she and her friend were badly injured in the crash.

Following the smash she received a demand to pay $6,312,399.83 from the insurer who took over the claim, Berkshire Hathaway.

One reason for the huge bill Ms Melville had received was the roadworthiness of the car she was driving, which belonged to her brother. 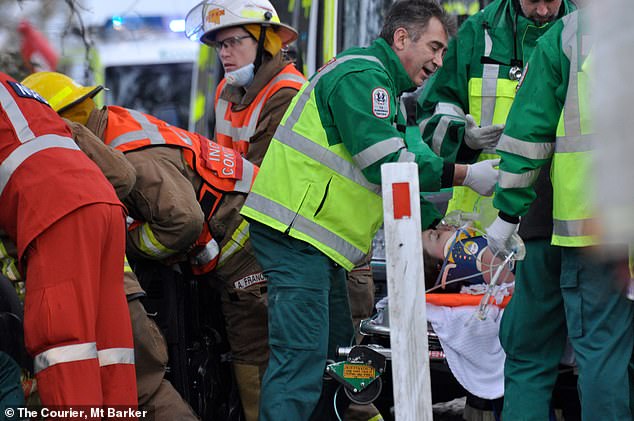 Ms Melville and her friend, a passenger, were both badly injured in the accident

‘I have a brain injury, I had a shattered pelvis, broke my back, the bottom bits of my spine, I’m deaf in my left ear,’ she told Nine’s A Current Affair.

She was later charged with driving without due care and received a $400 fine.

Her husband Michael confirmed that his wife had to learn to walk and count again, while Ms Melville said she could no longer work.

One reason for the huge bill Ms Melville had received was the roadworthiness of the car she was driving, which belonged to her brother.

A police report at the time of the accident found it had ‘both rear tyres below the acceptable standard of tread which, when combined with the prevalent weather conditions, contributed to the collision’.

A 2014 letter from the Commission’s then claims manager, Allianz Insurance, informed her that she had been driving a car which was ‘unsafe, unroadworthy and in a damaged condition’. 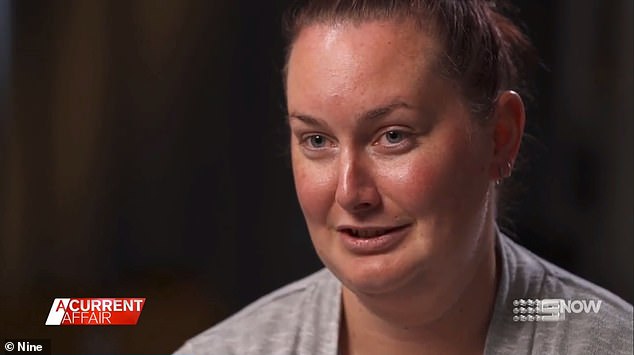 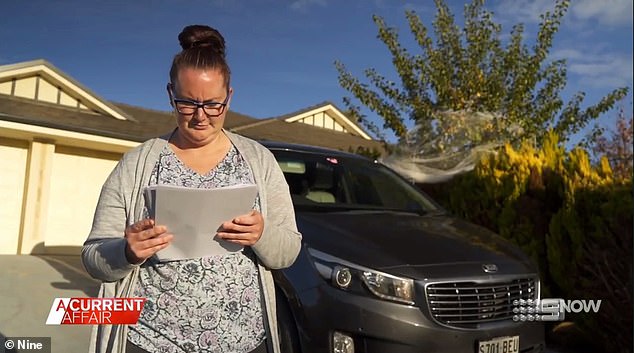 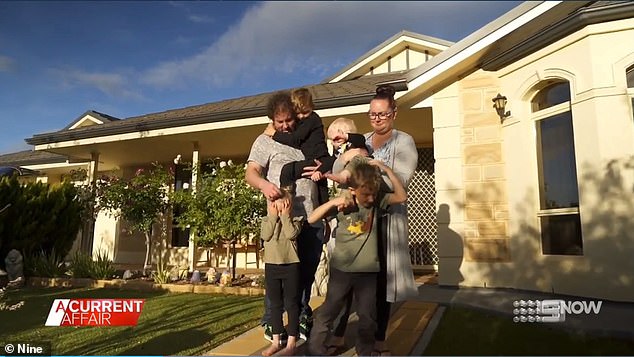 Ms Melville, now 32, is a mother of four. Her husband recalled her painful recovery to ACA

But during her long and painful recovery, Ms Melville was under the impression that South Australia’s Motor Accident Commission would cover the cost of the damages claim by her injured friend.

After calling Allianz, Ms Meville was assured that any claims related to the accident would be covered by the Motor Accident Commission.

In February, however, she received a demand to pay $6,312,399.83 from the insurer that took over the claim, Berkshire Hathaway.

The US multinational is famous as the creation of billionaire investor Warren Buffett. It took over management of South Australia’s compulsory third-party vehicle insurance claims at the beginning of 2019.

‘I called Berkshire Hathaway the next day and they just pretty much were laughing at me on the phone and told me that they have to negotiate and then I’ve just tried to get advice from lawyers since then and no one’s helping,’ Ms Melville told ACA.

‘I’ve asked them for all of the evidence of the car being unroadworthy and they’ve said they need to seek legal advice.’

Ms Melville now fears her house will be taken so that the conglomerate can recover some of the bill. 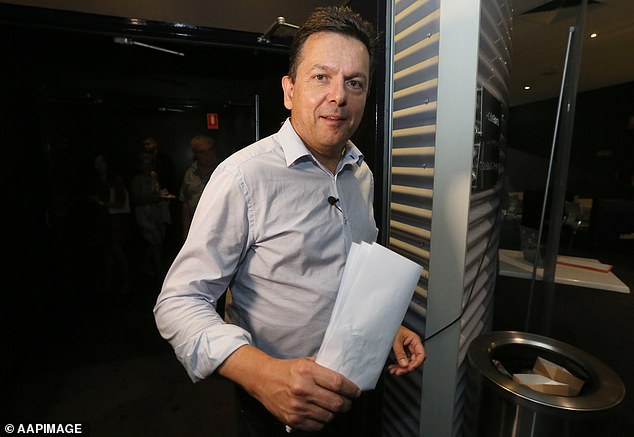 ‘Why do we have our compulsory third party insurance if it isn’t for cases such as this? Xenophon said.

‘The risk here is if this case becomes a precedent it sends a chilling message to anyone who’s on the road who’s involved in an accident that they could be chased by the compulsory third party insurer for damages.’

Berkshire Hathaway had not as yet commented on the case.