Mother-of-four was given just three months to live

Scott Bond cherished the everyday tasks of helping his wife of 28 years, Andrea, shower and get dressed.

The 46-year-old knows that’s what he signed on for as her husband and father to her four young children, but more than that, it was his new role as caretaker in the last few years of her life.

While he couldn’t take the cancer-fighting medicine for her, or have the painful surgeries, he could still help her thread an arm through her t-shirt.

He could still wait all day in a hospital room, her hand in his, and be told some of her 100 tumours had shrunk, or grown, or were inoperable.

And he did. Right up until the day his 43-year-old bride died in 2018, two years later than doctors had predicted.

Scott and Mackenzie, 15, Oscar, 13, Preston, 10, and Archie, seven, surrounded by their mother Andrea, who found out she had just three months to live after being diagnosed with melanoma

‘I remember speaking at Andrea’s funeral and saying that her pain ended the day she passed… and that was the day mine and the kids pain started,’ Scott told Femail.

Seven years ago Andrea noticed a spot on her vulva – of all places, Scott said – that once checked over was found to be a melanoma.

‘It was cut out. We were told everything was fine, she was all clear and if the melanoma cancer did return it would likely be in the same spot,’ Scott said.

Andrea started having regular skin checks, first each month, then twice a year and annually. 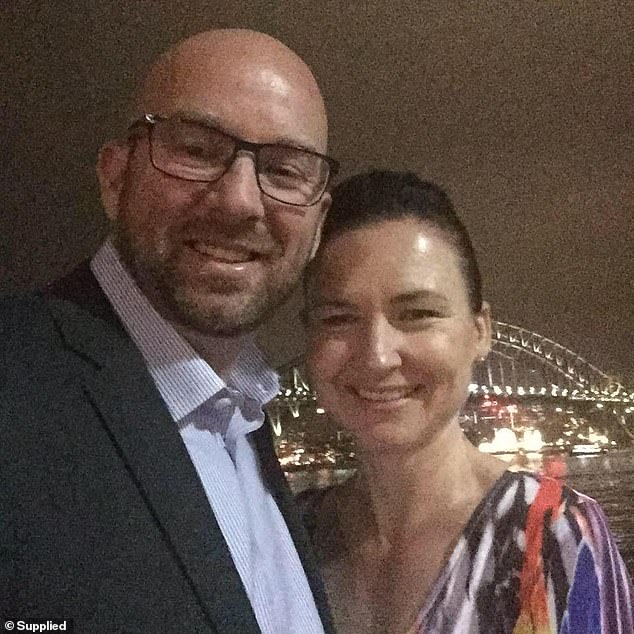 She had different moles removed as a precaution but there were no signs that the cancer had returned. Then, five years later she woke up with a severe pain in her side

How can you detect a melanoma?

The ABCDE rule can be used to help tell a normal mole from one that could be melanoma.

Asymmetry: One-half of the mole does not match the other.

Border irregularity: The edges of the mole are ragged or notched.

Colour: The colour over the mole is not the same. There may be differing shades of tan, brown, or black and sometimes patches of red, blue, or white.

Evolving: The mole is changing in size, shape, or color.

The most important sign of melanoma is a change in size, shape, or colour of a mole. Still not all melanomas fit the ABCDE rule.

She had different moles removed as a precaution but there were no signs that the cancer had returned. Then, five years later she woke up with a severe pain in her side.

‘The assumption was that it was a gall bladder issue but within a few days we found out it was a melanoma in her liver,’ Scott said.

A full body scan revealed that tumours had spread to her brain, spleen, spine, legs, hips and lungs.

‘That was… the day. The day we found out it was terminal. They gave her three months to live,’ he said.

A spokesperson at the Melanoma Institute Australia, the clinic Andrea was treated at, told Femail that is why early detection of your primary, or first, melanoma is so important.

‘Once you get a melanoma, even if you get it cut out, it can spread cells through the lymphatic system or bloodstream and they have the potential to lodge somewhere else,’ they said. 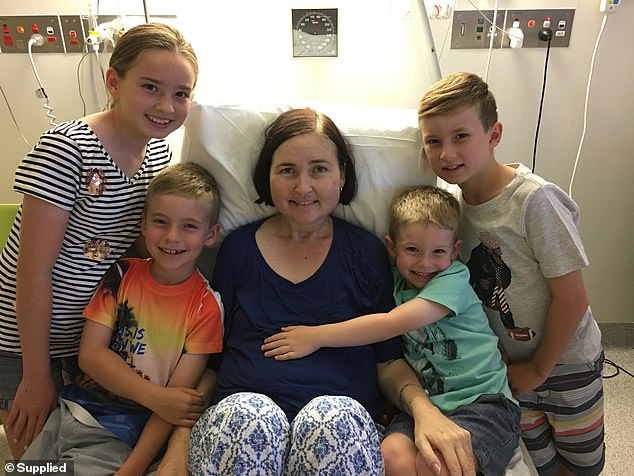 In the two years and three months she lived from her diagnosis Andrea renewed her wedding vows with Scott, watched her eldest son become School Captain of his year group, and her youngest start kindergarten

‘If you catch the melanoma very quickly you might be able to remove it before those cells spread.’

This spreading of cells is the likely cause of Andrea’s terminal metastatic melanoma but there were a range of ways her doctor, Professor Georgina Long, could help extend her life.

However, there were no guarantees and ‘a list as long as your arm’ of side effects.

Andrea experienced most of them, Scott said, but she was always up to trial a new drug or test, hoping that it would give the institute new learnings for future patients.

In the two years and three months she lived from her diagnosis Andrea renewed her wedding vows with Scott, watched her eldest son become School Captain of his year group, and her youngest start kindergarten. 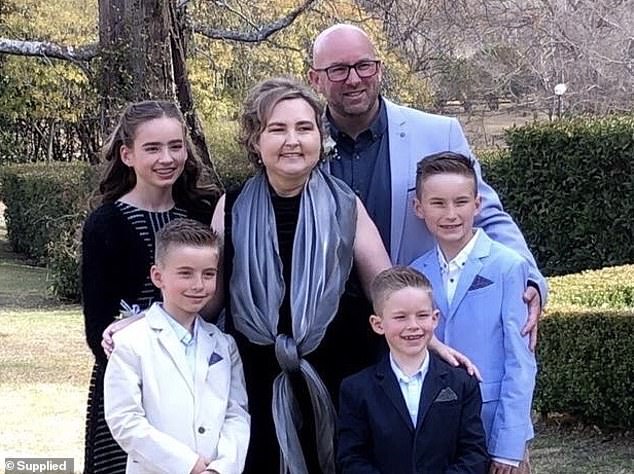 ‘We had a lot of family holidays during those two years but they had a different spin on them… because we didn’t know how long we had left,’ Scott said, pictured at their vow renewal

What is metastatic melanoma

Once it spreads, or metastasises, the disease is known as metastatic melanoma. This type of melanoma may typically occur during stage III or stage IV. Common sites for metastases include the lymph nodes, lungs, liver, bones and brain.

Melanoma tumours that have metastasised to other parts of the body are still considered melanoma. For example, melanoma found in the lungs is called metastatic melanoma of the lung or melanoma with lung metastases.

It was an ’emotional roller coaster’ of finding new tumours, watching others disappear, and sadly, Scott said they started to believe they might just beat it.

‘When you’re given three months and you get two years you start to live in hope,’ he said.

‘But no matter what time frame you’re given it’s never enough. Nothing prepares you for the moment the love of your life stops breathing.’

Scott and Mackenzie, 15, Oscar, 13, Preston, 10, and Archie, seven, have beautiful memories from those two years – and all of the ones that came before.

‘The thing I miss most is having a cup of tea and just talking to her on the couch,’ Scott said.

‘We had a lot of family holidays during those two years but they had a different spin on them… because we didn’t know how long we had left.

‘So while it was great to have those two years, I had a beautiful 28 years with Andrea that I’ll remember too.’

As they have a strong Christian faith, the family know ‘they will see Andrea again’ but they’re raising awareness about melanomas so another family doesn’t lose their mum.

‘I have no doubt they will find a cure. From day one Andrea wasn’t just a number to the Melanoma Institute, she was Andrea,’ Scott said.

‘They just need our support.’

Scott is bravely sharing Andrea’s story in support of the Melanoma Institute Australia’s tax appeal, to donate now to help save the lives of people like Andrea, visit the website.