A grieving mother has explained how the ‘smallest misunderstanding’ led to her toddler dying in a scorching hot car.

Jone Radaniva, 22 months, was found unresponsive inside the family’s car at Chester Hill, in Sydney’s south-west, on February 3 – with the temperatures outside hitting the mid-30s.

His distraught mother Samantha Rowlands has revealed what happened in the lead up to her ‘cheeky’ twin boy’s accidental death.

‘My daughter told me she thought Jone was in bed with my mum, and my mum thought he was out the back playing until my daughter came inside looking for him and they realised he was missing,’ an emotional Ms Rowlands explained.

Ms Rowlands had left her six children in the care of her mother Valerie and her partner while she attended a football game.

Her mother had taken the kids on an outing and when they got back to the house, she asked Jone’s eight-year-old sister to take him out of the car, while her eldest son picked up Jone’s twin brother Esala.

The children ran outside to play with Ms Rowland’s partner on a waterslide in the backyard, while Ms Rowland’s mother went inside to her bedroom to escape the stifling heat.

But unbeknownst to them, a tragedy was unfolding in the front yard. 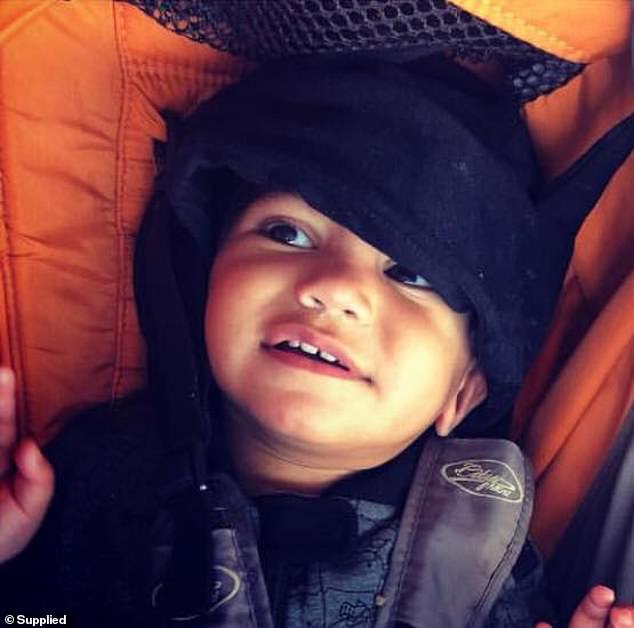 Jonè Radaniva (pictured) was a cheeky boy with a heart-melting smile, his mother said 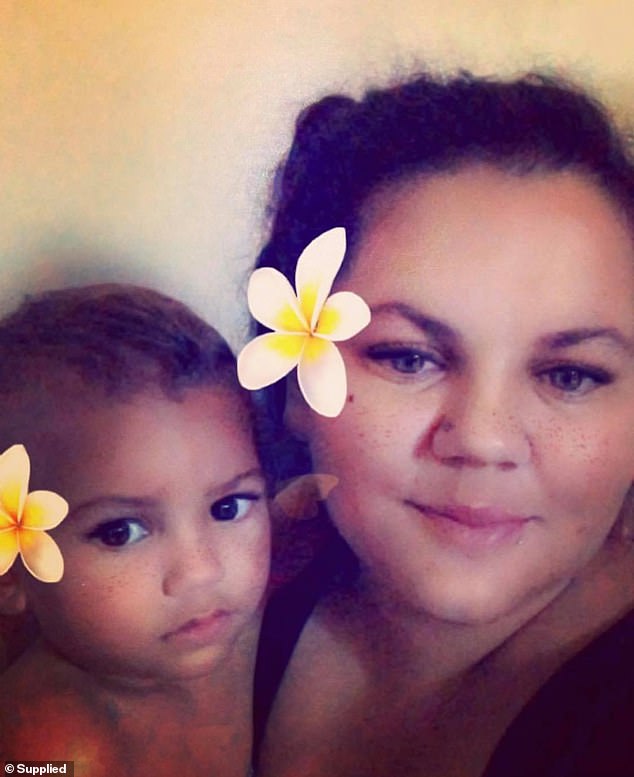 Jone was sitting in an increasingly hot car as the outside temperature had hit 35 degrees. It would be more than two hours before he was found.

‘My daughter told me she felt so happy because she thought she was going to go find her little brother and save him.

‘Unfortunately, she found him unresponsive in the car.’

Police said Jone’s death was a tragic accident, and no charges were likely to be laid.

Ms Rowlands said Jone’s twin Esala was ‘lost’ without his brother, as were his older siblings.

‘He and his twin brother Esala were inseparable,’ she told Daily Mail Australia. ‘I don’t ever remember a day they weren’t together. Jone would always be climbing on the table, dancing with his brother and other siblings.’

‘There is a song in the beginning of the movie called Cool Clear Water and he would sing it word for word, then sit there and watch the whole movie till the end.’

Since his death, Ms Rowlands said his twin hasn’t stopped asking where he is, and his eight-year-old sister, who loved him as if he were her own, has been left devastated.

‘Jone was always with her,’ Ms Rowlands said. ‘She was so attached to him – every chance she had she was with him. Everyone would always call her little mum because she would always try play mummy to him.’ 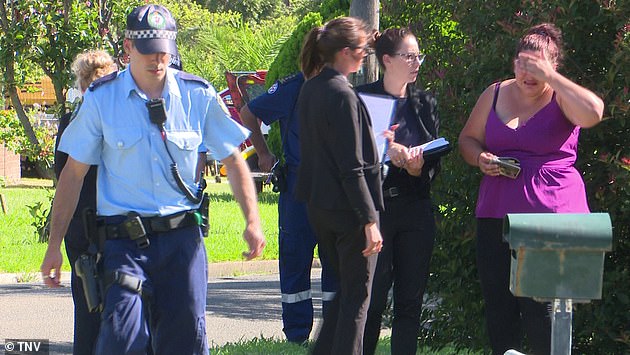 Ms Rowlands had been watching a rugby union game when she heard the news. When she returned home, she was screamed: ‘my baby’ on the street 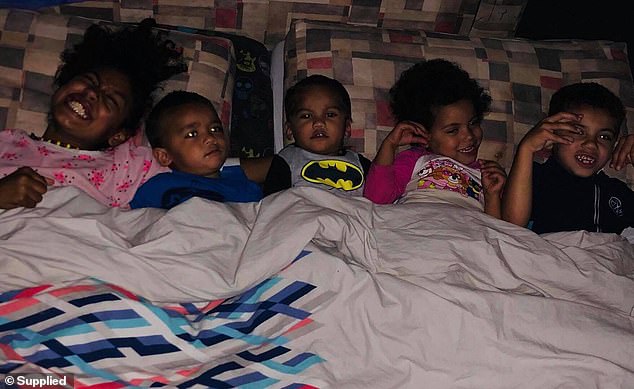 Jone (pictured centre in batman top) has five siblings, who are all devastated at his death 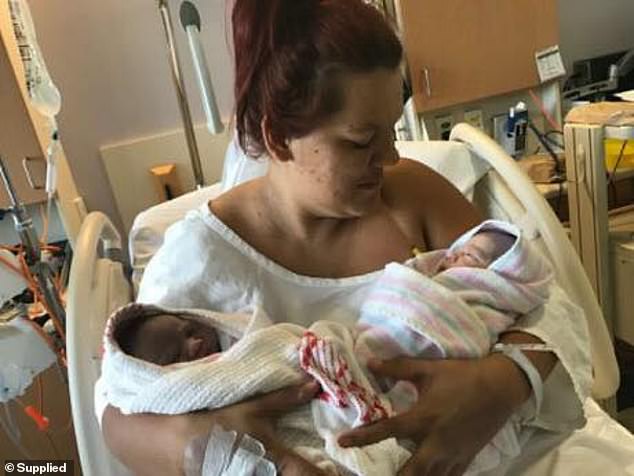 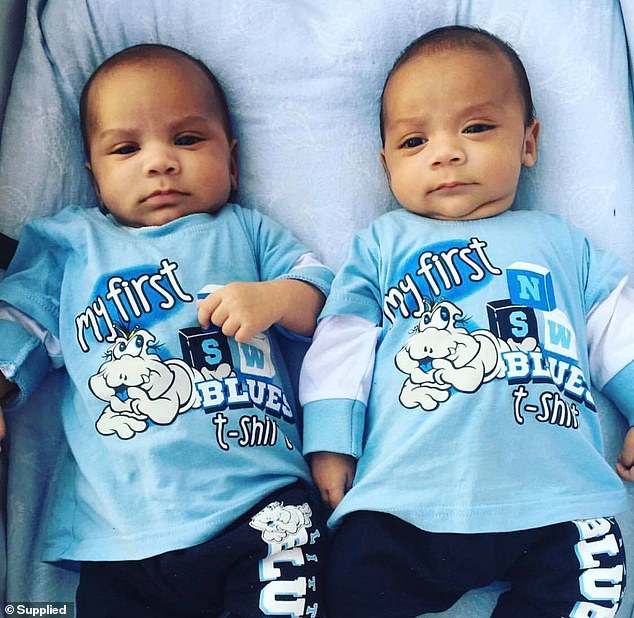 The pair were inseparable, Ms Rowlands said. The pair had been together in the car that afternoon, but only Esala made it out

Ms Rowlands said she had been overwhelmed with grief in the last few weeks, and that the family were planning to move out of the home once Jone had been given a proper farewell.

A GoFundMe has been set up for the Sydney family, so they can give the 22-month-old boy a fitting send off, and to help with moving costs.

Ms Rowlands said the tragic accident had torn her family apart, but there was no way she could lay blame on anyone for what had happened. 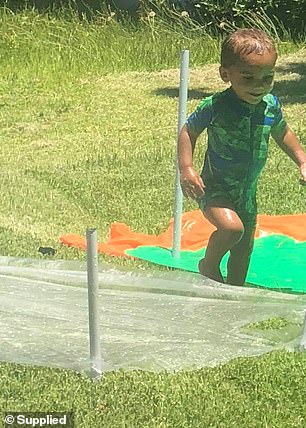 As Jone (pictured) sat in the car, his siblings played on a waterslide in the backyard, and his grandmother was resting in her room

‘What I would like to say to everyone, is to cherish your children because tomorrow isn’t guaranteed,’ she said.

‘My heart is shattered into a million pieces and nothing anyone says or does will take away the pain and heartache I feel after losing my baby boy.

‘What happened was a very tragic accident. I don’t blame anyone – what happened could happen to anyone.

Ms Rowlands was seen running down the street screaming ‘my baby’ after she was told of the news.

His grandmother was put in an ambulance on a stretcher and taken to hospital suffering from shock.

The day after Jone’s death, neighbours told Daily Mail Australia the family were quiet and mostly kept to themselves.

Frank Ingrati, who lives next door, said he is on friendly terms with the household, and their loss was nothing but a ‘shocking tragedy’.

‘They’re a really friendly family, keep to themselves, a really nice quiet family where the kids play in the backyard,’ he said.

‘They give me no trouble at all.’ 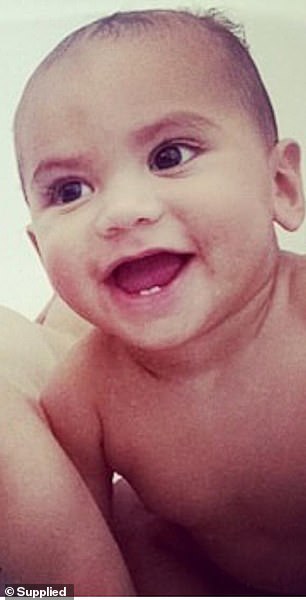 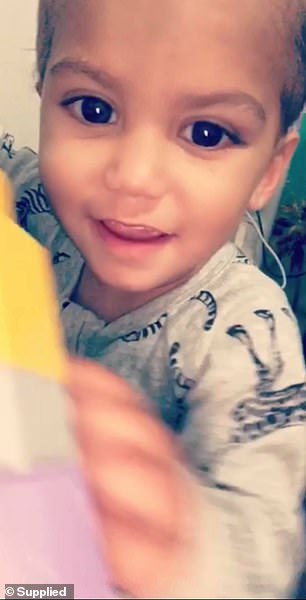 Both believed Jone was with the other, until about two hours later when they realised he was missing 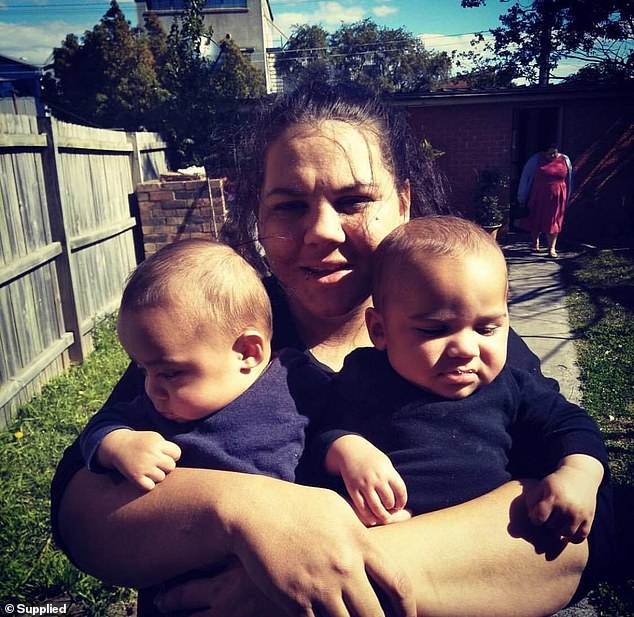 Ms Rowlands says she does not blame anyone for her son’s death, but urges other parents to cherish the moments they have with their children, and to be more vigilant about their safety 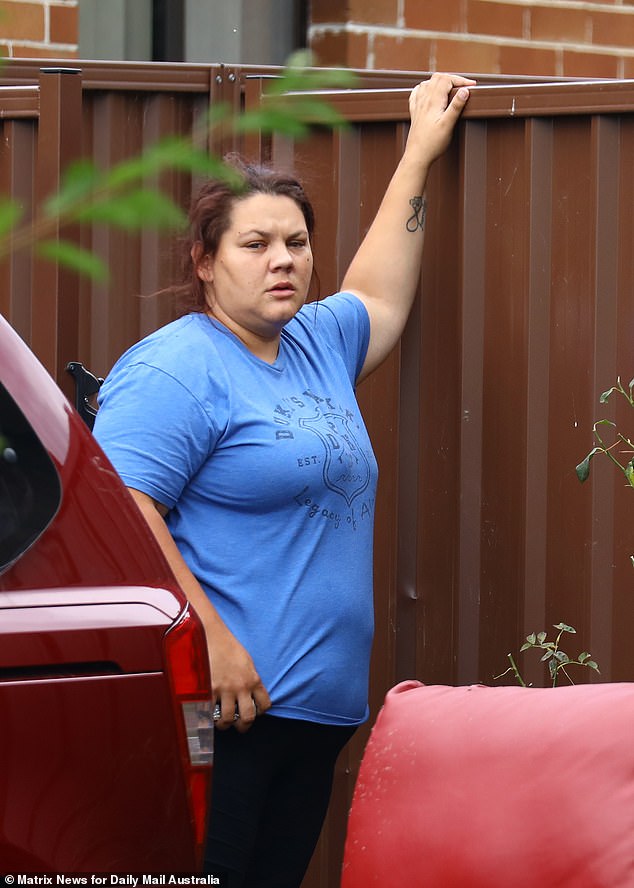 Samantha Rowlands (pictured) was supported by several of her children and relatives when she arrived at the Chester Hill house, in Sydney’s south west, the day after she lost Jone