Since her son was stabbed to death, she has dedicated her life to helping teenagers stay out of trouble.

And last night Lorraine Jones’s efforts to honour his memory saw her named the Daily Mail Inspirational Woman of the Year.

Lorraine, 46, a pastor from Brixton, south London, beat four other courageous finalists to win the award and was praised for her work by the Duchess of Cornwall.

Lorraine’s son Dwayne, 20, was stabbed five years ago as he tried to break up a knife fight and died two days later. Police told her had given his life to save another’s.

Lorraine Jones, 46, a pastor from Brixton, south London has been named the Daily Mail Inspirational Woman of the Year

She has developed the boxing club her son had set up on Brixton’s Angell Town estate to keep teenagers out of trouble. ‘Dwaynamics’ has since helped hundreds of young people through fitness classes and mentoring.

‘Of course I really would prefer that I am not here and have my son,’ she said. ‘But in life we face situations we can’t avoid and I have to think, “What would Dwayne want me to do because of this experience?” He would want me to shine through it, he would want me to use this to make a change for the better.

‘Before Dwayne died he spoke to me often about the challenges that young people were facing. He was a humanitarian and wanted to help those vulnerable young people out there.

‘But he was worried about the future. One night he told me, “Mum, it’s so dangerous out there. The youth are vulnerable. I don’t think I will make my 21st birthday”. And he cried. I never believed he would be right.’

Lorraine admits that facing Dwayne’s killer at the Old Bailey – he was jailed only for manslaughter, despite stabbing Dwayne through the heart with a sword – was one of the hardest things she has ever had to do. 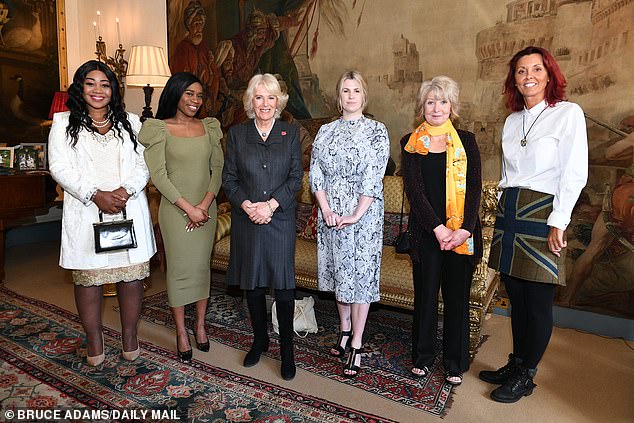 She was joined by four other finalists of this year’s Daily Mail Inspirational Woman Awards as they shared their inspirational stories; pictured left to right: Ms Jones, Victoria Azubuike,22, Duchess of Cornwall, Lisa Wells,33, Eileen Chubb,59, and Liz Rotherham,48 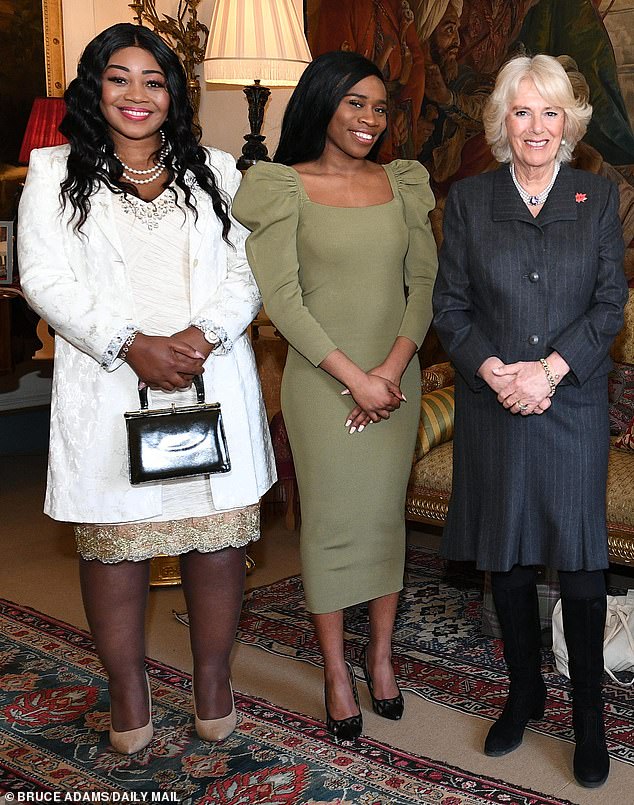 Since her son was stabbed to death, she has dedicated her life to helping teenagers stay out of trouble and was praised by the Duchess of Cornwall for her work

‘Even then I found that I had compassion because I saw a vulnerable young man that didn’t have a clue about what he had done, taking Dwayne’s life and the ripple effect of that action. I know that he wasn’t born like that but was a product of his environments,’ she said.

‘Since then I decided that I have to grasp every opportunity that I have. Sometimes I don’t feel at my best or at my strongest, but I have to grasp this journey with everything for Dwayne’s sake. The judge said my son died a peaceful boy and I owe it to him.’

Lorraine believes that while more stringent laws against carrying blades are needed to combat the current knife crime explosion, they are nothing without grassroots work with young people. 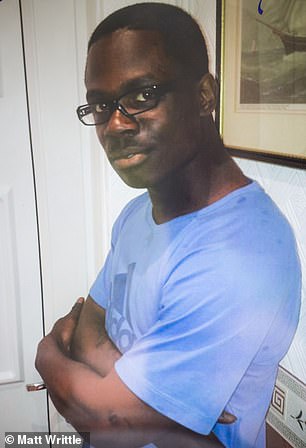 ‘I am a strong believer in dealing with the root causes. Stiffer sentencing is all well and good but if they don’t get rehabilitation or go through a restorative justice system, then it’s no good,’ she said.

‘Dwaynamics has been born through love and forgiveness. Everyone who comes through our doors, they feel that.’

Earlier, the Duchess of Cornwall paid a moving tribute to all five finalists in the Daily Mail Inspirational Women Awards.

Camilla met them at a reception at Clarence House and told invited guests, including Vogue editor Edward Enninful, journalists Emily Maitlis and Cathy Newman, barrister Cherie Blair and singer Charlotte Church: ‘We have with us today five extraordinary women. Their stories are quite incredible. Their courage, determination and self-sacrifice are truly inspirational.’

Later, as she marked the opening of the WOW (Women of the World) Festival at London’s South Bank, Camilla offered a piece of advice she said ‘speaks for us all’: ‘Women need to say, “I’ve got one life, I’ve been given life, it has been breathed into me and here I am and I should use it for the best possible purpose” – whatever each woman herself defines that to be.’

The Daily Mail Inspirational Women Awards finalists were honoured at gala at the Marriott Hotel in Mayfair, held in partnership with WOW and sponsored by Swarovski. It was in support of YoungMinds, a charity fighting to improve the mental health of children and young people.

Lorraine said of her meeting with Camilla: ‘To hear acknowledgement from a royal, that touched my heart. Even the Royal Family are aware of what is happening in the community.’