The shattered mother of Sydney man killed in a horrific mudslide in Brazil has said she is praying for his pregnant fiancee’s safe return and that she will ‘dig her out with her bare hands’ if she has to.

Luiz Taliberti’s heartbroken mother has said she hopes Fernanda Damian, who is five months pregnant, is found alive as rescuers continue to frantically search for victims.

Mr Taliberti, a Brazilian national who was living in Sydney’s Maroubra, has been confirmed dead while his fiancee, sister, father and step-mother are all still believed to be missing.

He is believed to have perished in floodwaters after a Brumadinho dam burst its gates and unleashed toxic waters onto nearby towns on January 25.

The catastrophe has killed 99 people as of Wednesday, with a further 259 people missing and feared dead.

His mother has since spoken out to express her sadness at her son’s death after his body was found on Friday.

‘Everyone was happy because Fernanda was pregnant,’ she told 9News.

‘We just pray. I want to dig and take my children with my bare hands,’ Ms Talibert added.

The young couple had travelled back to Brazil, their homeland, to celebrate their impending baby boy’s birth and recent engagement with relatives.

Mr Taliberti’s work colleague described the horrific incident as a ‘tragedy’ from beginning to end and said Mr Taliberti, who worked as a creative director, would be truly missed.

‘I think people will both miss his amazing expertise and his talent and his creativity but even more they’ll miss him. He had this energy that really uplifted the team’ Andrei Dolnikov said.

He also added that his fellow colleagues are planning to paddle out to sea next weekend in honour of Mr Taliberti, who loved to surf.

Mr Taliberti’s adopted father, Vagner Diniz, told The Sydney Morning Herald how he lost not only his son and daughter-in-law, but also his other adult daughter, and Luiz’s biological parents.

‘This was a massive assassination,’ he said, blaming the mining company Vale, which owned and operated the dam, for the disaster. 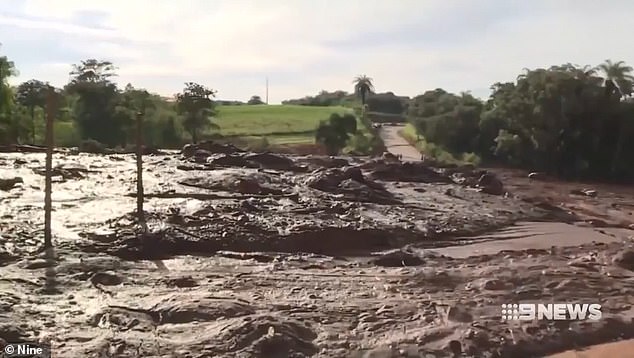 The catastrophe which occurred on January 25, after a Brumadinho dam burst its gates, is thought to have killed up to 100 people

When the dam broke, mud enveloped a significant portion of the town of Brimadinho, including the Pousada Nova Estancia – the inn Mr Diniz believes his family was staying in.

In a Facebook post, he claimed the inn had a good evacuation policy that would have seen all guests escorted to safety within five minutes, but no alarm sounded to warn people of the impending danger.

He said the silent grief that had befallen his family was a reflection of the silence his family would have heard before they were trapped in the mud. 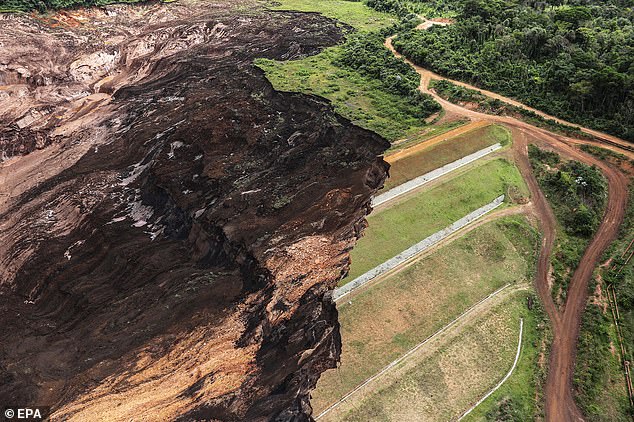 Nearly 300 people are still missing, with the list of those unaccounted for being constantly updated. Most of those lost are presumed dead, officials have said 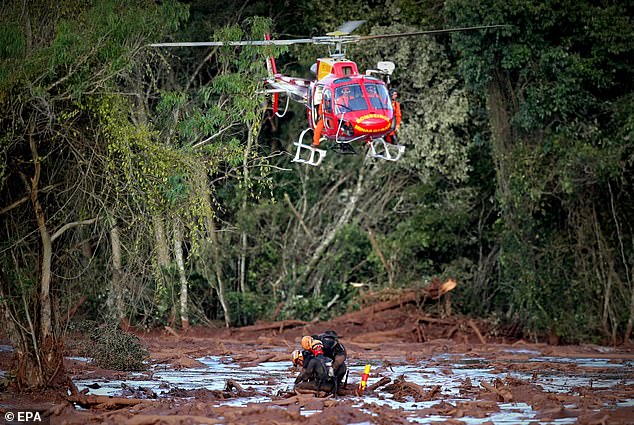 Pictured: A group of firefighters pulls out a body during the search and rescue efforts on Sunday morning

‘Like the siren [which did not sound], we’re in a silence of pain,’ he wrote.

Only the body of Mr Diniz’s son has been recovered, and he and his family will remain in the city until they can farewell all of their dead.

‘We will only leave here when we have all our missing relatives found,’ he told friends online.

Friday’s collapse buried neighbourhoods surrounding the mine with iron ore waste and has left hundreds of people unaccounted for. 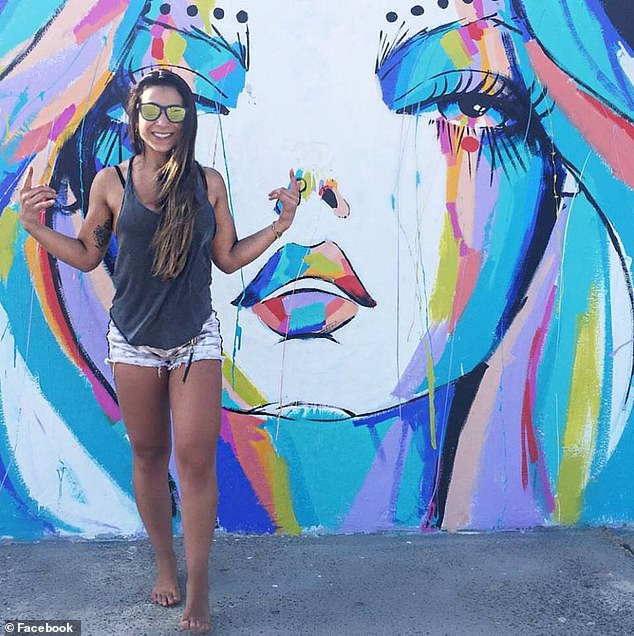 In addition to Mr Taliberti and Ms Damian (pictured), Mr Diniz has also lost his other adult daughter, and Luiz’s biological parents

In an ominous sign, nobody was recovered alive on Sunday, a stark difference from the first two days of the disaster, when helicopters were whisking people from the mud.

The slow speed of search efforts was due to the treacherous sea of reddish-brown mud that surged out when the mine dam breached. 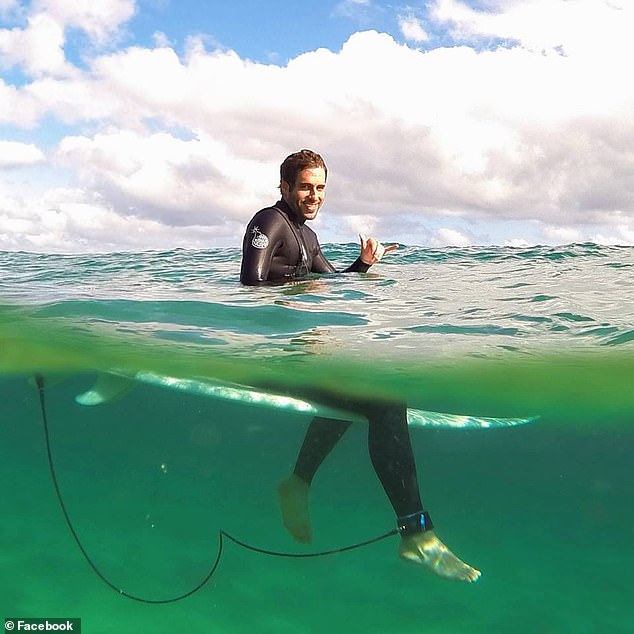 The Sydney architect’s adoptive father, Vagner Diniz, said his family had been ‘assassinated’ by the Vale mining company

It is up 24 feet (8 meters) deep in some places, and to avoid the danger of sinking and drowning searchers had to carefully walk around the edges or slowly crawl out onto the muck.

Areas of water-soaked mud appeared to be drying out, which could help firefighters get to areas previously unreachable.

Brazilian searchers got reinforcements late Sunday, when more than 100 Israeli soldiers and other personnel arrived with plans to join recovery efforts.