Catherine Wilcockson, 36, claims her panic attacks were caused by a brain tumour

A mother-of-three is urging panic attack sufferers to ‘fully investigate’ their symptoms, after claiming hers were caused by a huge brain tumour.

Catherine Wilcockson, 36, dismissed her general tiredness for a year until she had an attack at her daughter’s nativity play in December last year.

Her GP thought she was suffering from derealisation, a mental disorder that creates a sense of disconnection from the world, and prescribed her with antidepressants.

But the pills didn’t work and Ms Wilcockson, from Sheffield, South Yorkshire, had repeat attacks on a daily basis.

The teaching assistant suffered a huge seizure after one particularly bad attack in May – falling and hitting her head in front of her daughters Shani, nine, and Christie, 16.

An ambulance rushed her to Northern General Hospital where a CT scan to check her head after the fall revealed a cancerous brain tumour the size of an apple.

Ms Wilcockson went under the knife on June 18 and luckily the surgeons were able to remove 80 per cent of her tumour – but she is still at risk of it growing back.

She said: ‘It was as if I was watching the play from a location outside my body. It was really scary but I managed to pull myself together and focus.

‘It felt like a panic feeling that had come over me and I felt like I wasn’t there. It felt like an out-of-body experience. It just wasn’t a nice feeling.After that, I continued to have similar experiences on a daily basis. 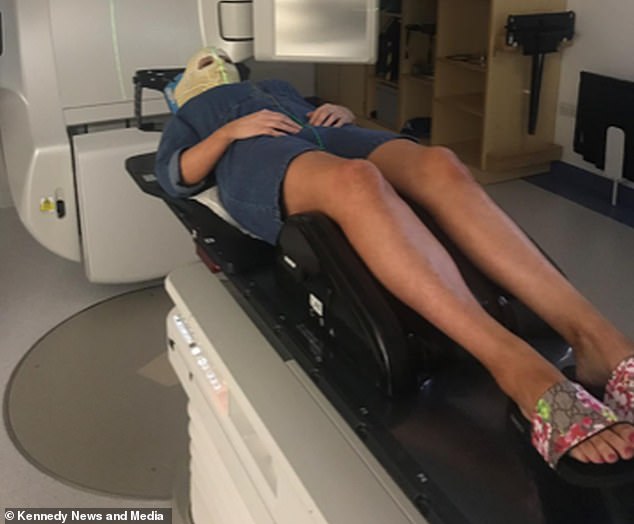 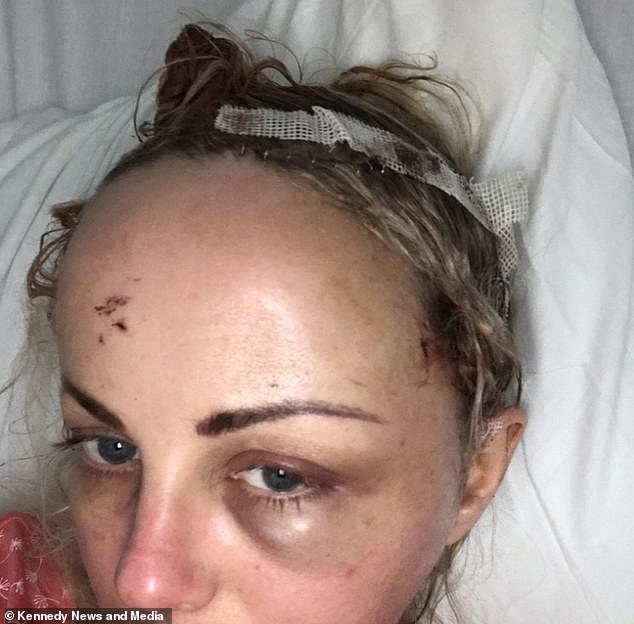 She suffered a huge seizure after one particularly bad attack in May – falling and hitting her head. Here she’s pictured with 34 staples in her head after an op to remove the tumour

‘I went to my GP in January and I explained the situation to her and she said ‘I think you’ve got something called derealisation’.

‘I’ve always been an up and out girl and got on with life but I didn’t feel right. She [the doctor] gave me some tablets and I felt like they weren’t working. I had to take three weeks off work in January.’

Brain tumours can cause hormone changes in the brain which have a knock-on effect on sufferers’ personalities.

They can cause increased irritability or aggression, confusion and forgetfulness, lack of motivation, depression, anxiety and mood swings.

CAN A BRAIN TUMOUR CAUSE PANIC ATTACKS?

Brain tumours can cause hormone changes in the brain which have a knock-on effect on sufferers’ personalities.

They can cause anxiety – a known trigger of panic attacks.

Some tumours may press up against the adrenal glands, releasing more adrenaline than is needed.

This may send the body into ‘fight or flight’ mode.

A panic attack occurs when the ‘flight-or-fight’ response is triggered but there is no imminent danger.

Ms Wilcockson wants to raise awareness in case other cancer patients are being ‘misdiagnosed’ with mental illnesses.

She added: ‘I’d advise others to get somebody to obviously fully investigate into how they’re feeling because you only get one brain.

‘From what I’ve experienced doctors and patients definitely need to be more aware as well. If they’re not well then follow it through.

‘They need to up their game instead of leaving things because I could have had a massive seizure and died.’

The single mother  is now awaiting her second round of chemotherapy next month.

She said she now thinks many of her illnesses over the years may have been caused by the tumour.

Ms Wilcockson said: ‘I had a feeling I had a brain tumour for many years. I can remember when I was a child getting up at night and I’d just go the toilet and be sick and then I’d get back in bed. 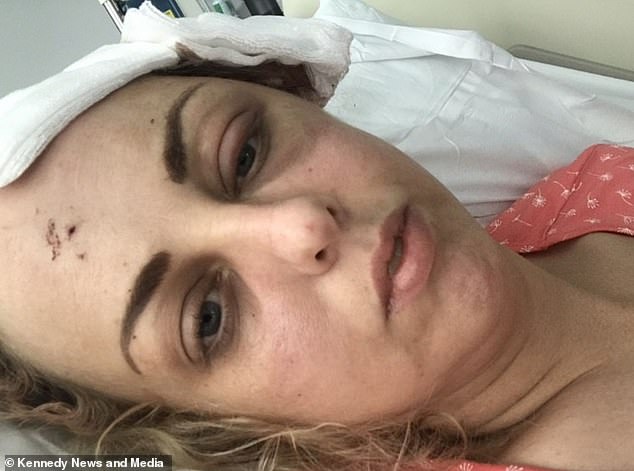 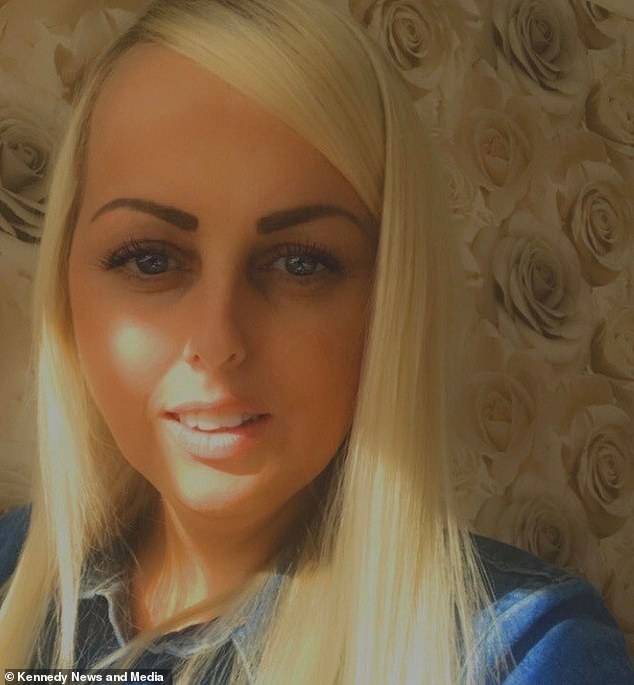 ‘That happened quite a few times to me a few months apart. I was about ten. And apparently this tumour I have does start between the age of six and eight years old.

‘My family knew. After I got diagnosed with it they said you’ve said that all your life.

‘I haven’t been feeling very well for the last two years. I’d been down – the tumour must have affected my speech and my emotions.

‘I think [the tumour] took over my personality because now it’s like I’m a different person.

Matthew Price, Brain Tumour Research community fundraising manager for the north of England, said: ‘We were so sorry to hear about Catherine’s brain tumour diagnosis and wish her all the very best as she continues with the chemotherapy.

‘Catherine is amazing for embarking on a fundraising mission while going through cancer treatment and we are so grateful for her support and for helping us to raise awareness of this devastating disease.

‘Less than 20 per cent of those diagnosed with a brain tumour survive beyond five years compared with an average of 50 per cent across all cancers; we cannot allow this desperate situation to continue.’

HOW DO TUMOURS GROW?

Cancer cells initially stay within the body tissue from where they developed, for example the breast ducts.

They then grow and divide to create more cells, which end up being a tumour. A tumour may contain millions of cancer cells.

All body tissues are surrounded by a membrane that keeps its cells inside. If cancer cells break through this layer, the tumour is called invasive.

As a tumour grows, its centre moves further away from the blood vessels in the area where it is growing.

This causes the centre to have less oxygen and nutrients, which cancer cells cannot live without. They therefore send out signals, called angiogenic factors, that encourage new blood vessels into the tumour.

Once a tumour has its own blood supply, it can rapidly expand by stimulating the growth of hundreds of new capillaries to bring it oxygen and nutrients.

As it grows, the mass puts pressure on surrounding structures. But how it enters these tissues is not fully understood.

One theory is it forces itself into normal tissue. This blocks blood vessels, which causes the healthy tissue to die and makes it easier for the cancer to continue to spread.

Many cancers also contain high levels of enzymes that break down healthy cells and tissues.

They also produce a mysterious substance, which growing research suggests stimulates them to move, however, this is unclear.