A mother-of-three was left needing a skin graft after a tiny, pea-sized dot of oven cleaner touched her arm – which she could see ‘eating away’ at her flesh.

Liana Stott, 25, from North Walsham, Norfolk was scrubbing a client’s cooker on May 22 this year when her arm grazed a rack that had been covered in Oven Pride.

The smidgen of grease-destroying chemical left her in agonising pain, and she rushed to hospital where she was told it was a more dangerous burn than acid.

It burned a blackened chunk out of her flesh and singed the nerve endings in her arm, causing her to need a skin graft from her leg and leaving her scarred for life. 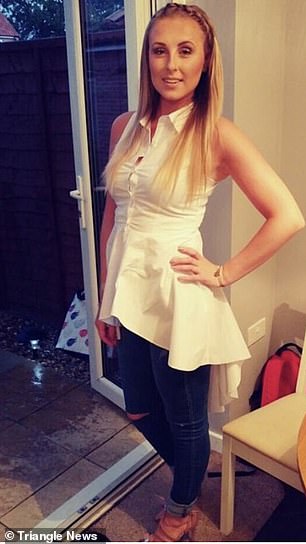 Liana Stott (right before her burn), 25, from North Walsham, Norfolk was left needing a skin graft from her leg after the burn on Wednesday, May 22 (pictured left in hospital after the operation) 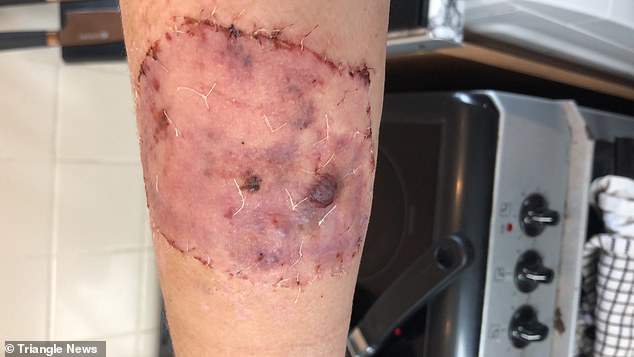 Ms Scott was scrubbing a client’s cooker on May 22 this year when her arm grazed a rack that had been covered in Oven Pride (pictured, her arm after the skin graft) 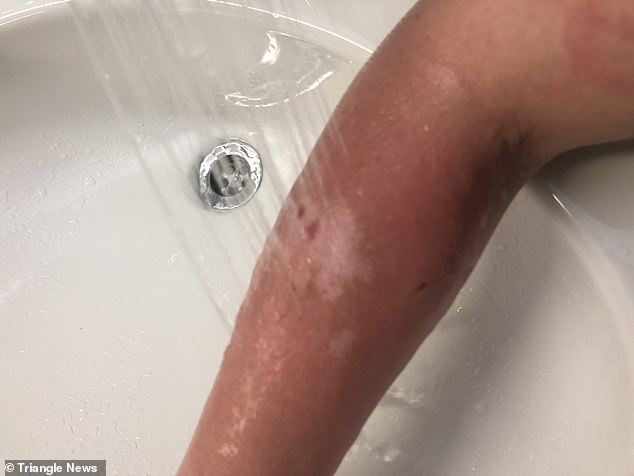 Ms Scott desperately tried to wash to chemical off but had to rush to Cromer Hospital to seek further treatment. She was eventually transferred to a specialist burns unit

She said: ‘I used the gloves they had in the packet, plus longer rubber gloves on over the top.

When I got out the rack a little bit brushed my arm, and it started tingling.

‘It was the size of a flattened pea, barely anything at all.’

She immediately went to Cromer Hospital where they rinsed tried to get the chemical off her.

‘You could watch it eating away my flesh,’ she said.

‘I had no feeling in that part of my arm, it had eaten away at all of the nerves.’

When nothing improved, doctors sent her to the specialist burns unit in Chelmsford, Essex, more than 100 miles away.

After several trips to the hospital, Liana was told they needed to take drastic action.

‘The doctors realised it was actually getting worse, it was spreading,’ she said.

‘It was really dead down to the muscle, they realised they had no choice but to do a skin graft.

‘I was so scared, that every time they took the bandage off half my arm was going to be hanging off.’ 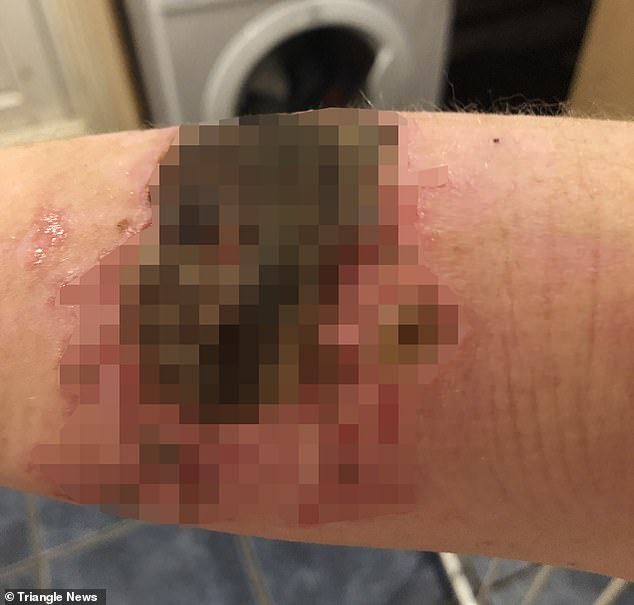 The cleaner burned a blackened chunk out of her flesh (pictured) and singed the nerve endings in her arm, causing her to need a skin graft from her leg and leaving her scarred for life 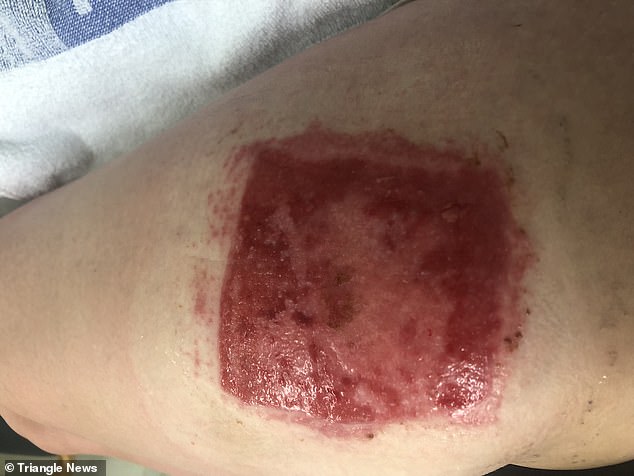 When her burns did not improve, doctors sent Ms Scott to the specialist burns unit in Chelmsford, Essex, more than 100 miles away. She had a skin graft (pictured) 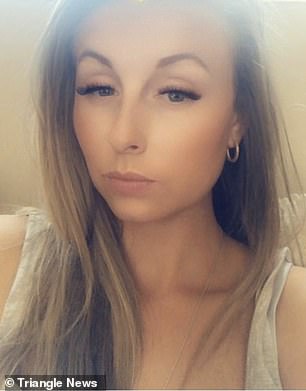 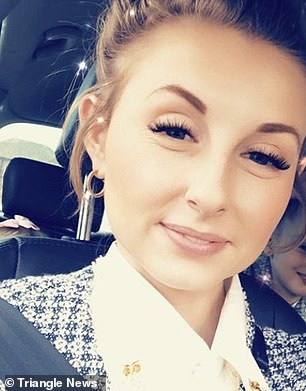 Ms Stott (left and right) says her young children – aged two, four and eight – were terrified when she came home after the skin graft operation as she was covered in bandages

Describing the skin graft, she added: ‘I had never been in so much pain.

‘I remember coming round from my anesthetic and screaming my leg hurt so much.

‘My arm wasn’t so bad, but with my leg they had just taken skin off.

‘I have never felt anything like it, it was awful.’

Ms Stott says her young children – aged two, four and eight – were terrified when she came home after the operation.

She said: ‘They were scared when I came home had these big bandages on.

‘They weren’t allowed to sit with me and cuddle me.

‘They look at my arm and can see that it’s always going to be there.’

Doctors told Ms Stott she will always have scars on her arm and leg. She is still having weekly check-ups on the burn now.

She has to keep them both out of sunlight for two years, and has weekly hospital appointments for years to come. 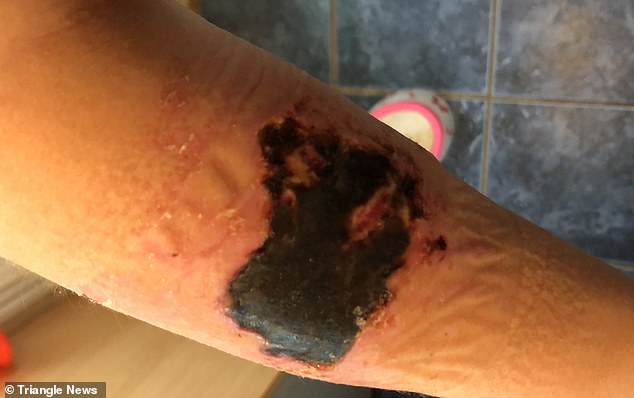 Dr David Barnes, from Broomfield Hospital’s burns unit, explained he often treats people burned with oven cleaner. He said it reacts with the fat under your skin

‘Oven Pride say you should wear extra protective clothing which is fair enough, but they don’t provide that,’ Ms Stott said.

‘The burns unit said it’s the most dangerous stuff you can be burned with, worse than acid.

‘If I can make one person make sure they are safe when using it, then some good has come from this.’

He said: ‘Oven cleaner is an alkaline, which means it behaves slightly differently to acid.

‘When it gets under your skin it reacts with the fat, and turns it into liquid.

‘It can get quite deep through the tissue, quicker than an equivalent strength acid.’

A spokesman for Oven Pride said: ‘I can confirm we have received a communication from Ms Stott, and the matter is now under investigation.’