A former anti-vax mom is opening up about why she decided to immunize her children.

Kristina Kruzan, from Seabeck, Washington, pushed against vaccinating her three kids for 15 years, believing that she couldn’t trust them.

However, she said her views changed when she met a naturopathic pediatric practitioner – someone who focuses on using natural remedies to help the body heal itself but also believes in vaccines

Kruzan said he spent time answering all of her questions and explaining that shots didn’t just protect her kids, but those who were too vulnerable to be vaccinated, reported TIME.

After speaking with him for a year, all of her children were caught up with their shots.

Doctors told TIME that we often yell and scream at those who are vaccine hesitant and that the way to change their minds is to take the time to build relationships with them and ease their concerns. 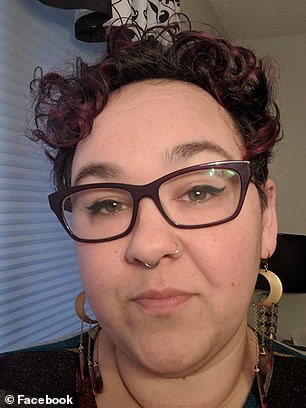 Mother-of-three Kristina Kruzan (left and right), from Seabeck, Washington, did not vaccinate her children for 15 years. She said doctors couldn’t tell her what was in the vaccines, which made her distrustful 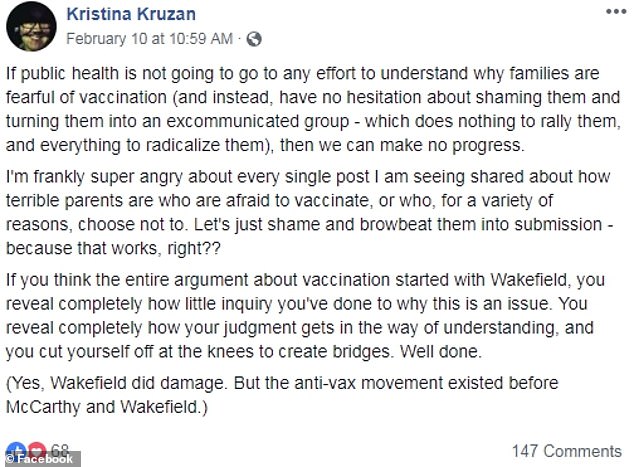 Five years ago, she met a naturopathic pediatric practitioner – someone who focuses on using natural remedies to help the body heal itself.  He spent a year answering her questions and convincing her that vaccines didn’t just protect her children but also those around them

Kruxan, who is a doula, said she began doing research on the internet about vaccines when her eldest son was three years old.

She couldn’t get a clear understanding of the risks and benefits of vaccines and, when she went to her pediatricians, they didn’t seem to have any more answers.

‘You want me to poke a needle in my baby’s skin, put chemicals in them and you can’t even tell me what it’s made of?’ she told TIME of her thoughts back then.

Five years ago, she met Dr Elias Kass, a naturopathic pediatric primary care provider, at a conferences for midwives.

She told TIME that Dr Kass was the first medical professional who didn’t seem to annoyed by her questions.

Rather, he took the time to build a relationship with her and explain how vaccines didn’t just protect her children but also vulnerable people around them.

Less than one percent of children under age two have not received any vaccinations, but public health officials have warned that inoculations not only protect individuals but the community as a whole in what is known as ‘herd immunity’.

In 1995, gastroenterologist Andrew Wakefield published a study in The Lancet showing children who had been vaccinated against measles, mumps rubella (MMR) were more likely to have bowel disease and autism.

Nonetheless, MMR vaccination rates in the US and the UK plummeted, until, in 2004, the then-editor of The Lancet Dr Richard Horton described Wakefield’s research as ‘fundamentally flawed’, adding he was paid by attorneys seeking lawsuits against vaccine manufacturers.

In January 2011, The British Medical Journal published a report showing that of the 12 children included in Wakefield’s 1995 study, at most two had autistic symptoms post vaccination, rather than the eight he claimed.

It helps ensure those who are unable to be vaccinated, including the ill, very young and very old, are protected.

‘He always makes the time for me; he’s never spoken down to me,’ Kruzan told TIME. ‘Finally I found a person who could say: “I know you have concerns. Let me find an answer”.’

She said that after speaking to Dr Kass on and off for a year, her fears were eased and she had her kids – ages seven, 13 and 18, at the time – immunized.

Dr Ken Hempstead, a pediatrician from Roseveille, California, told TIME that not all naturopathic practitioners believe in vaccines – but the ones who can address concerns of parents who are hesitant.

He said this is because many parents view them as separate from traditional doctors and believe they are less biased.

‘Like it or not, it really just falls down to trust,’ Dr Hempstead told the magazine.

Dr Kass, who practices in Seattle, even received a Childhood Immunization Awards from the Centers for Disease Control and Prevention in 2017.

The awards are given annually ‘to individuals who are doing an exemplary job or going above and beyond to promote childhood immunizations in their communities’.

Dr Kass told TIME that his way of easing parents’ concerns is going through the entire CDC vaccine schedule and explaining what each shot is for.

He said he explains what’s in the vaccines to the best of his ability and even the potential side effects.

Dr Kass added that he has a nine-week-old son, who is too young to be administered the majority of vaccines.

‘It’s really important to me in a really literal way because I don’t want my son to get sick, but I also want people to value evidence, science and medicine,’ he told TIME.

Vaccines have become a contentious subject over the last several weeks.

Measles outbreaks in anti-vaccination ‘hot spots’ have popped up across the country, affecting more than 100 people 10 states.

Particularly New York and Kruzan’s home state of Washington have been struggling to contain the highly contagious infection. 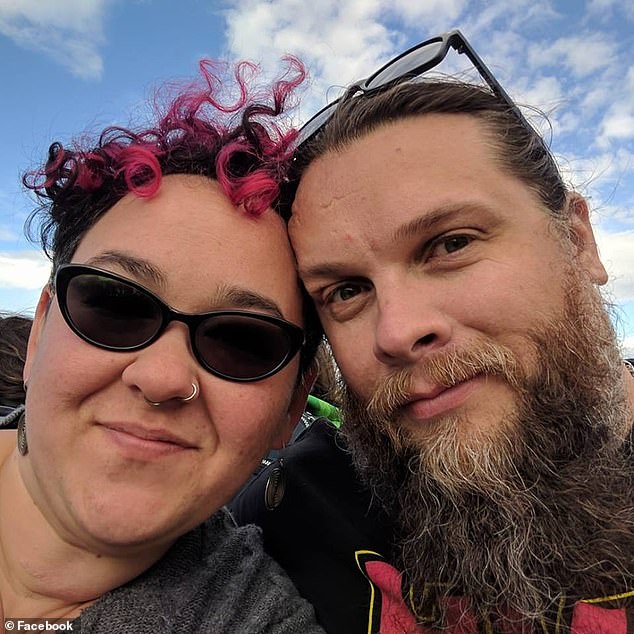 The relationship convinced Kruzan (pictured, left, with her husband) to vaccinate her children. Doctors say building relationships with those who are vaccine hesitant will make them more likely to change their minds

Last month, officials in Washington declared a public health emergency after a measles outbreak that has affected 53 people in Clark County and one in King County.

Forty-seven of the cases are in residents who have not been vaccinated. Thirty-eight cases are in children aged 10 and under.

Kruzan told TIME she is glad that she doesn’t have to worry about her children and or potentially passing a sickness on to those who can’t be vaccinated for medical reasons.

‘I’m worried about them giving mumps to an elderly neighbor.’