A Texas mother says her ex-husband has ‘won’ after he stormed into her home and killed their three children and her new boyfriend before turning the gun on himself.

Amanda Simpson, 29, revealed to the Huffington Post that her ex-husband Justin Painter intentionally left her alive sop she would suffer the heartbreaking loss after she left him a year ago.

‘Seth’s dead. The kids are dead. And you’re going to have to live with it,’ she recalls her ex-husband saying before he killed himself.

‘My kids were my coping mechanism, and now they are gone,’ Amanda said. ‘He knew when he took them from me, he took everything. He’s won.’

Now just two weeks after the devastating shooting where she suffered a gunshot wound to the shoulder, Amanda has been released from the hospital and says she somehow is still standing.

‘Your life can always get worse,’ she said. ‘I don’t think mine can get any lower. I don’t know how, but i’m going to keep going.’ 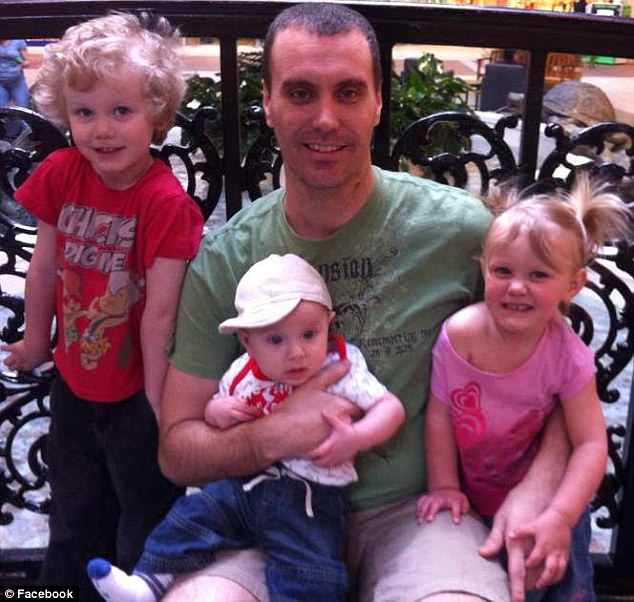 Simpson’s ex-husband, Justin Painter (pictured with his kids), shot and killed himself after murdering his family and another man 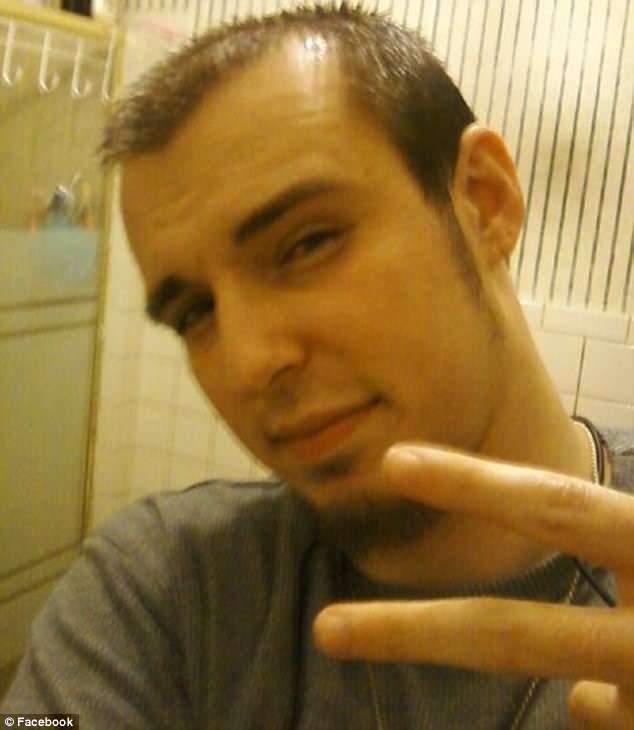 The 29-year-old mother-of-three was shot in the shoulder during the deadly murder-suicide when her ex-husband, Justin Painter, fatally shot their children and Simpson’s boyfriend.

Painter diedafter shooting himself in the chin in front of Simpson.

Authorities said Painter, who divorced Simpson in 2017 after five years of marriage, stormed into her Ponder home around 8.30am on May 16 and shot the young kids. He then shot Simpson and her boyfriend, Seth Richardson.

The children – Odin Painter, 8; Caydence Painter, 6; and Drake Painter, 4 – were pronounced dead at the scene from multiple gunshots, the Dallas Morning News reports.

Richardson and Painter were found dead in a bedroom of the home.

Simpson was the sole survivor of the attack and was hospitalized with a gunshot wound to the shoulder after the bullet went through Richardson’s body and into hers.

Shortly after the massacre, the devastated mother posted three Facebook Live videos from her hospital bed blaming the judge who oversaw her divorce from Painter.

She said she warned a judge that her ex-husband was ‘unstable’ when he tried to commit suicide last year.

‘I made it very clear to the judge that he was mentally unstable. And they didn’t listen,’ Simpson said in the video. 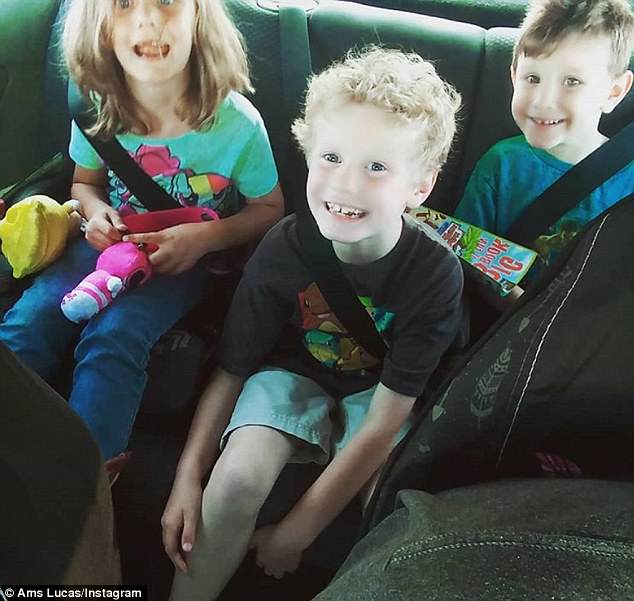 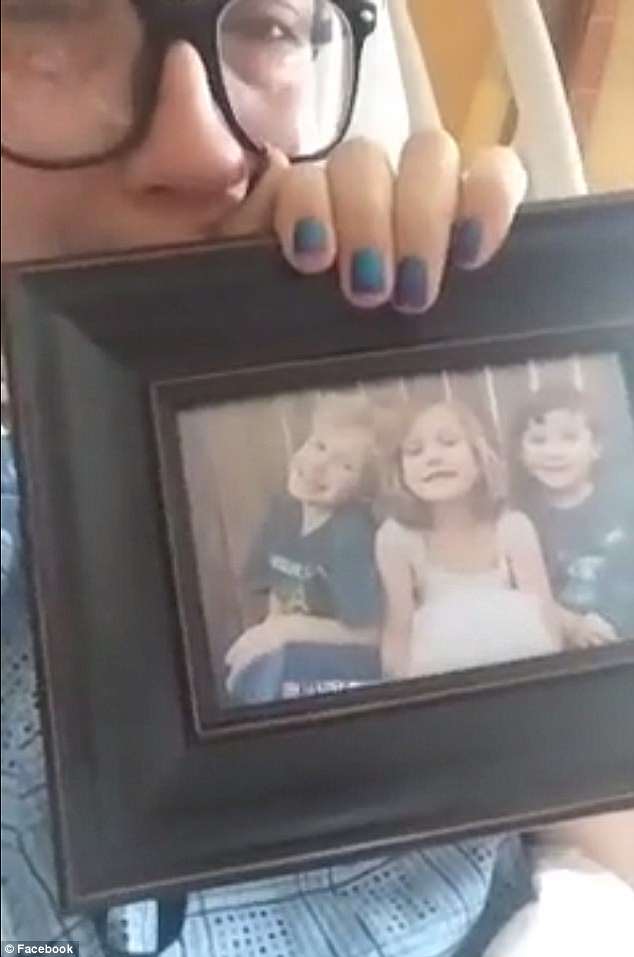 Amanda Simpson is the only survivor in the deadly murder-suicide. The 29-year-old was shot in the shoulder 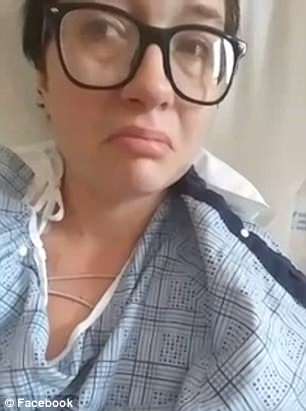 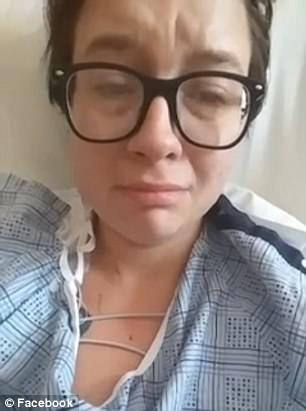 The night before the bloodbath, Simpson said that her ex-husband called her and asked to get back together, but she turned him down.

The judge who handled Simpson and Painter’s divorce released a statement denying that mental health issues were ever brought up as a concern.

‘The parties, in their Mediated Settlement Agreement, denied any family violence and mental health issues,’ Judge Nancy Berger wrote in a statement, according to WFAA.

Simpson, crying in another Facebook Live video, said she now has to bury her three children.

‘I just wanna say I’m mad at the judge … I don’t have my babies…they were my everything, my purpose to breathe,’ she said.

A GoFundMe page was also set up to help the grieving mother with funeral expenses. More than $9,000 has been donated so far.

Richardson’s mother, Angie, told WFAA that her son had been in a long-distance relationship with Simpson.

Richardson, who had two daughters of his own, had traveled down to Ponder to see Simpson. He had been at her house only a few hours before Painter’s deadly rampage, Angie said.

‘He really was innocent in all this,’ she told the outlet. 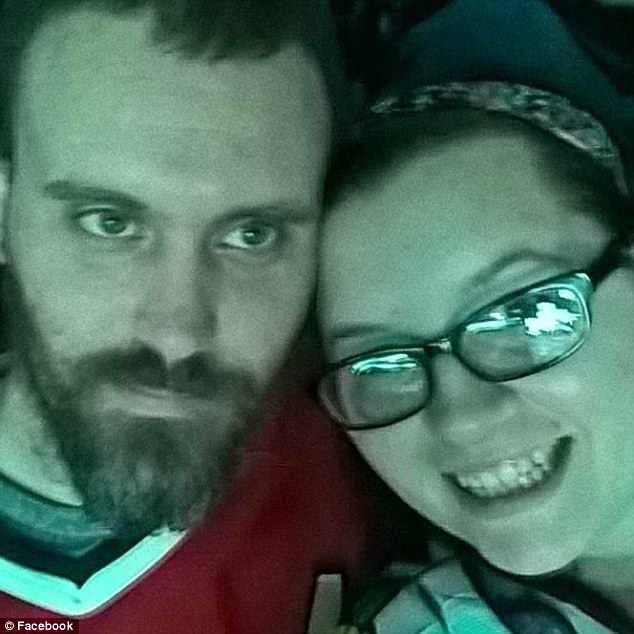 Simpson and her ex-husband Justin Painter are pictured above. Simpson said she warned a judge that Painter was mentally unstable 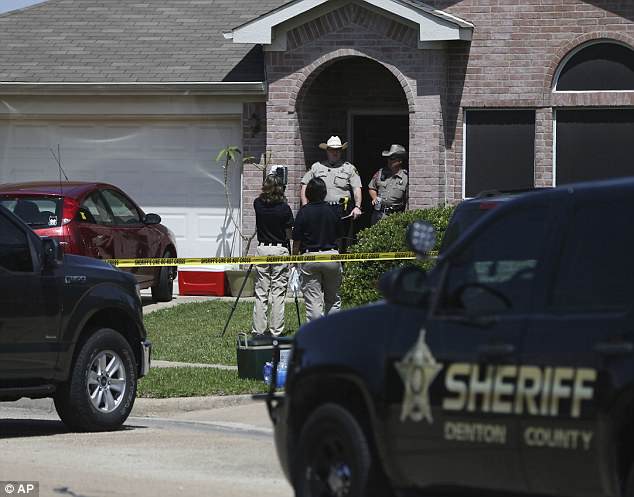 The shooting happened around 8.30am on May 16 at Simpson’s home in Ponder, Texas 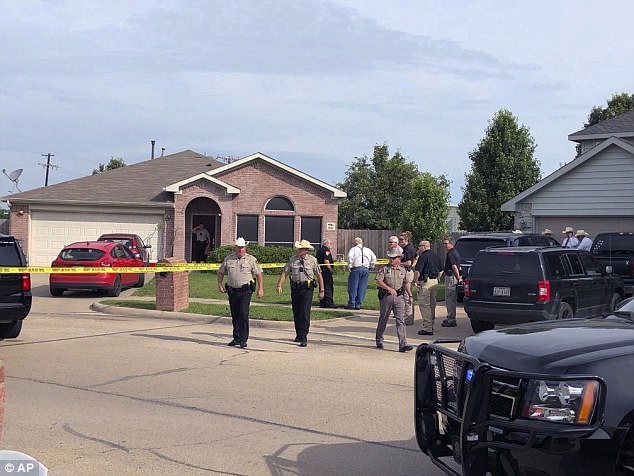 Her three kids, boyfriend and ex-husband were all pronounced dead at the scene