A mother of two sons made a final emotional plea in the hours before losing her battle with bowel cancer, asking her family to ‘look after my boys’.

Tanya Davies, 32, from Newcastle, died on Thursday, just 20 months after first being diagnosed, leaving her sons Ben, 14, and Jack, eight, in the care of extended family.

Tanya, who documented her illness on social media, even posting photographs during her final weeks in a hospice, left her family ‘crushed’ as she made the request while they gathered at her bedside.

Tanya Davies, 32, from Newcastle, lost her battle with bowel cancer on May 16th; the single mother-of-two who was first diagnosed in 2017 was in remission until Christmas 2018, when she was told the disease had returned and spread 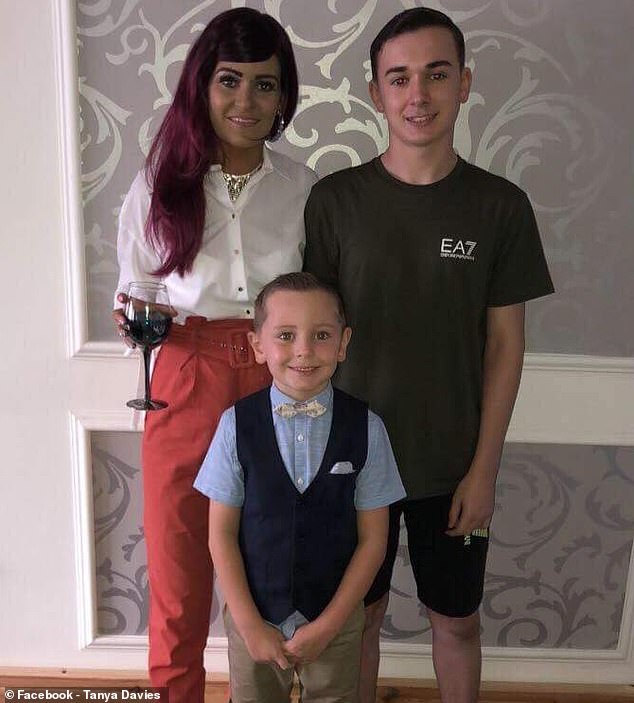 After posting on Facebook that leaving her two sons, Ben, 14, and Jack, 8, behind ‘scared the hell out of me’, her family revealed that during her final hours she told them to ‘look after my boys’

Marking what would have been her 33rd birthday this week, friends and family released balloons and toasted Tanya’s life, saying she was the ‘loveliest, nicest person ever’.

Relative Ian Bennett said Tanya had laughed in the face of her illness, frequently posting photos of herself looking glamorous and enjoying makeovers despite her gruelling treatment.

He said: ‘Over the last 20 months she’s been such a strong, strong person.’

He revealed that in the months before her death, she would constantly tell him: “‘Uncle Ian, please bring those boys up properly.” It was all she wanted,’ he said. 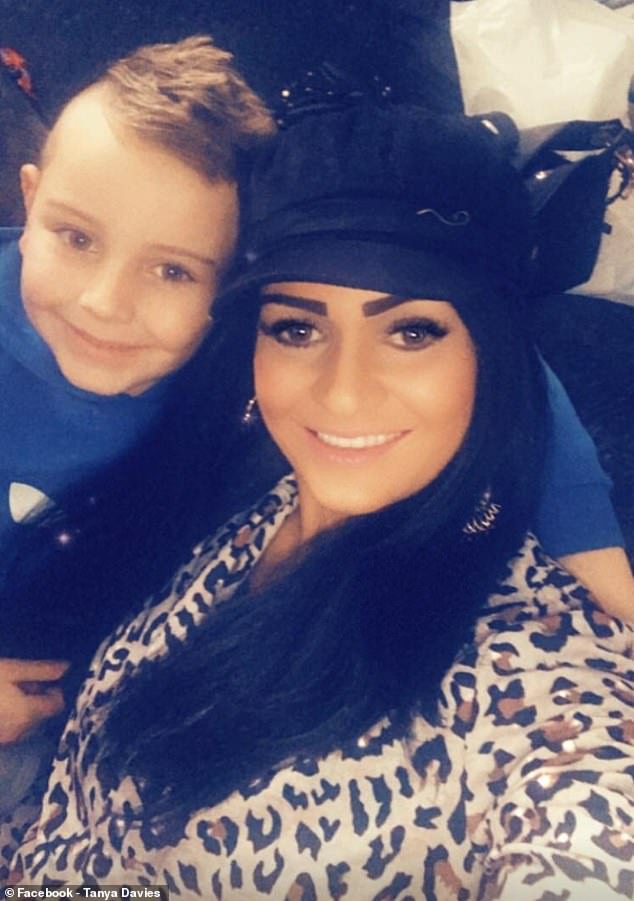 Final request: Tanya kept asking her uncle Ian Bennett to ensure her boys would be brought up to have ‘good manners’ 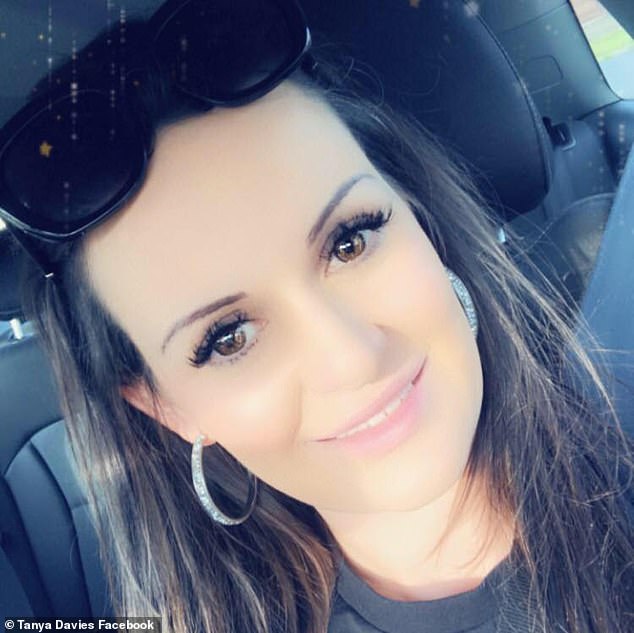 Despite her illness, Tanya continued to post photos of herself in the months before her death and vowed to make as many memories as she could with her family

After being told she was clear of the disease, she detailed her shock after it returned just before Christmas in 2018, telling her followers: ‘leaving them [Ben and Jack] scares the life out of me, I’ve got to give it all I’ve got and more… I’m devastated we have to go though all this AGAIN.’

Before her death, she’d taken to Facebook to reveal she’d booked a family holiday to Greece with money raised by supporters as a treat to her boys, a trip she’ll now never make.

She wrote in a final post: ‘We can’t wait…more memories to be made.’

At Christmas, she learned that the disease had spread around her body and vowed to make the most of the time she had left with Ben and Jack.

She told her local newspaper ChronicleLive: ‘I just want to know they will be OK’. 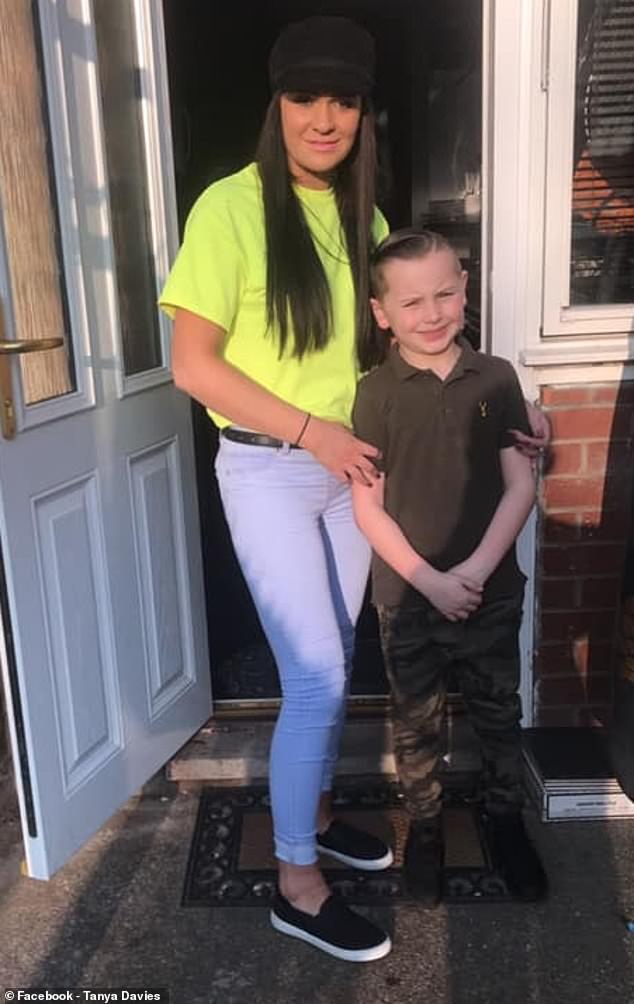 Tanya pictured with youngest son Jack, eight: the family had planned a holiday to Greece after well-wishers raised £20,000 in support of them 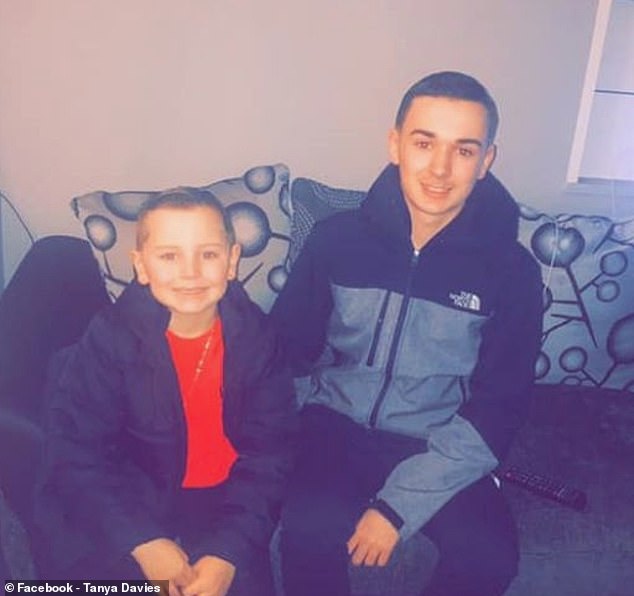 After being told her cancer had returned, Tanya posted an emotional post saying the thought of leaving her boys behind ‘scares the hell out of me’

The family spent time enjoying sleepovers, wine and ‘made every last second count’.

Symptoms of bowel cancer generally include:

Blood in the stool

Weight loss without any explanation

A huge fundraising effort saw £20,000 raised, with two bird watchers, total strangers, raising over £10,000 to send her abroad with her family.

On Facebook, tributes have flooded in for the ‘beautiful’ mum.

‘You truly are the biggest inspiration to us all and every day we will remember just how amazing you were,’ wrote one friend.

‘Now that your battle is over you are no longer in pain and you can watch your beautiful boys blossom into amazing men.’

Her school mate Joseph Wilkinson added that while they shared laughs and happy times together, he insisted her world really was her two sons.

‘She was always there for her boys, no matter what,’ he said. ‘And her last message was to make sure we were there for them.’

Tanya Davies’ funeral will be held at the West Road Crematorium on Thursday May 30th.