Mother-of-two got toxic shock syndrome caused by a tampon

When Amy Haller Follis fell ill after moving house in May last year, she wasn’t too surprised.

With two boys under the age of four, she and her husband Matthew had a stressful and arduous experience to say the least.

But what first seemed like the flu – muscles aching, fever, weakness, dehydration – rapidly turned into something more sinister. After two days of vomiting and struggling to eat, she could no longer stand.

Rushed to Chester County Hospital in West Chester, Pennsylvania, with piercing stomach pains, she was diagnosed with toxic shock syndrome (TSS), a possibly fatal condition caused by tampons, and transferred to intensive care.

It was then, as doctors feared she wouldn’t make it and called a priest to give the last rites, that Amy saw dead relatives – her mother, her father, her paternal grandparents and uncle, and her cousin who committed suicide in the mid-1990s at 16 years old. 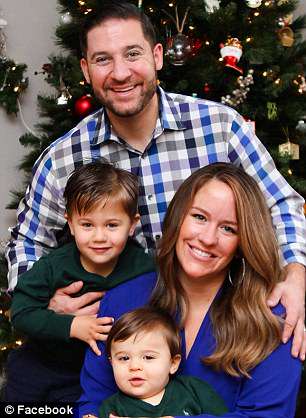 Amy Haller Follis, of Pennsylvania, thought she had the flu when she fell ill while moving house last year with her husband Matthew and their sons James, five, and Luke, three. It turned out to be toxic shock syndrome (TSS) caused by a stray fiber from her tampon, leaving her in the ICU 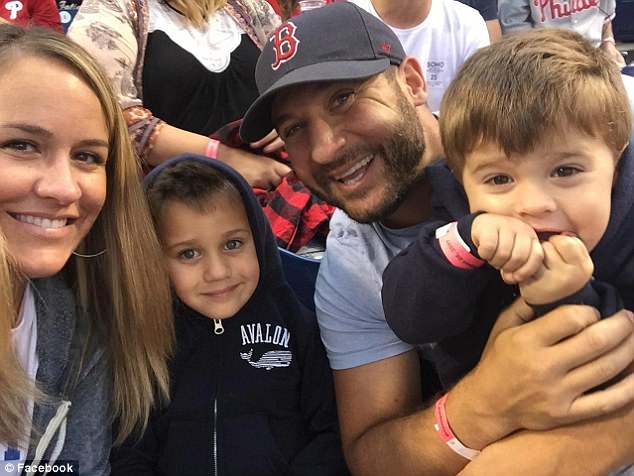 As the family settled into their new home in Pennsylvania, Amy, who works in sales as does her husband, was bed-bound and couldn’t walk or eat, feeling dehydrated and vomiting

Speaking to The Sun, she said they all appeared in her hospital ward, their upper bodies floating from ‘a white light in the distance’.

‘No one spoke to me but everyone was smiling and had a white light behind them,’ Amy said.

‘They were all there together. It was a very comforting experience. I was so happy to see them. I knew they were there. I knew where they were coming from, but I didn’t want to go there.’

Amy, who lives in Philadelphia and works in wine sales, never suspected toxic shock syndrome could be causing her symptoms.

She had heard of the condition, which has killed scores of women and led to model Lauren Wasser famously losing both her legs. For that reason, Amy had always been very careful about her use. She never left it in for more than eight hours, as stipulated on the pack, and always stuck to the same brand.

When she fell ill on May 5, 2017, it was a couple of days after finishing her period, so she didn’t put the two together.

However, when she was lying in hospital on May 7 last year, the doctor found her cripplingly low blood pressure and high fever stemmed back to an infection in her cervix, and quickly diagnosed the tampon-related condition.

The doctor suspects a piece of fiber may have broken off the tampon, and lingered, triggering the condition. 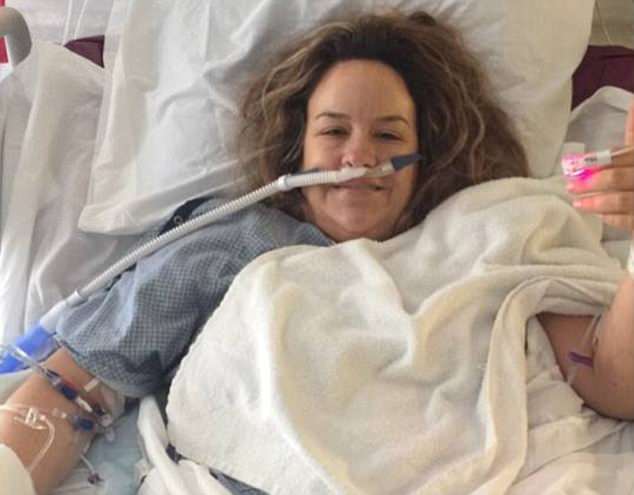 Amy said that as she lay in bed she saw her relatives, including a cousin who committed suicide in the 1990s at the age of 16. While in hospital (pictured) she gained 50 pounds in a few hours from IV fluid, and was given the last rites as the doctors thought she wouldn’t make it 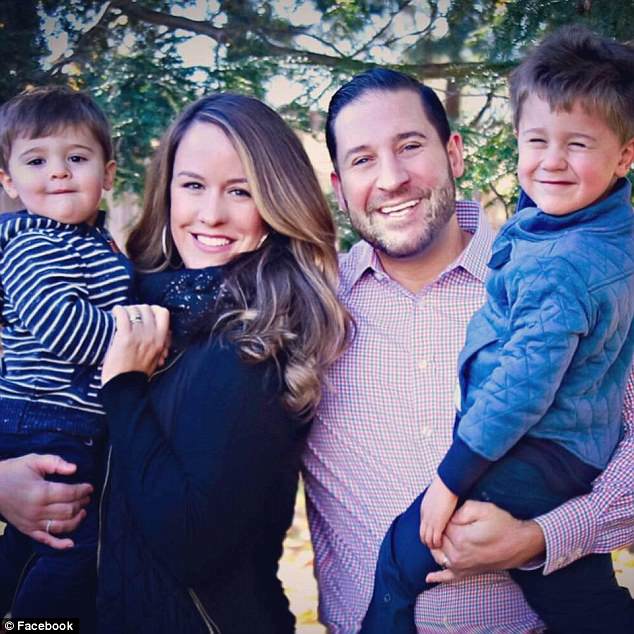 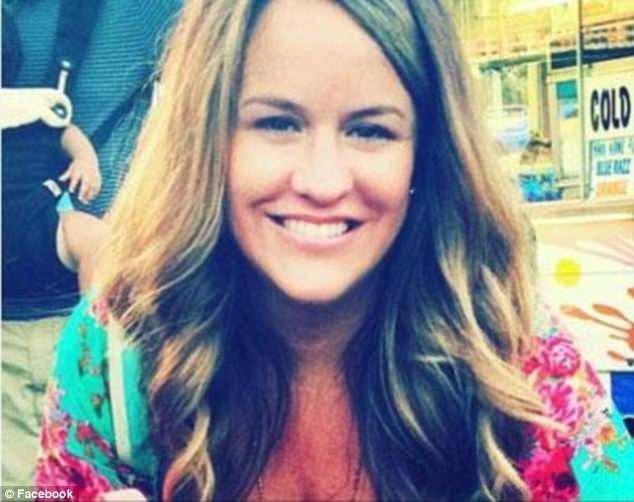 ‘I’ve been given a second chance’: Despite the agony of a miscarriage, Amy is grateful to have survived the often-fatal condition

WHAT IS TOXIC SHOCK SYNDROME?

Toxic shock syndrome is a highly dangerous bacterial infection – but it can be misdiagnosed because the symptoms are similar to other illnesses and because it is so rare.

It occurs when usually harmless Staphylococcus aureus or Streptococcus bacteria, which live on the skin, invade the bloodstream and produce dangerous toxins.

Symptoms usually begin with a sudden high fever, with a temperature above 38.9C/102F.

Within a few hours a sufferer will develop flu-like symptoms including headache, muscle aches, a sore throat and cough.

Women are most at risk of getting toxic shock syndrome during menstruation and particularly if they are using tampons, have recently given birth, or are using an internal barrier contraceptive such as a diaphragm.

While tampon boxes advise to change them between four to eight hours, it is common for women to forget and leave them in overnight.

She was bed-bound in intensive care on ‘pressers’ (medication to lower blood pressure) and a breathing machine for five days, unable to walk and unable to breathe.

The sheer volume of IV liquid doctors plied her with led her to gain 50 pounds in just a couple of hours.

Eventually, the team told her family she wouldn’t make it, and they started saying their goodbyes.

According to the Sun, Amy’s condition unexpectedly turned soon after that moment. She had to stay in hospital another six days before stunned doctors said she could be discharged, escaping the cruel fate that hits so many TSS sufferers including death and multiple limb amputations.

The infection occurs when usually harmless Staphylococcus aureus or Streptococcus bacteria, which live on the skin, invade the bloodstream and produce dangerous toxins.

It most commonly occurs in women using tampons.

Tampon boxes come with a warning of the deadly infection after leaving it in for more than eight hours, though Wasser said she changed them regularly.

Each year toxic shock syndrome affects about one in 100,000 women.

The disease made headlines in the late 1970s and early 1980s after the deaths of several young women who were using a brand of super-absorbent tampon that was later removed from the market.

Amy believes the harrowing impact on her body has had a lingering effect: she and Matthew, 40, have just suffered a miscarriage 10 weeks into her third pregnancy, and they believe the toll TSS took on her body may well be a factor, though there is no medical literature on that link.

Nonetheless, she said she cannot express her gratitude for surviving.

‘I feel like I’ve been given a second chance,’ she told the Sun.