Mother of U.S. student stabbed to death in Netherlands tells of shock

The tragic mother of a 21-year-old year American college student stabbed to death while studying in the Netherlands has spoken how she ‘kind of knew’ what sheriffs were going to say when they came to her door.

Donee Odegard said the sheriffs asked her a few questions about her daughter, Sarah Papenheim, who was studying at Erasmus University, Rotterdam before telling the shocked mother she had been had been stabbed to death.

‘He was sad to inform me that my beautiful daughter had passed. I kind of knew it was coming when you have done this before,’ said Odegard, referencing the way she learnt her son had taken his own life at 21, three years ago, in an interview with ABC’s ‘Good Morning America.’

Donee Odegard told how sheriffs asked her a few questions about her daughter, Sarah Papenheim, who was studying in Rotterdam, before telling her she’d been found stabbed 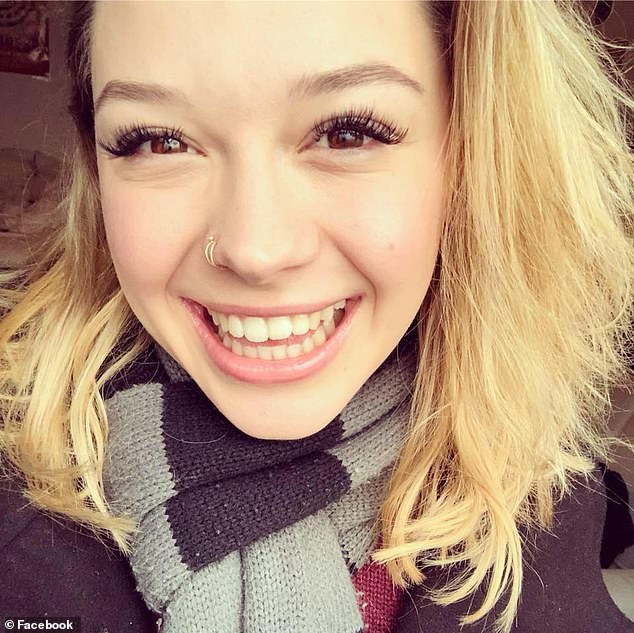 ‘He was sad to inform me that my beautiful daughter(Papenheim pictured) had passed. I kind of knew it was coming when you have done this before,’ said Odegard 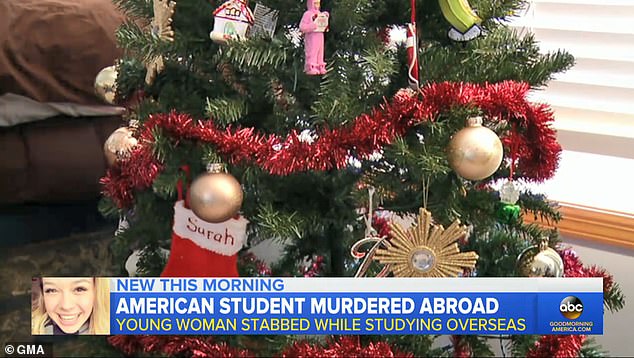 Papenheim, of Minnesota, died Wednesday afternoon after she was attacked at her Rotterdam apartment.

She was found covered in blood and pronounced dead at the scene by emergency workers, who responded to her residence after hearing loud noises and arguing coming from the young woman’s room.

A 23-year-old Dutch man, Joel Schelling, who lived in the same building as Pappenheim was arrested after being located at the Eindhoven train station about 60 miles from Rotterdam, shortly after the body of the 21-year-old was discovered. 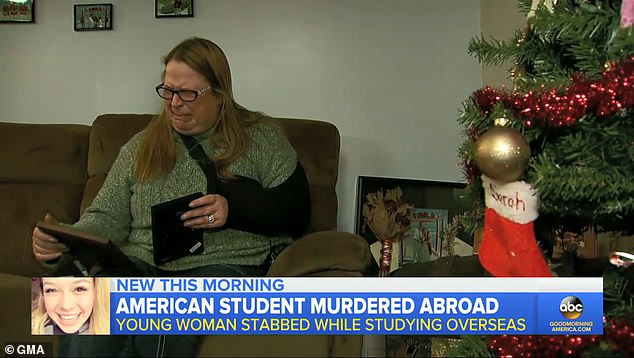 Donee Odegard’s son Josh took his own life three years ago aged 21. Sarah Papenheim was studying psychology with an emphasis on suicide

The suspect and victim were both residents of De Snor, a building that largely housed students studying at Erasmus University.

Papenheim, who had been studying in Rotterdam since 2016, occupied a studio apartment on the third floor of the building.

At the railway station, the suspect was ordered on his knees and held his hands behind his back as police handcuffed him and conducted their search before taking him into custody. 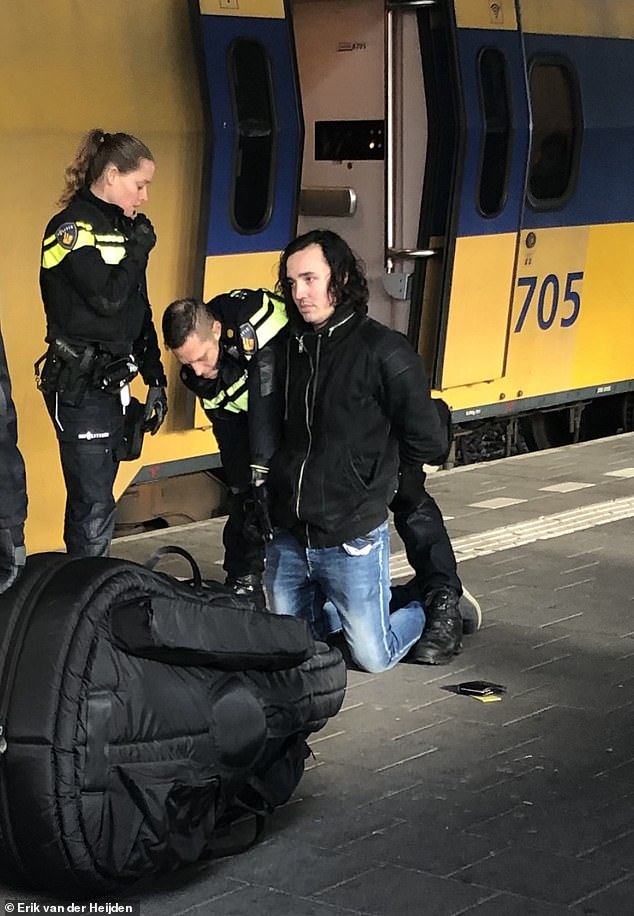 A 23-year-old Dutch man, Joel Schelling, who lived in the same building as the Pappenheim was arrested after being located at the Eindhoven train station

Papenheim was in a relationship with another student at the university, Nico Karsemeijer, who was majoring in business administration.

A musician who took a photo of Schelling described his appearance. ‘Maybe he was just in a psychotic state of mind. He did not speak and almost didn’t blink his eyes.’

Authorities believe that Papenheim was still alive when Schelling fled the scene, leaving her to bleed to death.

Odegard said she was becoming increasingly concerned about Schelling and her daughter had complained about the suspect, who she was good friends with, having a bad temper. 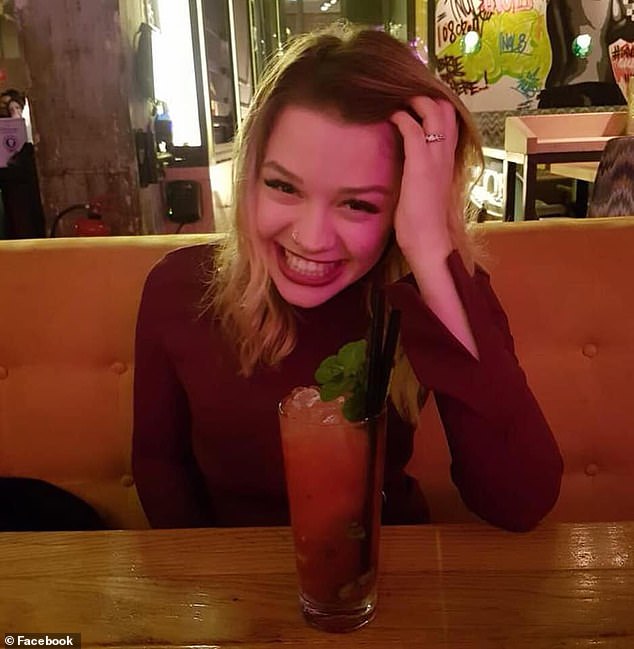 Odegard said her daughter had complained about the suspect, who she was friends with, having a bad temper

She said she told her daughter to get out, but Papenheim would say that she was ‘his only friend. He would get angry, but I can always talk him down and change his mind.’

Odegard said the man was a cello player and her daughter was a talented jazz drummer. Both were studying and shared a love of music.

Odegard said her daughter could ‘make friends with anybody.’

‘Nothing concerned me until the last time I talked to her when she told me this story,’ Odegard said. ‘She said, ‘Mommy he did this. He is acting strange.”

It was a worry shared by Papenheim’s friend, Adam Pryor, who said he received a text message from Papenheim on December 6, saying her roommate threatened to kill three people. In the messages, shared with The Associated Press, Papenheim said she was going to have to go to the police. Pryor is not sure if she ever did.

Papenheim was committed to helping people with mental problems, said to be in the wake of her brother’s suicide. She was studying psychology with an emphasis on suicide. 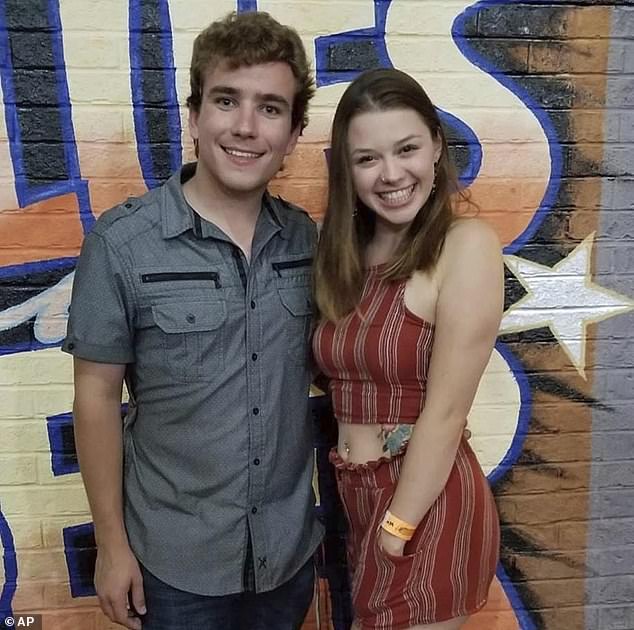 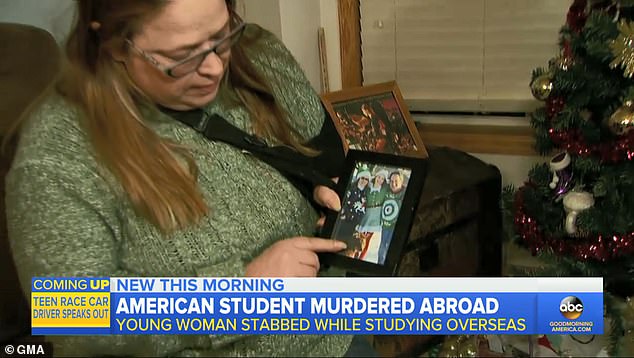 ‘I know that everyone says that their daughter or son is the sunshine in everybody’s life, but my daughter lights up the world,’ Odegard said

The Papenheim family lost their son, Josh, in 2015, who took his own life just days after their mother remarried.

‘I’ve been through this before,’ Odegard told Fox 9. ‘I’ve cried so much my ducts are dry. I am in the angry stage now.’

Odegard praised Papenheim’s boyfriend, Nico, for the support he’d provided, both emotionally and as a native Dutch speaker.

‘He has been a rock for her,’ Odegard said. ‘He was there when my son committed suicide; he has been there for her so much. I don’t know what would have happened for both of us if he wasn’t there. He helped us so much.’

‘I know that everyone says that their daughter or son is the sunshine in everybody’s life, but my daughter lights up the world,’ Odegard said.

Papenheim had been due to return to Minnesota for the holidays and her mother had put the tree up in preparation. 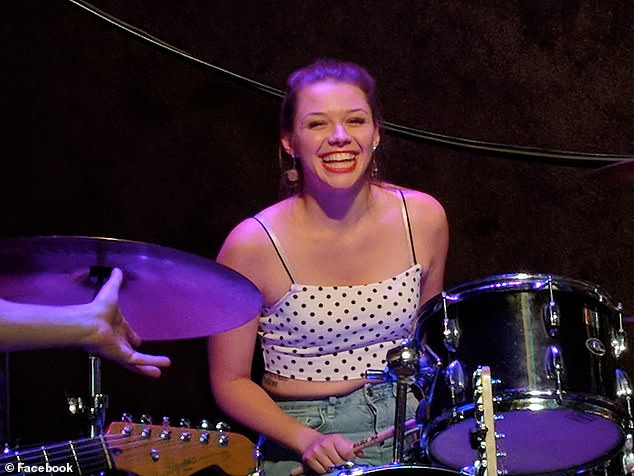 Sarah Papenheim who was a talented drummer was studying in Rotterdam after meeting her Dutch boyfriend, Nico Karsemeijer, online 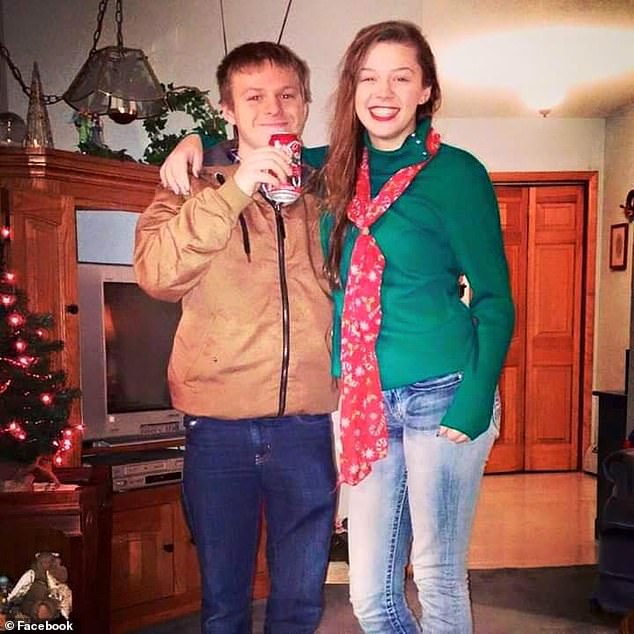 ‘Sarah was a beautiful, vibrant young woman and a talented musician with a smile that could light up a room,’ the GoFundMe read.

‘She played with some of the best musicians on the scene in the Twin Cities and had many close relationships with them. Her presence is irreplaceable. We love you, drummer girl.’

Odegard flew to Rotterdam on Friday.

A spokeswoman for Erasmus University released a statement:

‘The university is shocked by this terrible incident and is taking care of upset students and employees and will act towards relatives according to our protocols.

‘We encourage our students and staff not to let each other alone in this difficult time and to get in touch with student-advisors and psychologists if they want to,’ the statement read.