Mother praises father who saved her sons from rip tide

A heroic father-of-three who drowned while trying to save four children from a rip tide in heavy seas has been hailed a hero by their devastated mother.

Shaun Oliver, 32, from Victoria, was in Wollongong on business when he raced into the treacherous surf on Sunday afternoon to try and save the children.

‘It was an heroic act but it has unfortunately cost him his life,’ Detective Inspector Brad Ainsworth of Wollongong Local Area Command told reporters on Monday.

The Wollongong father of the children had managed to get his two younger children to shore, but the two older boys aged 10 and 12 got caught in a rip.

And now the mother of the two boys struggling in the water has moved to heap praise on Mr Oliver in an emotional interview.

‘He is a hero. I’m sure he is very happy in the place that he is now’, Islam Hammad told Seven News.

Shaun Oliver (pictured) from Victoria, was hailed as a hero after he entered the dangerous surf to save a 12-year-old boy at Wollongong City Beach on Sunday

‘He saw the waves were very high but he went and saved them.’

Mr Oliver entered the water and managed to reach the 12-year-old, but got into trouble himself.

A surfer reached the pair and helped the boy towards the beach, but Mr Oliver was swept out to sea.

Three police officers swam out to reach him and pulled him from the water and paramedics gave him CPR but he died in hospital.

An off-duty paramedic helped the 10-year-old to shore.

The two boys and the off-duty paramedic were also taken to hospital for assessment.

Inquiries into the incident are continuing and police will prepare a report for the Coroner. 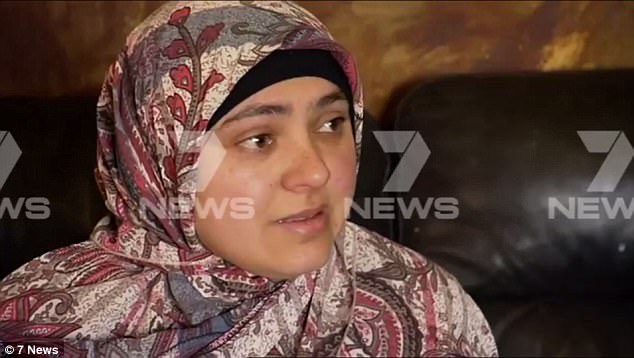 ‘He is a hero. I’m sure he is very happy in the place that he is now’, Islam Hammad said 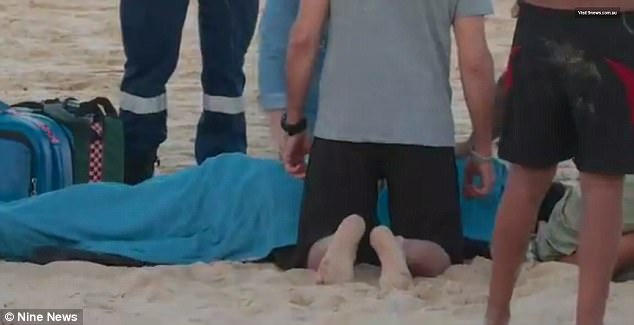 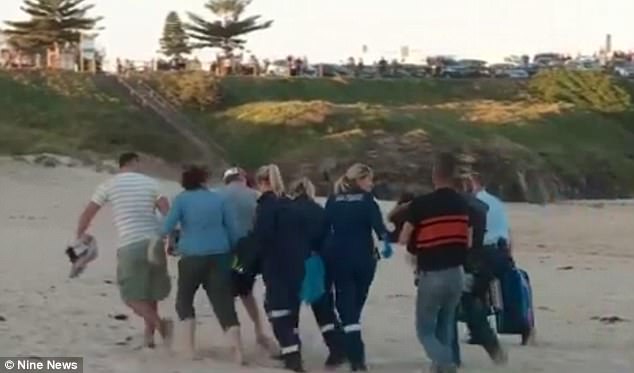 The four children were all rescued, but 32-year-old was taken to hospital, where he later died

Mr Oliver’s brother Nathanael wrote on a GoFundMe page that he had sacrificed himself to save the children, leaving behind his wife of almost 10 years and their three children.

‘Shaun has sacrificed his future happiness and shared life with wife Carla and three beautiful children to do what none of us hope to do in this lifetime… be tested,’ his brother said.

‘Sadly not long before their 10 year anniversary, Shaun was faced with an ultimatum.

‘He chose to protect those who could not protect themselves. And he, and his family, have paid a heavy price.’ 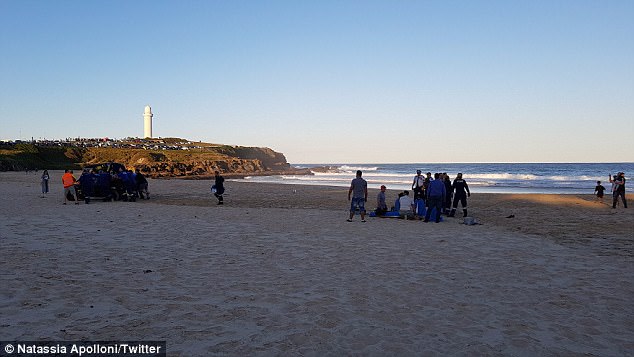 Det Insp Ainsworth said people should not have been swimming at the closed beach on Sunday as conditions were bad.

‘The beach was closed. There was a heavy surf, a drag, an undercurrent, it was just all the conditions there that you don’t go in.’

Surf Life Saving has warned beachgoers of the dangers of the surf.

‘It might like picturesque and tame but there is quite a strong undercurrent and tow,’ a spokesman said.

‘Inexperienced people need to heed the warnings and don’t go into the water.’