A mother has narrowly avoided jail for setting up a business selling dodgy make-up which contained dangerous levels of cancer-causing chemicals.

She also made up false health benefits of her wares, saying some could dissolve fat and that others cured tuberculosis.

But the mother-of-three from Plymouth, Devon, was handed a suspended prison sentence at court yesterday.

Plymouth Crown Court heard she made tens of thousands of pounds a year by selling cosmetics and diet and nutritional supplements from her home.

She ignored repeated warnings from Devon County Council until trading standards officers raided her home and seized more than 600 products.

All of the products seized proved to be illegal in this country and Day was thrown in jail for 24 hours. Judge Ian Lawrie said she had seen a way to make ‘easy money’. 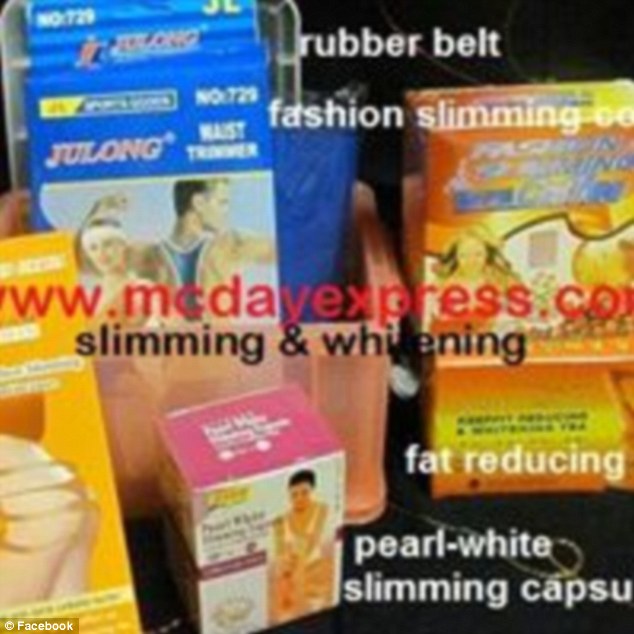 He told the defendant: ‘You chose to import and sell products which contain dangerous levels of chemicals despite repeated warnings.

‘Quite apart from the quackery of health products and the desire for skin-whitening, you sought to make money out of people’s foolishness by making false promises.’

Day pleaded guilty to 14 breaches of the Consumer Protection from Unfair Trading Regulations in October and November 2016.

She also admitted transferring criminal property by making 33 transfers from her PayPal account to a bank account totalling £30,052 between January 2016 and February 2017.

Day pleaded guilty to transferring £50,000 in criminal property from the bank to recipients in the Philippines – out of the jurisdiction of the courts. 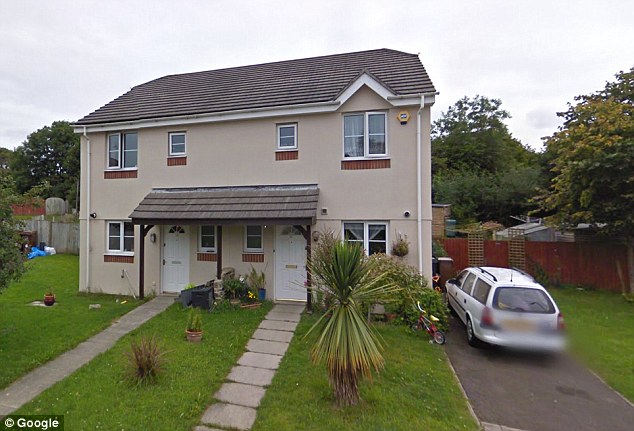 Police raided Day’s semi-detached home (on the right) in Plymouth, Devon, in November 2016

The court heard that Day is to face action under the Proceeds of Crime Act to seize her ill-gotten gains.

Her bank accounts are frozen and she is only allowed to withdraw a certain amount a month for household expenses.

Tom Bradnock, for the Crown Prosecution Service, said trading standards officers from Devon County Council had warned Day about her conduct since July 2014.

He added that Day carried on selling illegally – as proved by test purchases. Mr Bradnock said officers eventually raided her home at the end of November 2016.

He added that 676 items were seized, none of which complied with labelling laws.

Mr Bradnock said cosmetics including mercury and hydroquinine exposed users to risk of health, including cancer. 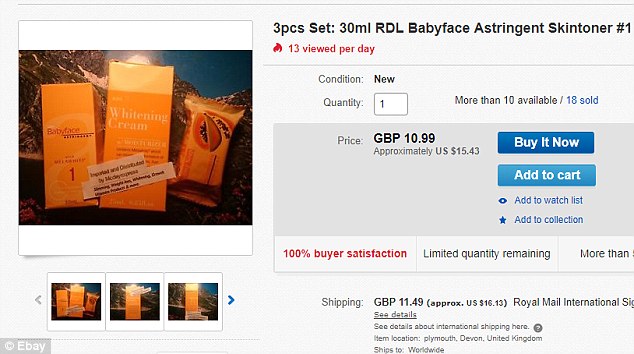 Michael Green, for Day, said she had no previous convictions since she came to the UK from her native Philippines in 2003.

He said she had three children with her husband, one of whom had health difficulties including a hole in the heart.

Mr Green said she had worked as a nanny and in a nursing home but had started selling the items in 2013.

He added: ‘She was selling these products to Asia where there is great interest in skin-whitening products.’ 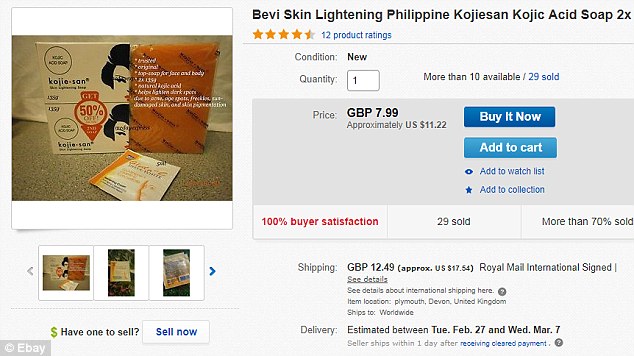 Mr Green said it was on a small scale but then escalated as the family struggled with its finances.

The barrister added that money raised was invested back into the business, buying more products in the Philippines.

She appeared completely unprepared for prison, leaving her car outside with a two-hour parking ticket. Her mobile phone was locked in the Mercedes.

She was also handed a victim surcharge of £100. The judge said he did not doubt her stay in prison was ‘unpleasant’, but added it was meant to ‘impart a lesson’.

He ordered that all the products seized by the officers be destroyed.