A mother has described her heartbreak after both of her sons died within five months of each other because of failings or neglect by the same NHS trust.

Matthew Copestick, 21, from Stockport, collapsed and died in the shower from heart arrhythmia, four days after being sent home from hospital when ‘poor communication’ by health staff wrongly assessed him as ‘medically fit.’

Sam’s mother, Helen, had repeatedly raised concerns that her son’s health was declining following his brother’s death, but her concerns were ignored.

Her son attempted suicide and was found after hospital staff called his devastated mother and said: ‘Sam’s gone awol.’ He died in hospital three days later

Inquests for both boys condemned the health body and other agencies for mistakes made over their medical treatment.

Last week, a jury concluded Sam’s death was contributed to by neglect whilst in January a coroner cited failures over communication and planning as being a factor in Matthew’s death.

Matthew Copestick, 21, left, collapsed and died in the shower from heart arrhythmia in Stockport in January 2019. His brother Sam, 24, right, took his own life five months later. Last week, their mother Helen McHale, 59, heard that an inquest into Sam’s death ruled that Pennine Care NHS Foundation Trust’s several failings and neglect played a part in his death

Mum-of-two Helen, 59, said: ‘I have to live every day without my sons knowing, deep down, that they would still be here, if my concerns had been taken seriously.

‘Sam became more ill and paranoid after Matthew died. He didn’t believe Matthew was dead and thought I was lying to him.

‘I told the staff how much he was deteriorating, yet they let him go out and he took his own life.

‘A mother’s voice should be heard. Mental health is a sensitive and complex issue but I hope that procedures will be changed and that other families will be spared this suffering.’ 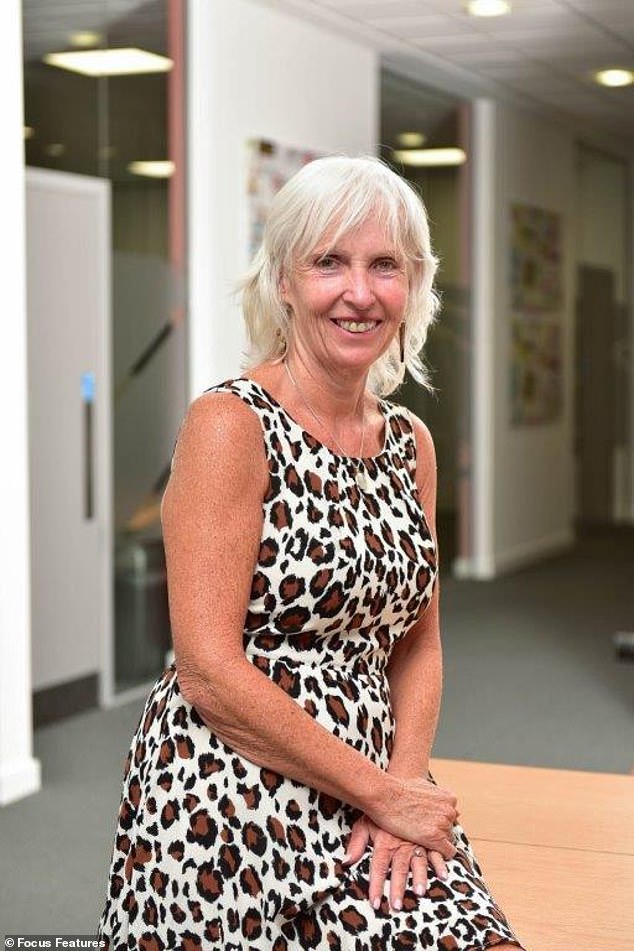 Helen, pictured, said she voiced concerns about her sons’ welfare before their deaths, but was not listened to 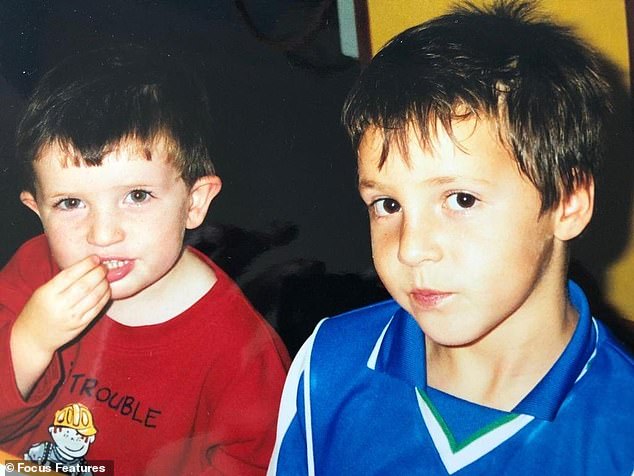 Matthew, left, struggled to find his place in life and turned to alcohol in 2018. Meanwhile, Sam, right, was a brilliant student but was diagnosed with paranoid schizophrenia in his late teens

As small boys Sam and Matthew were close but completely different. Sam, born in July 1994, was popular, academically gifted and a keen chess player. Matthew, three years younger, was diagnosed with Asperger’s after starting school. Helen and the boys’ father, Lee, split when the children were little but remained friends.

Helen, a housing association CEO from Stockport, says: ‘Matthew was really funny, he always made us laugh. We nicknamed him “Albert Tatlock” from Coronation Street because he was like a little grumpy old man at times .

‘Matthew was great at home on a one-to-one, but struggled socially and at school.

‘Sam was very intelligent and really good looking, but as a teenager, he struggled with his mental health. He studied accountancy at uni but dropped out.

‘He was offered an apprenticeship but gave that up too. He was looking for his place in the world and he couldn’t find it. 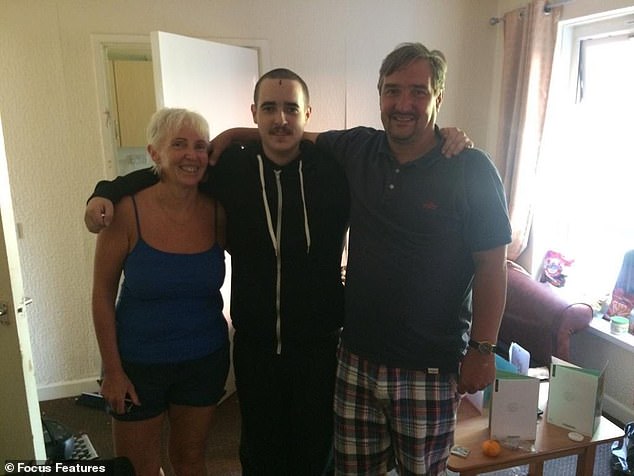 Matthew, centre moved into supportive living aged 18, while Sam was admitted into a mental health unit in Rochdale aged 21, but was released and tried to take his own life. Following this attempt, he spent more than two years in hospital

‘He knew there was something wrong with him, but he didn’t know what it was. We helped get him counselling but his problems were very complex.

‘I hoped he’d come through it, as teenagers do.’

Helen said: ‘Matthew loved having his own place with his independence but keeping a close relationship with his dad and I. We were a big part of his life supporting him, but managing his money and cooking food. He was a big football, snooker and music fan and had a season ticket for Rochdale FC.’

Sam, meanwhile continued to decline and began showing signs of psychosis. He was admitted to a mental health unit in Rochdale but despite family concerns was released and threw himself on a train track. He recovered physically but continued to struggle mentally. Sam remained in hospital for more than two years. 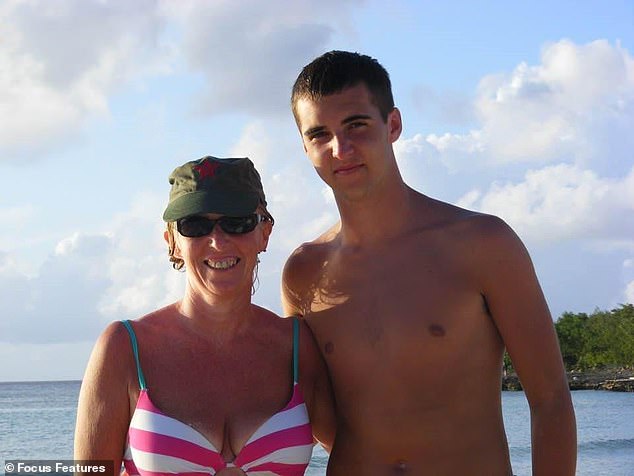 Helen on holiday with Sam before his mental health started to deteriorate. Helen admitted she worried about Sam, but thought he was in the right place 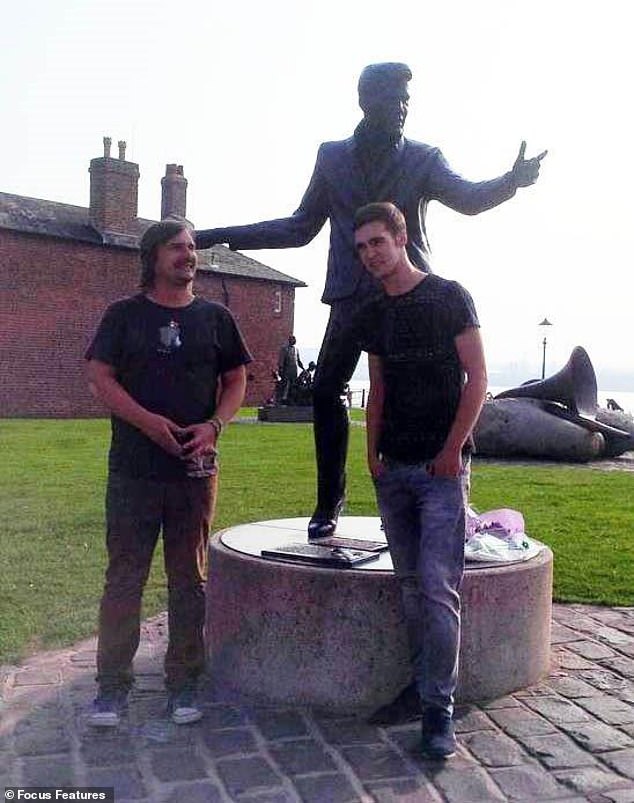 Matthew’s mental health began to deteriorate as well in 2019 after a year of drinking. He 31-year-old wanted to quit drinking and be admitted into a detox programme

Helen says: ‘I worried so much about Sam, but his dad and I believed he was in the right place.

‘Around August 2018, Matthew began to drink, he used alcohol as a crutch, and although he wanted a detox , we struggled to get the help he needed, quickly.’

Christmas 2018 was difficult. Matthew loved Christmas and birthdays but also felt under pressure by the need to be happy. By January 4, he was so unwell that he went to A&E and was referred for an emergency detox programme, rather than the planned one he had been working towards.

Helen said: ‘All the medics who saw Matthew agreed he needed urgent help. But due to a confusion over the process and criteria the detox unit refused to admit him and instead, he was just sent home. 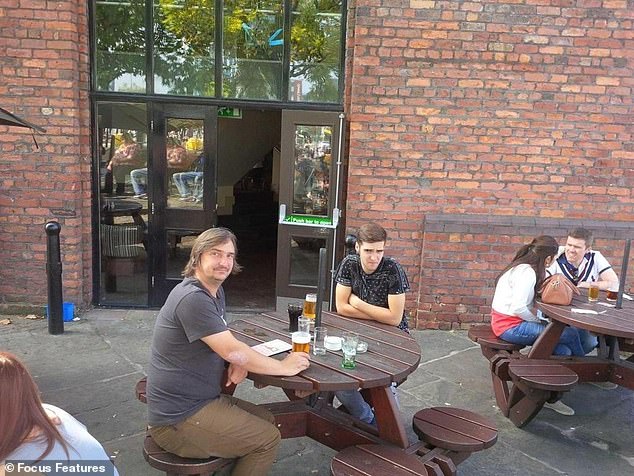 Matthew, left and Sam, right, having a drink. The two men were close growing up, in spite of being very differen 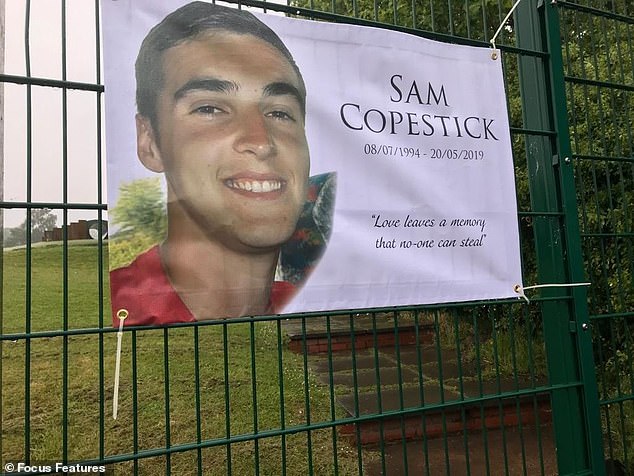 Pictured: a banner in memory of Sam after he took his life in 2019. Same was taken out of the facility by one of the carer to go shopping, but he escaped his care and took his own life 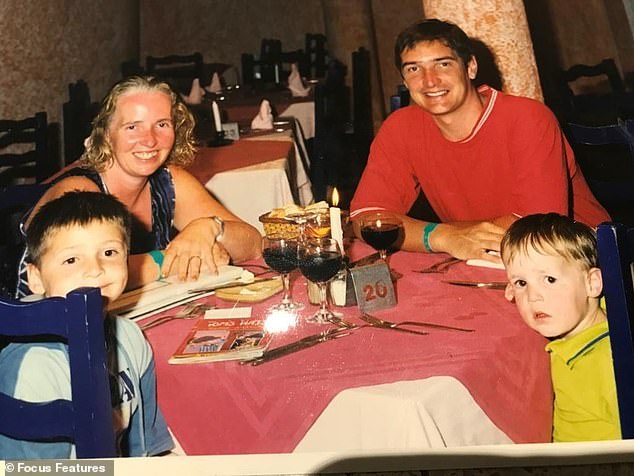 Pictured: Sam and Matt with Helen and her ex-husband Le. Lee and Helen divorced when the boys were young but remained in good terms

‘We were so worried about him. He said to me: “Mum I want my detox before I die”. It had such a powerful impact on me and has haunted me ever since.’

On January 8 2019, Helen called Matthew and arranged to call him back again later in the afternoon. But Matthew, 21, did not pick up and was tragically found dead in the shower.

Helen says: ‘We were heartbroken. I am tormented by the thought that he would have been alive if he’d been in detox.’

Helen says: ‘Sam accused me of lying about Matthew’s death; he became even more paranoid and thought it was all part of the conspiracy.

‘Sam went to the funeral parlour, but he said the body wasn’t Matthew.

‘After Matthew died, Sam stopped showering and began eating less. He was convinced everyone wanted to kill him. 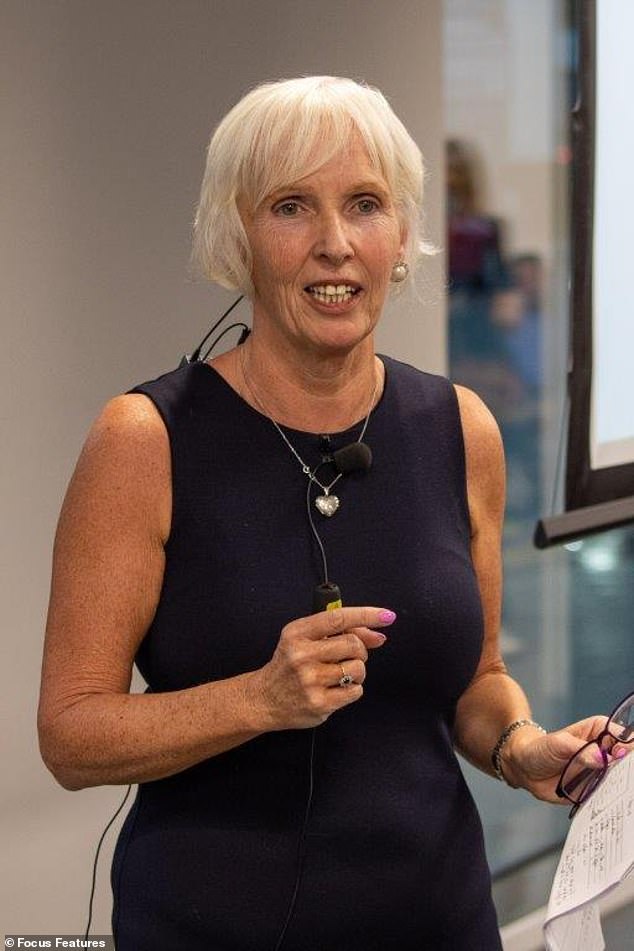 Helen, pictured, said she was appalled that Sam had been let out of care in spite of the concerns she had voiced about his mental state 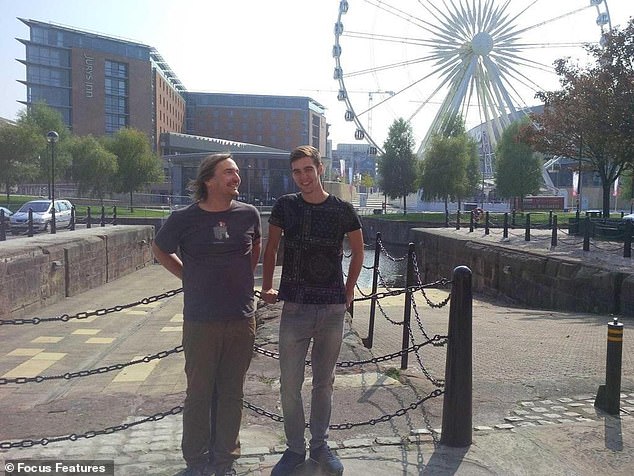 An inquest in January this year ruled that Matthew, pictured left during a family trip to London, died from Sudden Death in the context of alcohol dependency

Despite Helen’s concerns, Sam was allowed out of hospital for a trip to the shops with a single female care worker. On the way he tried to throw himself in front a car, but the carer chose to continue with the trip.

When they reached the shop, Sam bolted. Helen received a call from the unit soon after to say: “Sam has gone awol”.

He was found a short time later.

Helen said: ‘I was appalled that Sam had been let out of hospital at all, let alone to the shops and with just one worker. The staff had totally ignored my concerns and the discussion at his last review.’

Sam was on life support for three days, giving his family a chance to say goodbye and donate his organs. He died on May 20 2019, less than five months after Matthew, with his friends and family present.

An inquest in January this year ruled that Matthew died from Sudden Death in the context of alcohol dependency. The coroner slammed hospital staff for ‘poor communication’ and ‘a lack of understanding.’

Sam’s inquest was held last month at Rochdale Coroners Court during which Pennine Care NHS Foundation Trust apologised to the family and accepted numerous failures including an absence of a risk management plan, failure to liaise with Sam’s mother, despite her raising concerns about his condition and the lack of staff looking after him whilst on the escorted visit. 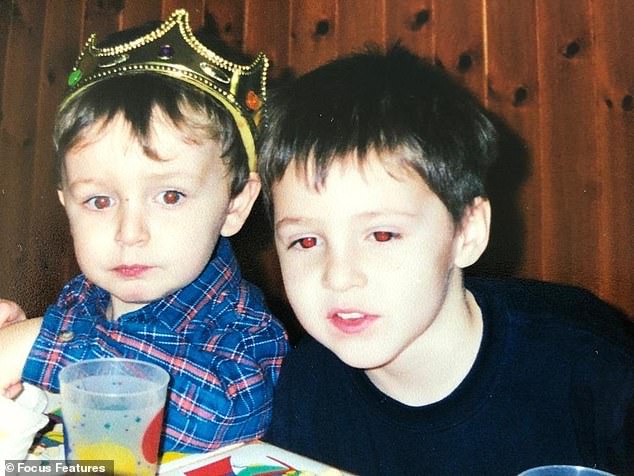 Sam’s inquest was held last month at Rochdale Coroners Court during which Pennine Care NHS Foundation Trust apologised to the family and accepted numerous failures including an absence of a risk management plan, failure to liaise with Sam’s mother, despite her raising concerns about his condition and the lack of staff looking after him whilst on the escorted visit. Pictured: Matthew and Sam as children 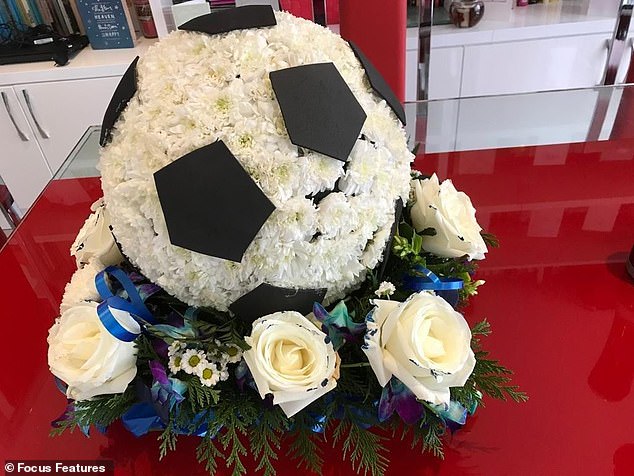 A football-shaped wreath for Sam’s funeral. He was a fan of the game and had season tickets for Rochdale FC 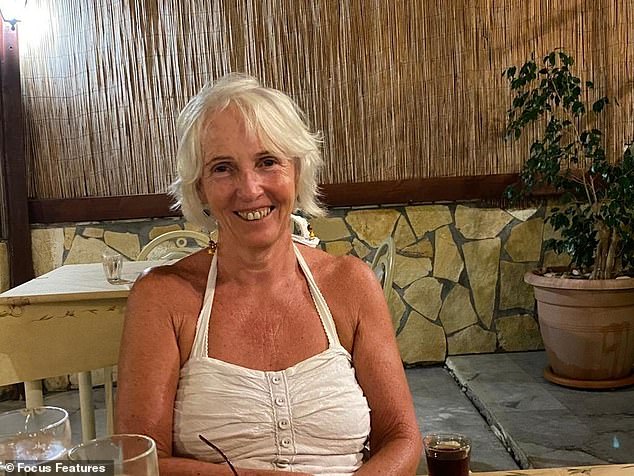 The inquest also heard that in 2018, Helen, pictured,  issued a complaint about the care Sam was receiving at the unit saying she believed medical staff were consistently ‘underestimating the risk’ to her son 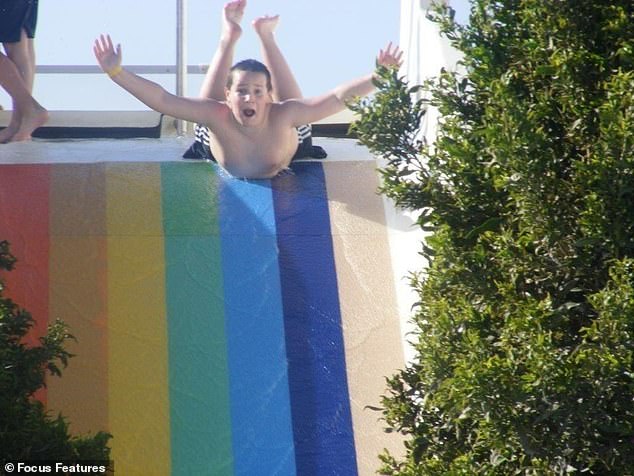 Pictured: Matthew as a kid during an outing at a waterpark. Helen said she was haunted by the fact he begged her to go on a detox programme before his death

The inquest also heard that in 2018, Sam’s mother issued a complaint about the care Sam was receiving at the unit saying she believed medical staff were consistently ‘underestimating the risk’ to her son.

Her complaint was investigated and recommendations were made for improvements but none were put into effect. The jury concluded Sam should never have been allowed out on leave.

The boys’ father, Lee Copestick, 57, says: ‘Loved ones need to be safe, secure and supported to a high standard. It is devastating to lose two sons where their deaths were preventable due to key failings.

‘In Sam’s case a finding of neglect should prompt fundamental improvement so that there is no repetition of our tragedy. Every family has a right to expect that.’

Ruth Bundey from Harrison Bundey Solicitors, who represented the family, said: ‘It is beyond belief that senior Pennine staff ignored crucially informative and courteous emails, as well as calls, from Sam’s mother Helen, revealing her son’s increasing distress that if he went out on leave he would be killed.

‘This followed two sets of admissions in the previous year that the Trust had not sufficiently listened to the family’s experiences. This devastating lack of respect ultimately led to Sam’s death.’

Clare Parker, executive director of nursing, healthcare professionals & quality governance at Pennine Care NHS Foundation Trust, said: ‘We offer our deepest sympathies to Matthew’s family for the loss of their much loved son. We accept the conclusion of the coroner and recognise that there are lessons to be learnt. 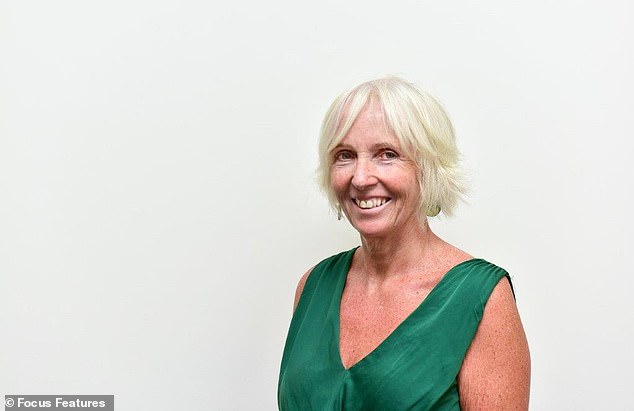 Helen’s 2018 complaint was investigated and recommendations were made for improvements but none were put into effect. The jury concluded Sam should never have been allowed out on leave

‘We are working on improving communication between teams to ensure all alcohol referral pathways for patients attending A&E are understood. As a trust, patient safety is a priority and we are sorry that on this occasion the referral did not happen.’

She added: ‘We would again like to offer our deepest apologies to Sam’s family. Our thoughts go out to them and all those who knew Sam.

‘We are truly sorry about the failings and put an improvement plan in place straight after our investigation to try and ensure this never happens again. This has included investment into a dedicated service manager and also a head of quality post.’

‘We are truly sorry about the failings and put an improvement plan in place straight after our investigation to try and ensure this never happens again. This has included investment into a dedicated service manager and also a head of quality post.’