Chopped up fruit, especially apples, often makes its way back home uneaten because it has turned brown.

The problem is a source of frustration for many parents making the effort to feed their kids healthy snacks.

A Sydney-based mum-of-three has come up with a solution – one that’s simple, effective and guaranteed to work.

Chopped up fruit, especially apples, often makes its way back home uneaten because is has turned brown (stock image)

And the trick doesn’t use fancy storage containers or a squeeze of lemon juice – instead, it makes use of the humble rubber band.

Eleanor Hill, mum to Patrick, six, Harry, 4, and Anni, 2, revealed she cuts up the apple into slices but keeps the core intact.

Next she reassembles it like a jigsaw puzzle with the squared core at the centre. She will then place a rubber band around the apple to hold it in place.

Ms Hill said she got the idea from the way she stores avocado which is to keep the seed in, and rejoining the two sides.

She then thought the trick could work for all fruits. 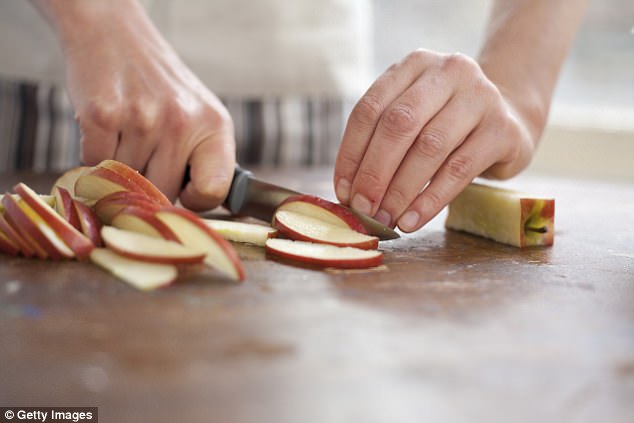 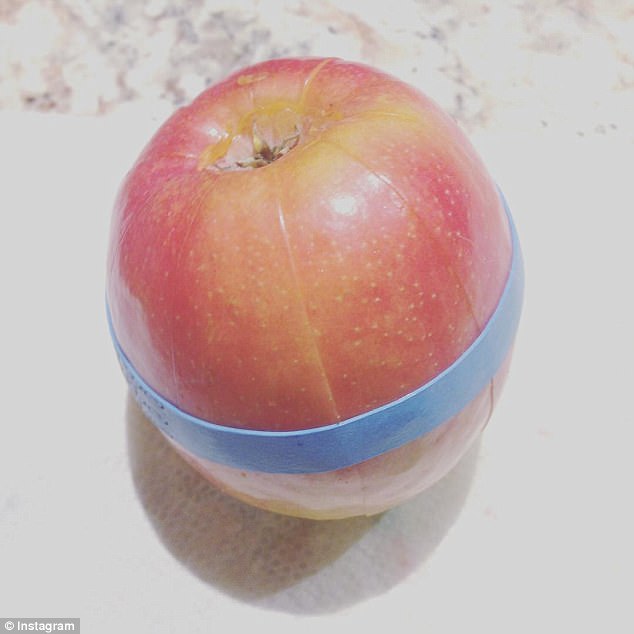 Next reassemble the apple and use a rubber band to keep it intact. The acids from the fruit will keep it fresh and stop it from turning brown

‘We do this for pears too, as the only thing worse than a brown apple is a brown pear,’ she said.

She said her hack works well because it uses the fruit’s own acids to keep it fresh.

Another bonus is that it doesn’t need any cling wrap or foil and fruit cut this way can be put straight into a snack pot.

‘Now all that comes home is the rubber band and the core for the compost,’ she revealed.

The mother said another option was to use an apple spiraliser which keeps the apple together, and white. 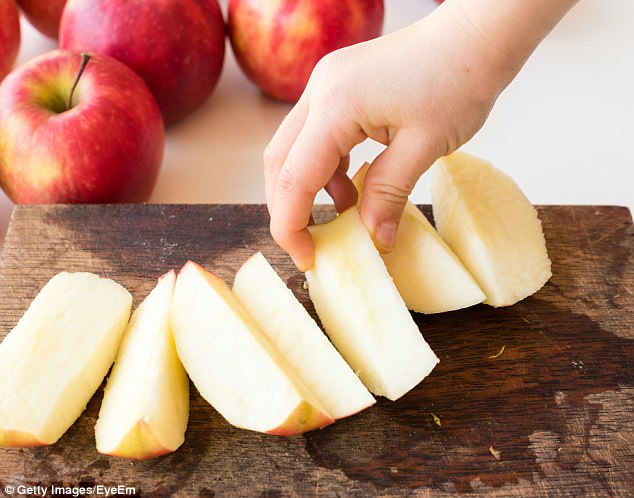 Ms Hill’s hack has been embraced by other parents on social media along with another top trick for slicing up grapes and cherry tomatoes.

She said as a mum with preschool aged-children she was very conscious of potential choking hazards.

Ms Hill revealed how she makes easy work of the task by placing grapes or tomatoes on a flat plate or board and placing a plate on top to hold them in place, then cutting horizontally through the middle.