A baby went from having the worst case of eczema one doctor had ever seen to being blemish free – because of a £12.50 cream.

Nicki Hume’s son Cameron suffered from dry, itchy skin since birth. By the time he was three months old, his entire face and body was covered in oozing, red patches.

The youngster was referred to a dermatologist who prescribed various creams and soaps but nothing worked.

Mrs Hume said she ‘couldn’t see an end point’ until she heard about the skincare brand MooGoo last May.

She was so desperate to help her son she claims she even travelled an hour from her home in Kirkcaldy, Fife, to the only pharmacy that stocked the range.

After a couple of months in and out of hospital, Mrs Hume, 37, was thrilled when the range’s cleared up Cameron’s skin in just four weeks. 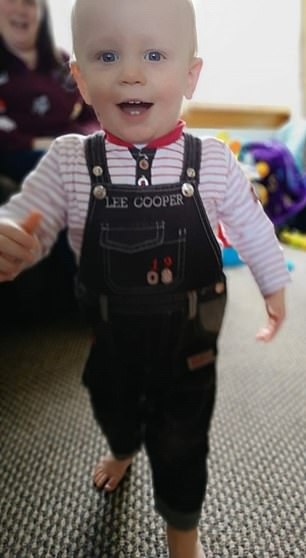 At three months old Cameron Hume’s eczema-ridden skin (pictured left covered in bandages) left him screaming in agony. The youngster is now blemish-free (seen right) thanks to a balm from an Australian skincare brand his mother Nicki Hume came across online 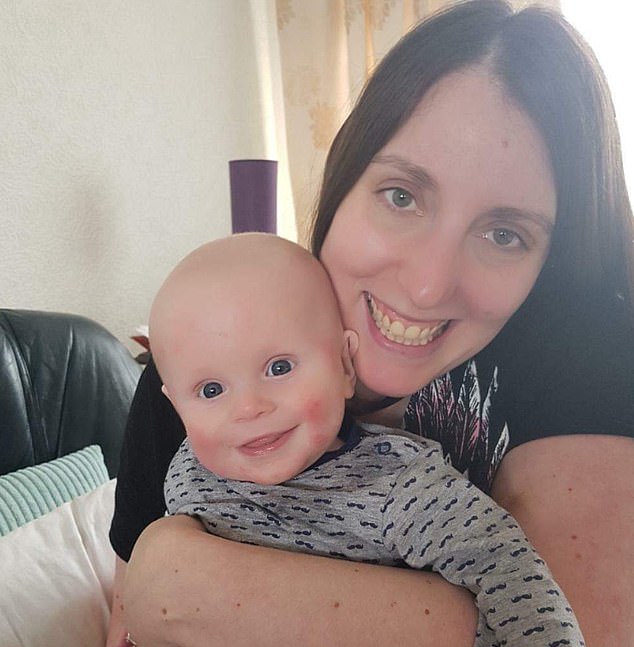 Speaking of her son’s condition, Mrs Hume said: ‘He scratched all the time, he was grumpy and just not happy.

‘It is hard looking back at the pictures because it looks so sore. Some days Cam didn’t even look troubled by it and others he would just scream.’

Cameron’s oozing skin later become infected, with the youngster requiring antibiotics to clear it up.

Mrs Hume, a sports administrator for Scottish Rugby, said: ‘We were seriously worried about his eczema and couldn’t see an end point.’

Cameron’s troublesome skin even landed him in A&E on February 14 last year after he ‘had been upset most of the day’.

‘He just started crying in pain and wriggling, like he was trying to scratch his back,’ Mrs Hume said.

After spending two nights in hospital, Cameron was sent home but had to go back every day for the next month to monitor his condition and have his bandages changed.

By March and April, his condition had improved enough for him to only need to go in every other day.

It was during this that Cameron was referred to a dermatologist, who said he had ‘the worst case of baby eczema he had ever seen’, according to Mrs Hume.

The skin specialist even recommended Mrs Hume, who was breastfeeding Cameron at the time, cut dairy out of her diet as a ‘last resort’, in case his symptoms were the result of a cow’s milk allergy.

Mrs Hume, who suffered from mild eczema herself as a baby, went dairy-free for eight weeks, but it had little effect.

With none of the prescribed creams having any effect, Mrs Humes turned to other ‘treatments’, including grape seed oil.

‘We tried moisturisers that had been hailed as miracle creams but nothing seemed to work,’ she said.

Refusing to give up, Mrs Hume’s mother told her about MooGoo. The pair then traveled to buy the range’s balm in May.

‘After about one month I thought we could finally start seeing less on his body and he seemed a little less itchy.

‘Everyone has said they can’t believe the difference in Cam since we started using MooGoo and just how good he looks.’

Cameron’s skin improved so much that by June he was only going to hospital once a week. And by the end of the month, he just needed to be seen once every 12 weeks.

‘It’s hard to believe in just a year we are in a position where we can manage his skin at home =,’ Mrs Humes said.

‘We got discharged from the hospital in December and we only need to go back if it gets bad again, which, fingers crossed it doesn’t.’

Dr Jinah Yoo, consultant dermatologist at sk:n, told MailOnline: ‘The balm contains many types of oils extracted from plants, flowers and herbs, which will help to keep the moisture in the skin and improve dryness.

‘Some of other natural ingredients also have an anti-inflammatory effect, which will help to reduce redness. Even some of the preservatives are natural products.

‘Natural skin products are becoming increasingly popular, but you need to be aware some natural ingredients can cause allergies with repeated exposure, which results in red, itchy, dry skin in the area the product is applied.

‘Therefore, it is best to patch test before using it regularly at home by applying the cream for a week on a small part of the skin.’ 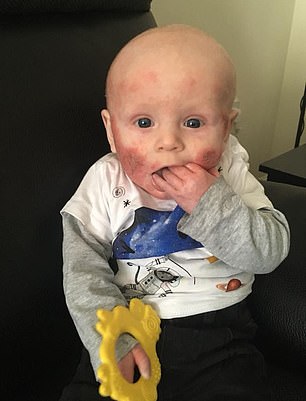 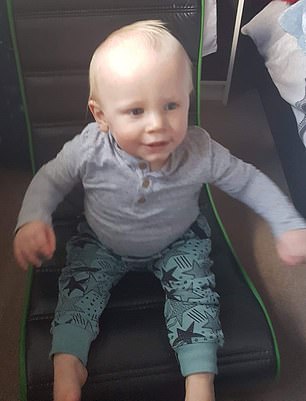 Doctors even said Cameron’s eczema (pictured left on his face) was the worse they had ever seen. The MooGoo balm helped to clear up his irritation in just a month (pictured after right)

Oozing red patches covered his entire face and body (pictured left) at just three months old. The irritation of the youngster’s back (pictured right) would leave him ‘crying in pain’ 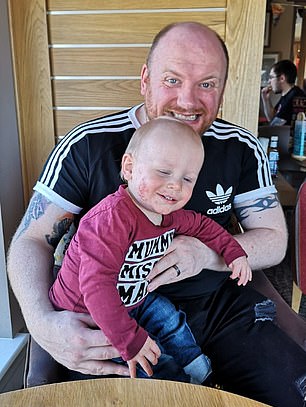 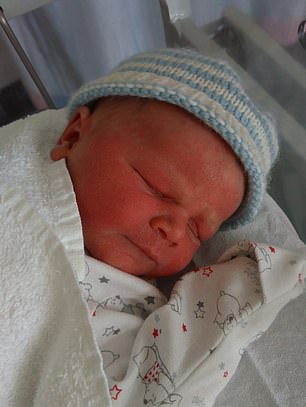 ‘Everyone’ comments on how good Cameron’s skin looks now. The youngster is pictured left with his father Neil Hume after the balm started to clear his blemishes up. The youngster even suffered from red, dry skin across his face as a newborn (pictured right)