A mother has shared a photograph of one of her two sons murdered by her ex-husband after he set their house alight.

Claire Throssell’s ex-husband and the boys’ dad, Darren Sykes, had sprayed the ground floor with four cans of petrol and barricaded them in the loft, blocking the doors with furniture to prevent their escape.

12-year-old Jack, pictured above in hospital undergoing treatment for his fatal burns, was baited into his father’s attic with the promise of a new train set. Darren Sykes, locked himself, Jack and his brother Paul in the loft, before setting fire to the house. According to an inquest, Sykes was concerned about the limited access he would get with his children after a divorce 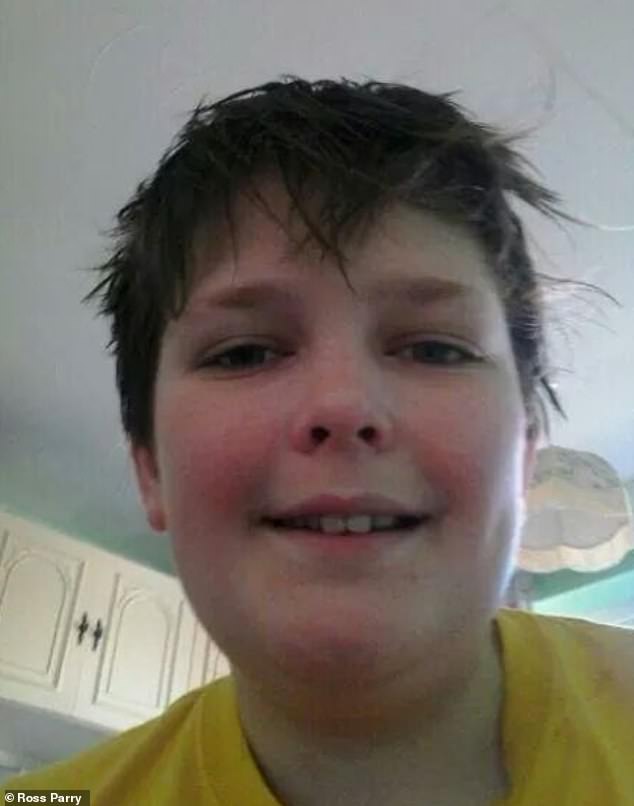 Jack’s mother, Claire Throssell, spoke of her ‘gentle boy who had the heart and courage of a lion.’ Though over half of his body was burned, Jack still managed to tell firefighters that his dad was responsible

He then set the house alight, killing himself and his youngest son at the scene.

Claire, who’s 47 and lives in Penistone, South Yorkshire, shared a heartfelt message on Twitter today accompanied by the heartbreaking photo of her eldest son, Jack, covered in bandages in hospital.

Unfortunately, Jack died just five days after the fire in 2014.

‘This gentle boy had the heart and courage of a lion.’ 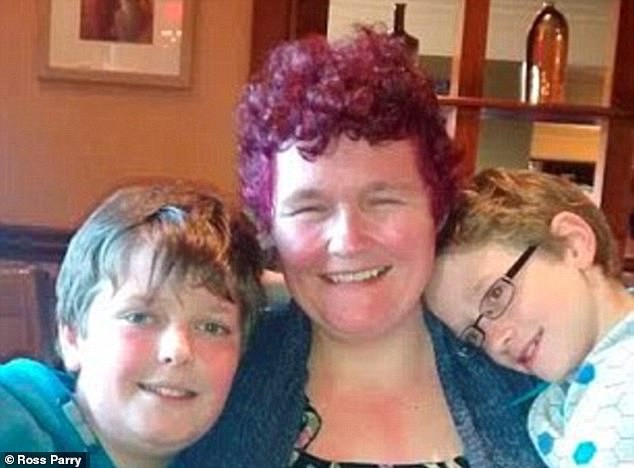 Paul, pictured right, was just nine-years-old at the time of the fire. Claire said that social services knew he didn’t want to see his father. She feels that children’s feelings should be at the heart of all family proceedings cases 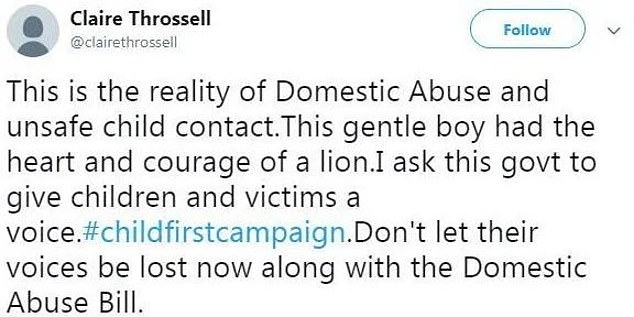 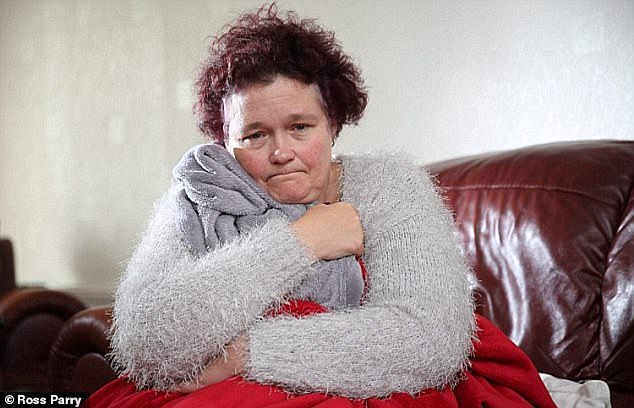 The schoolboy had burns across over half of his body but still managed to muster the strength to tell firefighters, ‘my dad did this and he did it on purpose’ before being rushed to hospital.

Claire also asked the government to ‘give children and victims a voice. #childfirstcampaign.’

‘Don’t let their voices be lost now along with the Domestic Abuse Bill,’ she added.

The Domestic Abuse Bill is a landmark piece of legislature designed to ensure children and women coming forward to make reports of abuse in the home are safeguarded. 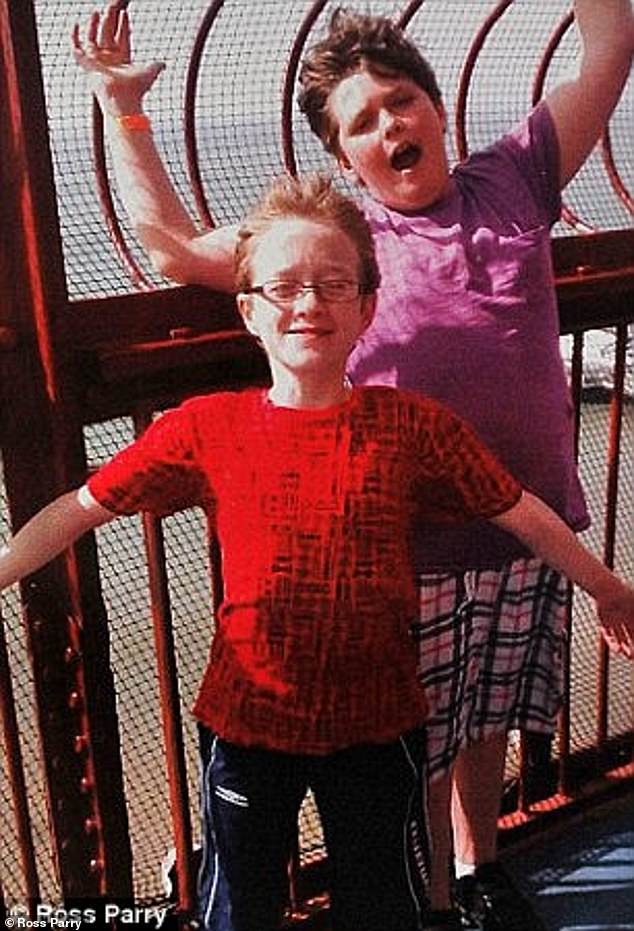 Paul, pictured left, died at the scene along with his father. Both died of smoke inhalation. Jack was taken to hospital but tragically died five days later from the burns he suffered 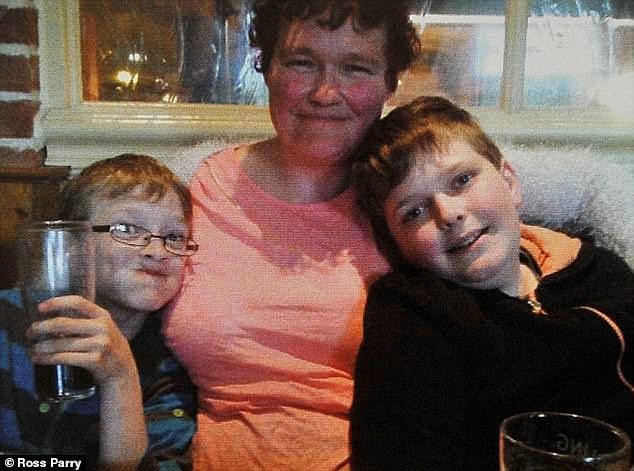 Paul and Jack can be seen pictured with their Mother Claire. Claire is now an ambassador for the #childfirstcampaign 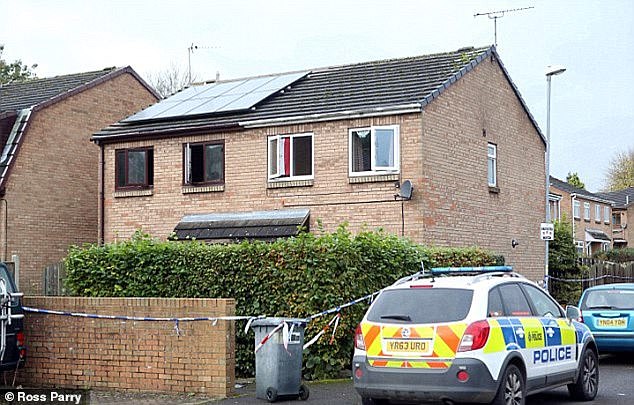 Darren Sykes poured four cans of petrol on to the ground floor in preparation of the boys’ arrival. He then trapped them and himself in the loft after setting fire to the ground level

This includes preventing abusers from cross-examining victims in the courts.

The Queen granted Prime Minister Boris Johnson a five week suspension of Parliament until mid October on Wednesday but this suspension means the bill will not be moved forward.

Claire, who is now an ambassador for Women’s Aid, escaped abusive Darren Sykes after 11 years but the courts demanded five contact hours with the boys’ father every week after the split.

The horrific act only took 15 minutes.

She told The Sun previously that social services knew Paul, the youngest son, didn’t want to see his father.

‘Legislation needs to change so no other mother has to go through what I have,’ and that children need to be the focus during family court proceedings.

Sykes died in the attic after inhaling smoke while Paul’s body was found near the edge of the loft. Jack, who was found unconscious next to its hatch door, died in hospital five days later.