Mother, son die after falling from third level of Petco Park as fans headed inside for Padres game

Mother, 40, and her two-year-old son fall from third level of Petco Park in ‘suspicious’ deaths as thousands of baseball fans headed inside for Padres game

A 40-year-old mother and her two-year-old son died yesterday after falling from the third-level concourse at Petco Park stadium in San Diego in front of horrified onlookers, prompting police to investigate the scene as a possible homicide.

The woman and child, whose names were not released, were pronounced dead at 4.11pm, 20 minutes after police were alerted of their fall from the dining concourse to the sidewalk on Tony Gwynn Drive – the equivalent of six stories.

The child’s father was reportedly in the stadium when the incident occurred, as thousands of fans were flowing inside to see the Padres play the Atlanta Braves at 4.15pm, the San Diego Union-Tribune reports.

Emergency responders attempted to resuscitate the pair, but their injuries were too severe, according to Police Lieutenant Andra Brown. 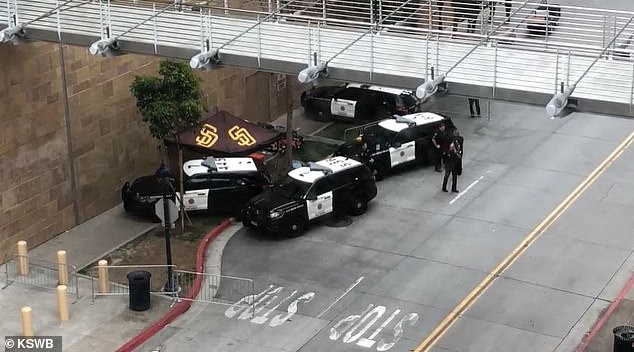 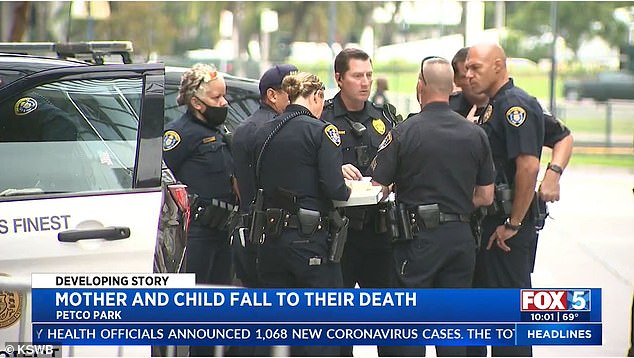 The woman and child, whose names were not released, were pronounced dead at 4.11pm – 20 minutes after police were alerted of their fall

‘We do not know the circumstances surrounding it. We do not know if it was accidental or intentional,’ she said, adding, however, that it ‘appeared suspicious.’

Police are interviewing fans who may have witnessed the fall from the concourse area and hope to find information to ‘give the family some peace.’

‘Our hearts obviously go out to the family, but also to the people who here could potentially be traumatized who saw this. It’s a horrible, horrible thing. That’s why we’re giving it a very serious look,’ she said.

A man who declined to be named told the Union-Tribune that his wife witnessed the tragedy and saw the toddler appear to fall first and his mother tumble over while trying to grab him.

Padres fan Jim Rouse told Fox 5 San Diego that he was at the Omni San Diego Hotel before the game and received a text alert sent by police notifying that there was a medical emergency and the Harbor Drive Pedestrian Bridge – which connects the hotel to the stadium – was shut down.

‘My heart goes out to the families,’ Rouse said. ‘What a tragic, tragic situation.’ 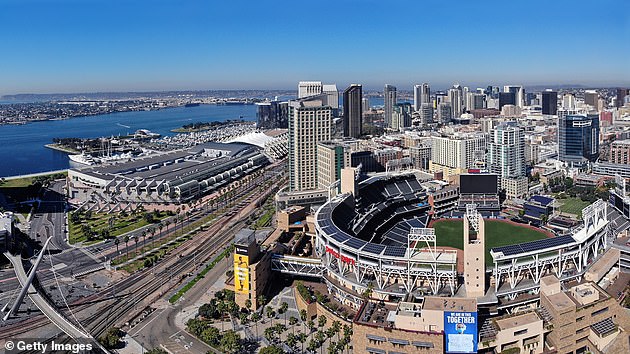 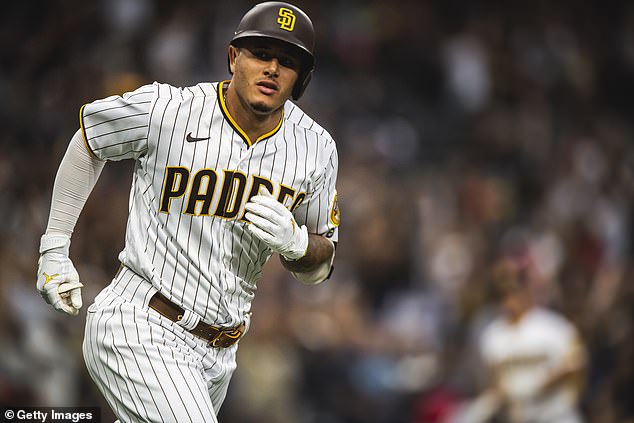 According to fans, many in the ballpark were unaware of what happened and that the game continued as scheduled. Above is Padres’ third baseman Manny Machado

Brian Howell, another Padres fan, told NBC 7 that many in the ballpark were unaware of what happened and that the game continued as scheduled, but police and stadium crews cordoned off the areas impacted by the tragedy.

‘They were just keeping us away from that area, we thought it was standard protocol but everyone along this side was keeping us out of that area,’ Howell said. ‘All we heard was that there might have been an unfortunate incident.’

No one from the Padres has publicly reacted to the tragedy, but the team’s vice president of communications Craig Hughner sent out a statement following the incident.

It reads, ‘We are aware of the incident on Tony Gwynn Dr. and first responders are on scene. Due to the ongoing investigation, we are not able to comment further at this time.’

Anyone with information about the deaths was asked to call homicide detectives at 619-531-2293.