Mother speaks out against drug abuse

Kaylee Muthart (Pictured), 20, had been using meth for about six months when she freaked out on February 6 in front of a Anderson, South Carolina church

The mother of a young woman who gouged out her own eyes while high on methamphetamine is speaking out against the dangers of drug abuse.

Kaylee Muthart, 20, had been using meth for about six months when she freaked out on February 6 in front of a Anderson, South Carolina church after hearing ‘voices that told her to sacrifice her eyes in order to make it to heaven.’

‘This is something you never think is going to happen to you, but it did,’ Katy Tompkins, mother to Kaylee and six other children, told People Magazine on Friday.

‘A lot of the mothers I talked to have kids that have been addicted to heroin for 10, 15 years and I’m like, “How did you get through it?” My daughter was doing it for six months and it literally tore me up.’

Despite the trauma and suffering experienced by her daughter, Tompkins said that she hopeful the incident can serve as an example to act and get help for a loved one before its too late.

‘I don’t know how I’m getting through it, but she has given me strength. It’s weird to say, but she uplifts me right now and she’s the one that can’t see. That’s just the kind of person she is,’ Tompkins said. ‘I’m thankful. It’s a horrible thing, but I’m still thankful because God spared her life.’ Despite the trauma and suffering experienced by her daughter, Katy Tompkins hopes the incident can serve as an example for others 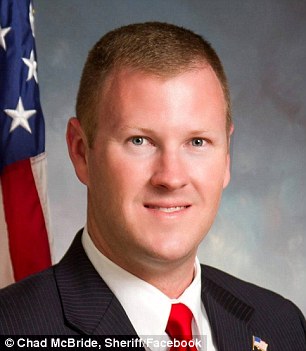 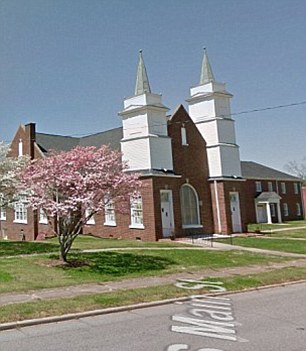 Doctors believe that the meth she smoked earlier this month was laced with a chemical that caused her to hallucinate.

Just days before the incident, Kaylee had told her mother that she was ready to go into drug rehab.

Parishioners at the South Main Chapel and Mercy Center heard Kaylee’s screams and ran outside to find her holding an eyeball in her hand.

She fought them off as they tried to help, and by the time paramedics arrived she had gouged out the other eye, according to Sheriff Chad McBride of the Anderson County Sheriff’s Office. 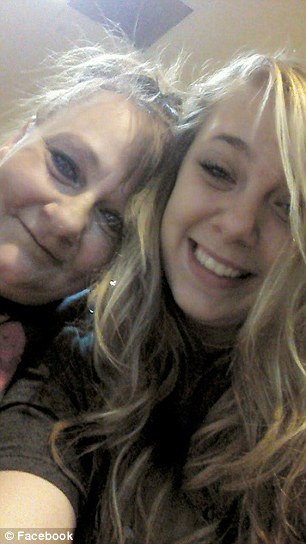 Tompkins (L) said that after Kaylee (R) gets out of the hospital and learns how to live without sight, she wants to share her story with others

When medical emergency units arrived to help the 20-year-old, officials reportedly had ‘to subdue her enough so she could start receiving medical assistance,’ according to broadcast affiliate FOX Carolina.

A team of deputies finally managed to control Kaylee and she was airlifted to the trauma unit at Greenville Memorial Hospital.

‘I can’t even explain that feeling when I found out, it was horrifying. Complete terror,’ Tompkins said of first hearing what her daughter had done. ‘I was thankful she was alive, but I knew something was wrong with her.’

‘The day before it happened, which was my birthday, I was getting ready to have her committed, just to get her off the streets and away from it,’ Tompkins said. ‘But I was too late.’

Since the terrifying episode, Tompkins says her daughter is recovering well but still has a long and difficult road ahead of her.

‘She’s been doing wonderfully. Each day at a time, she just gets a little better and better,’ she said. ‘She’s getting all different kinds of treatment, but she’s going to have to re-learn everything. It’s like she’s almost starting life over again.’

Kaylee remains hospitalized and doctors have cleaned and treated her orbital sockets to prevent infection.

Doctors recommend that she get prosthetic eyes to preserve her facial structure and keep bacteria out of the sockets.

Kaylee insists that she get aqua green prosthetics to match her natural eye color, her mother said.

Tompkins said that after Kaylee gets out of the hospital and learns how to live without sight, she wants to share her story with others and warn young people of the dangers of drug use.

The family has created a GoFundMe campaign to raise money for a seeing eye dog for Kaylee. 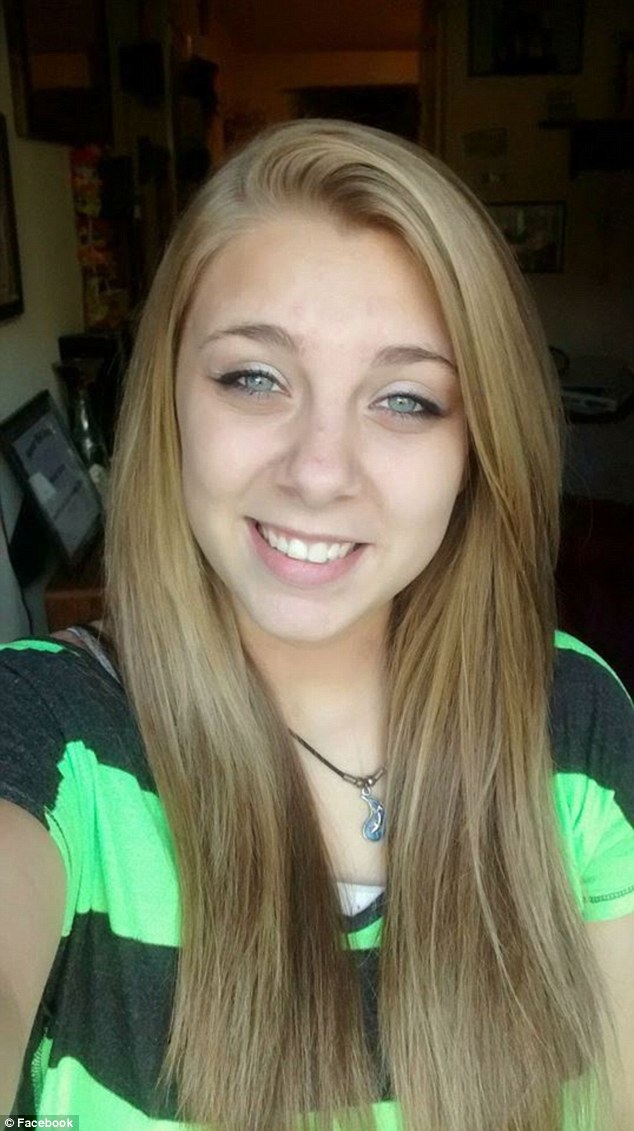 Kaylee insists that she get aqua green prosthetics to match her natural eye color, her mother said