Mother who claims her children were abducted to Lebanon falls pregnant

A mother who was arrested in Lebanon after failing to rescue her children who were allegedly abducted there has revealed she is pregnant for the fourth time.

Sally Faulkner hit headlines in 2016 when she travelled to Beirut with a Channel Nine TV crew to find her young children and take them back to Brisbane.

But the operation ended with crew being arrested and her losing the right to bring Lahela, eight, and Noah, five, home from their father, Ali Elamine.

Now, Ms Faulkner is expecting a second child, Isaac, with her new partner Brendan Rice after they had a son, Eli. 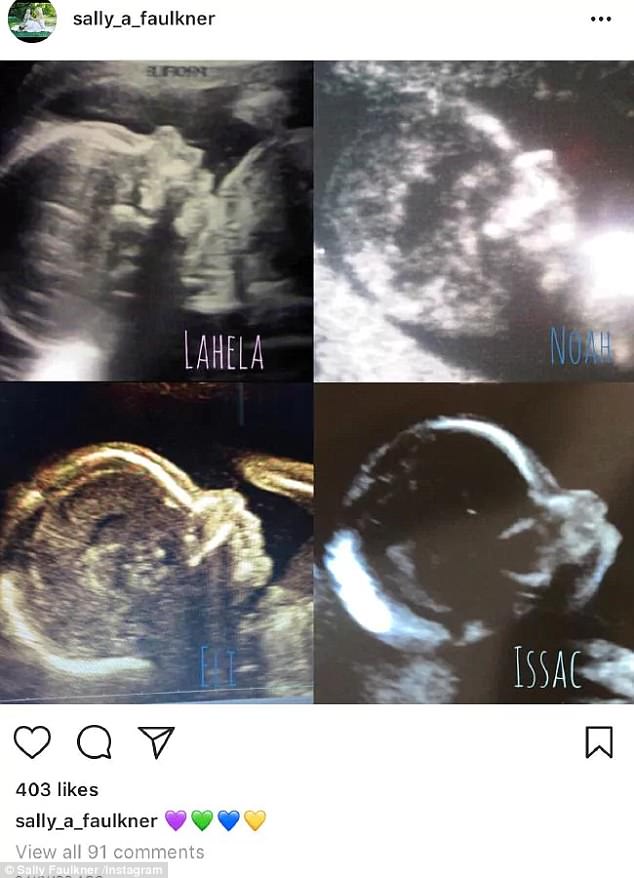 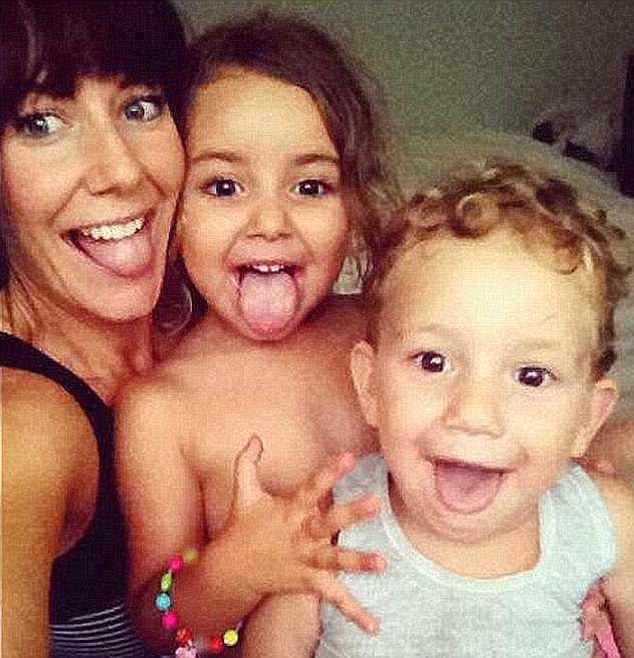 Sally Faulkner is pictured with her children Lahela, six, and Noah, four

She posted on Instagram four ultra sound images her children, including her unborn baby.

Ms Faulker’s first two children were born in Brisbane. Their alleged abduction came as a shock after a two-year amicable separation between Ms Faulkner and Mr El Amine.

Although after their separation Mr El Amine resided in Lebanon, he frequently visited every couple of months to see Lahela and Noah.

‘I never once denied him any access or relationship with the children – he was free to come and go,’ Ms Faulkner said. 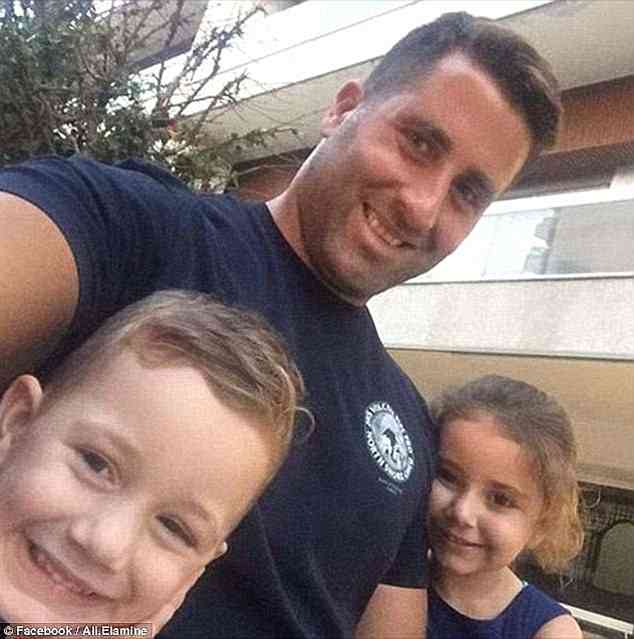 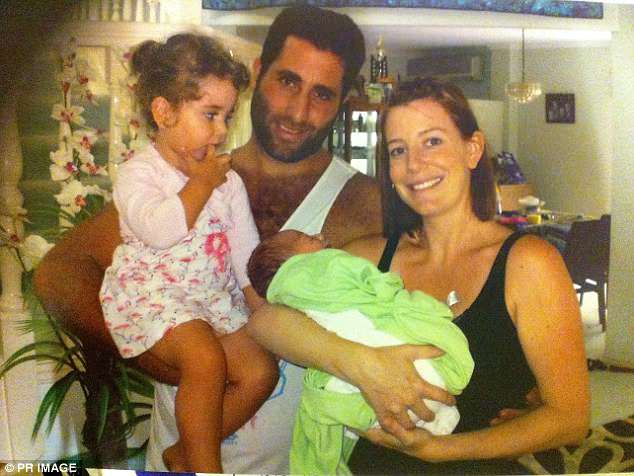 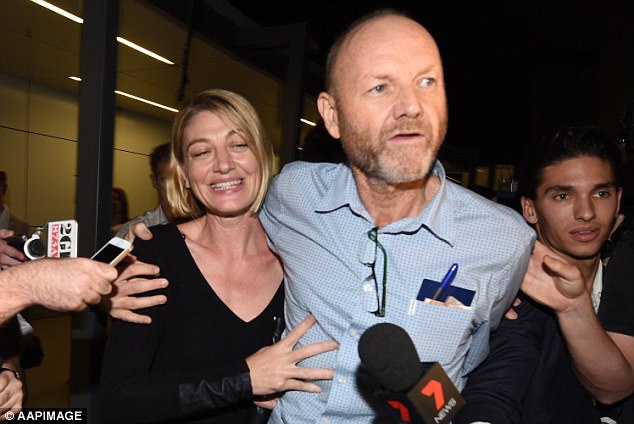 Ms Faulkner and Channel 9 hired agents who snatched her kids from their father, but she and a 60 Minutes crew (pictured with producer Stephen Rice after their release from jail) were caught and locked up in Beirut

She said she was reluctant to let her children travel with their father to Lebanon to visit his family for a holiday but that she ‘didn’t want to be one of those mums that kept the kids from their dad.’

She claims he planned to never return with the children after they boarded the plane and that she realised this when she noticed that her children’s immunisation booklets were gone from her records.

‘He knew what he was going to do. I just want him to be reminded that what he’s done is wrong and what he’s continually doing is not appropriate.’ 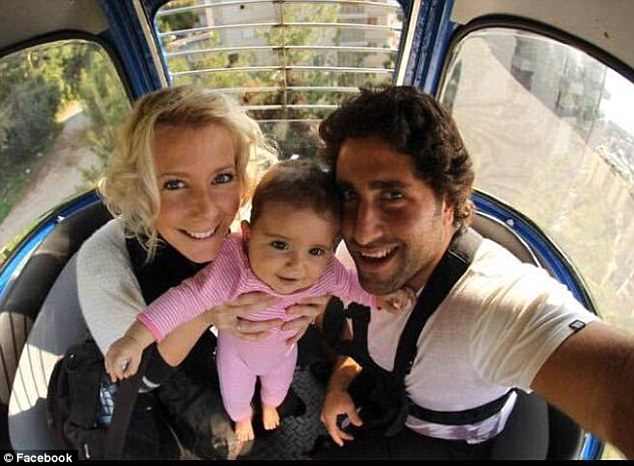 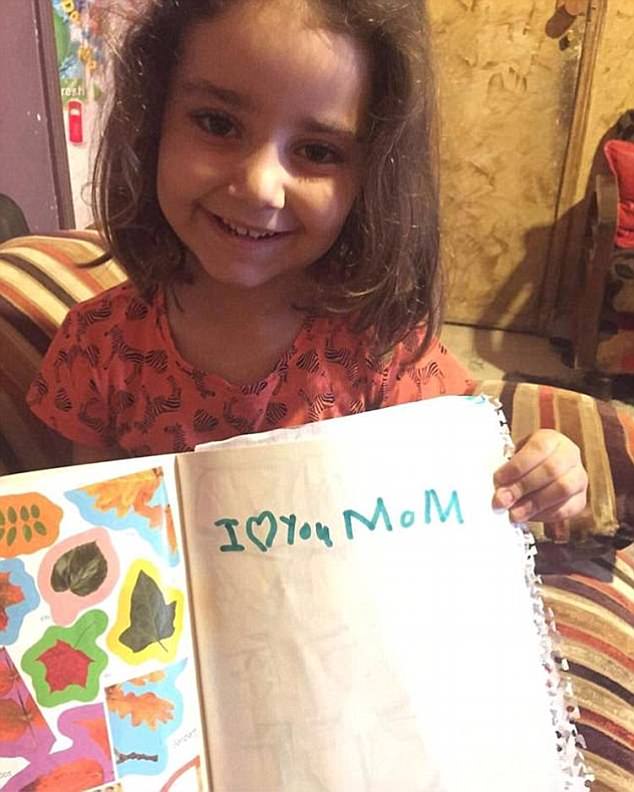