Mother who kept her teenage daughter, 15, as a sex slave and sold her more than 1000 times sentenced

A mother who kept her teenage daughter as a sex slave, pimping her out more than 1000 times, has been jailed for less than four years.

Kasmeer Lata, 36, forced her daughter to sell her body to men in Auckland over an 18-month period beginning on the girl’s 15th birthday in 2014.

In the High Court on Tuesday Lata was sentenced to six years and 11 months behind bars, with a minimum imprisonment period of just three years and five months.

A mother (pictured) who kept her teenage daughter as a sex slave, pimping her out more than 1000 times, has been jailed for less than four years

Lata was earlier found guilty for dealing in slaves and receiving earnings from commercial sexual services from an underage person.

She is just the third person to be found guilty of slave dealing in the country’s history,The NZ Herald reported.

‘Ms Lata has come to the realisation that she may well be the most despised woman in New Zealand, that will be her burden,’ defence counsel Karl Trotter said during the sentencing hearing.

Justice Matthew Muir said Lata ‘effectively pimped her [daughter] out’ and said her offending has caused ‘long-lasting, if not irreparable damage to her daughter’. 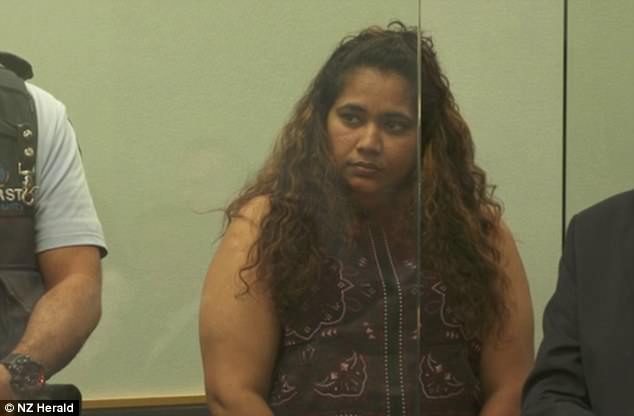 Kasmeer Lata (pictured), 36, forced her daughter to sell her body to men in Auckland over an 18-month period beginning on the girl’s 15th birthday in 2014

Lata and her children arrived in New Zealand from Fiji in 2014 on visas which later expired.

In a bid to keep immigration authorities at bay, the girl was unable to enroll in school and the family soon ran out of money.

Shortly afterwards, Lata – who has been a prostitute herself – took up sex work and tried to forced her daughter into the industry while she was aged just 14.

I have to make up lies about four years of my life and why I live on my own without my parents’ support.

I see men differently now, I think they always want something from me and that is why they are talking to me.

I always wanted my mum to be a normal person … I wonder what I did to deserve my mum?

All I wanted was your love as a child, teenager, and your girl.

The teen was then sold to her first client, a man in his fifties, on her 15th birthday, and then imprisoned inside a Papatoetoe home for the next year and a half.

Now 18-years-old, the victim was also forced to work out of various motels around Auckland, with her mother charging $200 per appointment.

Her mother lied about her age in advertisements on Craigslist and The NZ Herald, and arranged for her to be photographed for an online escort agency, New Zealand Girls.

Lata made an estimated $100,000 from selling her daughter for sex, keeping about half, and using proceeds to pay rent and bills.

The teenager, who has permanent name suppression, became pregnant in mid-2015 and was forced to continue working and have an abortion.

Her ordeal continued until she was able to escape in November 2016 and tell police, but still suffers from regular pain and mental health issues as a result of her trauma.

Sehgal, who mad the guilty plea just minutes after Lata was sentenced, was due to go on trial next week, but will now be sentenced in May. 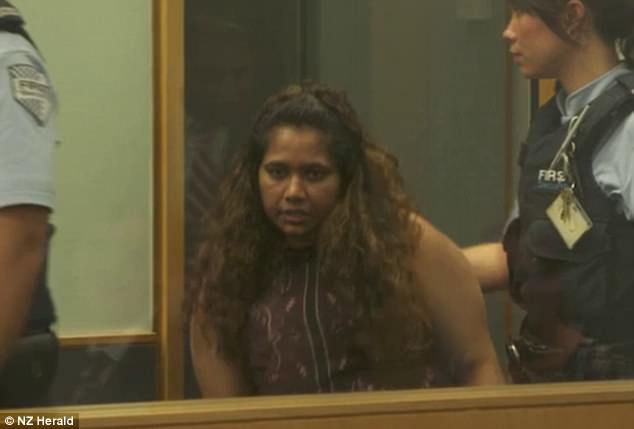 In the High Court on Tuesday Lata (pictured) was sentenced to six years and 11 months behind bars, with a minimum imprisonment period of just three years and five months