Mother who killed her daughter in Dorset is jailed

Judge Peter Johnson, sitting at Bournemouth Crown Court, told Alanda Pike, 34, the death of her daughter Louisa was ‘wholly’ her fault due to her alcohol and cocaine consumption

A mother who killed her three-year-old daughter when she crashed her Vauxhall Astra while driving under the influence of drugs and alcohol has been jailed for six years.

Judge Peter Johnson, sitting at Bournemouth Crown Court, told Alanda Pike, 34, the death of her daughter Louisa was ‘wholly’ her fault due to her alcohol and cocaine consumption.

The judge described it as ‘a tragic case involving the avoidable death of a young child’.

Pike, from Shaftesbury, in Dorset, was more than three-and-a-half times the legal drink and drug drive limit when she pulled out of a junction straight into the path of a Ford Transit van driven by Karen Street near Blandford, Dorset, on August 24.

The accident happened as Pike was driving to her mother’s home.

She had bought a bottle of vodka on the way and downed half of it while at the wheel.

Louisa, who had been picked up from her father’s home, was sitting in the rear of her Vauxhall Astra, sustained a serious head injury and died the following day in hospital.

A half-empty 20cl bottle of vodka was found in Pike’s car and tests showed that a by-product of cocaine called benzoylecgonine was found in her blood. 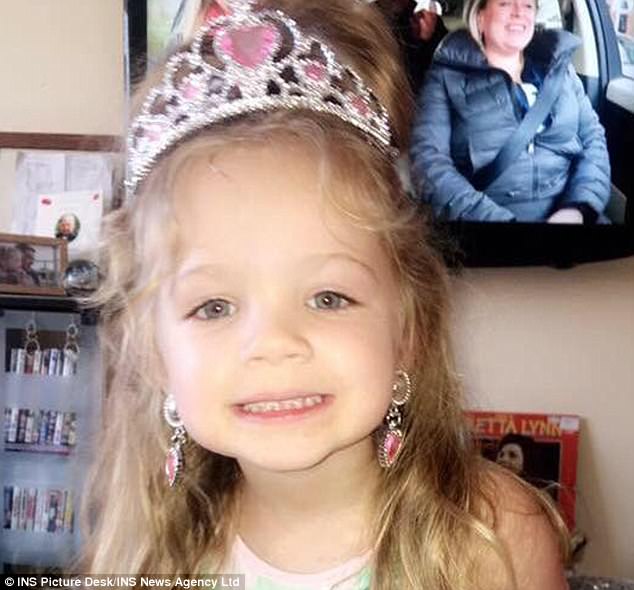 Pike suffered a leg and head injury and was flown by air ambulance to Southampton General Hospital along with Louisa.

Samples taken from Pike five hours after the collision found she had 171 milligrammes of alcohol in 100 millilitres of blood, police said.

Calculations indicate her blood alcohol level at the time of the crash would have been 284 milligrammes of alcohol in 100 millilitres of blood.

The legal limit is 80 milligrammes.

Tests measured 181 microgrammes per litre of blood, more than three and a half times the legal driving limit of 50 microgrammes.

All sentences are to run concurrently.

She was also banned from driving for a total of six years and two months from Thursday. 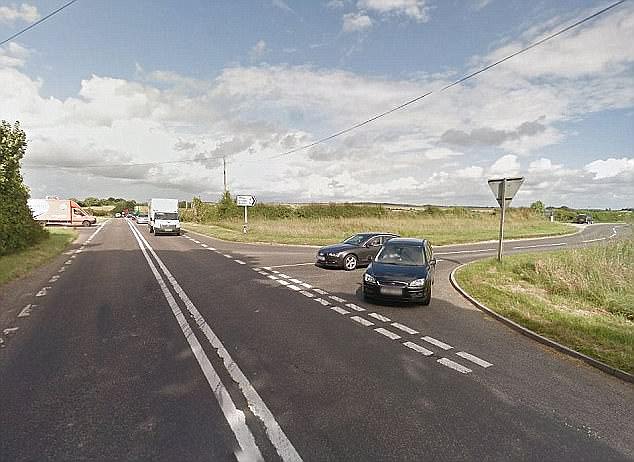 Sentencing Judge Peter Johnson said: ‘This is a tragic case which involves the wholly unnecessary death of a young child. No sentence can ever compensate for the loss of a much-loved human being.

‘No sentence is capable of providing an emotional salve for those suffereing that loss.’

He added: ‘During the evening of August 23 you were drinking alcohol with you partner. You also consumed drugs. You did this knowing that earlier the following morning would be driving you car to pick Louisa from her father’s house.

‘You picked Louisa up from Sam’s house at 7am. You partially strapped her into her child seat and set off to your mother’s house.

‘At 7.20am you purchased a bottle of vodka from a shop in Shaftesbury and shockingly, decided to drink half of it while Louisa was in your car.

‘You gave no thought to her when you selfishly swigged from the bottle to top up your alcohol level.’

He continued: ‘Your actions caused the loss of a bright, bubbly, child who was adored by many and you caused a permanent injury to Ms Street.’

He added: ‘The fact that you have caused the death of daughter will be with you for the rest of your days.’

The court was told this was Pike’s second drink-driving offence in 10 years as she received a suspended eight-month sentence in 2014 after driving while three-and-a half times over the limit after a party.

Defending Kevin Hill said: ‘[Her] remorse ought to be considered fully in the context of her grieving at a very early stage for the loss of her daughter and coming to terms herself with these offences, the impact of them and in particularly Louisa.

An emotional statement written by Louisa’s father and ex-partner of her mother, Sam Pike, was read to the court by prosecuting Sadie Rizzo.

It said: ‘Louisa was my world. She could always brighten up my day with her devilish laugh and cheeky smile.

‘I can’t begin to comprehend life without her.

‘Her death has left a massive dark hole in not just my life but my family’s too.

‘It is overwhelming trying to get to grips with the fact I will never see my precious ray of sunshine again.’

A victim impact statement written by Ms Street was read to the court, in which she described how she had come to rely on her elderly parents after the crash, having been signed off from work.

She suffered broken bones in her hand and a fractured wrist and has had to have counselling.

She said: ‘My mum has helped to wash, dress and look after me.’

She also described learning of the death of Louisa, continuing: ‘This has come as a great shock for me.

‘And I blamed myself as it was my vehicle which hit her. I am very sad that this accident resulted in the death of a young child.’