By Tom Cotterill For Mailonline

A mother who presumed her son was dead after he went missing over a decade ago has hailed a ‘Christmas miracle’ after discovering he is alive and well.

Joyce Curtis believed that her son Nicholas had died as she hadn’t seen or heard from him since 2010.

The last thing she knew was that he was hitchhiking around France and Spain, but because of Covid, she thought Nicholas had caught the illness and lost his life.

The heartbroken mother even ‘grieved for him.’ But on December 19 she received a phone call letting her know her son was alive and in hospital in the south of France. 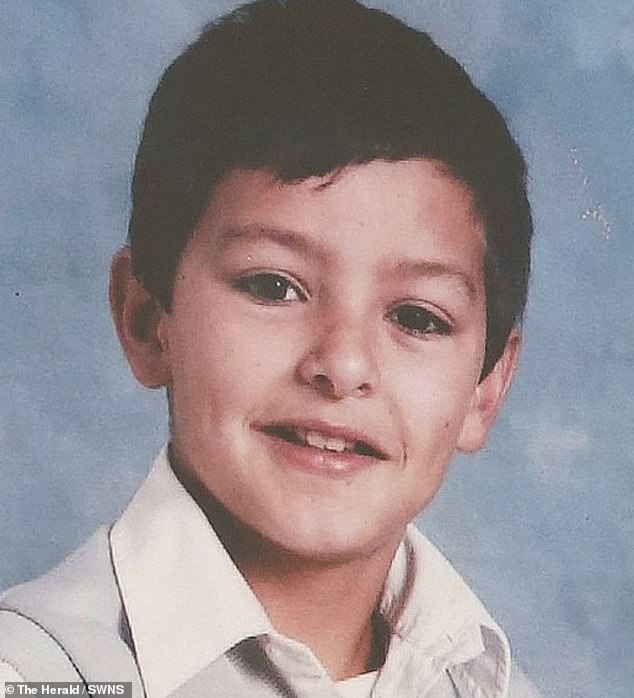 But on December 19, just days before Christmas, she was told her boy was still alive and living in France. Pictured is her son Nicholas as a child

‘I can’t believe it,’ she said. ‘I thought with Covid and everything that has gone on, I thought he was dead. I grieved for him.

‘When I got the call to say he was alive I just went into shock. All I did was cry all day.

‘This has just made Christmas for me, especially since my husband died back in June.

‘I’d resigned myself to the fact that he had died. I really thought that and I think everybody thought the same.’

Nicholas left his home town of Glasgow, Lanarkshire, in the mid 2000s to travel Europe after losing his job as a joiner.

He told his mum he had been hitchhiking and Joyce believes he spent some time living rough on the streets of Paris.

She decided to report him as missing in 2009 as he hadn’t heard from her son ‘for ages.’

A year later, Joyce was contacted by the British Consulate in Paris to notify her that Nicholas had been admitted to hospital in France.

She then flew to visit him with her husband – but that would be the last time she would see or hear from him in over a decade.

Joyce said: ‘I got a letter in 2010 to say that Nicholas was in hospital in France.

‘He’d been missing for a while by then.

‘I’d already reported him missing here in Glasgow the previous year after not hearing from him in ages and ages.

‘Me and my husband went over to visit him and it was that good to see him. 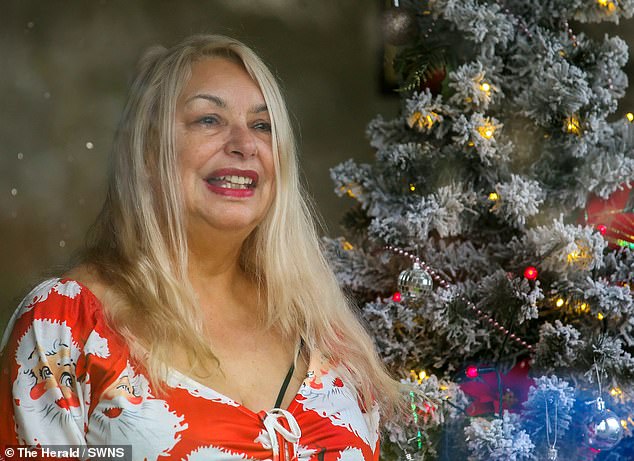 Joyce, pictured at her home in Scotland, said: ‘This has just made Christmas for me…It’s like that film ‘Miracle on 34th Street’. It’s like a miracle.’

‘We were getting him home, but for some reason, I don’t know why, he just disappeared again.

‘They were sending him home and I was told he was getting put on a flight.

‘I was expecting him home at Glasgow at a certain time. I worked at the Southern General Hospital at the time. I was waiting on him coming home and there was no sign.

‘When I was over visiting him in France I bought him some shoes and stuff like that so he could have clothes to travel home with.

‘I was waiting in work. But he never got home. I remember it was pouring of rain that day.

‘I phoned every airport to see if he’d gotten on a flight but nothing.

‘We never heard anything again. That was the last I heard from him until Monday.’

Joyce received the shock news that he was alive when the British Consulate contacted her to alert her that he had been admitted to a French hospital for a second time.

‘I spoke to him on the phone. He looks healthy. ‘I asked him, “Are you coming home Nikky?” And he said, “Aye”.

‘I can’t imagine what he’s been through. I just need to get him home.’

Nicholas is now planning to return home, but Joyce is keen to travel over to France to see him. 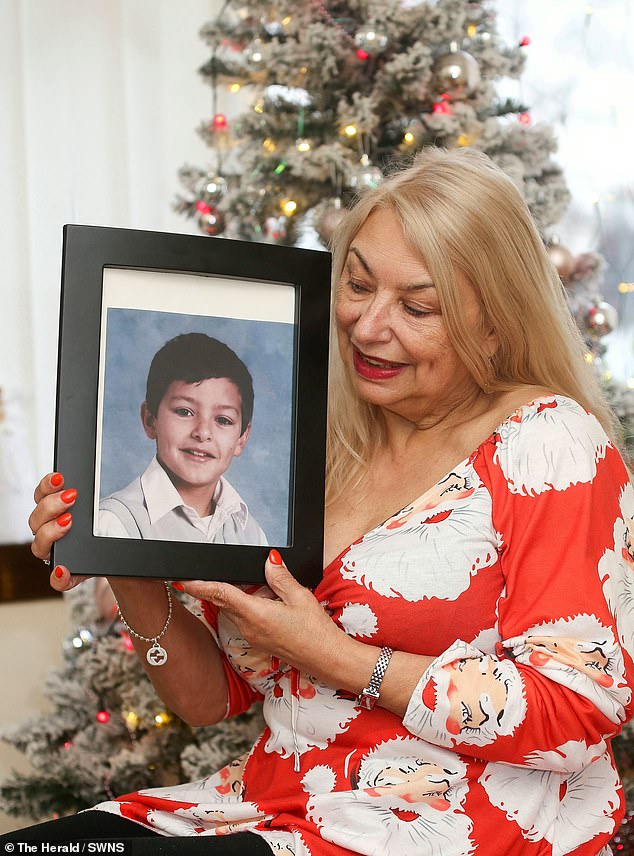 Joyce said her son now plans on returning home for the first time since he left the UK to go travelling in the mid 2000s. Joyce is pictured holding a photo of her son as a boy

She said: ‘I’m not building my hopes up yet until I get him home.

‘Hopefully though I might even get over to France with my daughter before then so I can see him.’

The Foreign, Commonwealth & Development Office spokesperson said: ‘We are supporting a British man in France and are providing assistance to his family.