A mother whose baby was swapped at birth said that it took 18 months for him to recognise her as his real parent.

Mercy Casanellas, then 38, gave birth to a baby boy in the Centro Ginecologico hospital in El Salvador in May 2015.

But just hours later, the newborn was swapped for another at the hospital and both were placed into the arms of the wrong parents.

The switch went undiscovered for three months during a crucial period of bonding and nurture between parent and child.

Mercy, who is originally from El Salvador, and her British husband Richard Cushworth, then 41, named the baby Jacob.

But the couple began to suspect that the newborn they had been caring for was not theirs and a DNA test confirmed a month later that there was a ‘0.00 per cent chance’ of them being his parents.

They took the matter to court in an attempt to track down their biological son before both children were returned to their real parents.

Despite being reunited with their baby, who the other couple had been named Moses, he did not recognise them as his parents.

The pair, who now live in Dallas, Texas, have since revealed that they faced an 18-month struggle before their son would accept them. 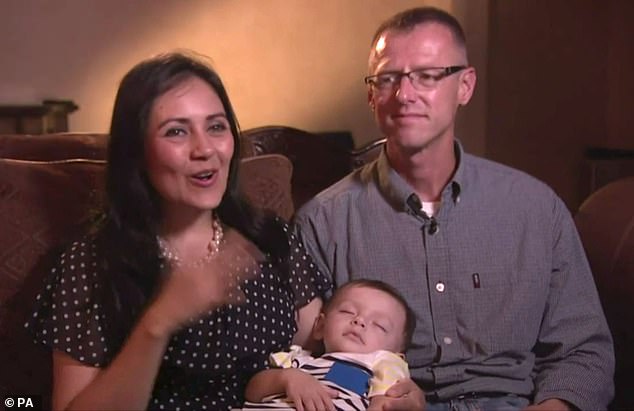 In the beginning Mercy said she struggled with guilt as Moses failed to respond to her as well as mourning the loss of Jacob after handing him back to his birth parents.

Moses would not cry if Mercy left him alone and she said: ‘I was just a care-giver to him, just another person in his life.

‘I knew this was all a result of what had happened to Moses the very first day of his life. It’s why I’d drop everything I was doing whenever he cried.

‘I’d hold him as long as he wanted. I took every second to bond that I could,’ she said speaking to The Mirror.

Moses suffered with speech and eating issues as he developed which therapists put down to being a consequence of the early separation.

And it was not until he was 18 months old that they made a breakthrough.

Mercy had been dropping Moses off at nursery when he began to cry and tried to cling on to his mother to stop her leaving. 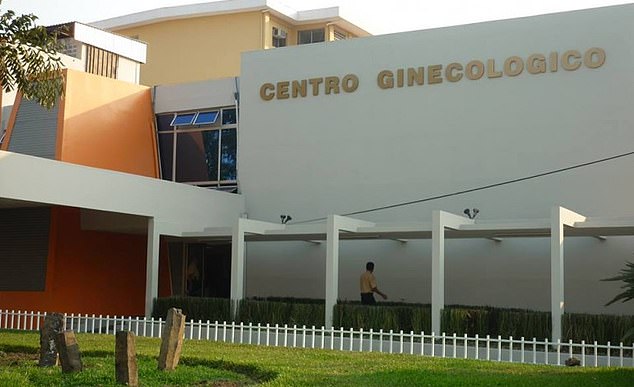 The couple still have many questions about how the baby swap happened at the Centro Ginecologico hospital, El Salvador, four years later

She said that she too burst into tears with joy after feeling that he finally recognised her as his real parent.

It was not until a little while later, when Moses was three years old, that he called her ‘mama’.

The couple, who already had an older son, Kenji, 18, still have many questions about how the baby swap happened four years on.

Suspicion originally fell on their obstetrician who was accused of masterminding a plot to sell their son to traffickers by a team at the district attorney’s office in El Salvador who looked into the case.

He was initially arrested but freed shortly after as the couple were told that it was unlikely that their biological son would ever be tracked down.

But a weight was then lifted when it transpired that the couple had not been victims of human trafficking and instead there had simply been a mix-up at the hospital and their baby had been found.

Mercy said that when they went to hand Jacob over it was ‘agony’ but was also a ‘dream come true’ knowing that her own son was back in her arms.

The couple say that they have never kept Moses’s history a secret from him but the mother-of-two continues to battle with anxiety knowing that she has been cheated of time with him that she can never get back.