Mother with brain tumour goes back to childhood sweetheart

A mother left her husband for her childhood sweetheart when doctors told her she had a terminal brain tumour – but is still alive six years later to tell the tale.

Natalie Whiteside, 45, was pregnant with her second child when she was given five years to live.

The devastating Glioblastoma diagnosis came after she had a seizure and was ‘the moment that changed everything’, she says.

Ms Whiteside, of Wythenshawe, Manchester, split up with her husband and went back to her original childhood sweetheart, David Brown, 44.

She now lives with Mr Brown and her two children from her marriage to her ex-husband, Harriet, 11, and Bridget, six.

She said: ‘When I was seven and a half months pregnant I had a seizure.

‘I got out of bed and fell to my hands and knees. It felt like I’d run a marathon. I bit through my own tongue.

‘My sister called an ambulance and told me I needed to go to hospital but I said, ‘I can’t, I need to pick up the kids from school.’

‘My brain wasn’t working properly. I was talking rubbish. I went into hospital and that’s when I had the scan.

‘The doctors let me have my baby first, then everything’s a blur.

‘Three weeks after I gave birth to Bridget, they told me I have Glioblastoma, the most severe type of brain tumour and that’s when everything changed.’ 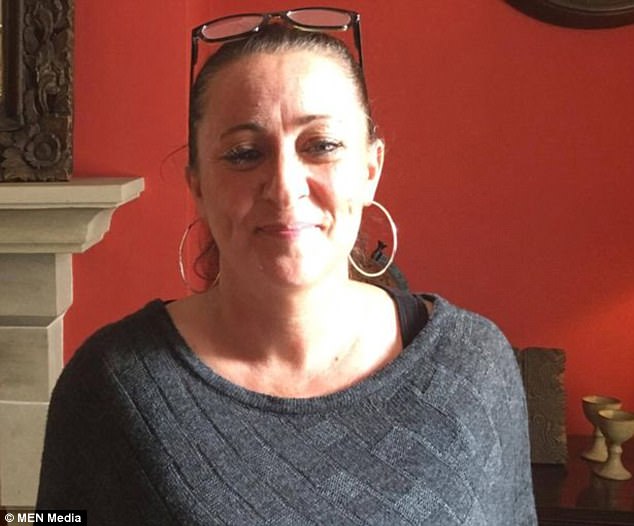 The mother-of-two from Wythenshawe, Manchester, said the diagnosis ‘changed everything’ and despite her tumour growing and going blind in one eye she is ‘normal Nat’

She continued:  ‘All I could think of was my kids, of my baby and my five-year-old at home.

‘I thought about not being there for them when they grow up. I’m not a big crier, but anything to do with my kids – that’s my Achilles Heel.

‘I asked what they were going to do about it and they told me they needed to do some surgery to reduce the tumour.

‘They said there’s no cure but if I got radiotherapy or chemotherapy, it might give me a few extra years.

‘They said that after surgery I could die on the table, I could be fed through my stomach for the rest of my life.’

At that point, Ms Whiteside refused, saying she could not put her children through her having chemotherapy and wanted to be there to pick them up from school.

The shock revelation brought on some other huge lifestyle changes – including ending her marriage.

She said: ‘My marriage was already on the rocks.

‘A lot of people said ‘this tumour will make or break your marriage’. Two years after the news I thought ‘if I’m going to die, I’m not going to live like this’ – and we split up.

‘I went to secondary school with my current partner David at Siddal Moor Sports College in Heywood.

‘We had a crush on each other but we never spoke. He was just bothered about football.

‘Then he came to a fundraiser that my sister organised while he was the assistant manager of FC United a couple of years ago.

‘We just hit it off instantly. He’s amazing, he’s my angel.’

The mother-of-two added that if it was not for her tumour her relationship with her ex-husband would have undoubtedly turned sour – but now they get on ‘better than ever’.

It has also made her value her time more and put herself under less pressure.

She added:  ‘I used to be a busy businesswoman working as an importer, I was under too much stress and pressure, I pushed myself too hard.

‘I wasn’t looking after myself. I used to be harsh. You could catch me at the office until 2am.

‘You can’t get back time. It’s as simple as that.

‘Now I understand it’s much better to get things out, to share, to let it out, to let people help you and support you. ‘

Ms Whiteside has not suffered a seizure in two years and describes herself as ‘normal Nat’, despite going blind in one eye. 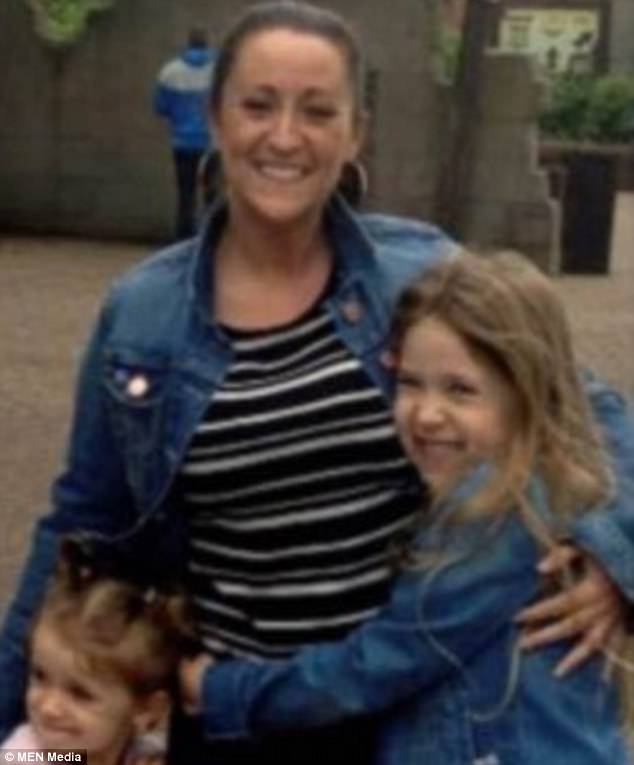 She said: ‘I want to be a fun mummy so that my kids can remember the good times.

‘I want to live everyday like it’s my last. I don’t get stressed anymore.’

She is still refusing surgery but looking into alternative treatments, saying:  ‘For me, the treatment I take is not alternative, it’s natural.

‘Every time I go to the hospital they say ‘you need to have surgery’ and I’m not saying I would completely rule it out – it just hasn’t been right up to now.’

Ms Whiteside says she wants to be at her own wake and will organise it when she is ‘losing her battle’.

She added: ‘Before Bridget came along, I’d finished doing a year studying biomedicine to become a naturopathic doctor.

‘I thought I was meant to have this brain tumour because it would make me a better naturopathic doctor. It was meant to be.

‘I have helped a lot of poorly people along the way.

‘About four months ago I had my routine scan and they told me it had grown. But I don’t fear dying.

‘I’ve planned my funeral. I want it to be a really positive day, a celebration of my life.

‘I don’t plan on going anywhere soon. I’m going to let nature take its course, but I’m going to fight like mad for it.

‘I will get there, I will find a cure. I’m still here, six years down the line and I’m not too bad.’