Mothers and daughters: ‘I still have working mother’s guilt’

Esther Rantzen has been presenting royalty for more than four decades, but being a famous mother wasn’t always easy, as she and daughter Rebecca recall

Esther with five-year-old Rebecca in 1985

I remember so clearly the first time I saw her. Rebecca had, and still has, such a direct gaze, blue eyes looking straight into mine. She speaks her mind, and did in those first hours of life – she told me exactly when she was hungry with a voice I said at the time was like a trombone. She was a big baby, which meant that she was rosy pink and rounded like the perfect apple.

Growing up, Becca’s greatest weapon was that she made me laugh. And she used that mercilessly. If she was naughty – and sometimes she was – I could never scold her. She’d smile up at me with those big blue eyes and I’d find myself giggling back at her, no matter how hard I tried to stay stern. She loves challenges. I remember her primary school head teacher asked me once to judge the first race on sports day, and I stood at the finishing line looking back at the row of seven-year-olds about to come pounding towards us. ‘Just look at Becca,’ said the astonished head, who had until that moment clearly dismissed Becca with her gold curls as a dizzy blonde. But no, there she was, frowning with determination, head down, fists clenched, intending to win. And win she did. It was the same when her dyslexia was diagnosed – she was determined to defeat it, and she did, winning a place to read English at Oxford. Now she’s written her first novel.

It’s always been clear that Becca’s a natural performer. Age two, when Lionel Blair failed to pick her out of the pantomime audience to sing along with the other toddlers, she let out a screech that literally stopped the show until he relented and let her join him on stage. (If I’d known she was going to star, I would have put her in something a little more stylish than a very short kilt and a droopy nappy.) The audience adored her. They still do. Until her two fabulous sons, Benjamin, seven, and Alexander, five, came along, she had a successful career as a television reporter. But the working days in TV are so long now, and the pace so relentless, she realised working full time would have meant delegating her parenting, which she certainly didn’t want to do. She now works part-time.

I suppose she learned from her own childhood when I was so often at work – she must think she missed out. That makes me feel guilty now, when it’s too late. As a mother she puts so much more than I could – or did – into her role as their athletics coach, yoga teacher, cooking mentor, party entertainer. I look back with shame when I compare her parenting skills and commitment to my lackadaisical approach. And she’s much stricter with me than I ever was with her, especially when I make inappropriate jokes to her boys.

I know that she misses the camaraderie of working in a team – she has told me that it can be lonely when you are by yourself with young children. But in the future I hope we two can spend more time together. That’s my greatest treat.

When Becca’s father [TV producer Desmond Wilcox] died far too young, 20 years ago, she was only 20 herself, but she was so strong and supported me, as all my three children did. They were hurting so much themselves, but they put my feelings first. I remember the first night after he died, Becca came into bed with me and held me while I cried. I’ll never forget that.

Her father would never let us part, even for half an hour, without insisting that we kiss each other goodbye. Becca does that, too. And her hug means the world to me, just as it did when a baby as pink and round as an apple first snuggled into my arms. But she still has a voice like a trombone.

Rebecca Wilcox, 40, is a writer and broadcaster 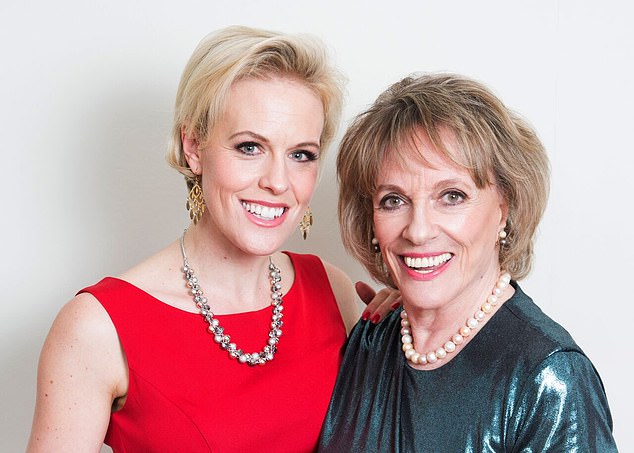 When I was growing up Mum was at the height of her fame. We were often shunted aside for an autograph, but she was always careful to make a game of it. If the staring became too much she would ask us, ‘Is my face turning green?’ It was our code for someone being too obtrusive and, in Mum’s usual magical way, it made it funny and OK.

Mum is a wit – she loves a good joke and a story. It’s probably what made her TV series That’s Life! so successful, as it combined her ability to uncover serious stories and then segue to rude vegetables. The show was our lives for a while and Mum, a notorious workaholic, would come home shattered. But she made sure it was in time for family supper, where she would ask about our day. I always wanted to entertain her in those precious moments, to make us worth leaving her exciting job. But my day was never that thrilling – how can a seven-year-old stand up to groundbreaking journalism that would change laws? So I would lie. I pretended we had multicoloured mashed potato for lunch or that our dog (a boy) had had puppies. Now I know that hearing your children excitedly describe true titbits from their day is wonderful and, in my case, rare. I work hard to get my boys to tell me anything about their school day.

My mother struggled to juggle motherhood and work. She’s told us of her guilt over leaving us with nannies. I would have liked her to be there for all the quiet times: the homework or the jigsaws. But she was always there when it mattered: every sports day, nativity play and parents’ evening, and she took us to school each day – driving us through London traffic and singing merrily to rubbish tracks.

She was so wonderful we just wanted her around even more, whereas with my kids I quickly become frazzled by chores. I often forget that I could also be the magical mother, too. This year, with no birthday party entertainer on hand, I delighted my kids for hours with games, crafts and treats. Classic Rantzen-style mothering, but it was only one afternoon and then I was back in the zone of wiping and putting away.

Mothering is hard. And the addition of help (nannies, cleaners and more) meant my mother could succeed at work and home, whereas I have had to go part-time in order to do the wraparound childcare. Mum was also fulfilled in her career, which meant the happiness of parenting came more readily than it does to me. I often work from home so it’s incredibly isolating, and loneliness can creep in. This is tinged with guilt at having the most wonderful children but I sometimes wish I could be somewhere else, talking about something other than poo.

Mum was fantastic when I had my boys. She is a naughty and fun granny and they adore her, clamber all over her and demand that she make up poems about farting. She often talks about how her grandchildren (she has five now) give her great happiness, for which I am grateful, as the sunshine in her smile had noticeably dimmed since Dad died in 2000. I worry about her energy levels, but I see the way the children look at her and am reminded of how I felt as a child when she walked in the door, shed her day and launched into the laughter and magic that was uniquely hers. I hope she never stops. 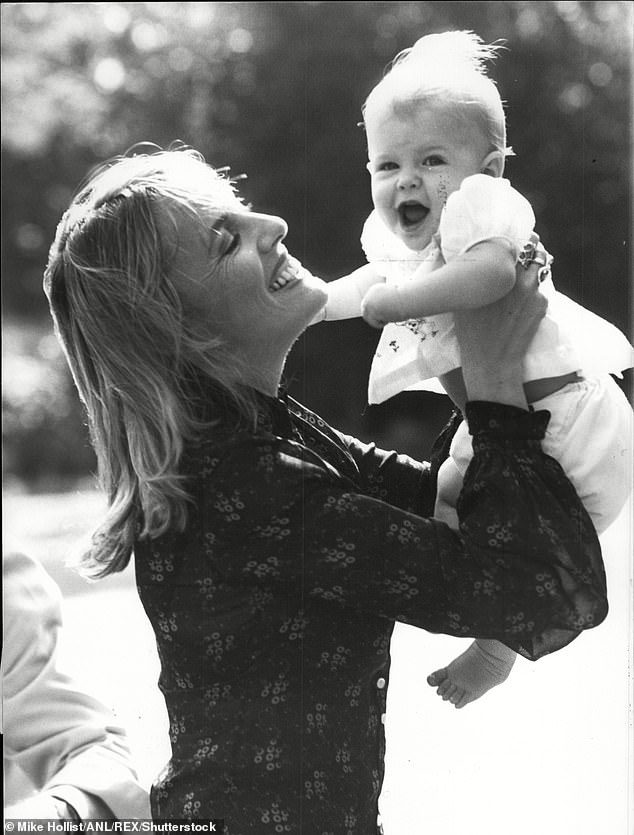 Esther and Rebecca in four

Esther: We love working together and we give each other treats.

Rebecca: I feed her. She never eats otherwise!

Favourite memory of each other?

Esther: Her glorious wedding. At the end she took a bunch of her father’s favourite flowers to put where his ashes were laid.

Rebecca: When I was seven we got lost on safari in Zimbabwe. We were rescued by a gamekeeper who went off to fight poachers, leaving us at his remote house. Mum and I sat together, holding hands and watching a herd of elephants. We had survived.