Mothers and daughters: Katie Piper – ‘There were times I used Mum as an emotional punchbag’

Katie Piper with her mum Diane

Katie Piper’s mother Diane nursed her back from the hell of a life-changing attack. Now Katie explains why it’s her turn to be the rock

Katie, 36, lives with her husband Richard and their children Belle, six, and Penelope, two

I was a nightmare teenager for my mother. We lived in Hampshire and she was a teacher. Her life revolved around education, being sensible and not making a fuss. There I was, underage drinking, smoking and constantly having rows. I went to college to study hair and beauty – my dad was a barber and I think they were relieved I would have a sensible job. But when I was 19 I met a load of girls from London, moved in with them and started going to auditions for modelling. My mum was not impressed but I didn’t care. As I kept telling her, I never wanted to be like her.

Everything changed in March 2008, when I was 24. I was taken to hospital after acid had been thrown over me. [Katie had been raped by her jealous ex Daniel Lynch who then arranged for an accomplice, Stefan Sylvestre, to throw sulphuric acid at her; both attackers were convicted and given life sentences.]

I didn’t know what was happening. I was blind in both eyes. As well as the agony I was in, all I could hear was male voices around me which made me feel incredibly vulnerable and scared. Then amid the noise I heard my mum and I felt safer. It was incredible the effect the sound of her voice had on me. 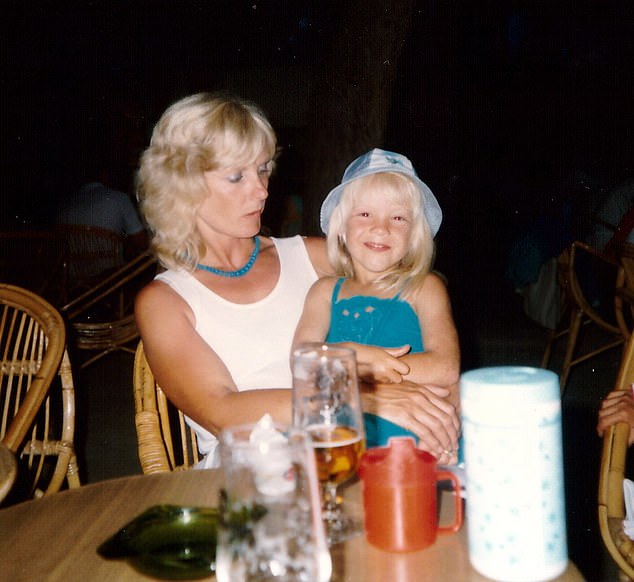 My parents didn’t leave my side for the seven weeks I was in hospital – and for months after. My dad is a very emotional guy – he cries at The X Factor – but my mum has never been like that. She was brought up with very Victorian-style parenting. It breaks my heart that her dad told her if she ever needed to cry, to go upstairs quietly and weep into her pillow. But that made her very strong and, in my worst moment, I needed that strength.

It was an awful time. I couldn’t see, I knew I was completely disfigured and there were so many medical complications caused by the damage from the acid. I also knew the men who did this hadn’t been caught and I didn’t think they ever would be. I was on massive doses of drugs. There was a point when the doctors came to talk about the next operation and I shook my head and wrote a note saying: ‘Kill me.’ Now I have two girls myself, I can’t imagine how that felt, but my mum just held my hand and pushed on.

She was never fluffy, she never told me everything would turn out well, she just encouraged me to take step after step. She took photos every day. It was the teacher in her that refused to sugar-coat the truth but wanted me to see improvements. And also, I know now, that she wanted documentation in case anything happened to me. She was going to fight for justice – she wasn’t ever going to let me down.

I feel so grateful to her. When I came out of hospital she looked after me, physically and emotionally. I needed her for everything, from my personal hygiene to my medical needs. There were lots of times I used her as a punchbag. I could take all my anger out on her because I knew she’d never walk away. Mum took early retirement so she could always be with me. I’ve said sorry so many times.

During everything I went through, my mum became the closest person to me. My life changed again in many wonderful ways but when I found out I was pregnant with Belle, I was so happy. I’d thought I might never be able to have a baby and my first call was to my mum. She told me she was about to call me because she’d been diagnosed with bowel cancer.

I felt my pregnancy had to be the light to her dark. I would take her to events I was invited to; we did lots of lovely things that sound superficial but because she saw so many terrible things through me, I wanted to balance that with happy memories.

Six years later we are in lockdown. We speak every day but in those years the cancer spread to her lung, liver, skin and now her lymph glands. Rules are relaxing but I would not risk her health because I love her so much. She still never makes a fuss but it’s my turn to be strong. With my kids, I try to be the mother she was with me: reading, making playdough, listening, giving strength and unconditional love. Now – with those teenage years long gone – the woman I most want to be like is my mother.

A retired teacher, Diane lives in Hampshire with her husband David 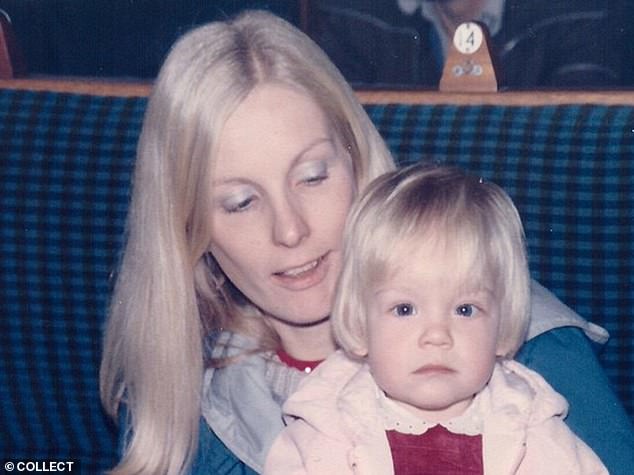 No one can ever really be prepared for motherhood. When I was told Katie had been attacked, I walked into the hospital and didn’t even recognise the person lying amid machines and ventilators. I thought: ‘Who is that?’ All I could see was black and orange swelling. It did not compute that it was Katie.

But you have to keep going and put your faith in the doctors. It was hard for her. I never wanted Katie to see me cry – it wouldn’t help her, so I cried in private. Katie came to live with us after she left hospital. It was a difficult time. My husband David and I had to keep everything going – eye drops in the morning, four massages a day. She didn’t like it, and took out her anger on us, but I understood.

I kept a diary back then but I don’t look at it now. There was so much to take in and do. Meetings with doctors, the police, psychologists and keeping the daily routine. I took leave from work and on top of everything I was worrying about, I worried about Katie’s future.

All I could see was her continuing to live with us, a hermit’s existence, always scared. There was a lot of fear in the early days before the men who did this were caught. She would be terrified if the phone rang or there was a knock at the door. We changed our number and took our names off the electoral register. Fear is contagious and I felt it too.

Katie saw a psychologist which really helped her. David and I saw him too because it was difficult for us to cope. Small changes started to happen – she would joke about one ear which was more badly burnt than the other. She let us celebrate her birthday with a little party and a few of her friends. Then one day she came downstairs and said: ‘I’m going to the shop.’

I was really worried. I asked if she wanted me to go with her, or to walk halfway, and she said: ‘No.’ I watched her go from the garden gate, her thin legs disappearing into the distance. I felt like I did on her first day at school. I was terrified she’d panic and run into the road or that something would happen. I worked out how long it would take to get there and back and kept walking into the street looking for her. She came back smiling. ‘Stop worrying, Mum,’ she said. I knew then that she would be OK.

I watch her now and I’m so proud of her. I don’t know where this spirit comes from but she has touched so many people. She is brave, compassionate and absolutely determined to make a difference. She wants to fix everything. When I told her about my cancer, the next day a juicer and a huge box of fresh fruit and vegetables appeared on the doorstep. She comes with me to my appointments, even when I tell her not to. ‘You were my hospital buddy, I’m going to be yours,’ she says.

What Katie has done is amazing. But I think the greatest and most incredible thing is her getting married and having two wonderful girls. Honestly, I never thought that would happen, especially when I look back to those dark times. She’s a wonderful mother and she’s happy, which is all you want for your children.

During lockdown I haven’t been able to see her but we speak all the time and she can always make me laugh. Katie never gives up hope, which is a great lesson for everyone.

Katie and Diane in four

Katie Sending me grammatical corrections on my social-media posts.

Diane Her impatience. If a suggestion is made she will want to do it without thinking.

Katie She tells stories about my childhood.

Diane We eat, we drink lots of tea and we always find something to laugh about.

Katie Sitting at the table sticking pictures from catalogues into a book of stories I had made up with my mum sitting next to me, listening and being absolutely present.

Diane Watching her walk down the aisle on her father’s arm. I don’t cry easily but my eyes were filled with tears when I saw her.