Mothers reveal meanest things their children say to them

Model Chrissy Teigen struck a chord with mothers everywhere when she asked them to share the worst their children had ever done to them.

In a recent Twitter post, the mother-of-one, 31, admitted she was having a ‘rough day’ and asked her 7.58million followers for their own examples of when they have struggled with their little ones.

Chrissy revealed that her daughter 17-month-old Luna had taken to smacking her in the face when she leaned in for a kiss in response to one mother’s revelation.

‘My one year old son tells me no every time I kiss him,’ said user Bee Money. ‘Same except I get an added smack to the face,’ Chrissy responded.

The model and presenter, who recently gave up alcohol as she and husband John Legend prepare to go through another round of IVF, was inundated with thousands of responses.

Twitter user Elizabeth Licata shared: ‘My 3yo got right in my face and screamed: “You are over! Mommies are cancelled!”‘

‘Last week my kids (twins) came into the bathroom while I was in the shower, took the knob of the inside of the door and locked me in. Because why not,’ said another mother called Tanya. 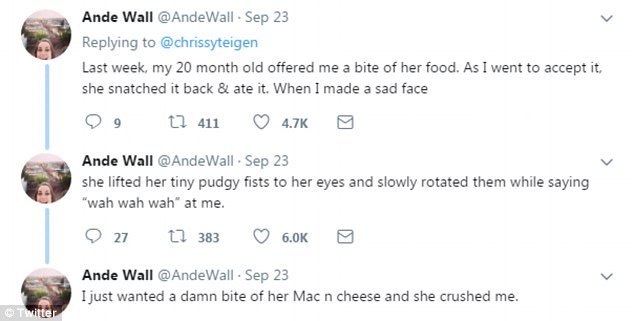 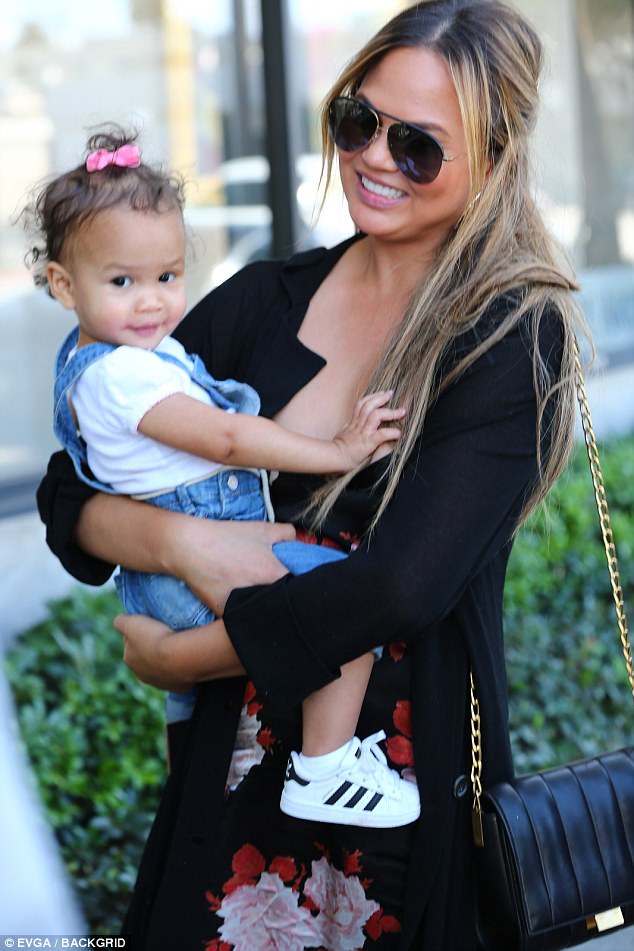 Chrissy welcomed her daughter Luna in 2016 after falling pregnant with the help of IVF, something which she and husband John Legend have been open about

One mother called Ande Wall shared her story: ‘Last week, my 20 month old offered me a bite of her food.

‘As I went to accept it, she snatched it back and ate it. When I made a sad face she lifted her tiny pudgy fists to her eyes and slowly rotated them while saying “wah wah wah” at me.

‘I just wanted a damn bite of her Mac n cheese and she crushed me.’

John and Chrissy welcomed baby Luna in April 2016, three years after marrying in Italy with the help of IVF – something which the pair have been open about.

They first met when Chrissy appeared in the music video for his single Stereo in 2007. 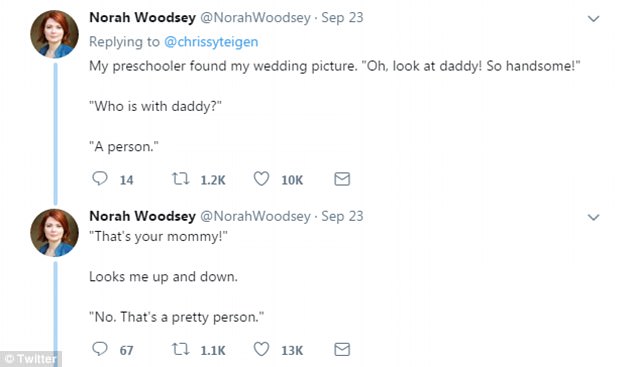