A father of two with motor neurone disease was turned away from a Royal Caribbean cruise due to his disability.

Justin Yerbury, a professor in neurodegenerative disease at the University of Wollongong, attempted to board the cruise ship travelling from Sydney to New Caledonia on Sunday.

Inexplicably, he was informed he would not be allowed to travel due to his physical condition. 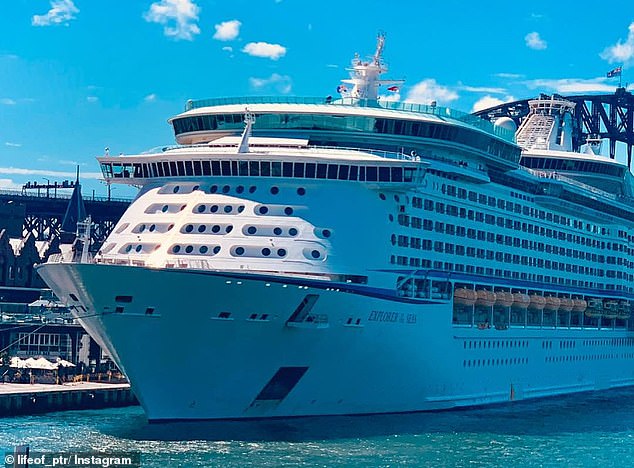 ‘The ship captain and doctor said they weren’t equipped to look after us,’ he told the ABC.

‘This was despite the fact we brought two carers and my wife, who is trained to look after me.

‘They decided I was too much of a risk.’

Professor Yerbury has a genetic form of motor neurone disease and underwent a tracheostomy and laryngectomy last year.

After a testing 12 months, he was relishing time away with his family but was bitterly disappointed.

In a statement, Royal Caribbean described the incident with Mr Yerbury as ‘regrettable’.

The company is also looking to arrange a full refund for the Professor and his family.

‘Regrettably, a male guest was unable to take his planned seven-night cruise to the South Pacific on board Explorer of the Seas, which departed Sydney on Sunday,’ the statement said.

‘Upon presenting to the terminal for boarding, a decision was taken by the ship’s doctor to deny boarding on the grounds that the ship would be unable to provide the level of care required in the event of an emergency at sea.’