Motorcyclist ‘was killed by a pheasant’

A motorcyclist was killed by a pheasant that flew into his crash helmet and fractured his skull.

Father-of-four Robert Patterson, 51, was driving around 60mph when the bird flew out of the hedgerow,

An inquest heard a biker friend riding behind saw a ‘plume of feathers’ before Robert crashed. 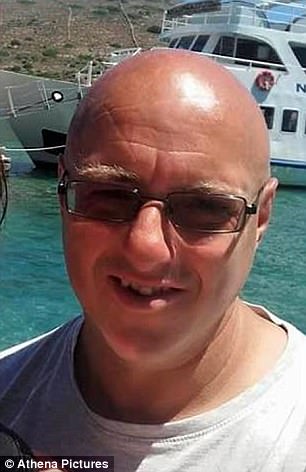 Father-of-four Robert Patterson, 51, was driving around 60mph when the bird flew out of the hedgerow

A post mortem revealed the force of the 6lb female pheasant hitting Robert’s helmet was enough to fracture his skull.

Pathologist Dr Mark Lord said: ‘It was a significant impact. It was instant death.

‘Mr Patterson suffered multiple injuries including a blow to the head and facial injuries, as well as the skull fracture’

Window cleaner Robert was riding with friends when the tragedy happened on the A470 in Wales last November.

Friend Andrew Edwards who was riding behind said: ‘Something appeared to hit him – he instantly collapsed on to the bike and veered off the road.

‘We were speaking on intercomms. It went silent the instant he was hit.

‘It looked like a bird of prey but we believe it was a pheasant – it swooped down above head height.

‘The instant it hit him, he went down a bank and into the fields and trees.’ 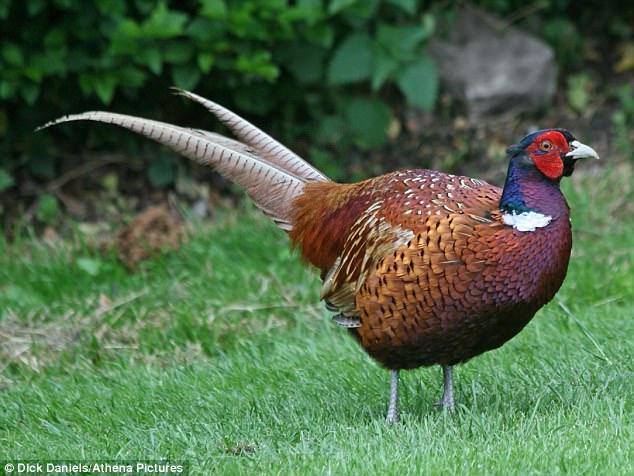 Another biker in the convoy David Roberts told the hearing: ‘All I saw was a plume of feathers.’

The inquest, in Caernarfon, heard the pheasant smashed into the visor damaging the helmet.

North Wales Coroner Dewi Pritchard Jones said: ‘It must have been quite a shock to have this bird flying and hitting him in his face.

‘The pheasant must have gone into the visor.

‘My belief is that the impact caused the head to go back and fracture the base of the skull.

‘The bike carried on through the undergrowth and further injuries were caused.’

His niece Sonia Jones said: ‘Rob always had a smile on his face, he was never down.’