The motorcyclist who cost a young mother her life after she stopped to help him following a horrific crash was a one-legged ice dealer with a long history of reckless and dangerous driving.

Troy Swinden, 37, died after he struck an Audi while speeding through an intersection on his motorcycle in Melbourne’s east on Tuesday.

Mother-of-two and aged care home nurse, Emily Bartley, 27, who stopped to perform CPR on Swinden, died when she was hit by a passing car.

Police have since revealed that the 37-year-old was a known ice dealer who had his leg amputated following a motorcycle accident years ago, according to the Herald Sun.

Officers said he was driving recklessly before the accident on Boronia Road.

An associate of Troy Swinden (pictured), Taylor Thomas, said he had warned the father of two that he ran the risk of killing himself or others if he kept up his reckless riding

He was on bail at the time of the crash and had been dealing drugs only hours before the fatal incident.

White powder was found in Swinden’s possession after the horrific accident, which has yet to be formally tested.

Court documents have revealed Swinden had a number of dangerous driving charges, for which he had served jail time, and had been ordered to have an alcohol interlock system installed on his bike.

Swinden was living with his mother at the time of his death and was due to appear in court on October 17 on driving related charges, including driving with a suspended licence.

An associate of Swinden’s, Taylor Thomas, told the Herald Sun he had warned the father-of-two he ran the risk of killing himself, or others, if he kept up his reckless behaviour. 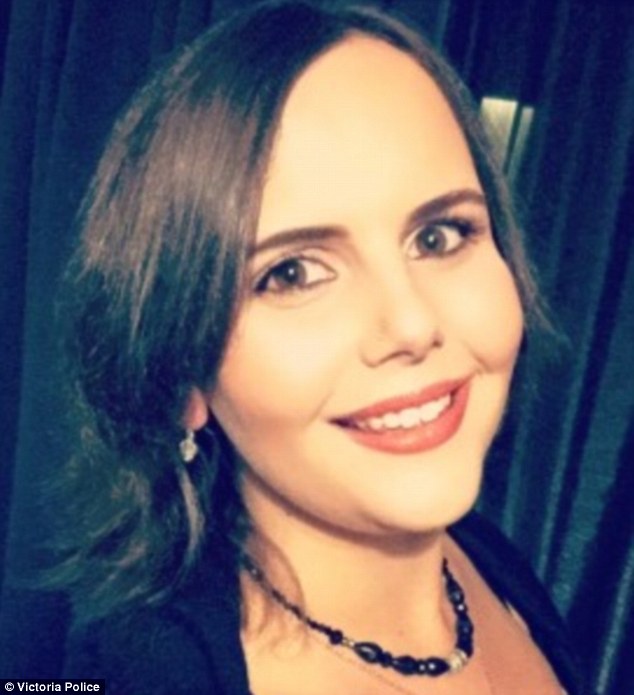 ‘He shouldn’t have been riding in the first place, he rides like an idiot. I would always see him take off at mad speed,’ he told the Herald Sun.

‘I always said you are going to end up killing yourself, Troy, or someone else. And unfortunately that happened on Monday night. I have been dreading this moment … I knew it was going to come.’

Mrs Bartley had just finished work at an aged care facility and was making her way home, having just phoned her husband to tell him ‘I love you’ and ‘I’ll be home soon’

When she saw Swinden on the side of the road, she jumped into action and raced to perform CPR. 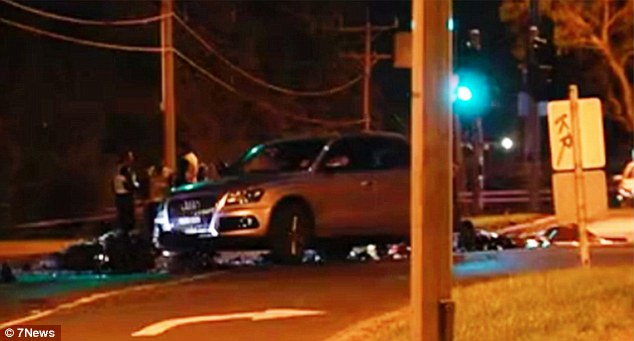 But she was tragically struck and killed by a passing Honda Prelude while attempting to resuscitate the 37-year-old.

Mrs Bartley’s heartbroken family released a statement in the wake of the fatal incident. 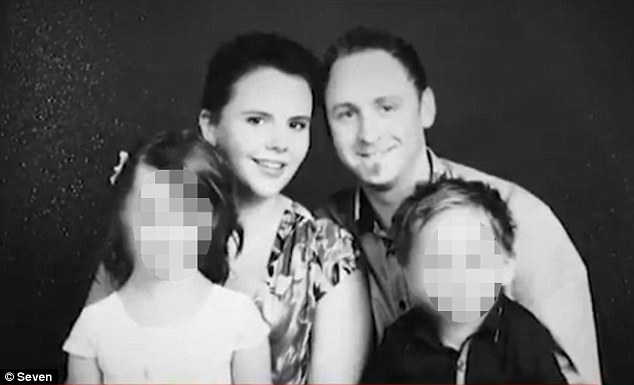 ‘We are truly devastated to have lost our beautiful Emily. She was a loving wife and devoted mother,’ her family said in a statement.

‘She was a genuinely caring person right down to her line of work where she cared for dementia patients.

‘We are so very touched and thankful for all the personal messages and tributes and for the concern which has been shown for the wellbeing of our close family.’

‘This is a life-changing event for him and he will never get over this. These children are now without a mother,’ he said.

‘The kids are early school age or not even school age, they’re going to have to live their life without a mother.’