Motorists could be charged for driving into town centres

Motorists  in the most polluted areas could be charged for driving into town centres after a judge ordered the Environment Secretary to take more drastic action to clean up the air.

Suffering its third High Court defeat in just three years against environmental lawyers ClientEarth, the government was told its plans to improve air quality in 45 local areas are ‘unlawful’.

Justice Garnham described plans for these pollution hotspots as ‘seriously flawed’ and piled pressure on environment secretary Michael Gove to do more.

Air pollution over London. The government has been told its plans to improve air quality in 45 areas are unlawful

He said:‘The Environment Secretary must ensure that, in each of the 45 areas, steps are taken to achieve compliance as soon as possible, by the quickest route possible and by a means that makes that outcome likely.’

Ministers will now have to ensure 33 councils including Portsmouth, Plymouth City and Leicester City, draw up urgent plans to reduce pollution.

This is because the remaining 12 are expected to comply with EU air quality regulations by the end of this year.

The plan has to be published by October 5.

Following intense pressure, the Mr Gove has also pledged to ban sales of new diesel and petrol cars by 2040.

But Justice Garnham said the government has not done enough. 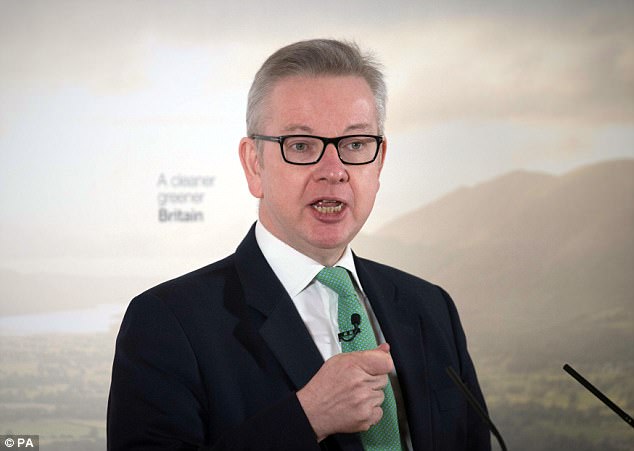 ‘It is now eight years since compliance should have been achieved and the 2017 air quality plan is the third unsuccessful attempt the Government has made. All the while, the health of those living in towns and cities across the country has continued to be at risk.’

The latest ruling was welcomed by environmental campaigners and opposition MPs.

Mary Creagh, Labour MP and chairman of the Environmental Audit Committee, said: ‘Millions of people in the UK live with illegally high levels of air pollution, which results in 40,000 early deaths every year.

‘Ministers’ shambolic attempts to tackle this means this is the third time the courts have ordered the Government to come up with a new plan. The Government must now use every tool in the box to clean up our choking cities.’

But the ruling has raised concerns that drivers with older cars – particularly diesels which produce more nitrogen dioxide – could be penalised. 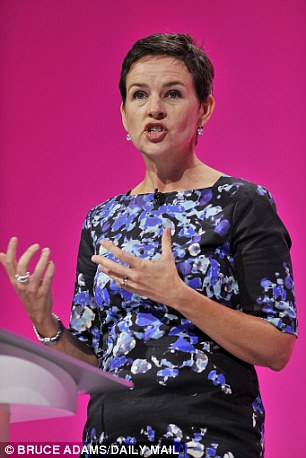 But despite this the government urged councils to only do this as a last resort, and exhaust all other options first.

Instead councils were told to consider other ‘surgical interventions’ such as changing road layouts and removing speed bumps, which cause drivers to slow down and accelerate, generating more exhaust fumes.

This prompted critics to accuse ministers of watering down its plans and passing the buck to councils.

The government is anxious not to unfairly penalise diesel drivers, many of whom bought diesel cars because they were told they are better for the environment as they produce less carbon dioxide than petrol engines.

But motoring campaigners are worried the latest court ruling could prompt councils to impose charges on drivers anyway.

Edmund King, president of the AA, said: ‘There is a concern that this court ruling could lead to a disproportionate and knee jerk response – with the introduction of charges and clean air zones.

My worry is that the car driver will be seen as an easy target, Rather than blanket charges, the most efficient thing to do to crack down on air pollution is to get older trucks, taxis, buses – and some of the older cars -off the roads.’

Plans are already being drawn up for clean air zones in Birmingham, Derby, Leeds, Nottingham, and Southampton.