No room for error! Mountain biker speeds over narrow wooden ramps and chicanes between tree trunks in heart-pumping downhill run

A mountain biker showed his bravery when he took on a terrifying biking trail featuring deathly narrow wooden ledges.

Dave navigated the incredibly intricate trail in the video shot with a GoPro camera on his helmet, knowing any lapse of concentration could have caused serious injury.

‘Dangerous Dave’ Herr cycles down the Imonator trail on Mount Fromme, British Columbia, Canada, in thrilling footage shot from his point of view 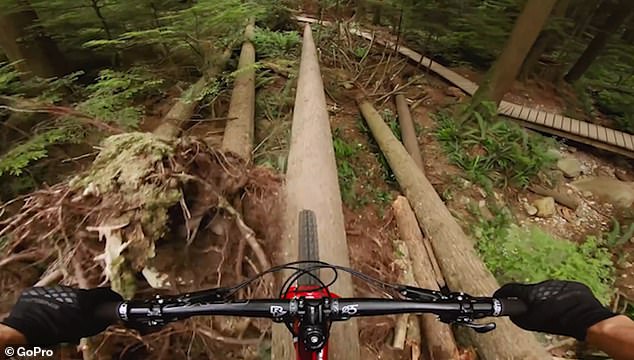 In the video, Dave starts cycling down a narrow fallen tree trunk before hopping onto the main trail.

He picks up speed as the path becomes more narrow and zips across the narrow ledges fearlessly.

Dave slows down on one section involving a near 180 degree drop before speeding up again for the rest of the course.

At the end of the video, Dave starts to pant after stopping the run and he says ‘love the thrill’. 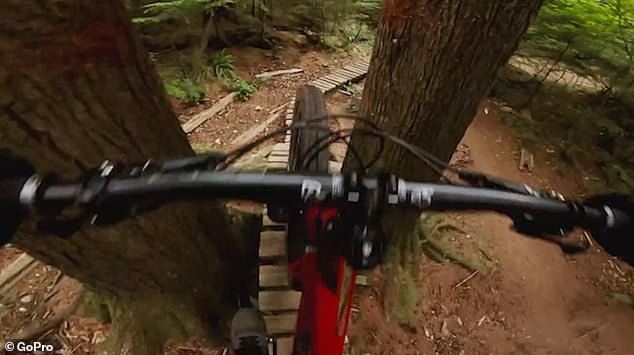 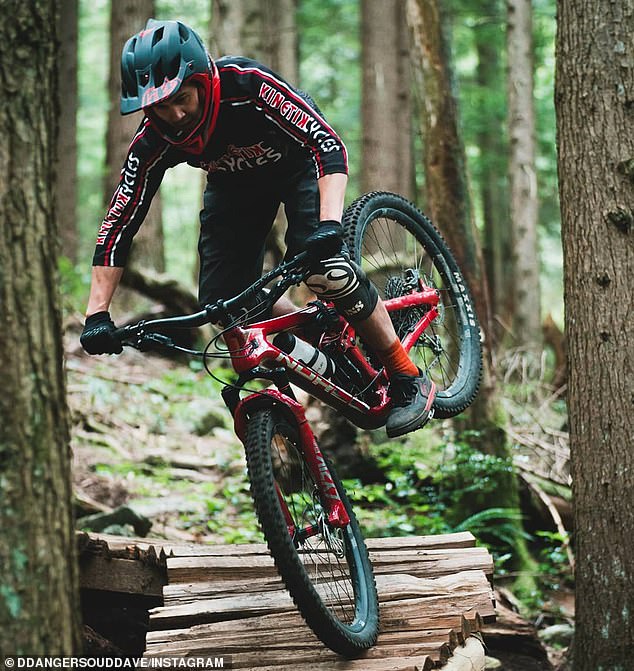 The video was taken the Imonator trail on Mount Fromme and won Pinkbike’s ‘GoPro of the World’ award for 2019 in November.

He said: ‘I tried to up the ante this time by incorporating a massive tree that fell just above the trail and pushing myself to lay down the fastest top-to-bottom I could manage.

‘The NSMBA trail crew made that skinny chicane section even more challenging when they rebuilt it and you can see just how much body English it took to navigate at speed.’

The $7,000 prize for ‘stunning, technical, just plain rad, unedited, raw GoPro footage’ is ranked by judges, with the top three submissions voted on by the Pinkbike audience.