By Jesse Hyland and Ashlea Knickel For Daily Mail Australia

Two theme park rides have been shut down at Movie World due to mechanical faults.

The Green Lantern rollercoaster and the Doomsday Destroyer looping ride were closed this Wednesday in an announcement made by Movie World.

Both rides are expected to reopen towards the end of the week.

Movie World explained in a statement that the rides were shut early in the morning after staff discovered ‘faults’ during routine inspections.

‘The safety of our guests is our highest priority and we have a dedicated engineering team who conduct rigid and comprehensive inspections on all attractions prior to opening each day,’ the theme park’s post read.

‘During the engineering inspections at Movie World this morning (Wednesday), our team identified a fault on the Green Lantern and Doomsday attractions which required further discussion with the international ride manufacturers.’

The theme park also noted there were minor delays with the opening of the Superman Escape and Scooby-Doo rollercoasters on Wednesday.

Both rides were opened later in the day but no reason was provided for the temporary closures.

‘We understand these closures can be an inconvenience to our guests and our in-park team work with them to assist them with their individual experiences,’ Movie World’s post read.

‘The safety of our guests is our highest priority and we have a dedicated engineering team who conduct rigid and comprehensive inspections on all attractions prior to opening each day.’ 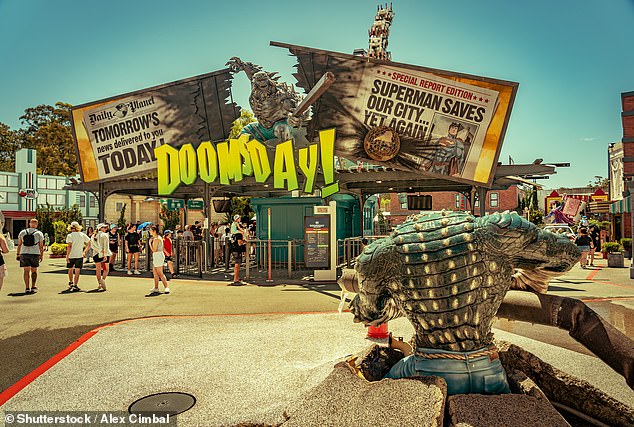 The Doomsday Destroyer (pictured) was one of the rides closed on Wednesday. It’s expected to reopen later in the week 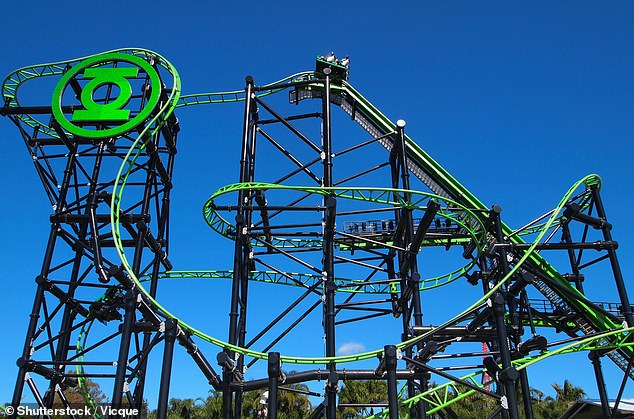 The announcement comes a month after the Doomsday Destroyer malfunctioned and left fourteen people hanging upside down.

Theme park attendees were left hanging 21 metres in the air when the ride came to a sudden halt for one minute and 54 seconds.

It wasn’t until four maintenance workers ran over and slowly let the ride down that those strapped in were able to get off.

The ride was closed for the rest of the day while those affected were offered a free day pass.

A spokesperson for the theme park confirmed the Doomsday Destroyer’s ‘safety operating system automatically engaged as a result of a sensor activation’. 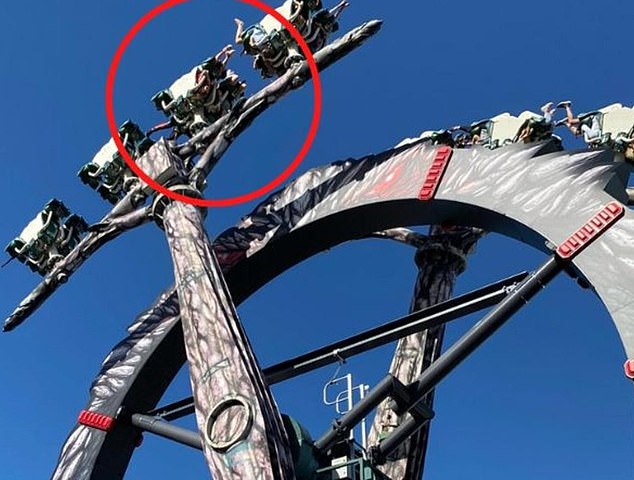 ‘A computer found a potential malfunction on the ride and triggered the stoppage.

‘At which point our staff were able to help the customers down from the ride and other rides were able to restart.’