Fifty MPs are backing a charity’s call for lockdown day – March 23 – to be enshrined as a national day of mourning for those who died during coronavirus lockdown.

Former Conservative cabinet ministers Esther McVey and Stephen Crabb, and former Labour shadow chancellor John McDonnell are all backing the call, which comes six months on from the Covid-19 lockdown.

Since March 23, the end of life charity Marie Curie estimates that 1.4 million people have experienced a bereavement in England and Wales, based on research suggesting each death leaves an average of five people bereaved.

The charity says there is ‘desperate need’ for a memorial day on March 23 2021, the first anniversary of the lockdown, so the UK can unite to remember those who have died and support their loved ones.

Staff members outside the Royal Derby Hospital, during a minute’s silence to pay tribute to the NHS staff and key workers who have died during the coronavirus outbreak on April 28 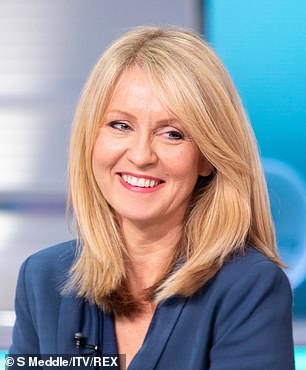 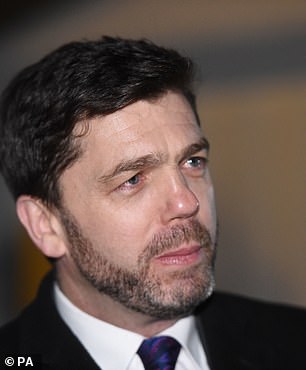 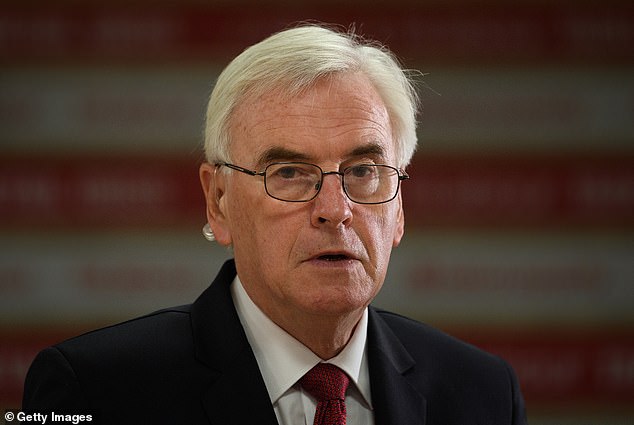 At the peak of the pandemic, only close family members could attend funerals, while others could not say goodbye or grieve properly.

Now, six months on, cases are rising, and chief scientific officer Sir Patrick Vallance has warned that the UK could see 200 deaths a day in mid-November if the virus spread is not curbed.

Restrictions are being tightened in efforts to stop a second wave, prompting fears that many people will face bereavement alone, unable to properly grieve or give their loved ones the funeral they deserve.

A letter to Prime Minister Boris Johnson, signed by 27 of the MPs, reads: ‘Many of those bereaved during lockdown have not been able to hold loved ones’ hands as they were dying, properly say goodbye, comfort or even hug each other.

‘They have been unable to mourn as they would in ‘normal’ times and will be more likely to struggle with the long-term effects of grief.

‘We are in desperate need of a national day to unite in memory and collectively reflect, remember, grieve and celebrate the lives of everyone who has died during lockdown and show support for our families, friends and colleagues who have been bereaved.’ 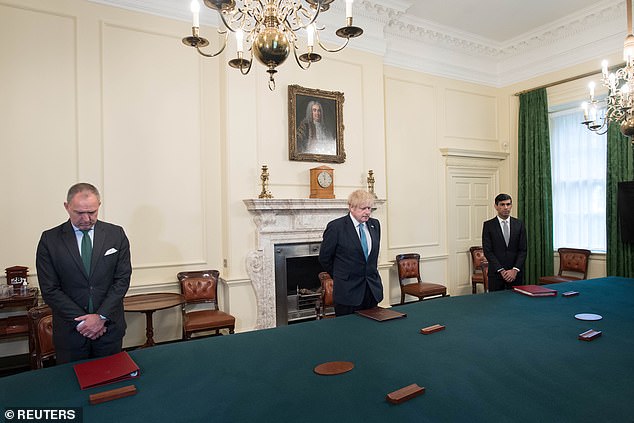 Britain’s Cabinet Secretary Mark Sedwill, Prime Minister Boris Johnson and Chancellor of the Exchequer Rishi Sunak stand observe a minute of silence in a tribute to the NHS staff and key workers who died during the coronavirus outbreak on April 28 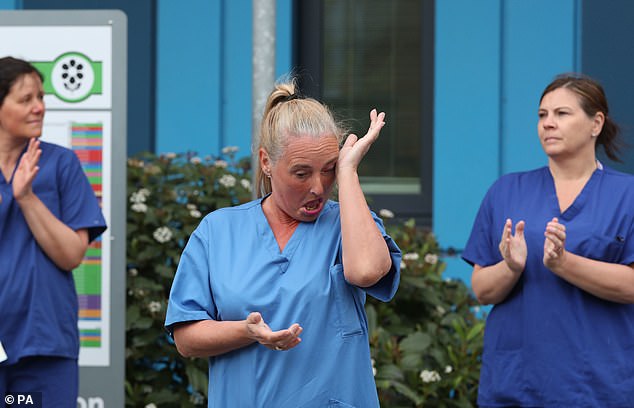 Jenny Wilson’s mother, Karen, 55, died of throat cancer in March and her funeral was on the first day of lockdown. Only immediate family members could attend.

The 18-year-old from Belfast said: ‘We never got to celebrate or remember my mum the way she deserved to be.

‘I was left to grieve for my mum in lockdown, which was awful because I couldn’t get the support from family and friends that I needed.

‘A national day of grieving is so important to me and many others who have lost a loved one over lockdown.’

Marie Curie chief executive Matthew Reed said: ‘In six months’ time the nation needs to take a moment to come together, to remember, to grieve and to celebrate the lives of everyone who has died in this time.

‘As the nation faces the potential of further lockdown measures, we mustn’t forget the thousands and thousands of people who have, and continue to be, bereaved in very difficult circumstances, be that from coronavirus or other causes.’