MSNBC’s Joy Reid, under fire for homophobic language in old blog posts, apologized Saturday for any past comments that belittled or mocked the LGBTQ community and says she hasn’t been able to verify her claim that her account was hacked.

Reid opened her weekend show ‘AM Joy’ by acknowledging has said ‘dumb’ and ‘hurtful’ things in the past. ‘The person I am now is not the person I was then,’ she said.

But she was unable to explain blog posts from a decade ago that mocked gay people and individuals who were allegedly gay.

Reid has denied posting them altogether but says security experts she hired who looked into whether she had been a hacking victim found no proof.

“I genuinely do not believe I wrote those hateful things … But I can definitely understand, based on things I have tweeted and have written in the past, why some people don’t believe me.” pic.twitter.com/PWjdPfs5KB

‘I genuinely do not believe I wrote those hateful things because they are completely alien to me. But I can definitely understand, based on things I have tweeted and have written in the past, why some people don’t believe me,’ she said.

‘I have not been exempt for being dumb or cruel or hurtful to the very people I want to advocate for. I own that. I get it. And for that I am truly, truly sorry.’ 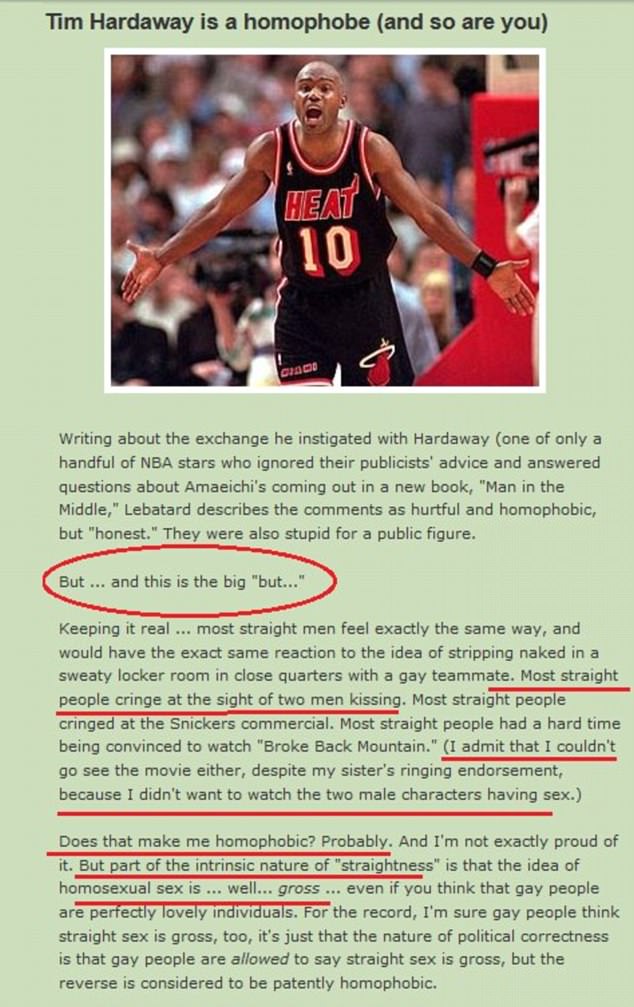 These are some of the posts Reid claims she did not write but which were published on her blog The Reid Report. They were discovered earlier this month by a Twitter user 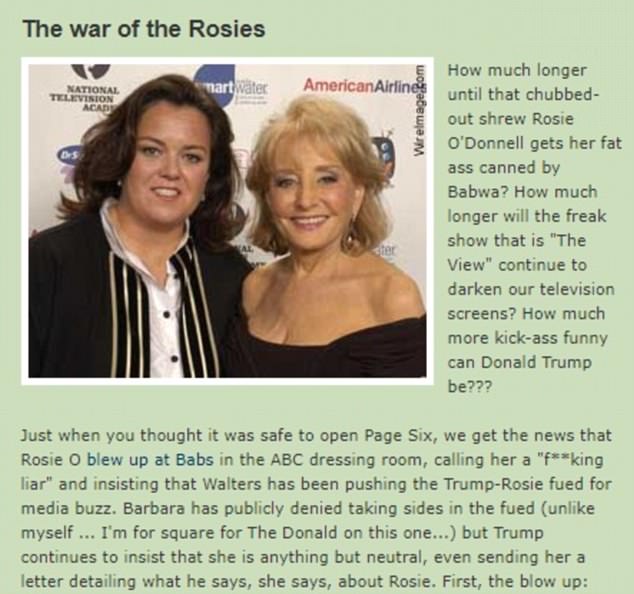 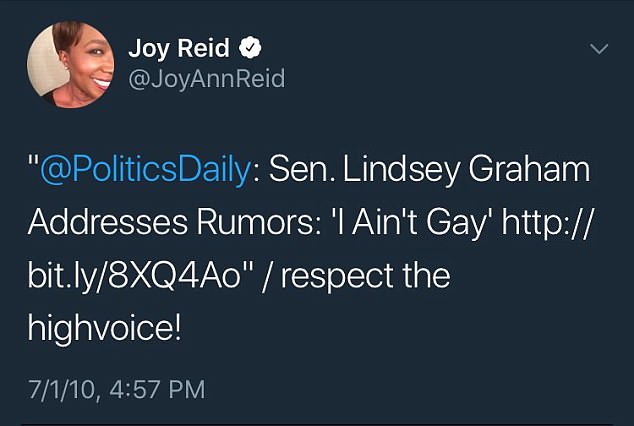 Others took aim at Rosie O’Donnell, who is gay, calling her a ‘chubbed out shrew’

The posts that came to light in December were written for ‘The Reid Report,’ her blog when she was covering Florida politics a decade ago. In posts, she refers to then-Florida Gov. Charlie Crist as ‘Miss Charlie’ and suggested he was ‘ogling the male waiters’ on his honeymoon after marrying his wife, whom he has since divorced. She questioned whether the marriage was a sham by a gay man who thought it would help him politically.

Reid apologized, saying her remarks were ‘insensitive, tone deaf and dumb.’ On Saturday, she apologized also to Ann Coulter for using transgender stereotypes to describe the conservative commentator.

This week, Mediaite revealed a set of other supposed blog posts. In one of these posts, Reid supposedly notes that ‘most straight people cringe at the sight of two men kissing’ and that she couldn’t see the movie ‘Brokeback Mountain’ because she didn’t want to watch two male characters having sex. 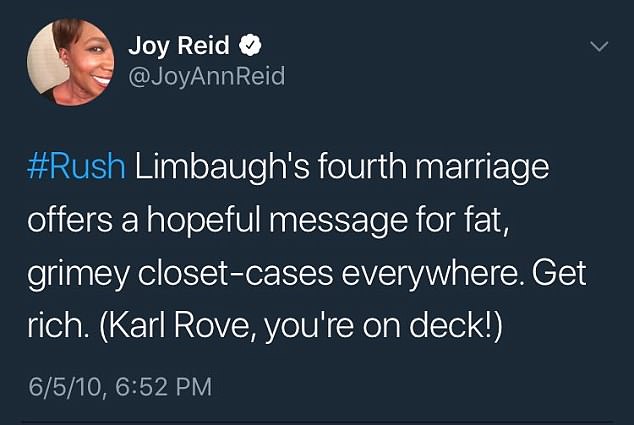 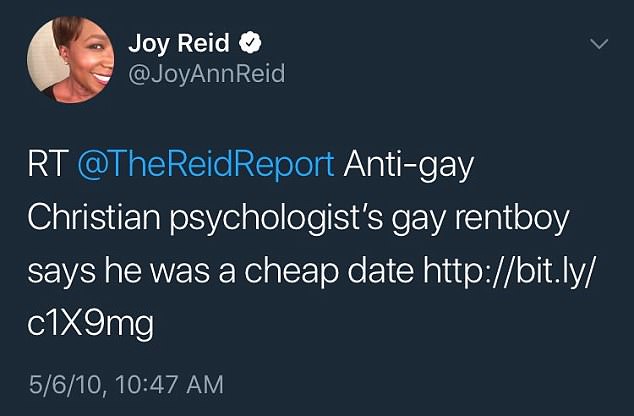 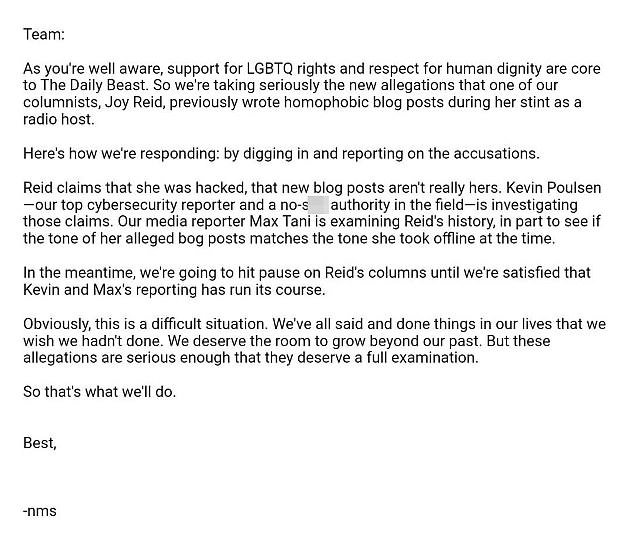 No hiding: Reid admitted writing these tweets but said she regrets some of her past remarks

Another post says that a lot of heterosexuals find the idea of homosexual sex to be gross and that there are concerns that gay men tend to be attracted to young, post-pubescent types and want to bring them ‘into the lifestyle.’

Reid has said that these posts were ‘fabricated and run counter to my personal beliefs and ideology.’ She reiterated that on Saturday but acknowledged she has made hateful comments and has hopefully ‘grown as a person.’

‘I look back today at some of the ways I’ve talked casually about people and gender identity and sexual orientation, and I wonder who that even was. But the reality, like a lot of people in this country, that person was me.’

After reading her five-minute statement, Reid then led a panel discussion on gender stereotypes and issues facing the LGBT community.