Subway riders in Brooklyn were puzzled by the sight of the entrance to the Broadway G-train station in Williamsburg completely flooded.

There hadn’t been any rain overnight and there were no burst pipes nearby so to be confronted with around six-feet of water confounded many would-be commuters.

‘MTA explain yourself’ wrote Kaye Blegvad on Twitter, demanding to know why her commute had taken a watery turn.

The MTA’s social media team was quick to respond: ‘We’re pivoting to submarines.’

A Brooklyn subway station appeared to be underwater on Wednesday 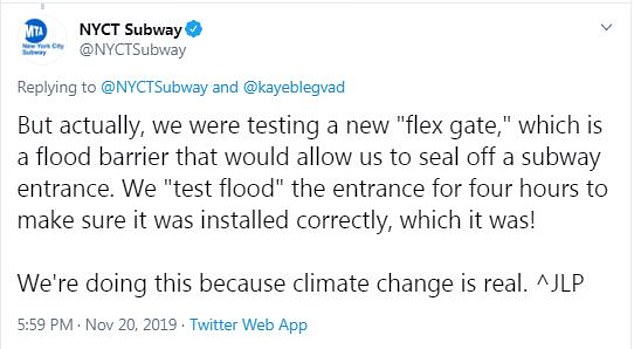 A few minutes later, the MTA, the authority that runs the New York City subway system elaborated: ‘We’re investing in capital projects around the system to prepare for the impacts of a changing climate.’

‘We were testing a new ‘flex gate’ which is a flood barrier that would allow us to seal off a subway entrance. We ‘test flood’ the entrance for four hours to make sure it was installed correctly, which it was! We’re doing this because climate change is real.’

The flooding of the city’s subway system is a real concern.

During Superstorm Sandy in 2012, several subway stations and tunnels ended up being underwater as sea water poured in. 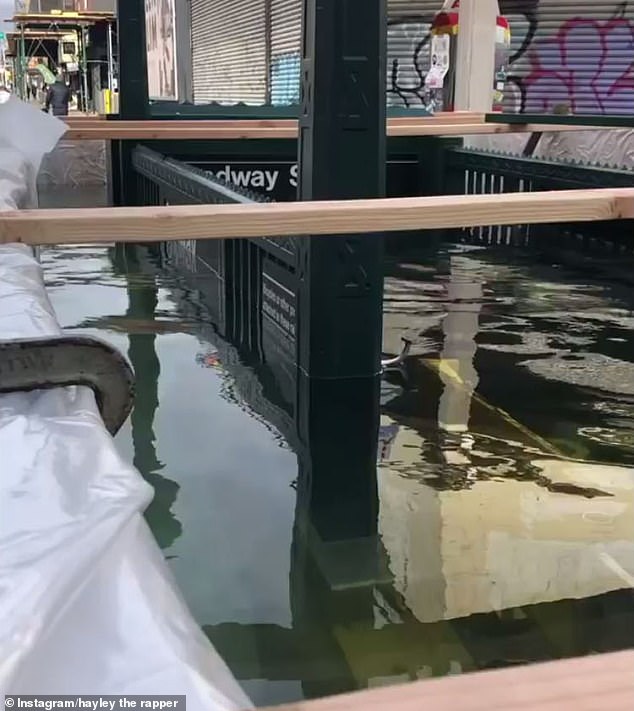 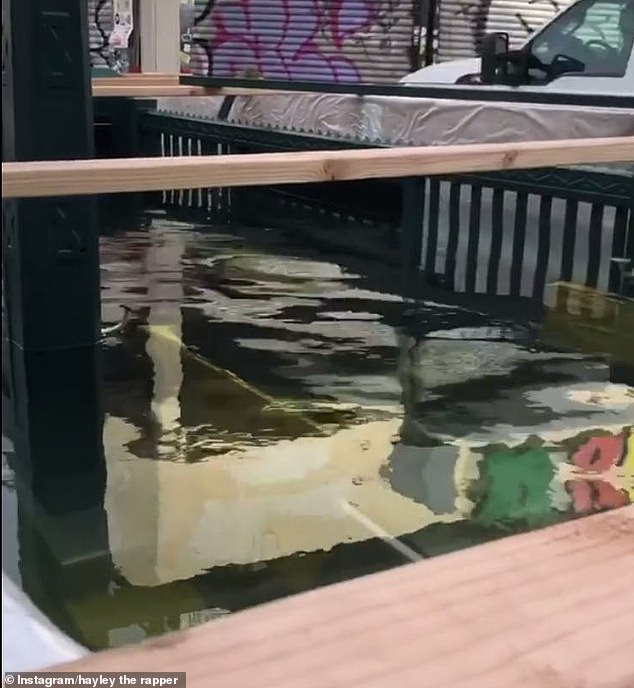 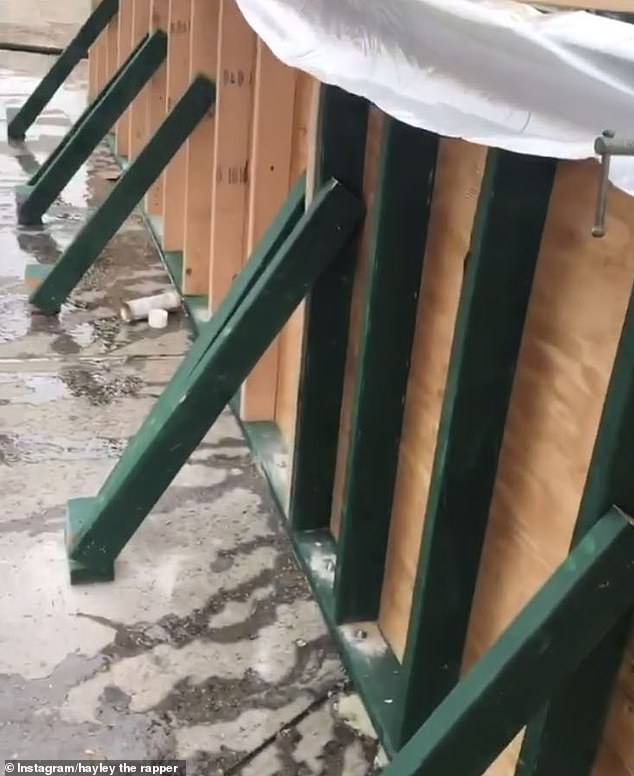 It resulted in hundreds of millions of dollars in damage which is still being repaired seven years later.

‘At street level, we built flood gates into flood-prone train station entrances, while hatches and manhole covers were redesigned to withstand large volumes of standing water,’ the MTA wrote in a post-Sandy flooding report.

The Broadway station entrance was flooded for a few hours to test out one of the new flooding gates.

‘For a second it was very surreal,’ Blegvad said to Gothamist. ‘I thought the entire station must be flooded, then realized the other entrances were dry and kinda shrugged, thought “oh, MTA,” figured it was some kind of maintenance thing. Only a few minutes later it sunk in how deeply weird it was!’ 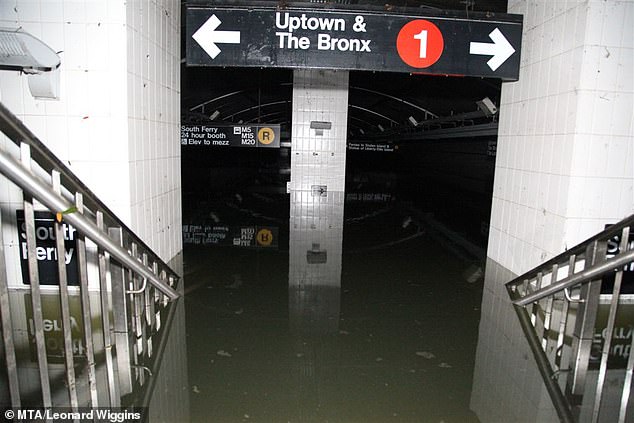 A similar sight was seen during Hurricane Sandy in October 2012 which was deluged by seawater. In this photo, the South Ferry subway station was deluged 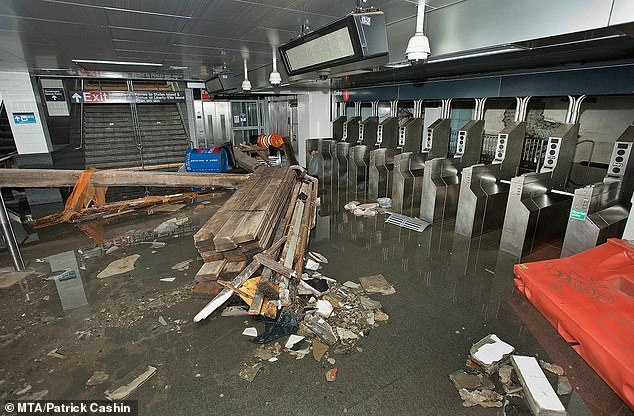 Subway stations in Lower Manhattan were completely submerged after Hurricane Sandy. Pictured is the South Ferry subway station which was out of action for five years 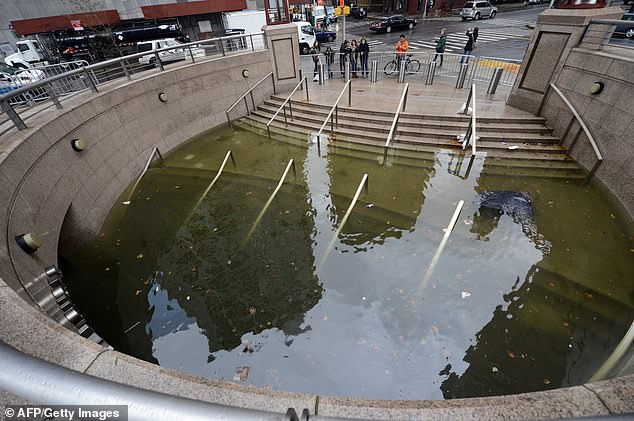 Water fills the entrance of The Plaza Shops in Battery Park in New York on October 30, 2012 as New Yorkers cope with the aftermath of Hurricane Sandy