A federal grand jury in Washington has indicted 13 Russian nationals and three Russian organizations, charging that they interfered with the 2016 U.S. presidential election in a way that benefited President Donald Trump.

But U.S. Deputy Attorney General Rod Rosenstein told reporters that the Justice Department is not making any claims that the Trump campaign was involved or had any knowledge of the plot.

Special Counsel Robert Mueller’s office made the stunning announcement on Friday, saying that the defendants laid the groundwork for targeting U.S. elections in 2014 – and that by mid-2016 they were actively ‘supporting the presidential campaign of then-candidate Donald J. Trump … and disparaging Hillary Clinton.’

Rosenstein said the defendants engaged in ‘what they called “information warfare against the United States,” with the stated goal of spreading distrust toward the candidates and the political system in general.’

The ‘Internet Research Agency,’ an infamous Russian Internet troll factory, is at the center of the allegations.

Hillary Clinton (left) was targeted by an infamous Russian troll factory that sought to elevate Donald Trump to the presidency, according to an indictment issued by Special Counsel Robert Mueller’s office on Friday 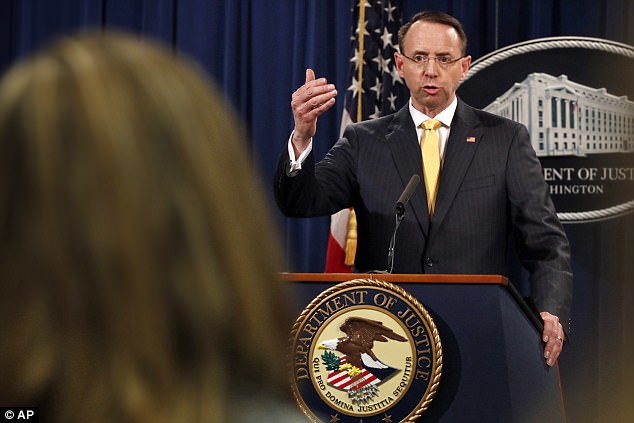 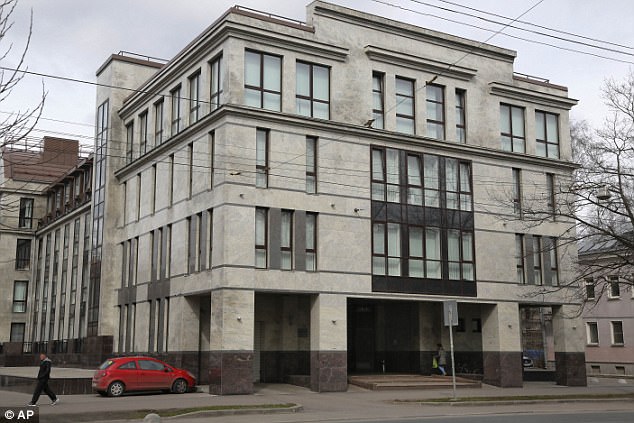 In this picture taken on Sunday, April 19, 2015, a women enters the four-story building known as the ‘troll factory’  in St. Petersburg, Russia, the home of the Internet Research Agency

Founder Evgeny Prigozhin, a Russian Oligarch and shadowy businessman known as ‘Putin’s chef,’ is among the named defendants. Rosenstein said he funded it through two other companies.

Rosenstein said Moscow was not notified in advance that Prigozhin was being investigated, or that indictments were forthcoming – a suggestion that the Justice Department is delivering a slap to Putin from 4,800 miles away.

‘We’ve had no communication with the Russians about this. We’ll follow the ordinary process of seeking cooperation and extradition,’ he said.

‘This ought to be a wakeup call to Washington: Putin’s shadow war is aimed at undermining Americans’ trust in our institutions. We know Russia is coming back in 2018 and 2020 – we have to take this threat seriously.’

The indictment says Prigozhin’s organization ‘sought, in part, to conduct what it called “information warfare against the United States of America” through fictitious U.S. personas on social media platforms and other Internet-based media.’

‘By in or around May 2014, the organization’s strategy included interfering with the 2016 U.S. presidential election, with the stated goal of “spread[ing] distrust towards the candidates and the political system in general”,’ according to the indictment.

The White House said Friday afternoon that President Trump had been notified about the Mueller team’s indictment.

It does not allege a conspiracy or collusion between the defendants and the Trump campaign. 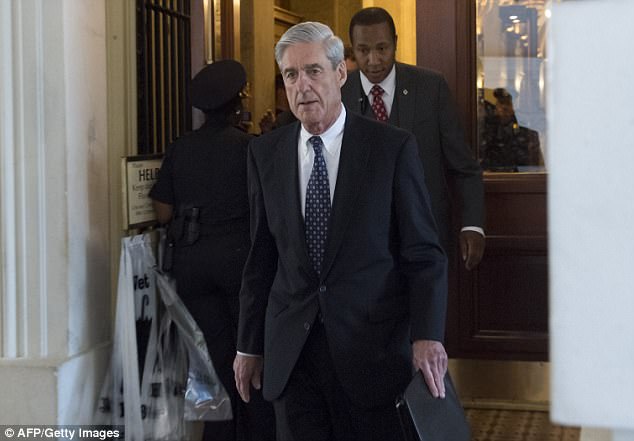 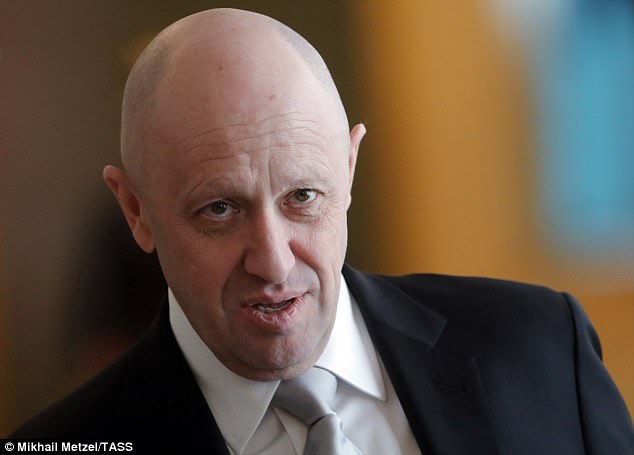 Russian Oligarch Yevgeny Prigozhin, a close confidant of Russian President Vladimir Putin, is accused of being at the center of the conspiracy 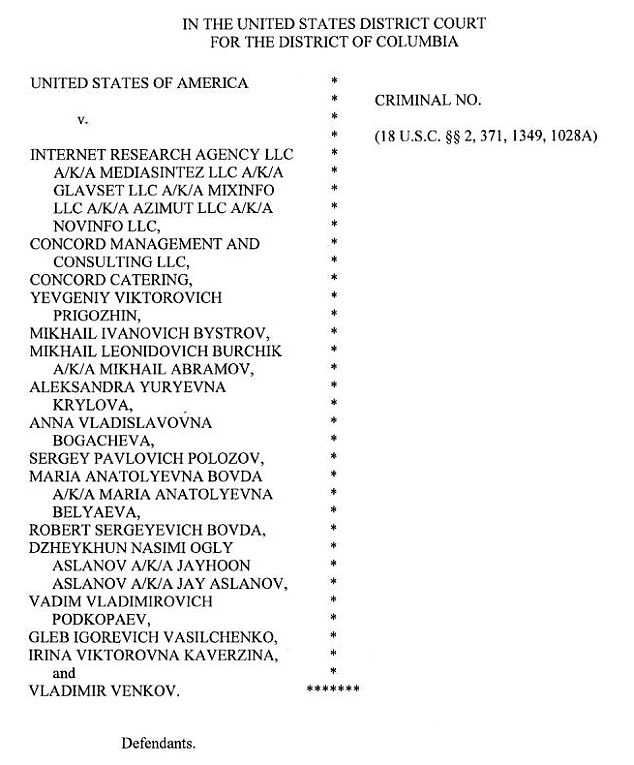 In addition to the Internet Research Agency, the indictment covers two other companies that Prigozhin allegedly used as front-groups to fund the operation

‘There is no allegation in this indictment that any American was a knowing participant in this illegal activity,’ Rosenstein said Friday.

‘There is no allegation in the indictment that the charged conduct altered the outcome of the 2016 election.’

But some of the defendants, posed as Americans – and communicated with ‘unwitting’ individuals associated with the Trump campaign, the indictment says, without naming them.

But it does claim the Russian trolls were dead-set against helping anyone other than Trump or Democratic primary hopeful Bernie Sanders.

They also tried ‘to denigrate other candidates such as Ted Cruz and Marco Rubio,’

People working for the Internet Research Agency, according to the indictment, were told to ‘use any opportunity to criticize Hillary and the rest (except Sanders and Trump- we support them).’ 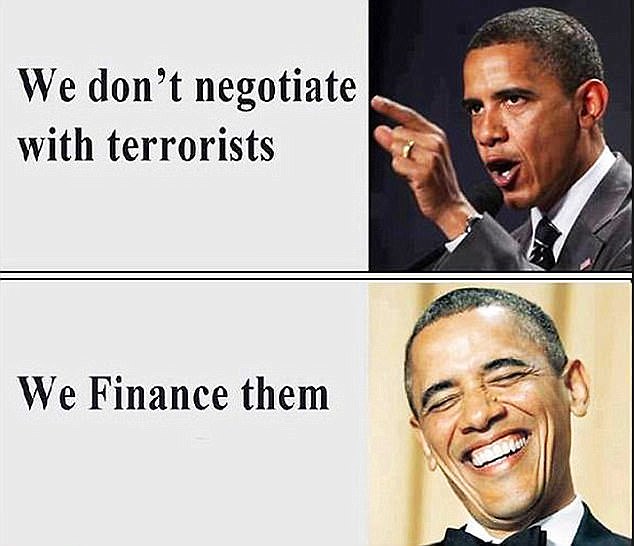 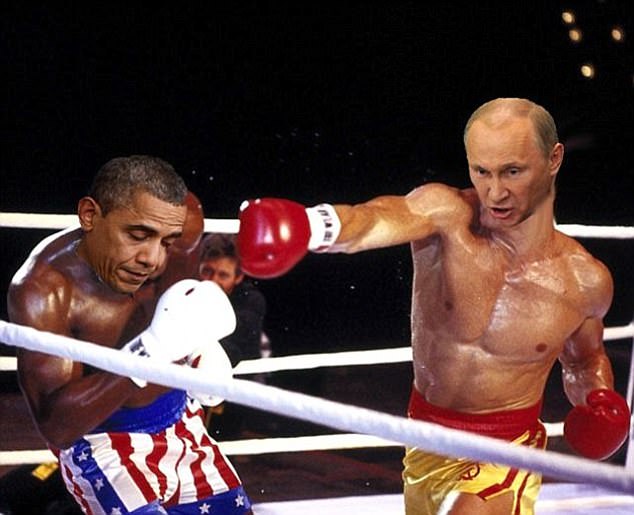 In addition to pro-Trump and anti-Clinton trolling, the Internet Research Agency produced pro-Putin and anti-Obama content like these images

Facebook groups and Twitter bots made up most of the online efforts. Managers at one point criticized the manager of one astroturf Facebook group called ‘Secured Borders’ for having a ‘low number of posts dedicated to criticizing Hillary Clinton.’

‘It is imperative to intensify criticizing Hillary Clinton,’ the troll was warned.

Charges in Friday’s indictment include conspiracy to defraud the United States, conspiracy to commit wire fraud and bank fraud, and aggravated identity theft.

Rosenstein said Friday that some of the social media campaigns ‘recruited and paid real Americans’ – who didn’t know they were communicating with Russians – to stage campaign rallies and engage in other political activities.

Once Trump had defeated Clinton, he said, the defendants ‘staged rallies to support the president-elect while simultaneously staging rallies to protest his election.’

He cited two competing events, ‘both in New York, on the same day.’