By James Wilkinson For Dailymail.com

The news that Special Counsel Robert Mueller has filed the first charges in his investigation into Russian meddling in the presidential election has lit up Twitter.

The documents have been ordered sealed by a judge, so it’s not known who will be served, or with what charges.

But that seems to have only ramped up the excitement among web users, who are now thrilled at the thought of the Trump family ending up behind bars.

And, as happens on such occasions, they are expressing their joy in dozens of hilarious memes – this time under the hashtag #MuellerTime.

The meme of steel: Robert Mueller was transformed into Superman in this meme,  after it was announced that the first charges in his Russia investigation had been filed 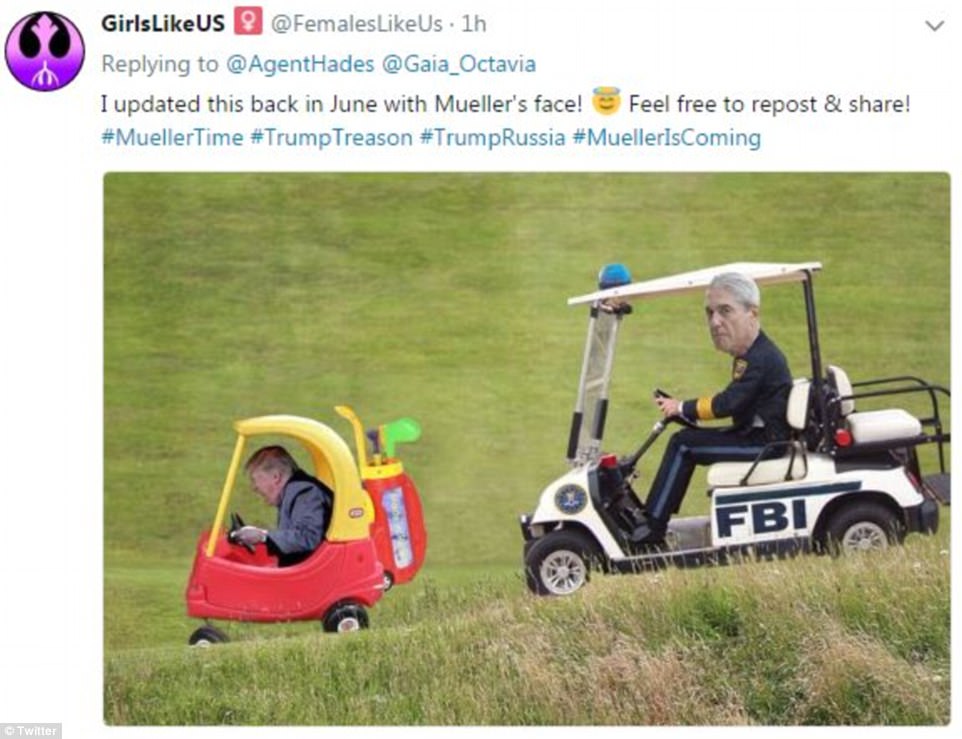 Child’s play: Mueller was turned into a combined cop and carer in this picture. Excitement over Trump being arrested in the coming days is likely somewhat misplaced 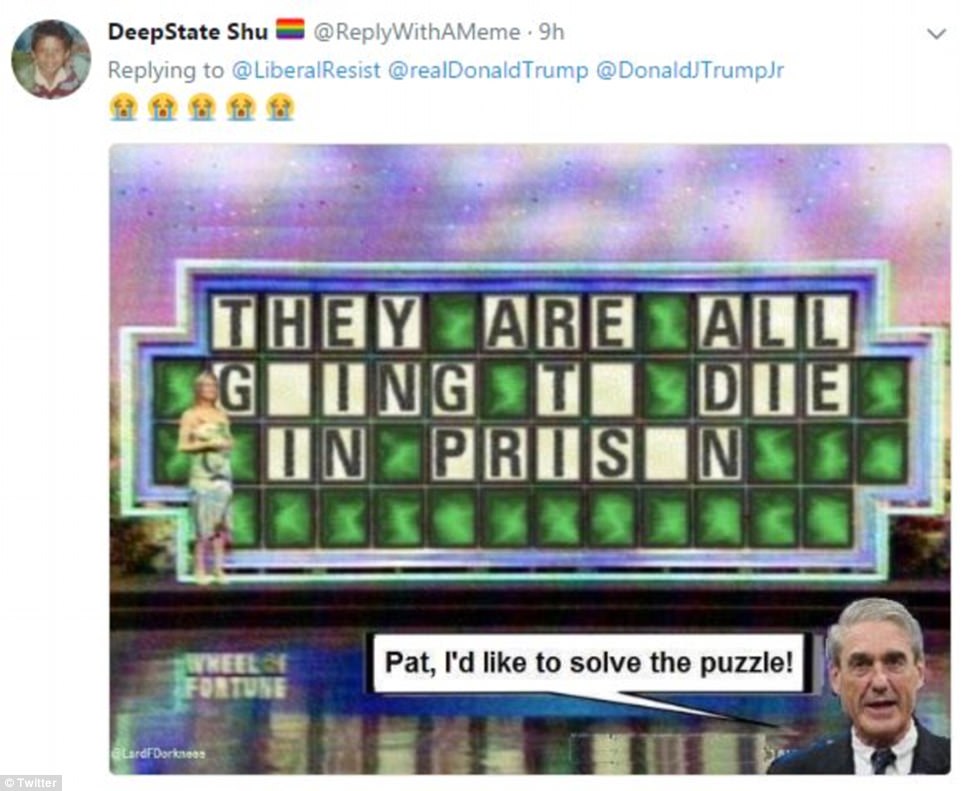 Wheel of misfortune: This is still the very earliest stage of this part of the investigation, which will likely continue for months; it’s still not known who has been charged and with what 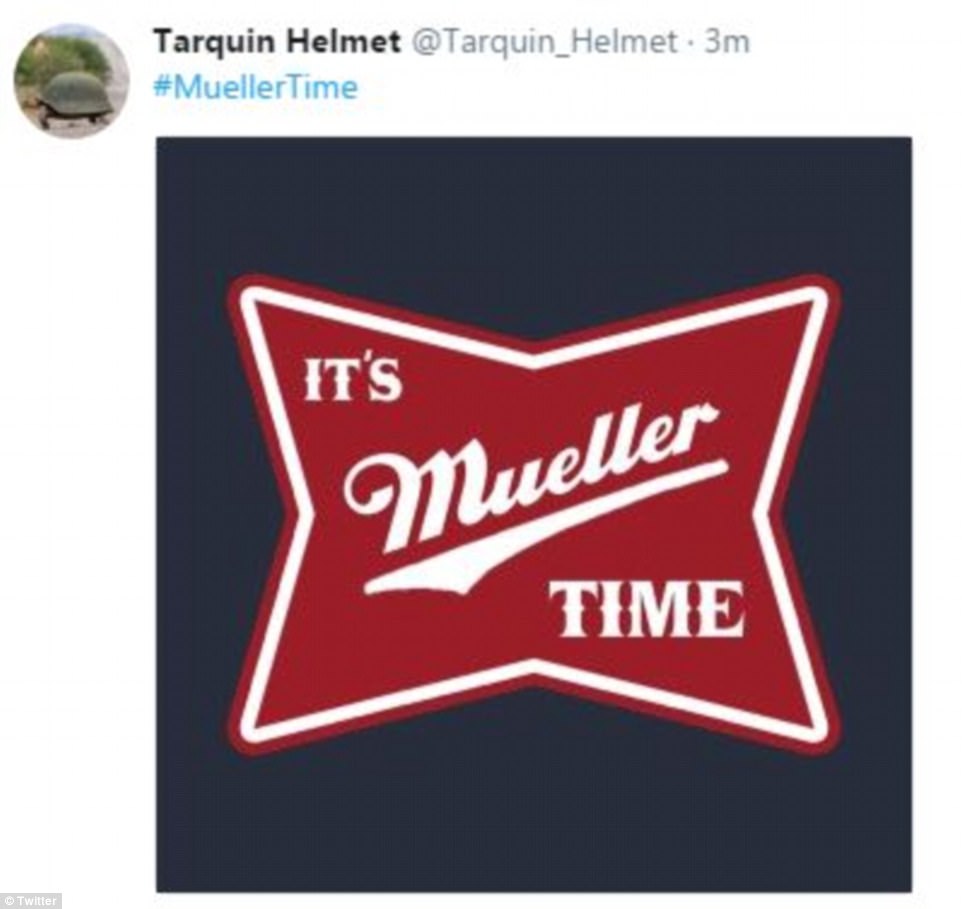 Now is the time: The memes trended under #MuellerTime and #MuellerIsComing, although a court ordered the documents to be sealed for now 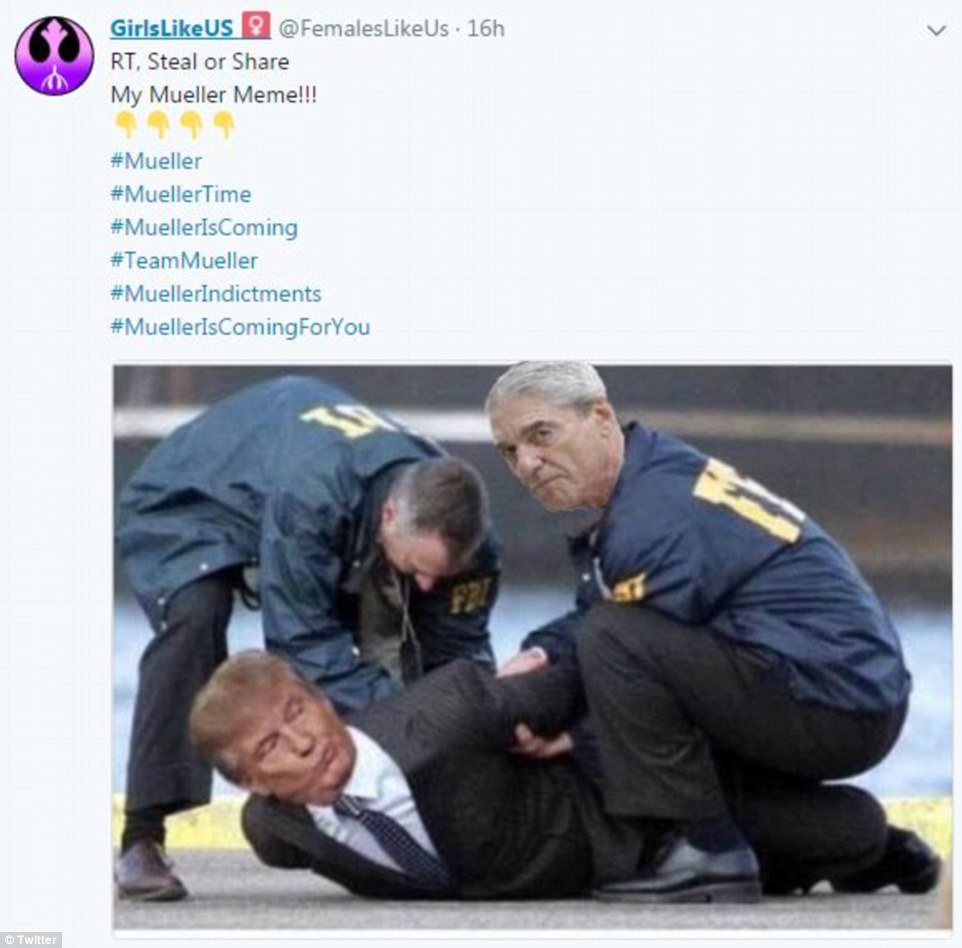 Fed up: Trump being arrested by Mueller was a common theme among hopeful tweeters. Mueller’s investigation has been underway for months 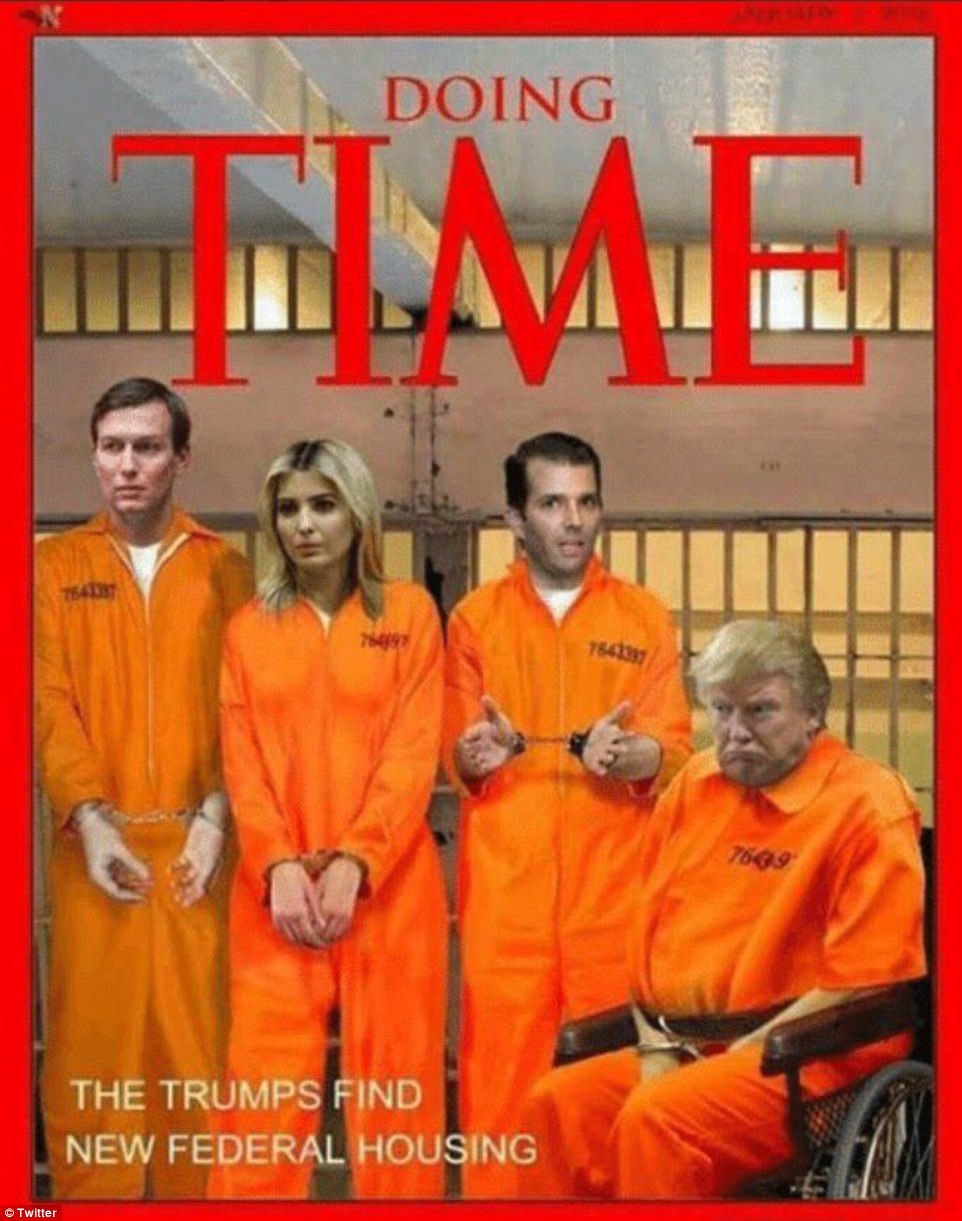 Orange is the new orange: This fake Time cover was mocked up, promising ‘new federal housing’ for the Trumps (l-r Eric, Ivanka, Don Jr and Donald) in the form of a prison 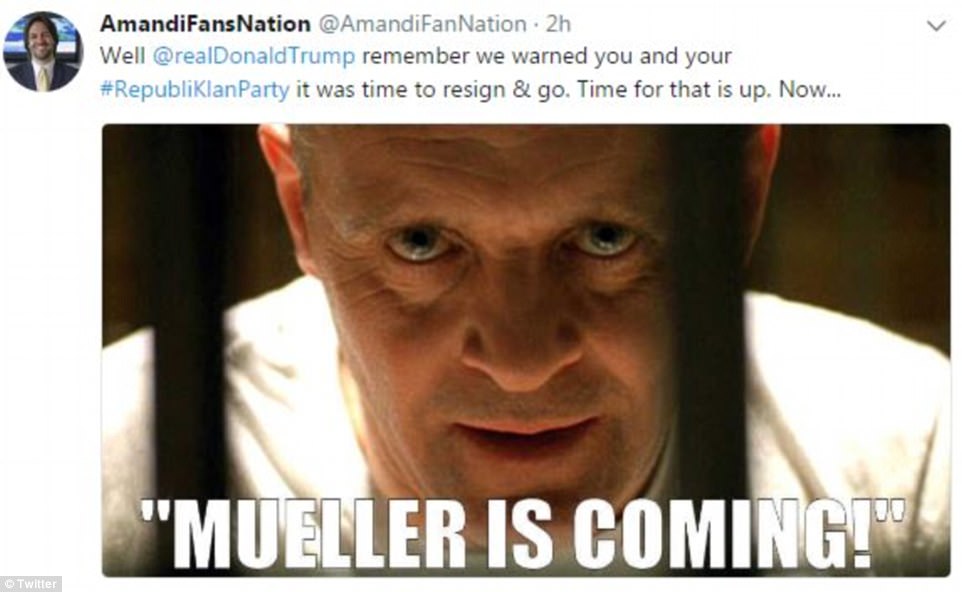 Lambs shanked? This user liked to imagine Hannibal Lecter from Silence of the Lambs going after the Trump administration 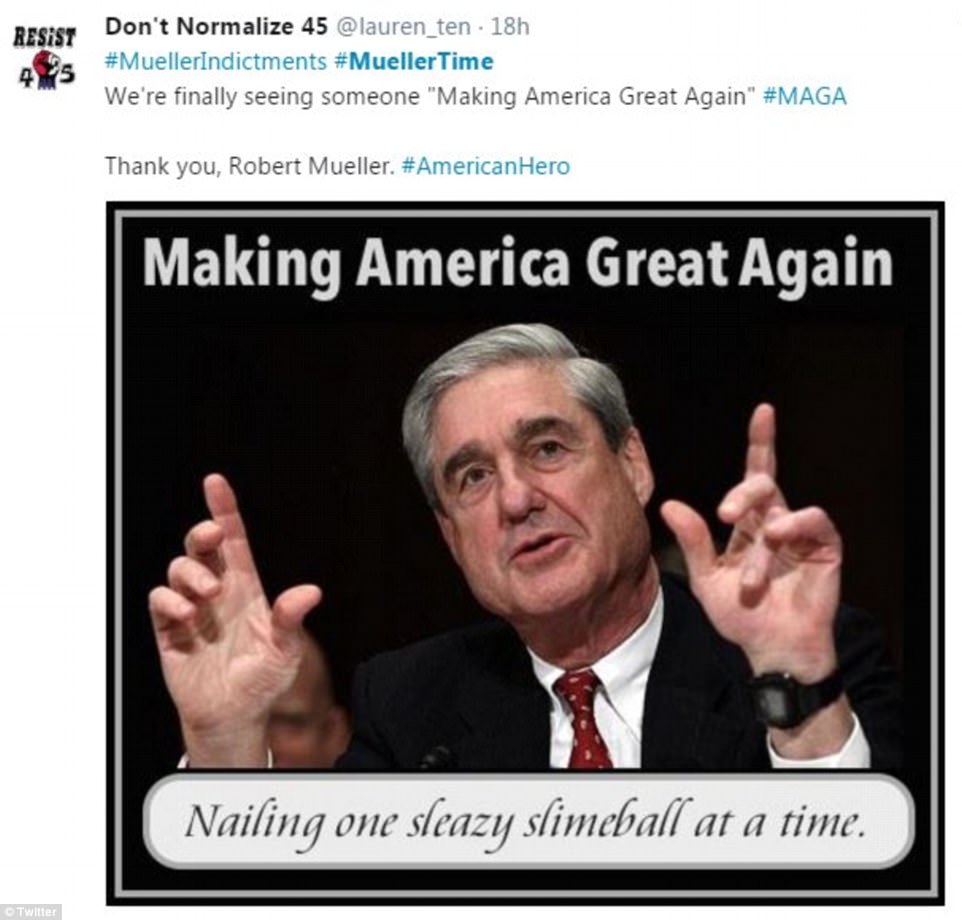 Great expectations: This user called Mueller an #AmericanHero for heading up the investigation into Russia’s involvement in the election 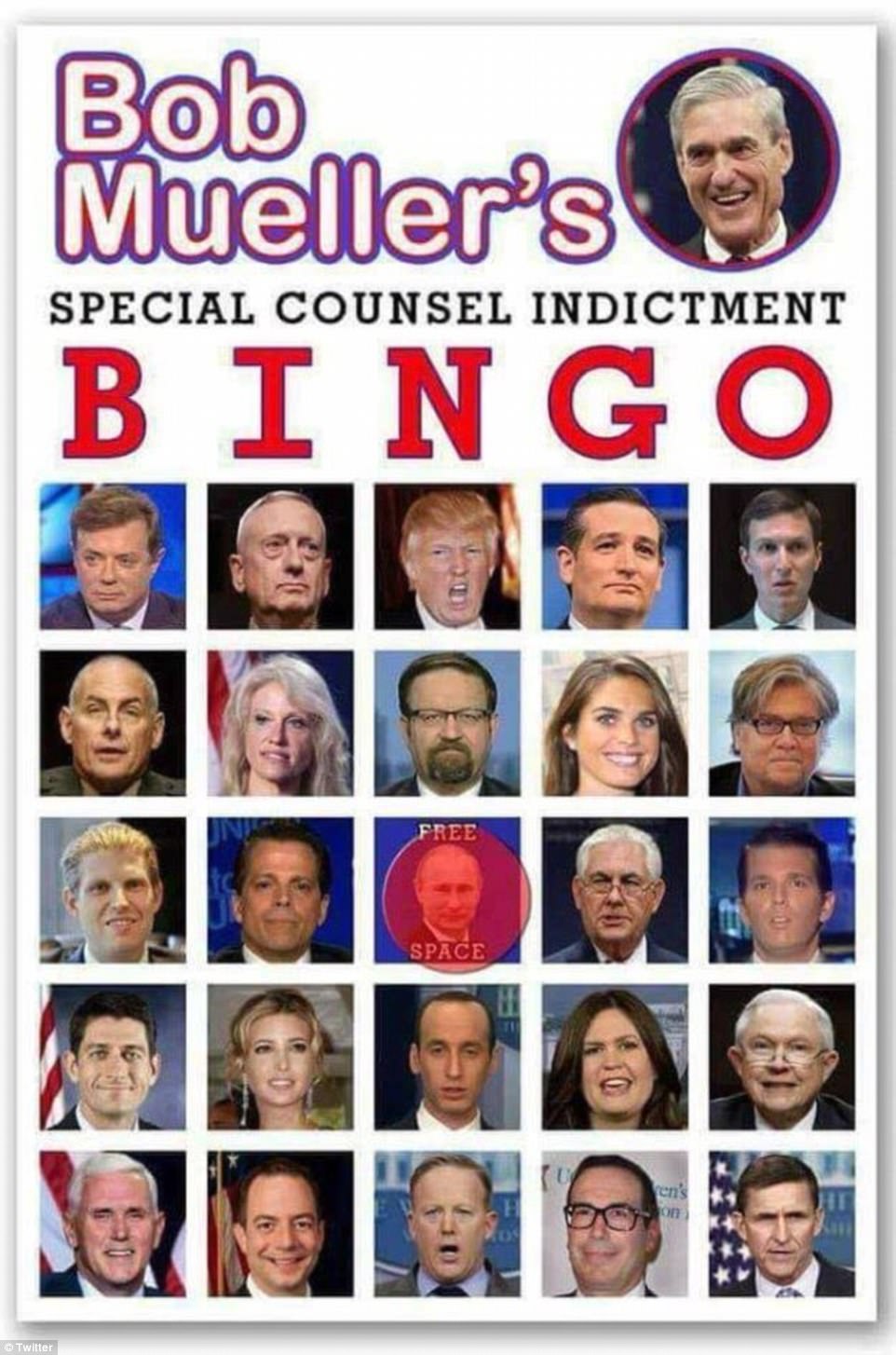 Full house? This user made a bingo card for people to play along at home – although it features many people who will likely not be involved in any investigation 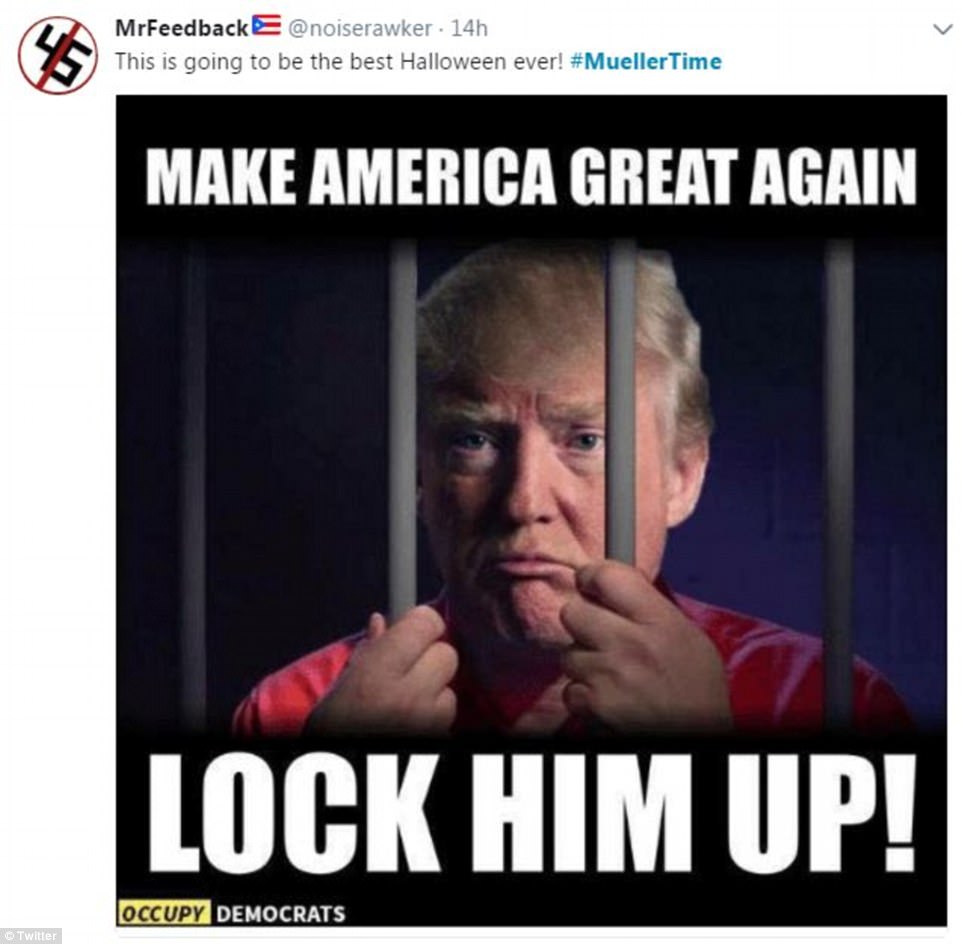 Bar humbug: Some of the tweets hoping for Trump to get jail time were reminiscent of the ‘lock her up’ slogans directed at Hillary Clinton during the election 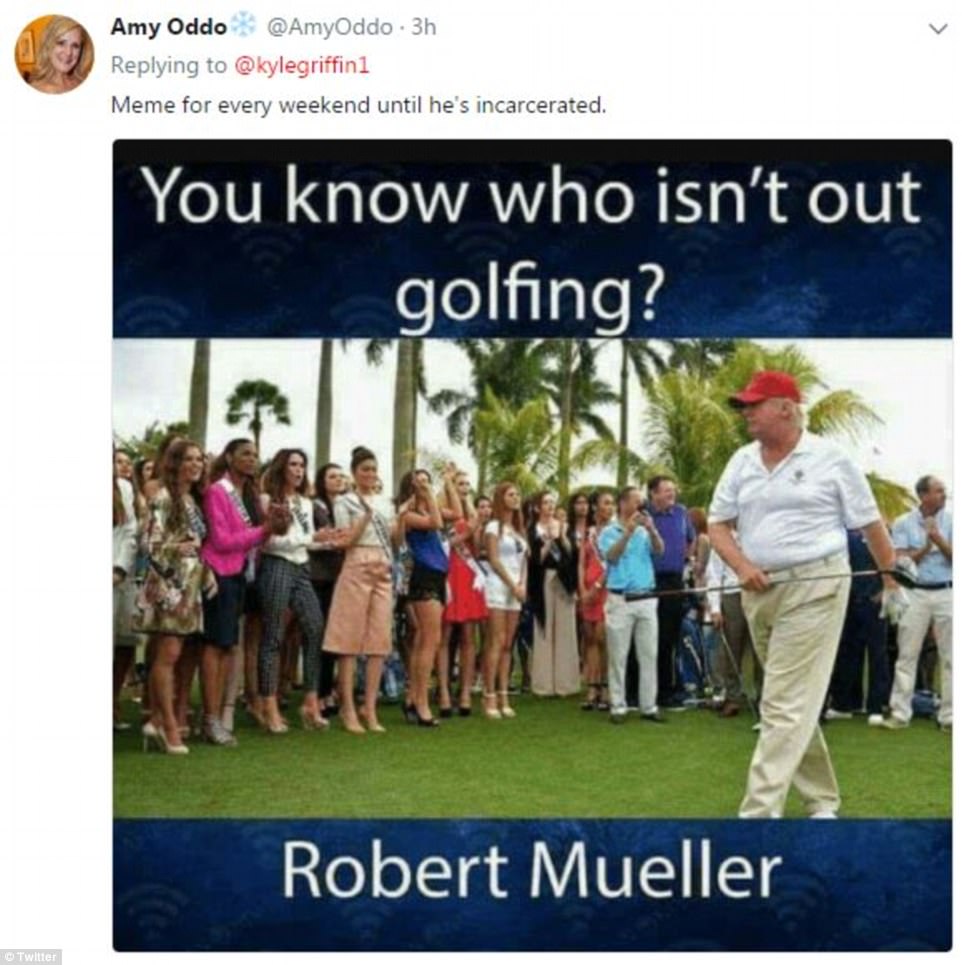 A hole lot of trouble? Trump’s constant visits to the golf course – more than Barack Obama racked up during an equivalent length of time – were painted as hubris by this user 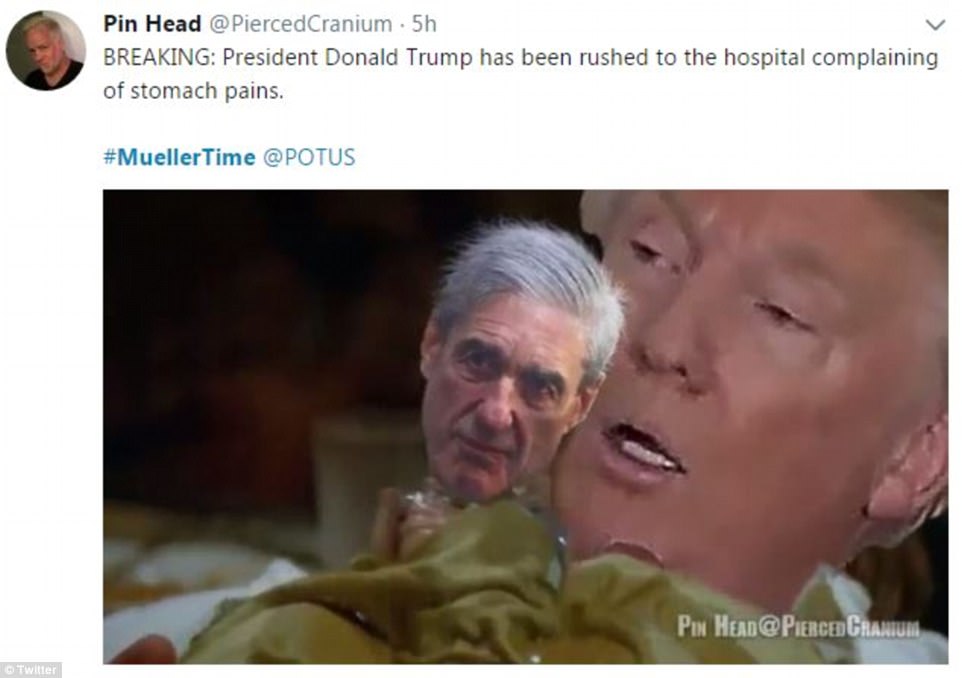 No-one can hear you scream! Mueller was turned into the infamous ‘chest burster’ from the Alien movies in this meme 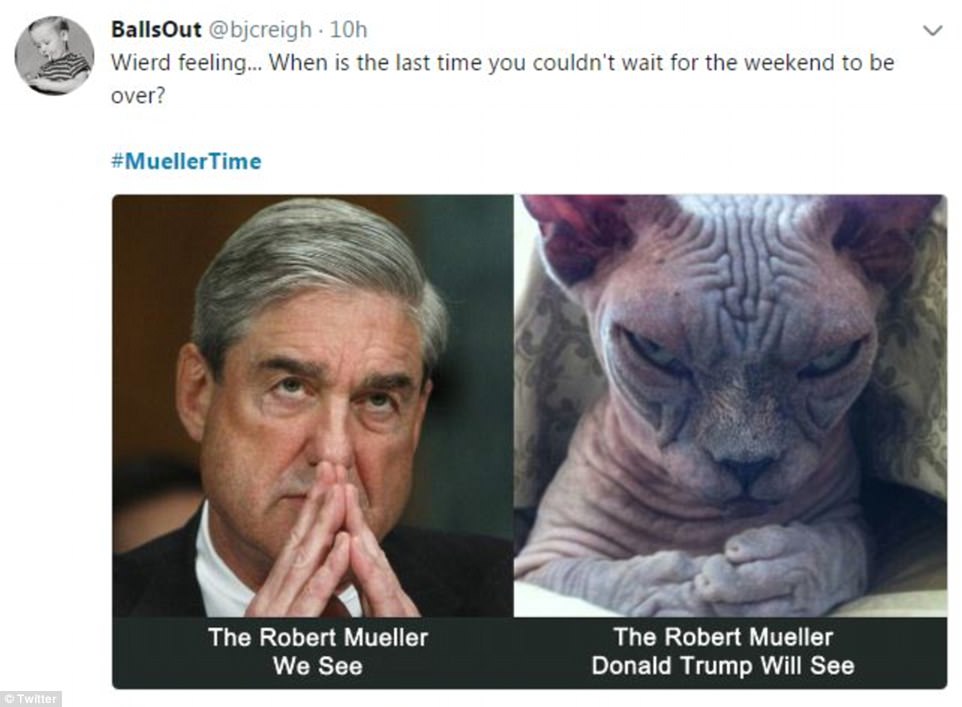 Kitty pride: This user, like many others, hoped for Donald Trump to see the wrong end of one of Mueller’s charges 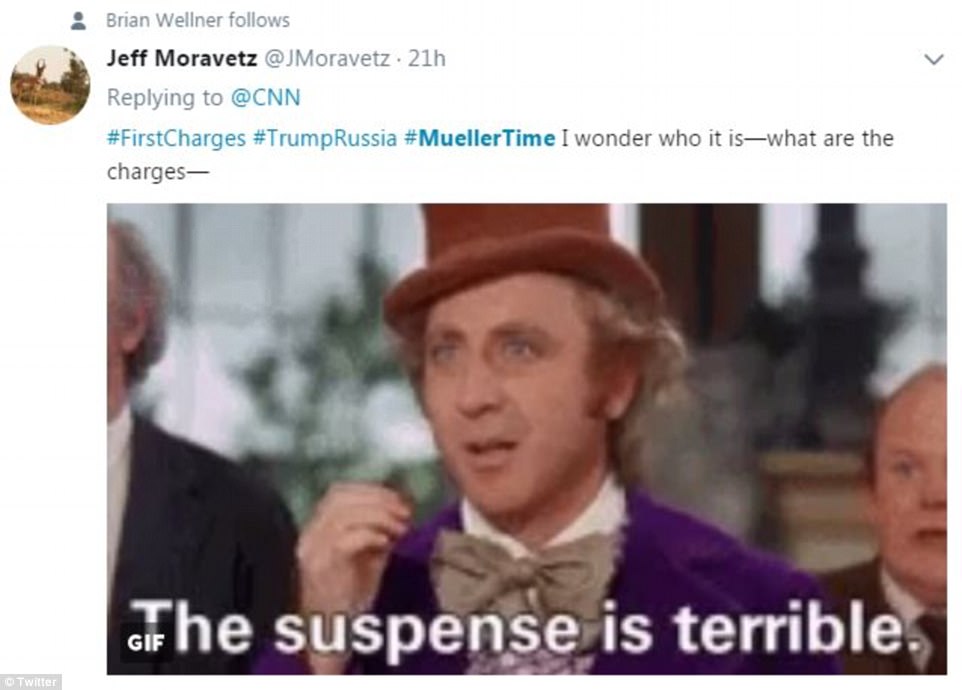 Kept in suspense: Gene Wilder’s Willy Wonka was wheeled out for this tweet, as the excitement over who might be first in cuffs bubbled over 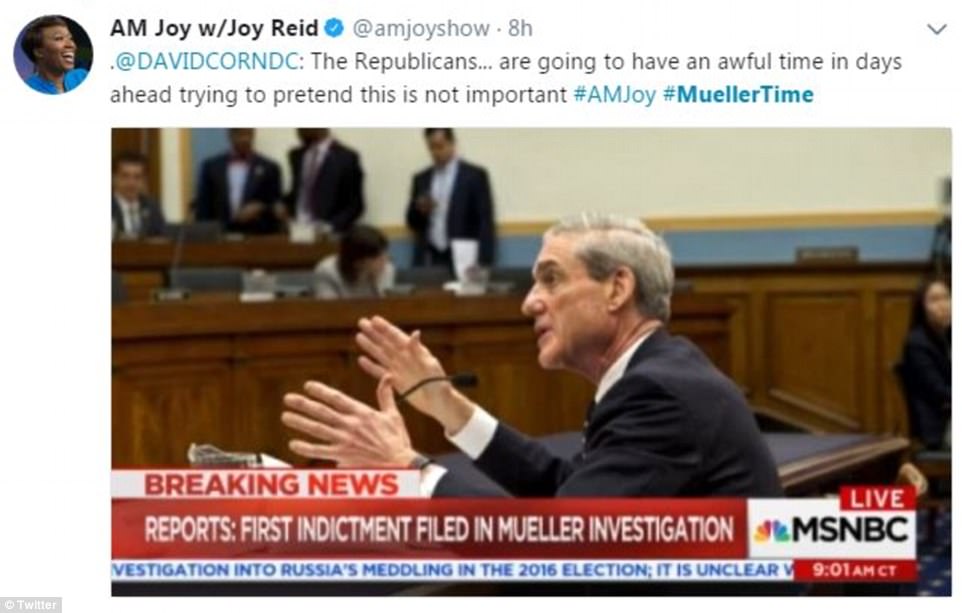 Let’s pretend? Joy Reid of MSNBC’s AM JOY show quipped that the GOP is going to struggle to pretend that Mueller’s investigation moving into the arrest phase is unimportant