Muller ‘horses around’ with four-legged friend after win

Bayern’s 5-0 victory in Tuesday’s first leg in Bavaria means the German champions are now cantering towards the quarter-finals.

Muller had a big hand in their brilliant win, netting either side of half-time to help Jupp Heynckes’s side put one hoof into the next round. 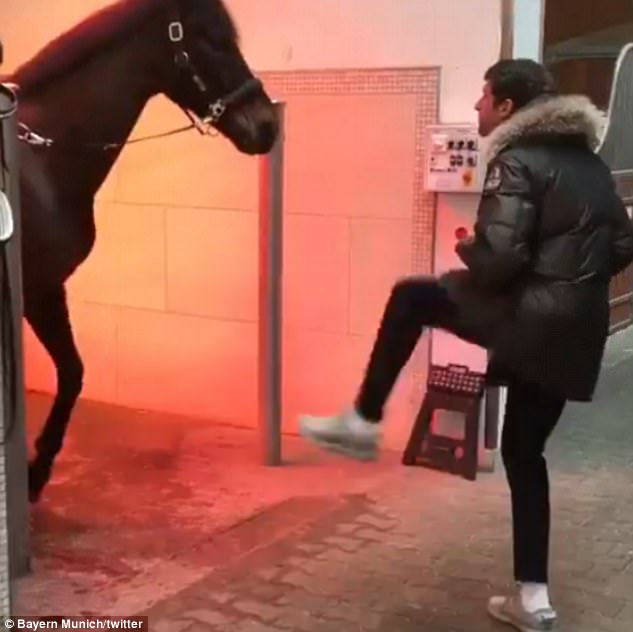 And following the Allianz Arena clash, Muller was seen enjoying a dance with his four-legged friend. In near-perfect symmetry, Muller and the horse cocked their left legs back and forth before doing the same with their right.

After the victory on Tuesday, Muller admitted that the sending off of Domagoj Vida after 16 minutes was a turning point in the game. 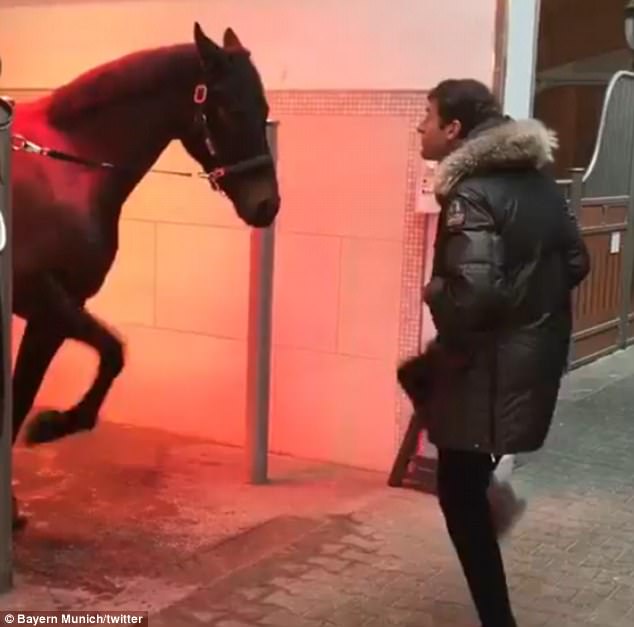 ‘Stop horsing around @esmuellert,’ the club wrote alongside the video on their official Twitter 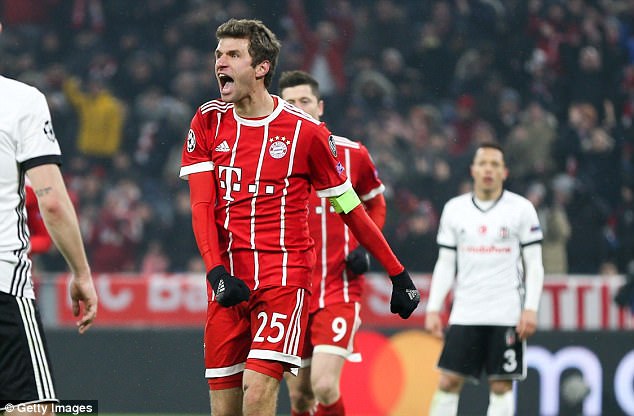 He told the club’s website: ‘The red card played right into our hands. We lacked aggression when we had the ball in the first half, we were a bit sluggish.

‘It changed abruptly in the second half, we really hit the gas. (Besiktas) were tired then.

‘It’s a superb result with regard to the return leg. We knew we had to deliver because it will be a different game altogether in Turkey.’