Multiple American citizens were among the dead and wounded in the Taliban’s 13-hour siege of an upscale hotel in the capital Kabul over the weekend that left 22 dead, the U.S. State Department said Tuesday.

No exact figures were immediately available for either the U.S. fatalities or injuries. The dead included 14 foreigners, Afghan officials said.

Eleven of the 14 foreigners had been previously identified as working for the private Afghan airline KamAir.

‘We offer our deepest condolences to the families and friends of those who were killed and wish for the speedy recovery of those wounded,’ the State Department said. ‘Out of respect for the families of the deceased, we have no further comment.’

Damage on the exterior of the Intercontinental Hotel after a deadly attack in Kabul, Afghanistan. Pictured Tuesday, January 23 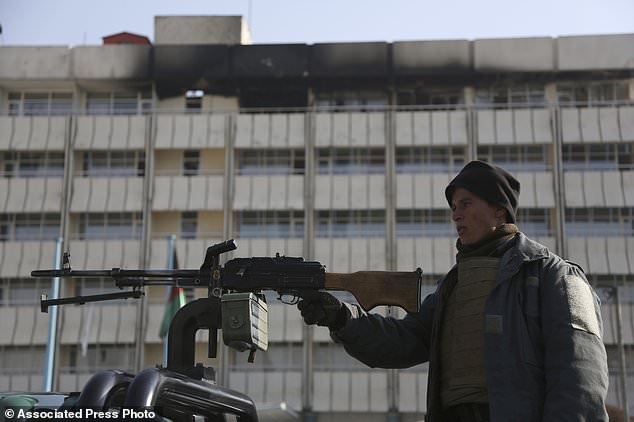 An Afghan police officer stands guard in front of the Intercontinental Hotel in Kabul, Afghanistan 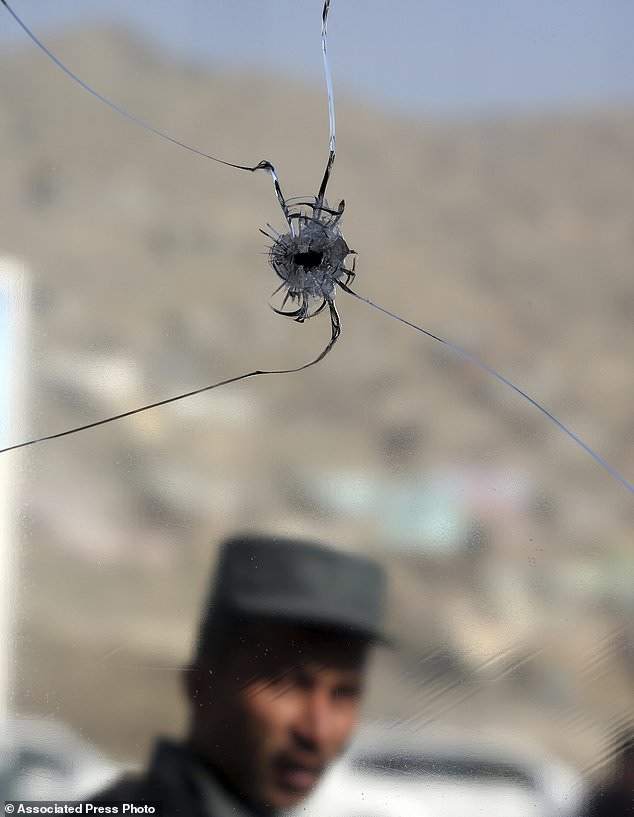 The siege at Kabul’s Intercontinental Hotel ended Sunday with Afghan security forces saying they had killed the last of six Taliban militants who stormed the hotel in suicide vests late the previous night, looking for foreigners and Afghan officials to kill.

More than 150 people were rescued or managed to escape including 41 foreigners. Some hid in bathtubs or under mattresses as the attackers roamed the hotel’s hallways killing people.

Afghan’s interior ministry said an investigation was underway to find out how the attackers got into the building so easily. 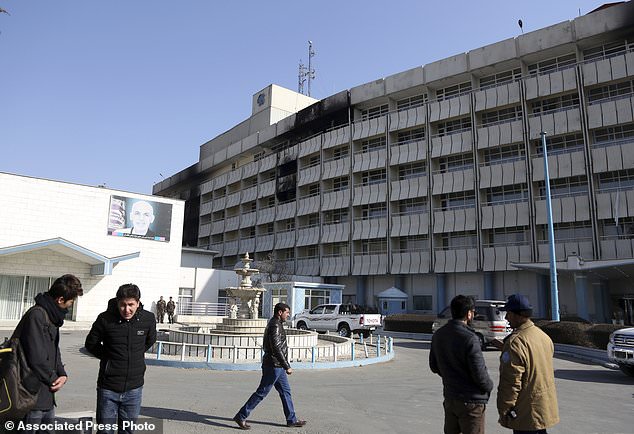 Najib Danish, spokesman for the interior ministry, said Tuesday that security forces also defused a vehicle full of explosives near the hotel after the siege ended.

The American deaths were the latest reminder of the continuing toll paid by the United States in Afghanistan, where local forces have struggled to fight the Taliban since the U.S. and NATO formally ended their combat mission in 2014.

President Donald Trump has pursued a plan that involves sending thousands more U.S. troops to Afghanistan and envisions shifting away from a ‘time-based’ approach to one that more explicitly links U.S. assistance to concrete results from the Afghan government. 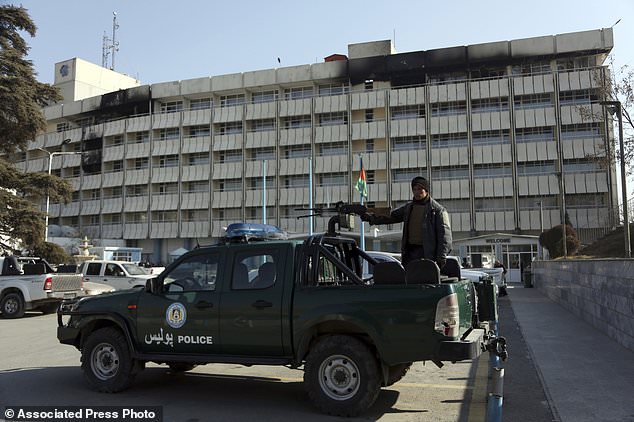 The siege ended on Sunday with Afghan security forces saying they had killed the last of six Taliban militants who stormed the hotel in suicide vests late the previous night, looking for foreigners and Afghan officials to kill 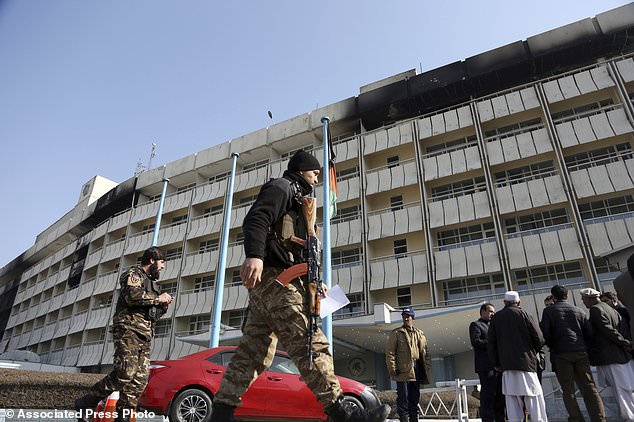 Afghan security personnel walk past the Intercontinental Hotel in Kabul, Afghanistan on Tuesday 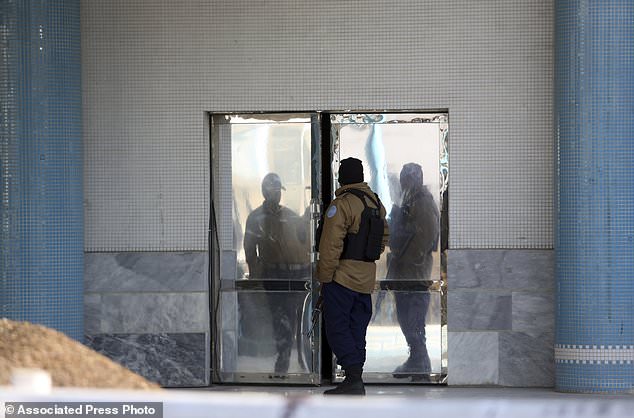 Trump’s U.N. envoy, Nikki Haley, said after a recent visit to Afghanistan that Trump’s policy was working and that peace talks between the government and the Taliban are closer than ever before.

It was unclear how seriously the injured Americans were wounded. In addition to the Americans killed in the attack, six Ukrainians, two Venezuelan pilots for KamAir and a citizen of Kazakhstan and a citizen of Germany were also killed, officials have said. 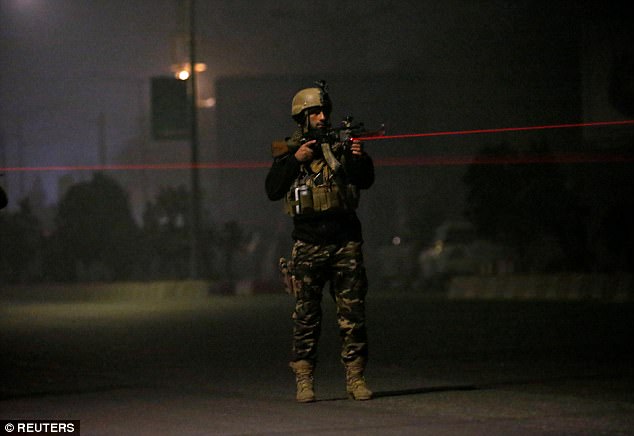 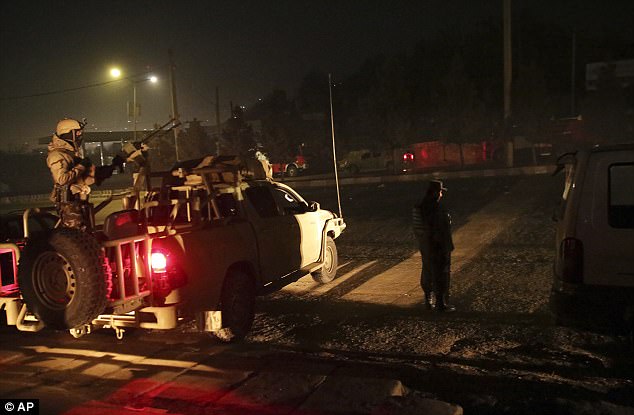 The Intercontinental Hotel in Kabul, Afghanistan was under siege by the gunmen for 13 hours, with six people killed (pictured, Afghan security forces at the scene)

Survivors of the attack gave harrowing accounts of the 13-hour standoff.

Two Greek pilots who were in Afghanistan to train local airline pilots said they survived the attack by hiding in their rooms – one inside a hollow he had cut in his mattress and the other in his bathtub.

‘We overturned the mattresses and messed up the rooms, then opened the balcony doors to make it look as if we had escaped that way,’ said one of the pilots, Michalis Poulikakos.