By James Robinson and Joe Riddle For Mailonline

Multiple people have been stabbed in Birmingham city centre, with police declaring a major incident.

West Midlands Police said there were ‘a number’ of victims, but the severity of their injuries was not immediately known.

Officers were called to reports of a stabbing in the city’s LGBT district at around 12.30am on Sunday.

‘A number of other stabbings were reported in the area shortly after’, police added.

In a statement, the force said: ‘We are aware of a number of injured people, but at the moment we are not in a position to say how many or how serious.

‘However, all emergency services are working together at the scene, and making sure that those who are injured receive medical care.

Multiple people have been stabbed in Birmingham city centre, with police declaring a major incident. Pictured: Police cordon off the area in Birmingham today

‘Work is still going on to establish what has happened, and could take some time before we are in a position to confirm anything.

‘At this early stage it would not be appropriate to speculate on the causes of the incident.’

Police said the response would be ongoing ‘for some time’ and cordons were in place.

Officers have today set up a cordon at the junction of Hurst Street and Bromsgrove Street.

The area is part of Birmingham’s Gay Village – an LGBT neighbourhood with a  thriving night life featuring clubs, bars and live entertainment.

The area is also where Birmingham’s Gay Pride event takes place each year.

People are being advised to avoid the area today, as police continue their investigations.

The incident comes after seven people were stabbed in London in a night of violence across the city on Friday.

A teenage boy was knifed on a train platform before another male was found with stab wounds at a neighbouring underground station after they had an ‘altercation’. 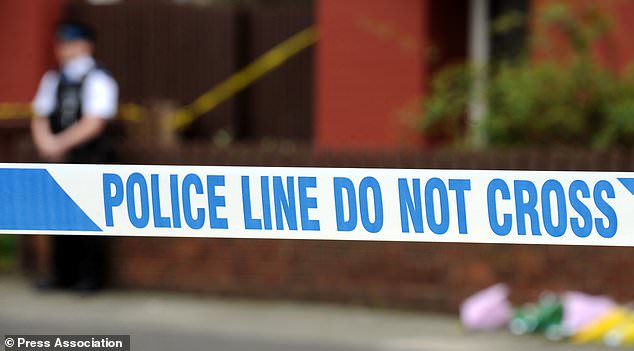 West Midlands Police said there were ‘a number’ of victims, but the severity of their injuries was not immediately known

The teenager was stabbed at West Ham Station at 6.50pm while the other victim was found at Abbey Road DLR Station after getting a train shortly afterwards.

Both were taken to hospital where they remain after being treated by paramedics.

Later, five men were stabbed on the Broadway in Bexleyheath at around 9.33pm.

One of the victims has potentially life-threatening injuries. Five men have been arrested on suspicion of causing GBH.