A mother-of-two was left red-faced after unwittingly cooking penis-shaped pasta for her two young daughters.

Rebecca Brett, 24, of Dunstable, accidentally bought the adult-themed pasta after her eldest daughter Ava, three, ‘begged’ her mother for what she believed were ‘smiley face’ shapes at their local market.

It wasn’t until Rebecca, who also has a seven-month-old baby girl, Emilia, had cooked the pasta for her daughters’ lunch that she realised the rude nature of their meal.

Rebecca Brett (left) with her family, including her fiance Simon Ridgeway and their two daughters: Ava, three (right), and Emilia, seven months (left) 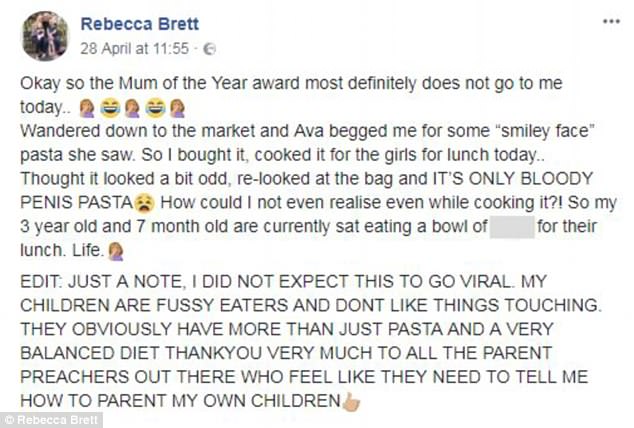 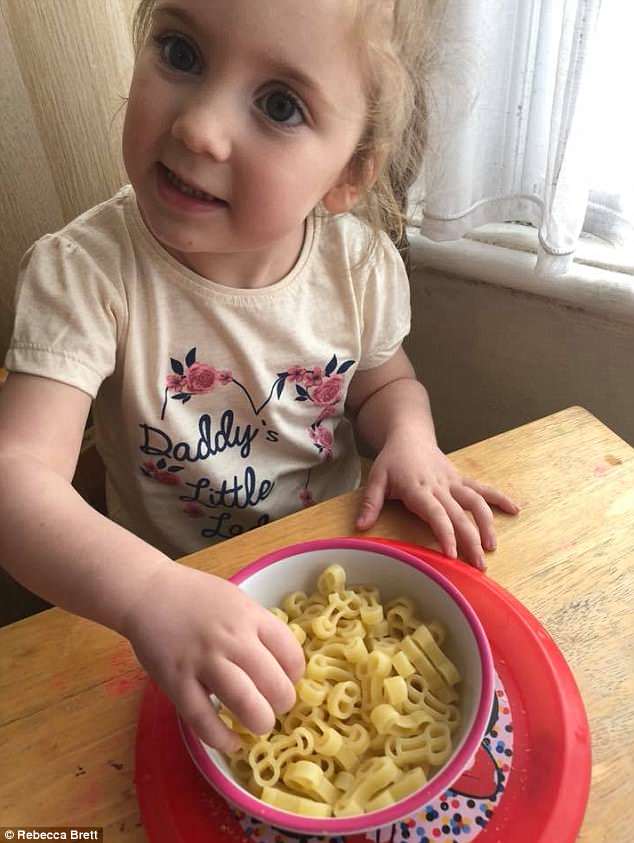 Realising the blunder, Rebecca, who is engaged to her daughters’ father Simon Ridgeway, shared the hilarious mishap on Facebook, where the post quickly went viral with more than 336,000 likes and 176,000 shares.

She wrote: ‘Okay so the Mum of the Year award most definitely does not go to me today.

‘Wandered down to the market and Ava begged me for some “smiley face” pasta she saw. So I bought it, cooked it for the girls for lunch today.

‘Thought it looked a bit odd, re-looked at the bag and IT’S ONLY BLOODY PENIS PASTA. How could I not even realise even while cooking it?! So my 3 year old and 7 month old are currently sat eating a bowl of d***s for their lunch. Life.’ 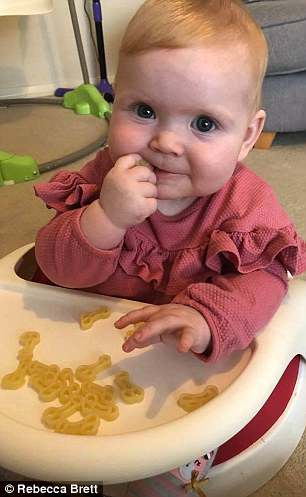 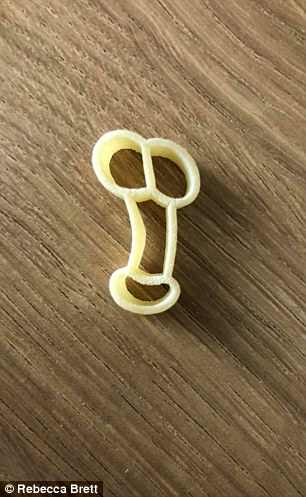 It wasn’t until Rebecca had cooked the pasta and served it to her two girls, including seven-month-old Emilia (left) that she realised the shapes weren’t smiley faces – but were novelty penis shapes

Thousands found the post hilarious with many mothers relating to Rebecca’s mix-up, though some criticised her for the ‘unbalanced’ meal.

She responded to her critics by saying that her children are ‘fussy eaters’, eat more than ‘just pasta’ and have a ‘very balanced diet’.

Rebecca has taken to her viral fame well, and said she never expected her post to go viral.

She said: ‘We’re all winging it as parents!’

Many mothers said they could imagine them doing the same thing.

Louise Morgan commented: ‘I would do this,’ while Cherie Kroheke said: ‘You get mother of the year lol made my day reading this.’