A husband was left devastated after his wife died from cervical cancer five years after medics wrongly recorded the results of a smear test as ‘normal’.

Mother-of-two Louisa Foster died in June 2013, two years after she was diagnosed with the disease. But doctors have admitted that they had missed a chance to inform Mrs Foster of possible abnormalities in 2008, three years before the diagnosis.

The Sheffield Teaching Hospitals NHS Foundation Trust admitted that if Louisa’s test results had been reported as ‘abnormal’ she would have been referred for more tests. With ‘appropriate treatment’ she ‘would not have developed cervical cancer’.

Widower Graeme Foster, 49, of Granborough, Buckinghamshire, said the error meant their children, Poppy, now 10, and Casper, now seven, were growing up without a mother. He added: ‘Louisa was everything to me and I miss her every day.’ 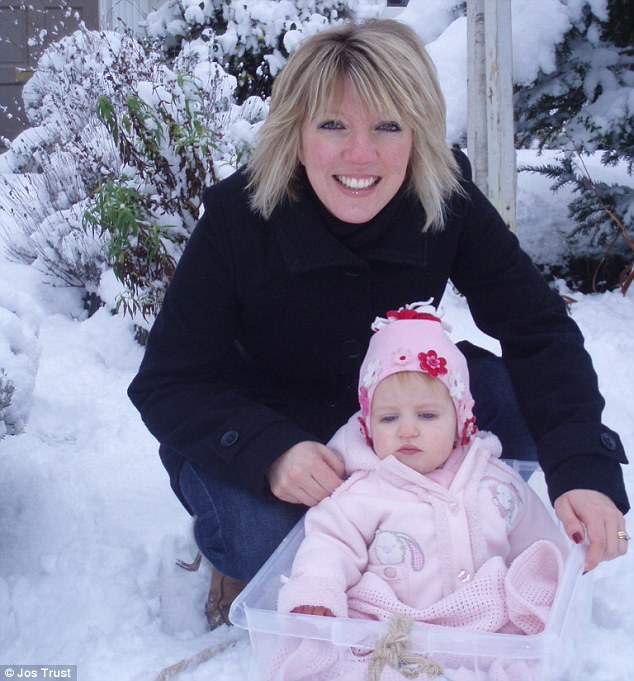 Louisa, pictured with daughter Poppy, went for a routine smear test in 2008 but doctors wrongly told her the results were ‘normal’, missing an opportunity for early treatment

Mr Foster said: ‘Louisa was a beautiful and caring person and a great mum. To see her health deteriorate as the cancer took hold of her was heartbreaking.

‘Although she was suffering extreme pain because of her illness, Louisa always tried to stay positive right to the end. She was more concerned about the wellbeing of others, especially Poppy and Casper.

‘Louisa was everything to me and I miss her every day. Our family had the rest of our lives to spend together and this has now been snatched away from us.

‘Louisa will never get to experience the up and downs of bringing up her children or be there to celebrate milestones such as Poppy and Casper sitting their exams, going to university or getting their first job.’ 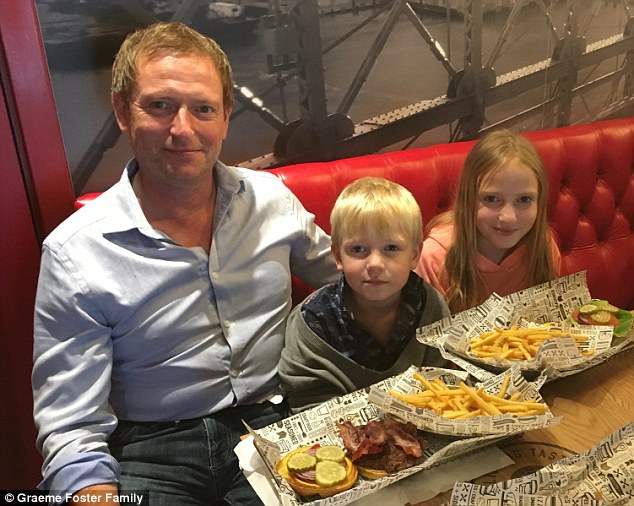 Graeme told how the illness robbed Poppy and Casper, pictured, of a life with their mother 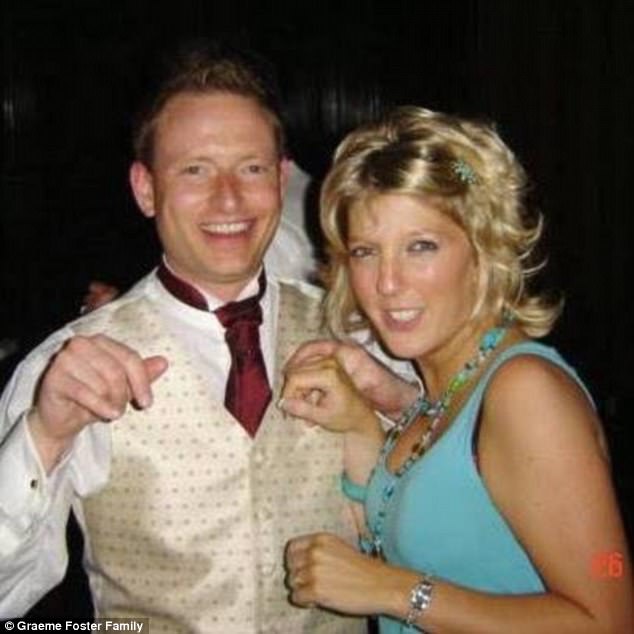 Graeme said his family’s life with Louisa, pictured together, had been ‘snatched’ away

Mrs Foster first underwent a test as part of the NHS Cervical Screening Programme at her GP surgery in July 2008.

Due to high demand for the service, and to meet national reporting targets, the test was sent to Sheffield for analysis.

The results were recorded as normal and Louisa was advised that she did not need another test for three years.

Had Louisa been given accurate results she could have sought further help and treatment before it was too late. My wife would still be alive and my children would still have their mum

After giving birth to Casper in December 2010, Louisa started to experience pain and discomfort. However she was told it was an infection and put on a course of antibiotics.

She continued to suffer symptoms of cervical cancer, including weight loss and severe pain in her back, pelvis and abdomen, over the coming months.

After seeing doctors on several occasions she was referred to a gynaecologist. After further tests and a biopsy, she was diagnosed with cervical cancer in April 2011.

Mrs Foster was told her cancer was incurable in late 2012. She was admitted to a hospice on 8 June, 2013, and died six days later. 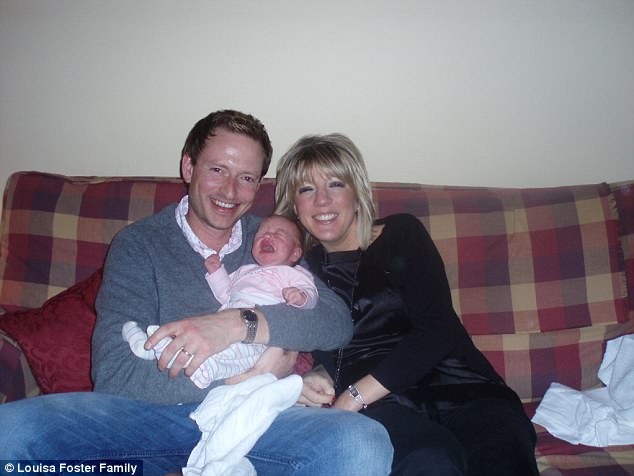 Louisa and Graeme, pictured with baby Poppy, now 10. They also have a son, Casper, seven 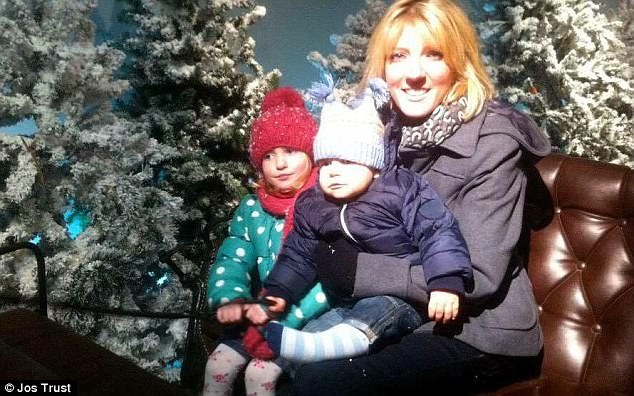 Her children, Poppy and Casper, pictured as toddlers, are now growing up without a mother 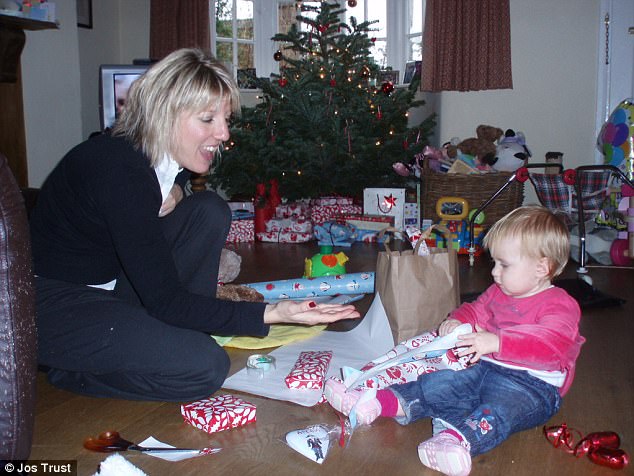 Mr Foster continued: ‘When Louisa started complaining of pain in her stomach and back and started losing weight shortly after giving birth to Casper I instinctively knew something wasn’t right.

What is a smear test?

Cervical screening isn’t a test for cancer, it’s a test to check the health of the cells of the cervix.

Most women’s test results show that everything is normal, but for around one in 20 women the test shows some abnormal changes in the cells of the cervix.

Most of these changes won’t lead to cervical cancer and the cells may go back to normal on their own.

But in some cases, the abnormal cells need to be removed so they can’t become cancerous.

Screening is usually carried out by the practice nurse at your GP clinic. You can ask to have a female doctor or nurse.

If possible, try to book an appointment during the middle of your menstrual cycle (usually 14 days from the start of your last period), as this can ensure a better sample of cells is taken.

It’s best to make your appointment for when you don’t have your period.

If you use a spermicide, a barrier method of contraception or a lubricant jelly, you shouldn’t use these for 24 hours before the test, as the chemicals they contain may affect the test.

‘However, the doctors seemed to think Louisa’s symptoms were connected to childbirth or she had an infection. We trusted their opinions and it’s only now that we know the doctors faced a tremendously difficult task because they were referring to incorrect information on her medical notes.

‘I appreciate those in the NHS face daily challenges but my family have paid the ultimate price because of the negligent recording of my wife’s results.

‘Had Louisa been given accurate results she could have sought further help and treatment before it was too late. My wife would still be alive and my children would still have their mum.

‘No women should have to go through the pain Louisa did. It’s so important that if any women feel they may have symptoms linked to cervical cancer they seek medical advice quickly, and if needs be don’t take no for an answer. I hope that no other families have to suffer the devastation that our family have.’

‘Although Louisa’s test results were recorded inaccurately it’s important women continue to take part in the NHS’ Cervical Screening Programme. We also join Graeme in encouraging any women who may think they have the symptoms of cervical cancer to seek medical advice at the earliest possible opportunity.’