A grief-stricken mother has revealed how she received a card from her ‘loving’ son the day after he was found hanged from a railway bridge.

Kristian Millard had won a long running battle with heroin and cocaine addiction but was crippled by debt after blowing his student loan to fund his online gambling habit.

The 40-year-old sent his mother a touching Moonpig card in time for Mother’s Day before hanging himself near his home in Hull in March.

The card, which features the last picture the mother and son had taken together, reads: ‘To the best mum. Lots of love, Kristian xx.’

At an inquest into her son’s death on Monday, Lyn Wilcock, 65, fought back tears as she said: ‘It was a Moonpig card, with photos of the two of us on it.

‘It arrived the day after he died, in time for Mother’s Day. One of the photos was taken in January – it was the last photo taken of him.

‘I’m devastated. He was a loving son. If only he’d have held on a little while longer, everything would have been ok. He sabotaged his life.

‘He had been off drugs for six years. We attended a ceremony at Renew, the drug and alcohol service. We had tears in our eyes. He was so proud that he’d beaten drugs. We all were.

‘But for Kristian, gambling was even more dangerous than heroin.’

Mr Millard left his mother a handwritten note before taking his life.

Mrs Wilcock, who lives in Gilberdyke in Hull with her 71-year-old husband Ian, said: ‘In the note, Kristian had written: ‘I have another addiction. I can’t go through it again.’

She told the inquest heard how Mr Millard had lost £980 in one day, adding: ‘He’d been gambling for three years.

‘The only thing he was in credit with was his gas and electricity. And that’s only because they were pre-paid.

‘Kristian was being bombarded with emails from online betting companies offering him free bets. He got completely sucked in.’ 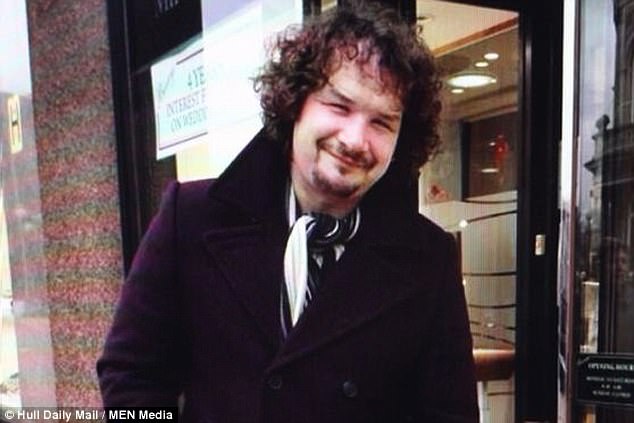 A cyclist had been on his way to work at St Andrew’s Quay in Hull when he discovered Mr Millard’s body at 3am on March 23.

Emergency services were called and firefighters cut down Mr Millard’s body but he had been dead some time, the inquest was told.

In 2011, Mr Millard kicked his drug habit by completing a 12-step detox programme.

But he was plagued by depression which first presented itself in childhood when he had attempted to take his own life by staking an overdose, the inquest heard.

In July 2015, he was diagnosed with borderline personality disorder and in the weeks before his death Mr Millard had attended appointments with Humber NHS Foundation Trust for help dealing with anxiety and depression. 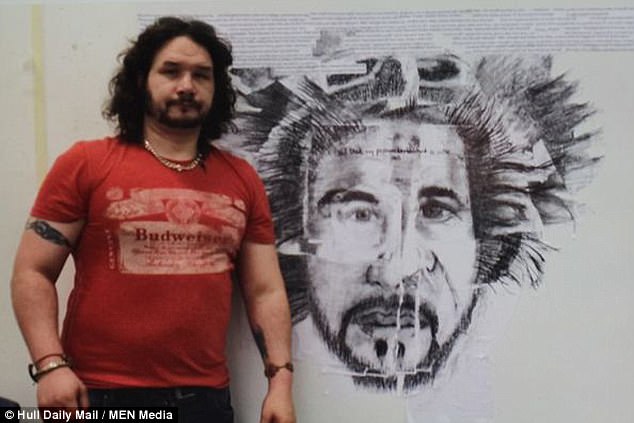 The inquest heard while Mr Millard had expressed suicidal thoughts, he had not tried to take his own life since the attempt made during his childhood.

Tests carried out on his body showed the presence of prescription drugs, all of which were said to have been in the therapeutic range. No traces of illicit drugs or alcohol were found.

Rosemary Baxter, coroner for Hull and the East Riding, said Mr Millard’s note, his battle with depression and the lack of illicit drugs or alcohol in his system led her to reach a suicide conclusion.

‘I am satisfied beyond all reasonable doubt that Kristian took his own life and that he intended to do so,’ she said.