A mother-of-two who found a new career as a baker is learning that you can have your cake – and turn it into a successful business too.

Beck Jericho, 33, had been teaching full-time for eight years when she decided to turn her focus into baking cakes.

With her husband working 14-16 hours a day as a pilot with Tigerair, Beck wanted a job where she could be there for her family and watch her two young sons grow up.

‘I really love working with children, but teaching these days isn’t just a 9 to 3 job with awesome holidays,’ she told Daily Mail Australia.

Beck Jericho, 33, had been teaching full-time for eight years when she decided to turn her focus to baking cakes so she could spend more times with her boys (pictured with son Cooper) 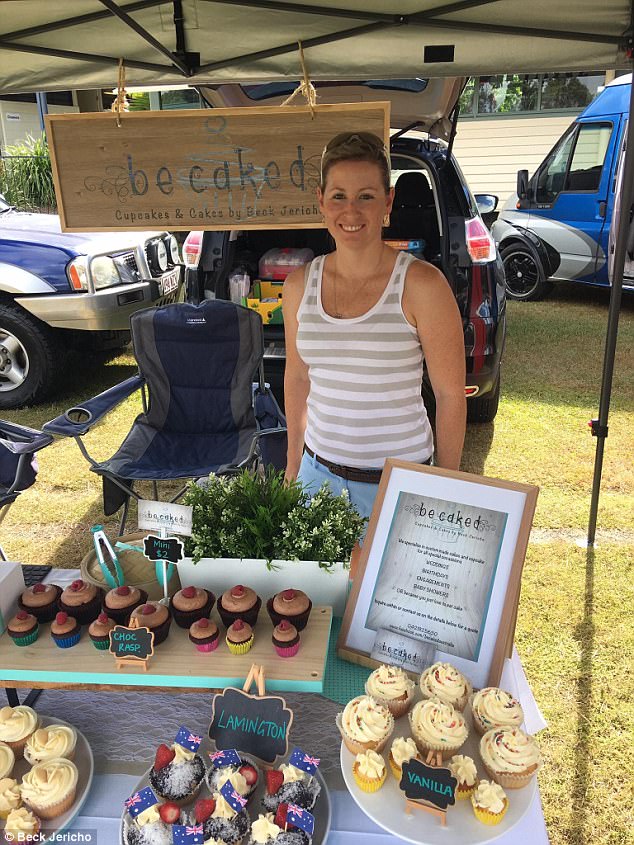 ‘There is a lot of work done outside of these hours and I just didn’t feel, with two young children at home and a husband away, that I could give the job everything it needed.’

‘I’m a very dedicated teacher. Each year my class became my extended family, so the children also became my own. Now with two of my own, it was getting harder to juggle.’

With her four-year-old son, Harry, just a year away from full-time school, and one-year-old Cooper taking his first steps, Beck knew she wanted to make the most of the time she had with her boys.

And so the Sunshine Coast mum decided to follow a passion that had been growing since she was a little girl.

‘I was very lucky to have my nana living with us growing up, and she taught me (along with my mum) how to cook and bake,’ Beck said.

‘I keep her love for cooking and being creative alive in every cake I make. Even before kids, when I had some free time I would often bake or try out new recipes just for fun.’ 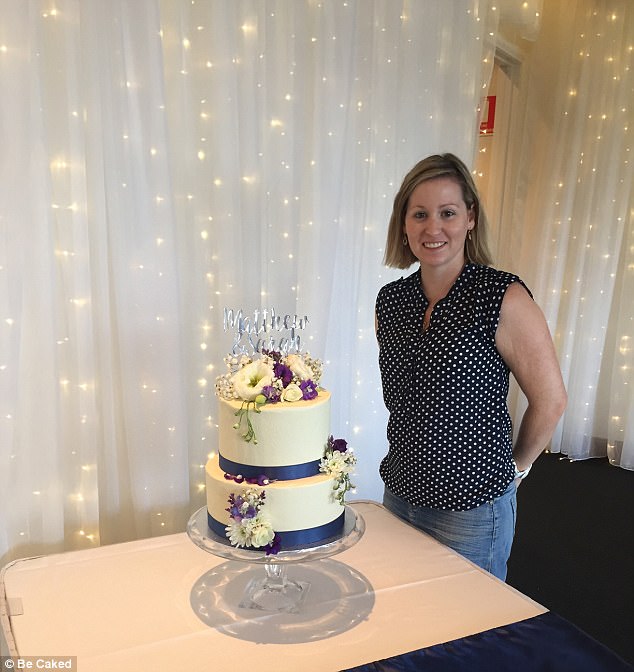 Beck, who is self-taught, practiced her talent with the help of YouTube, Pinterest, and contacts she had made in the cake industry 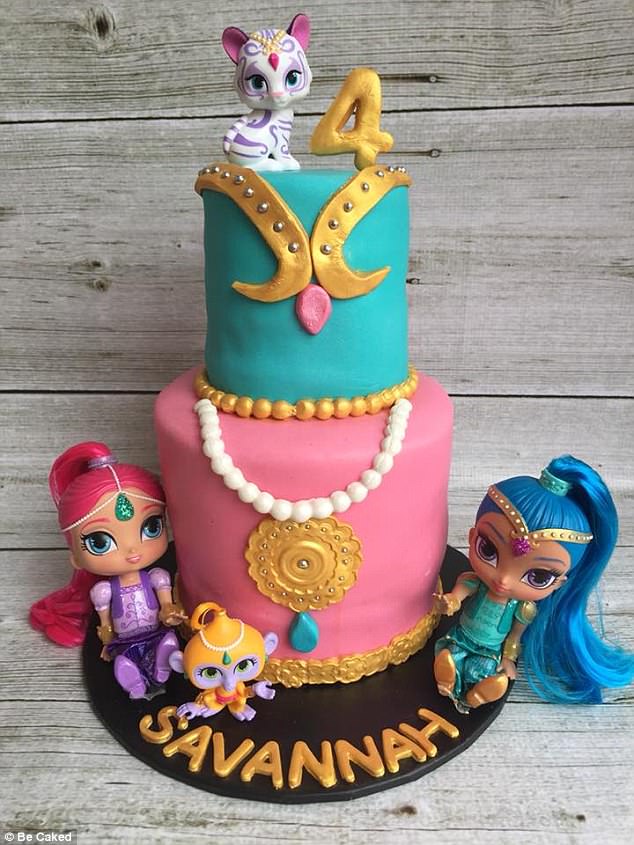 Soon people were telling the Sunshine Coast mum that she made great cakes that tasted delicious too, and encouraged her to start selling them

Not long after she first started teaching, Beck enrolled in a Wilton Cake Decorating beginner’s course. 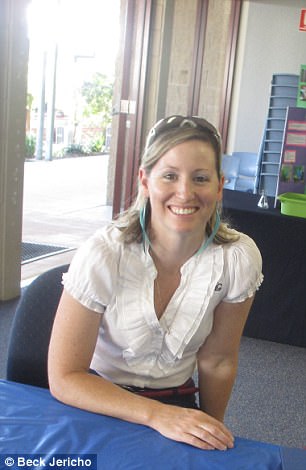 Beck began making even more cakes for family and friends while she was on maternity leave with Harry, and word began to spread

‘I was craving an outlet for my creativity and to have some fun,’ she said.

‘I loved it! But I wasn’t very good and when I look back at some of my earlier creations, I cringe.’

But Beck kept at it, practicing with the help of YouTube, Pinterest, and contacts she had made in the cake industry.

Beck began making even more cakes for family and friends while she was on maternity leave with Harry, and word began to spread.

‘Over time friends and family became friends of friends and for the next few years I worked part-time teaching and made cakes on the days I was home.’

But then Cooper was born and her husband joined Tigerair. Suddenly, things became a lot more hectic.

‘My desire to be my own boss, set my own hours, and be able to take my kids on play dates and enjoy them while they are young sparked my interest to take a risk – which I’m not very good at doing – and make Be Caked something bigger,’ she said.

Yet turning her passion into a business wasn’t without a number of obstacles. 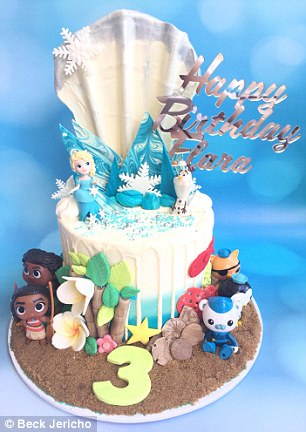 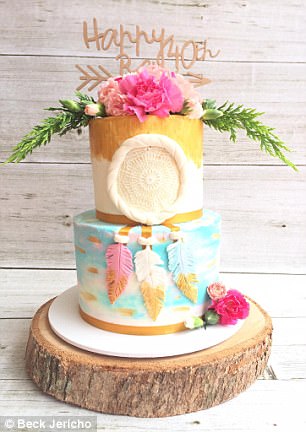 As she started her own business, Beck found that the biggest obstacle she had to overcome was herself as she worried about providing for her family 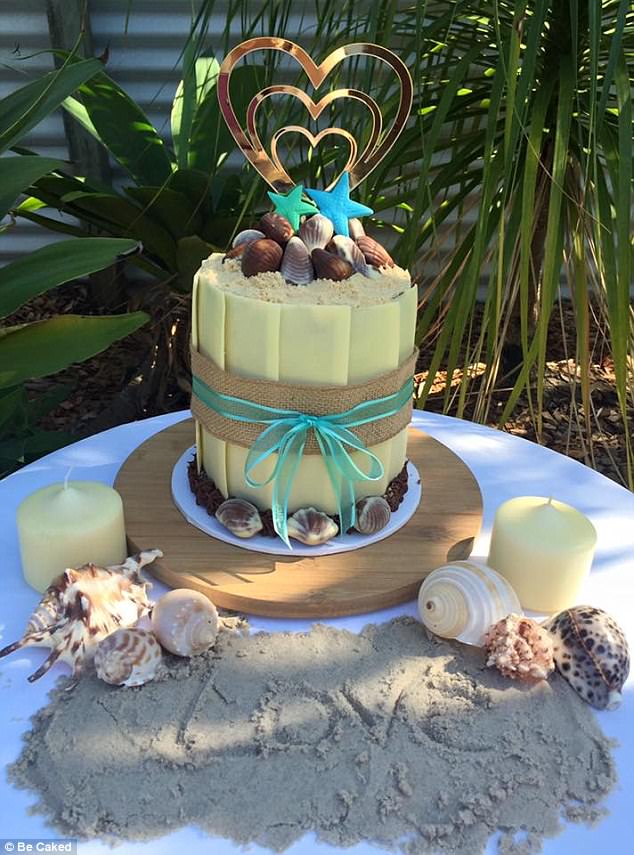 While some days feel almost impossible, Beck said the hard work is worth it every time one of her clients come to pick up a cake

Beck had to find a local commercial kitchen space to bake her cakes, register for the correct food safety licenses, and often worked late into the night at home to finish her cake decorations.

But Beck found that the biggest obstacle she had to overcome was herself.

‘It’s scary and there are many unknown factors – like where to even start when it comes to the legalities and correct forms to use,’ she said.

‘Taking risks is hard sometimes when you still have to provide for the family. And when you run your own business, it sometimes feels like you’re working 24/7.’

‘But everything I put into my business directly helps my family, so it’s worth it.’

While some days feel almost impossible, Beck said the hard work is worth it every time one of her clients comes to pick up a cake.

‘After the hours of work spent, it really does make you feel good to see their face light up with amazement when they see their finished cake for the first time,’ she said.

‘I also enjoy designing the cake from scratch on paper, and then watching that drawing actually come to life with a cake. It’s awesome.’ 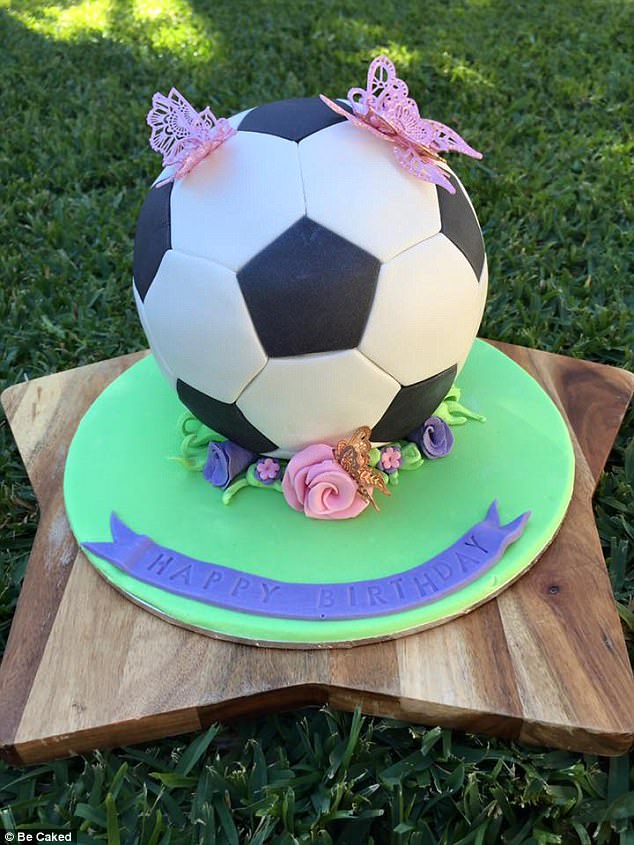 The busy baker had 12 cake orders alone in the lead up to Christmas, and already has five wedding cake orders booked for 2018. She is also in high demand for birthday cakes

‘There have been lots of tears at times when things don’t go to plan, or you’re tired and really want to sleep but you have to get the cake finished. Yet once it’s completed, you feel great.’

Beck also has more flexibility than ever before in her schedule, and can usually fit her cakes around whatever plans she has with her boys.

The busy baker had 12 cake orders alone in the lead up to Christmas, and already has a number of birthday cakes and five wedding cake orders booked for 2018.

‘I hope to get into the wedding cake industry more, as I love being able to be a part of something special,’ Beck said.

Beck did her first market stall last month and is now collaborating with other local businesses run by mums. She dreams of one day opening up her own shop front.

And Beck hopes her story can inspire other mums to follow their passions as well.

‘If you really want to do something, you find the time and you make it a priority, even if it is in the wee hours of the night,’ she said. 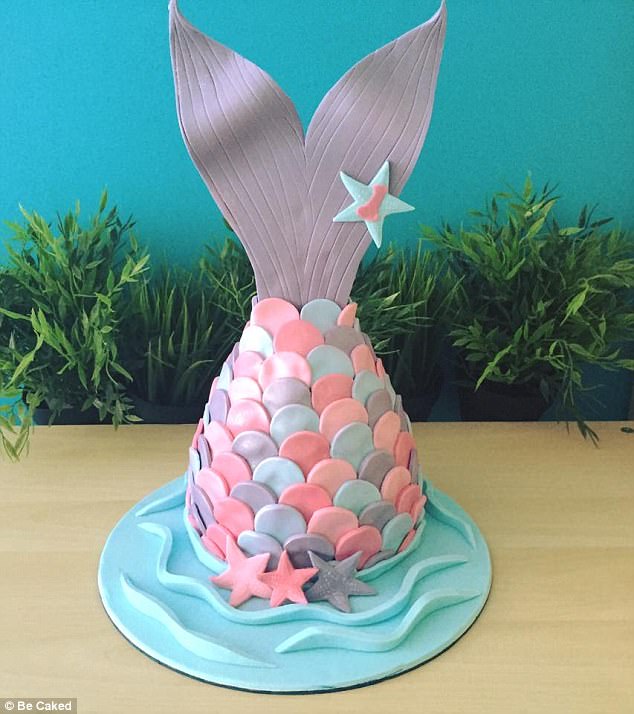 Beck did her first market stall last month and is now collaborating with other local businesses run by mums. She hopes to one day open up her own shop front

‘As scary and risky as it might seem, some of the smallest ideas have been sparked from mums who haven’t been able to find what they need and these have turned into great businesses.’

While cakes were never something Beck had planned to pursue as a career, she now wouldn’t have it any other way.

‘It’s terrifying some days, especially when you send out quotes and get no replies,’ she said.

‘But then there are the days you get someone asking for a wedding cake and they accept your quote it’s awesome.’

‘It’s exciting knowing that I have the power to turn my own business into something amazing.’