Now that’s a laundry system! Mum reveals how she streamlined her family’s washing with the help of a clever storage system from IKEA

A savvy Australian mum has revealed how she created a streamlined system for her family’s laundry that puts an end to mess and gets her kids involved in the process too.

The woman explained she created the system because she was ‘sick of sorting dirty washing and having piles of clothes all over the floor’.

‘A quick trip to IKEA and I found the Algot range which was perfect,’ she posted on Facebook. 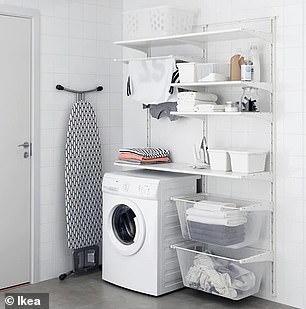 ‘Mine are the older design but the new is very similar,’ she wrote alongside snaps showing her well-organised laundry.

IKEA’s Algot range is comprised of various shelving storage solutions. The store is currently selling one system dedicated to laundry organisation for $199.

The mum continued saying by ensuring her kids put their dirty washing into the correct containers means all she needs to do is empty each already sorted container into the washing machine when full.

‘Once things are washed, I hang all tops on hangers, black velvet for things that hang in the wardrobe and white plastic for pjs (sic) and gym tops that get folded.’ 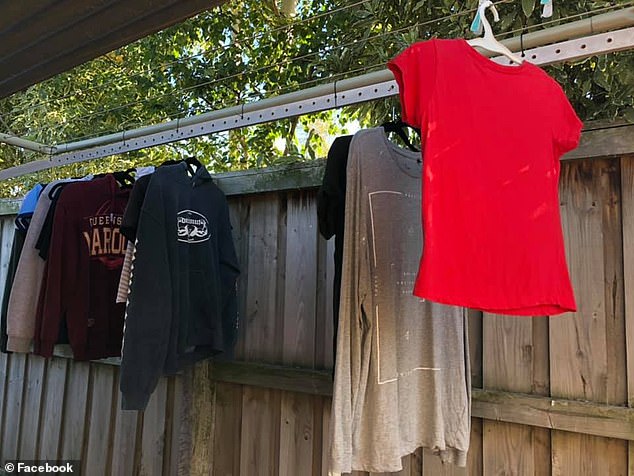 The clever mum said her system also extends to how she dries clothing as well, and her move has put an end to folding and sorting.

‘I hang everything in people order on the washing line and made a rack that is cable tied to the line making it easier to hang the hangers and stops it all sliding into one another.

‘This is just an old skirting board I found in the garage which has held up well over summer. But I will make a sturdier one now the rain has arrived,’ she said. 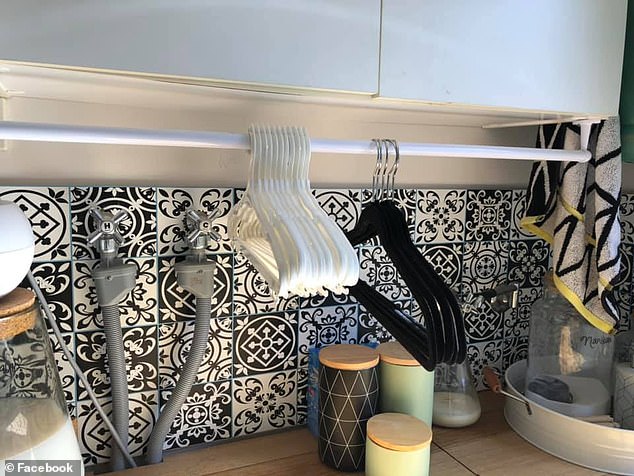 Once the washing is dry, her girls collect their clothing and put this straight into their cupboards:

‘Anything on white hangers, they know to fold and they give me back the hangers which are hung on a rail under the cupboard overhead.

‘They also give me all their empty black hangers on washing days. Socks and undies get washed once a week and chucked in the drier coz (sic) I really hate hanging them!’. 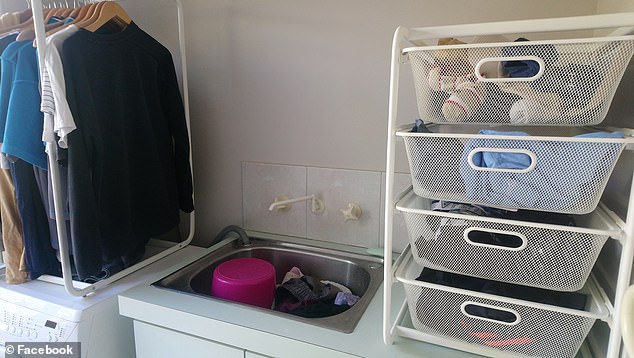 The organised mum’s post has gained plenty of attention online with many other mums saying they thought it was a brilliant idea for dealing with the problem of a messy laundry.

‘This is fabulous! A little hard work to make things easier in the long term. Well done,’ one said.

Another said: ‘This is such an awesome idea. Great for kids to get involved helping. Love it.’ 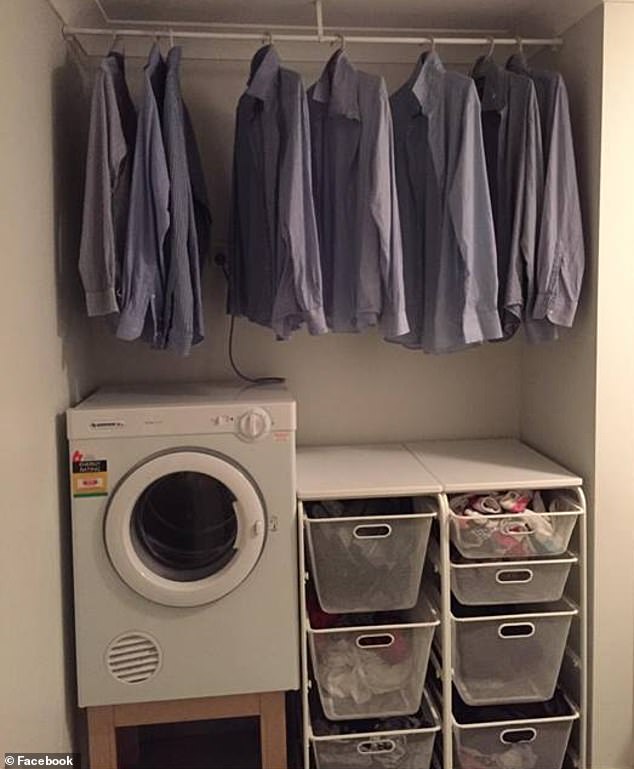 Others were also keen to share their version of the laundry system which also uses IKEA’s Algot storage solutions.

‘I also use the Algot just for the older teens floor,’ wrote one alongside her photo.

‘So the clothes don’t end up on the floor mixed with the dirty clothes then rewashed and they’re not sitting somewhere waiting to be put away. It’s so much easier.’

Another wrote: ‘I use the Algot range too. It’s been a game changer for me!’.